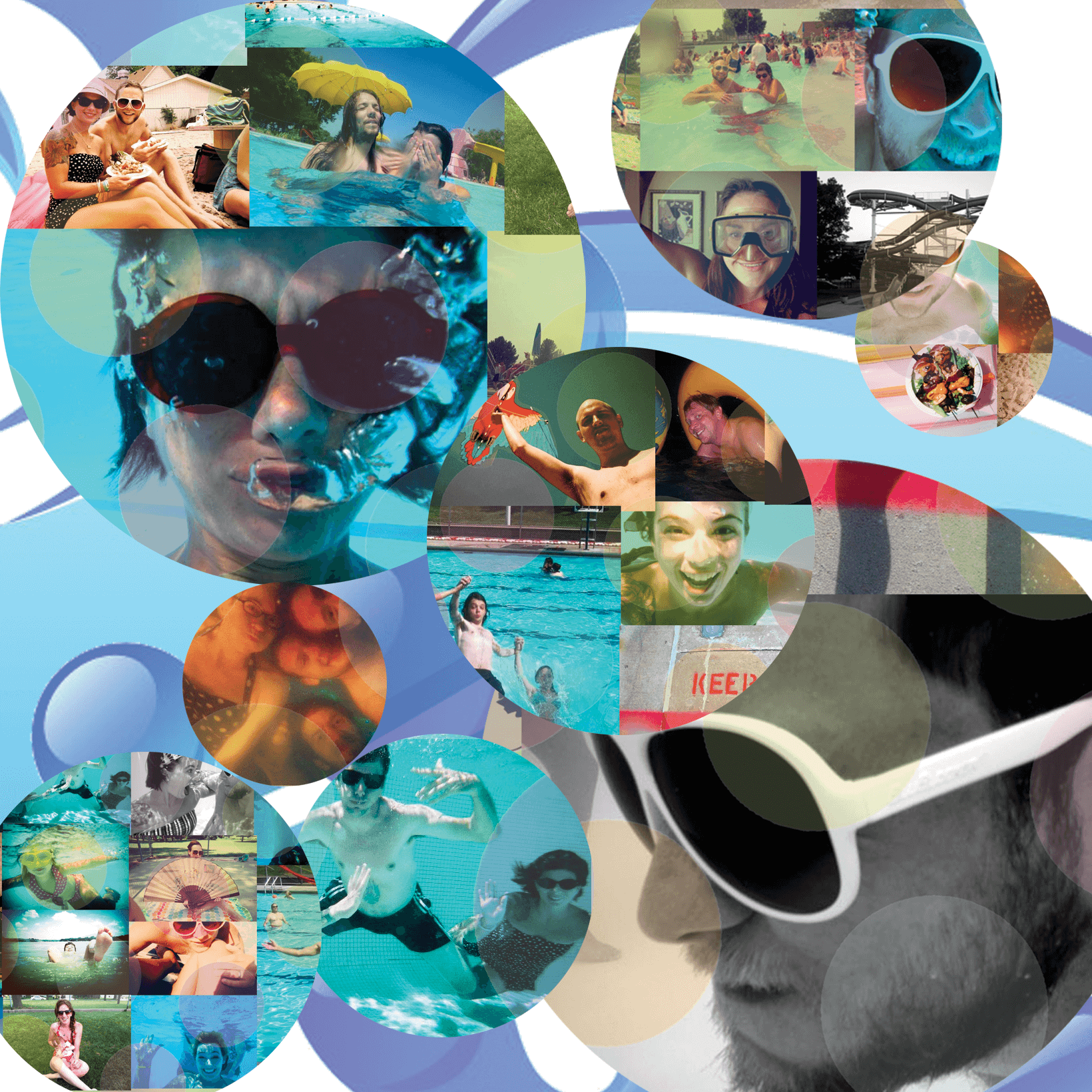 Social networking has become such an inextricable part of our everyday lives that sometimes it’s hard to remember a time before Facebook. Now that we can access these sites through our smart phones, we don’t even have to be near a computer to log on. It’s a constant barrage of status updates, new “friend” requests and photos. Could this perpetual connection to the world of cyberspace leave us disconnected from the real world?

Recently, Katherine Losse, one of Facebook’s former top executives and the personal ghost writer to company founder Mark Zuckerberg, released a book about the negative effects of excessive exposure to social networking sites. She quit the company in 2010 due, in large part, to her growing concern over the way social networks were affecting her real-life relationships. She even went so far as to move from California to a small town in Texas and shut down her Facebook account in order to set out and rejoin the real world. Her life improved so dramatically after making these changes that she felt inspired to document her experiences in a book called The Boy Kings: A Journey Into the Heart of the Social Network.

While Losse and many other experts are adamant that society’s obsession with online interaction is entirely negative, some people are determined to see the positive side to social networking. Many individuals are utilizing Facebook groups and online event invites to orchestrate face-to-face get togethers in their community. A prime example of this is Omaha’s own “Polka-Dot Bikini Club.” Created by Hear Nebraska’s Angie Norman, the online community brings local Omaha and Lincoln residents together at a different pool or lake every Sunday during the summer months. During the winter months,  members continue to utilize the group by posting pictures of bikinis, beaches and sunny weather to excite anticipation for an upcoming summer season.

With more than 225 members, the Polka-Dot Bikini Club manages to connect local residents in a face-to-face environment and provides an opportunity for group members to actually meet in person. It also utilizes online interaction and manages to get people up from behind their computers and out into the real world.

We recently caught up with PDBC founder Angie Norman to provide us with more insight into why her club has caught on:

Why do you think your club has grown so much in the past year?

The club members all invite friends and recruit new people. I talk about the club to pretty much everyone I meet — I can be on an airplane and find a way to tell someone all the great reasons to visit Nebraska, including the PDBC. It’s a really light-hearted thing to talk about and enjoy, and I feel like so many people I know need a break and some good old-fashioned fun in the sun. The more the merrier!

Do you actually have club “officers” now and what’s your official title?

As an unofficial, loose group of people, we sort of have “officers of fun.” I am the President and Neal Obermeyer and Kate Rosenbaum are co-Vice Presidents. Kelsey Steffes is Game Master. We’ve talked about several other titles and I’m sure we’ll add more in the next year.

Why did you call it the “Polka Dot Bikini Club?”

I am very attracted to 1950s and ’60s swimwear, fashion and decor. More than anything, though, it’s about taking people back to a time or mindset of spending an afternoon at the pool and just having fun. We bring blankets and picnic baskets and share food and drinks. It’s fun to see what people bring for books and to talk about what we are reading or watching. I wanted to name it something that evoked nostalgia and wouldn’t be taken too seriously. The first thing that I tell people (male or female) is that you don’t have to wear a polka dot swim suit or a bikini, but polka dots are highly encouraged.

Do you think this group would have flourished as well without the Facebook component?

I think it would have flourished but it would have been different. There are a lot of people who like to look at the photos and to post things that don’t come to the meetings. People will say to me,  “Oh, yeah, I saw that on the PDBC,” and what they are referring to is the Facebook page. The word of mouth message is that people should put the computer away for a day and come to the pool but there is also a huge online component and I think it serves a great purpose. It allows us to create events and post them and then people can either come to the meeting or they can view photos from the event. The reason I created the club is because my husband, Andy, and I were just starting hearnebraska.org and we were working day and night and even if we took a break, we would inevitably end up on the computer. You can’t have a computer in the pool and so this was a perfect way to make ourselves take a break on Sunday afternoons.

How do you think this group, which promotes actual physical interaction with other people, is so relevant in the age of social media?

It’s important to look people in the eyes and to laugh and play even as adults. I think more and more people are looking for a balance between online interaction and real life friendships. I’m seeing people use social media as a tool to meet people in real life. It’s an easy way to plan and organize events and to get to the good stuff! I often meet people at the pool and later have an online relationship with them because of it. And some of these people never would have known about the event if it wasn’t for Facebook.

With summer over, what were some of the season’s highlights?

There were so many great swims this summer. We had guests from out of state and from out of town. Kate started a dance party at Gallagher pool with a bunch of kids. We had a synchronized swim session at Irvingdale pool in Lincoln. There were the exhausting Fun-Plex days and nights. We did lots of underwater singing, played tons of games and took a lot of photos and video underwater. We dove and did tricks off the board, and played catch with Neal’s ball.

Many times we would go hang out after swimming and drip dry over burgers and beers and tell stories, talk about new games we could play next time and make plans with friends we met the week before.

I heard a rumor the club may be continuing meetings through the colder months at ice skate rinks? Possible?

We’ve been talking about replacing the “B” with something different each week during the winter — Polka Dot Bonfire Club, Polka Dot Booty Shaking Club and so on. We’ve talking about possibly doing a Polka Dot Polar Bear Plunge for charity.

From a fashion perspective, what do you think will hot in guys and gals swimwear next year?

I hope for the vintage styles to continue, and for another year of polka dots.

Neal Obermyer, vice president of the Omaha territory, also offered some comments about the club’s growth:

Why do you think your club has grown so much in the past year?

It’s just so nice to have an opportunity to have this pure, unironic fun, and to meet people who share that appreciation. And since meeting people is such a big part of the attraction, I think we do a good job of recruiting new people to join.  I think Angie has done an even better job this year of posting photos from every event on the Facebook wall, as well as drawing attention to any first-time swimmers. We want to make it clear to people that even though it’s become a very close-knit group, it’s also a very welcoming group.

Do you think this group would have flourished as well without the Facebook component?

Without the Facebook-based facilitation, promotion and recruitment, there’s just no way it would’ve gotten so big. One of my favorite new members this year came to a meeting without previously knowing anyone. There’s no way that would’ve happened without hosting it on Facebook.

How do you think this group, which promotes actual physical interaction with other people, is so relevant in the age of social media?

With summer coming to a close, what were some of the season’s highlights?

I enjoyed how games and rituals became a more standard part of the club. It was sort of an initiation. Underwater Name That Tune had been introduced at the Winter Retreat in Kansas City, but this summer, it was part of almost every meeting. Andy’s underwater breakdancing, the shark game and eventually Pool Quiddich were all brought into the weekly routine.

I’ll look back fondly on the short-lived heyday of Fun-Plex’s Park After Dark, back when $5 got you entry and a $5 coupon at the bar. Being able to go swim any night of the week for 5 bucks and get a drink and get exhausted in the wave pool was pretty awesome. I think we took advantage of it so much in those early days because there was just a sense that it was too good to last, and it was

I also liked how we kind of established a Gallagher Park home base this summer. There’s a really welcoming clique of kids who do sweet diving board stunts, and the PDBC divers fit right in. The lifeguards started recognizing us, and they somehow even became aware of the club’s identity. One of the lifeguards asked Angie on the last swim of the summer if we were the “Yellow Polka Dot Bikini” club.  But mainly I just loved that I got to spend so much time swimming with some of my favorite people in the world.

Finally, the dot club’s VP, Kate Rosenbaum, weighs in with her own polka insights:

Why do you think your club has grown so much in the past year?When was the last time you met all your friends at the pool, played keep-away, did diving board tricks, made underwater videos and ate snacks? Most likely when you were 13, but it’s still just as awesome. And now we can do it while drinking boxed wine, so that’s probably why.

Do you think this group would have flourished as well without the Facebook component? I’m sure that the regulars would usually swim together without Facebook, but the great thing about the PDBC is that you never know who will show up because there are so many people in the Facebook group. Each week is like a party, and you make friends and enemies and dance to Vanilla Ice.

How do you think this group, which promotes actual physical interaction with other people, is so relevant in the age of social media? Who doesn’t want to see how their friends look in a swimsuit?

With summer coming to a close, what were some of the season’s highlights? Rapping and dancing under the magic mushroom at Gallagher Pool, using knifes on a trampoline at Big Sandy, underwater charades at Irving, kicking people in the face at the Mahoney wave pool and bruising my ribs on the Normans’ slip n slide.

From a fashion perspective, what do you think will be hot in guys and gals swimwear next year? Bottoms off for everyone!