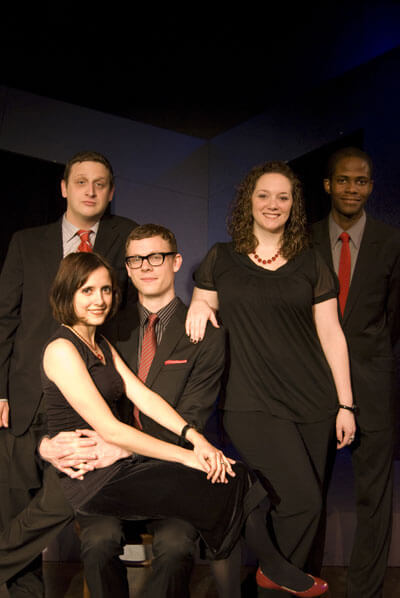 April 15 The Second City presents “Fair and Unbalanced” Holland Center, 13th and Douglas 8 p.m., Tickets start at $19, ticketomaha.com or 402.345.0606 Somewhere, somebody’s sitting at a bar watching Tommy Boy on the small television up in the right-hand corner. He gets to say, “I saw Chris Farley way before he was Chris Farley, man.” Do you know why? Because one time back in 1988 or so, this guy chose to take a chance on Chicago’s famed Second City comedy troupe when they came through his town. And if you can’t reap the rewards of an “I saw them first” moment by morphing into Annoying Bar Guy every chance you get, really, what’s the point? For you, your chance at glory comes Friday, as the Second City — notorious for featuring the stars of tomorrow, today; Farley, John Belushi and Mike Meyers are just some the names on a very long and esteemed list — will perform “Fair and Unbalanced” at the Holland Center. The show consists of comedic sketches, songs, improvisations and hopefully a future star of tomorrow or two. Don’t pass up a chance to set yourself up to be Annoying Bar Guy at a date to be named later.