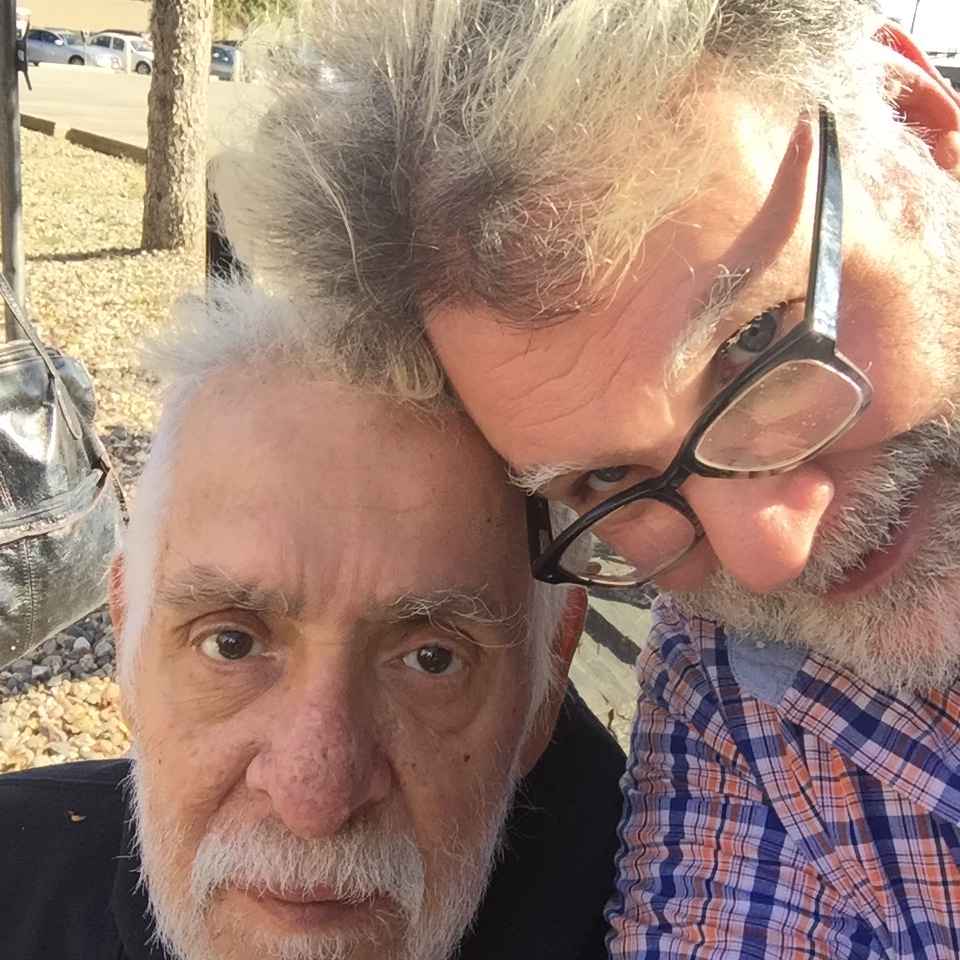 Flowers, photos, candles, a cross or two. Even the ubiquitous tacky balloon. You see them nearly everywhere to mark the death of family and friend who have fallen victim to a drunken driver or drive-by.

Despite their good intentions, one wonders if these roadside markers truly honor the tragic passing or give relief to those who grieve. Not so with more traditional means of memorial and ritual at wakes or in nature when a loved one’s life is celebrated as well as mourned.

Or, how about an art exhibit? Photographs and more, not only recognizing the deceased but curated and shot by the one person who knew and cared for the subject arguably more than anyone.

Such is the intent of photographer Rob Gilmer who documented the last seven months or more of his husband, René Orduña, former celebrated chef and owner of Dixie Quicks restaurant, who died of kidney cancer one year ago this Nov. 9. Next Thursday, at his RNG Gallery, Gilmer will open a tribute to Orduña whose very title, This Monkey’s Gone to Heaven, gives insight to the complexity of the man and their relationship. 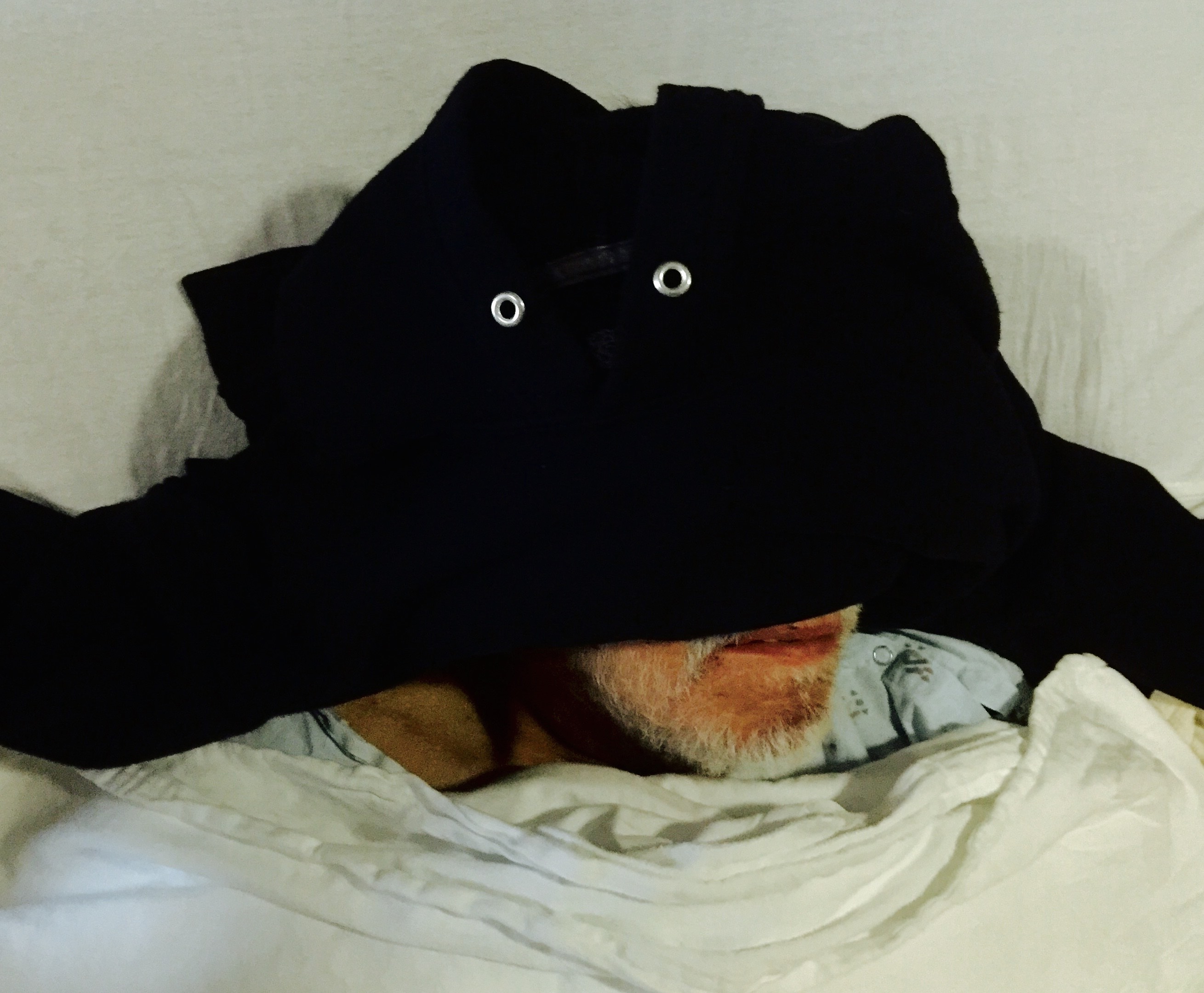 Based upon a Pixies song, the title not only reflects Orduña’s signature “monkey face,” known to all, but his spirited, pixie-like character and demeanor that Gilmer says has lived on as both subject and inspiration for this exhibit.

“René guides me every day…including this show’s process. He was a talent in his kitchen and at the RNG Gallery, and he still is,” he said. “The photos will be framed by articles of René’s clothing. They will not be under glass in traditional frames. I’m doing this because it’s rawer and more in the vein of René. He would want Pheasant Under Glass not René Under Glass.”

This Monkey’s Gone to Heaven will include approximately 50 photographs by Gilmer; portraits and candids of Orduña, family and friends as they suffered, endured and celebrated his passing. As such, Gilmer, with his documentary, yet caring eye, spares us–or himself–nothing of the beauty in death of Orduña’s demise. The ordeal, he says, was cathartic. 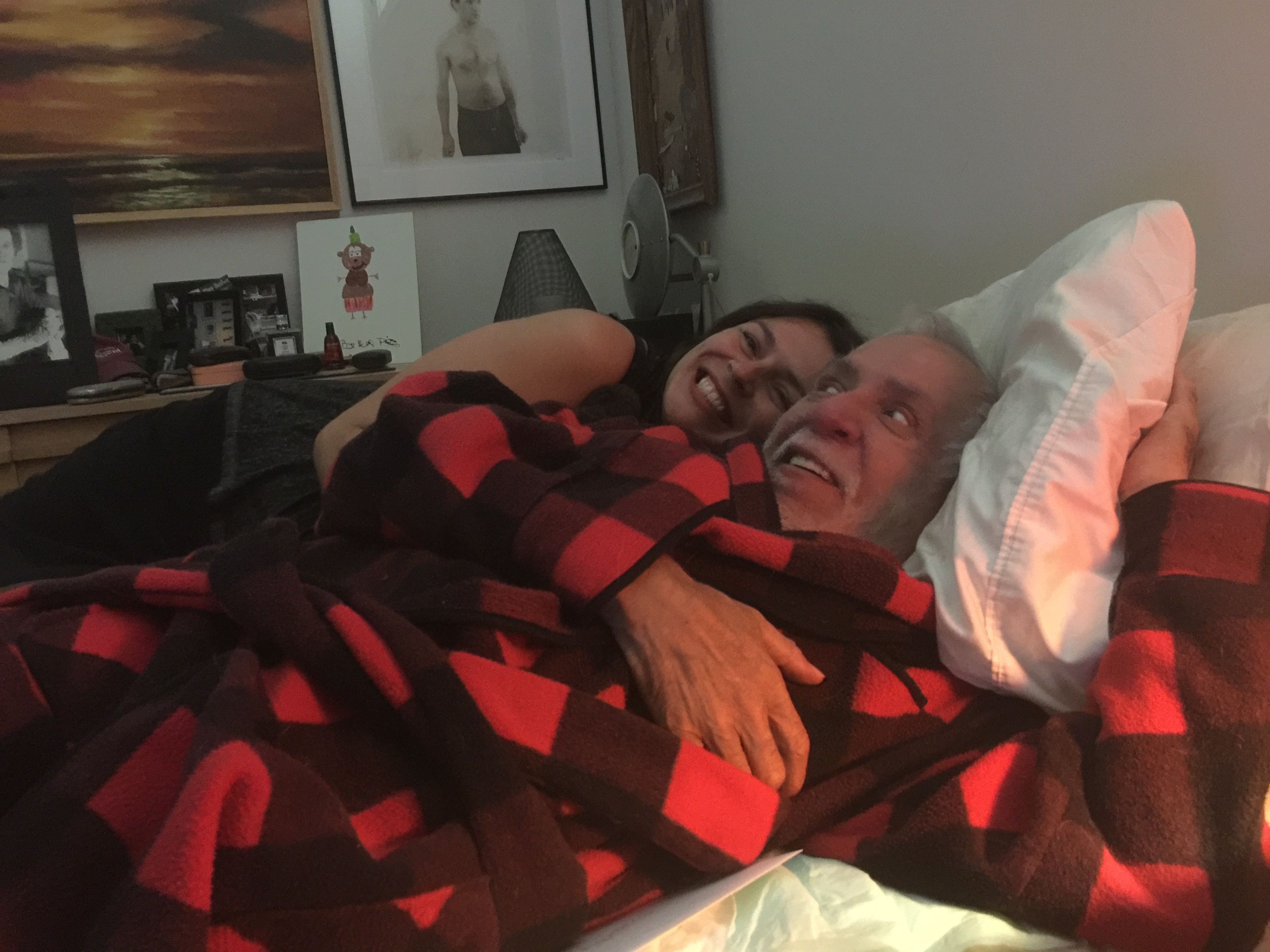 “In my emotional landscape I realized I need to relive, share and frame the hardest time in images,” Gilmer said. “René cherished these 7-8 months, I savored them. We spent every moment together. What is displayed is the poise and grace René upheld to the end.

Five of Gilmer’s most evocative images are on display here along with his commentary. Although each of these “speaks” for itself, Orduña remains the focus. The stage is his and his last act runs the gamut from puckish to vulnerable, from joy to quiet acceptance. These are no ordinary snapshots. 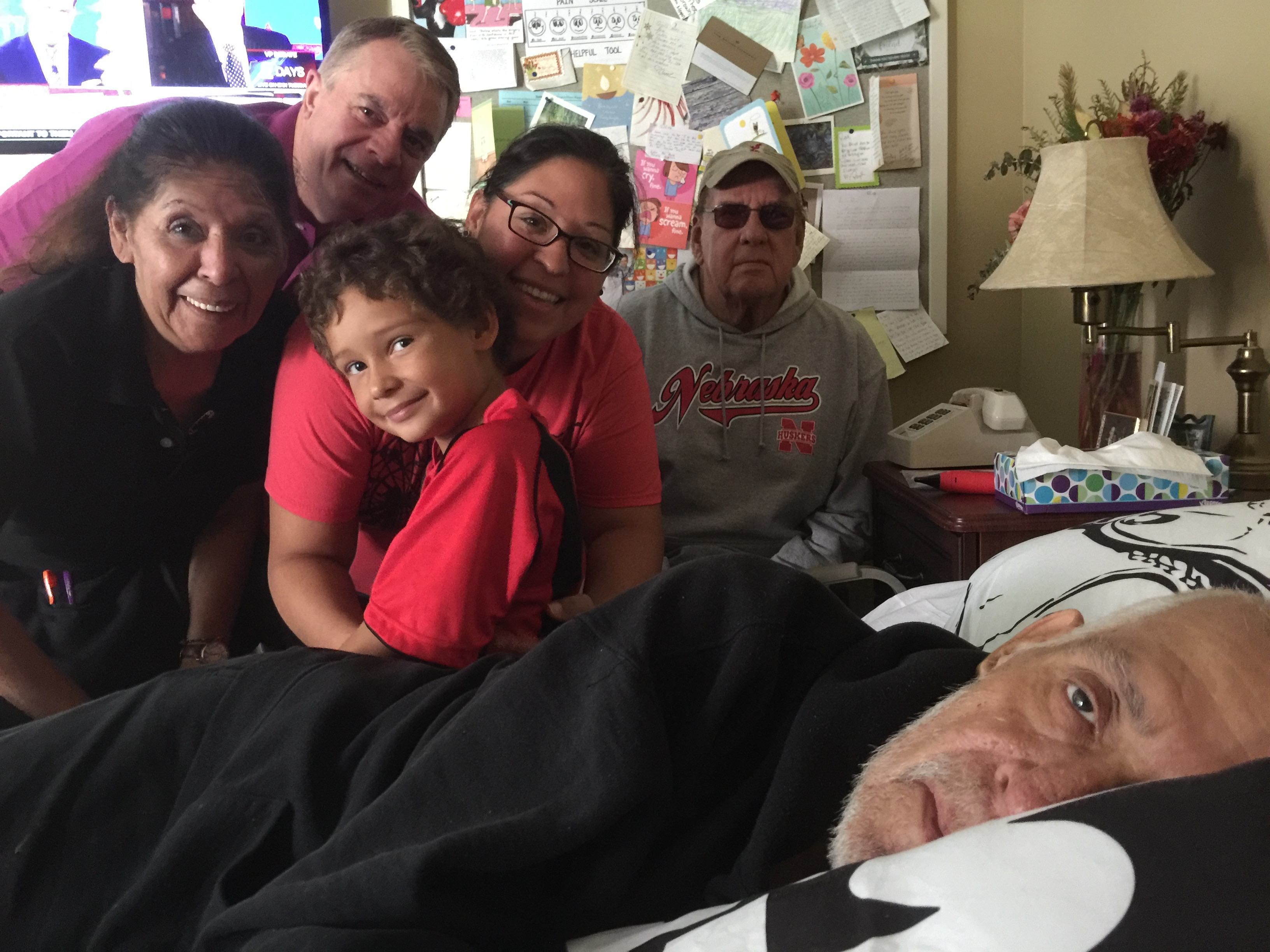 The exhibit also features “ofrendas,” Spanish for a collection of objects “offered” on a ritual altar honoring the dead, traditional as in the Mexican Día de los Muertos celebration. Having grown up in the family restaurant, Howard’s Charro Café, this is a fitting final tribute to Orduña’s heritage and profession. One “ofrenda” will include Orduña’s personal wardrobe. “Yes there will be his onesies, PJ’s, etc.,” Gilmer said.

This Monkey’s Gone to Heaven, Gilmer’s gift to Orduña, transcends the ordinary marker to a man’s life and shape shifts into an “ofrenda” all its own. The exhibit, particularly the photographs, may also offer some relief from the artist’s year-long grief, but it will never release his beloved’s hold on him.

“We are so wired to each other on this side and on that side,” Gilmer said. “We knew as children we would be together. I saw and knew the man as my soul mate, as he knew I was his.”

This Monkey’s Gone to Heaven opens Thursday, Nov. 9, from 5-9 p.m. at the RNG Gallery adjacent to Dixie Quicks in Council Bluffs. The exhibit continues until Jan. 7, 2018. 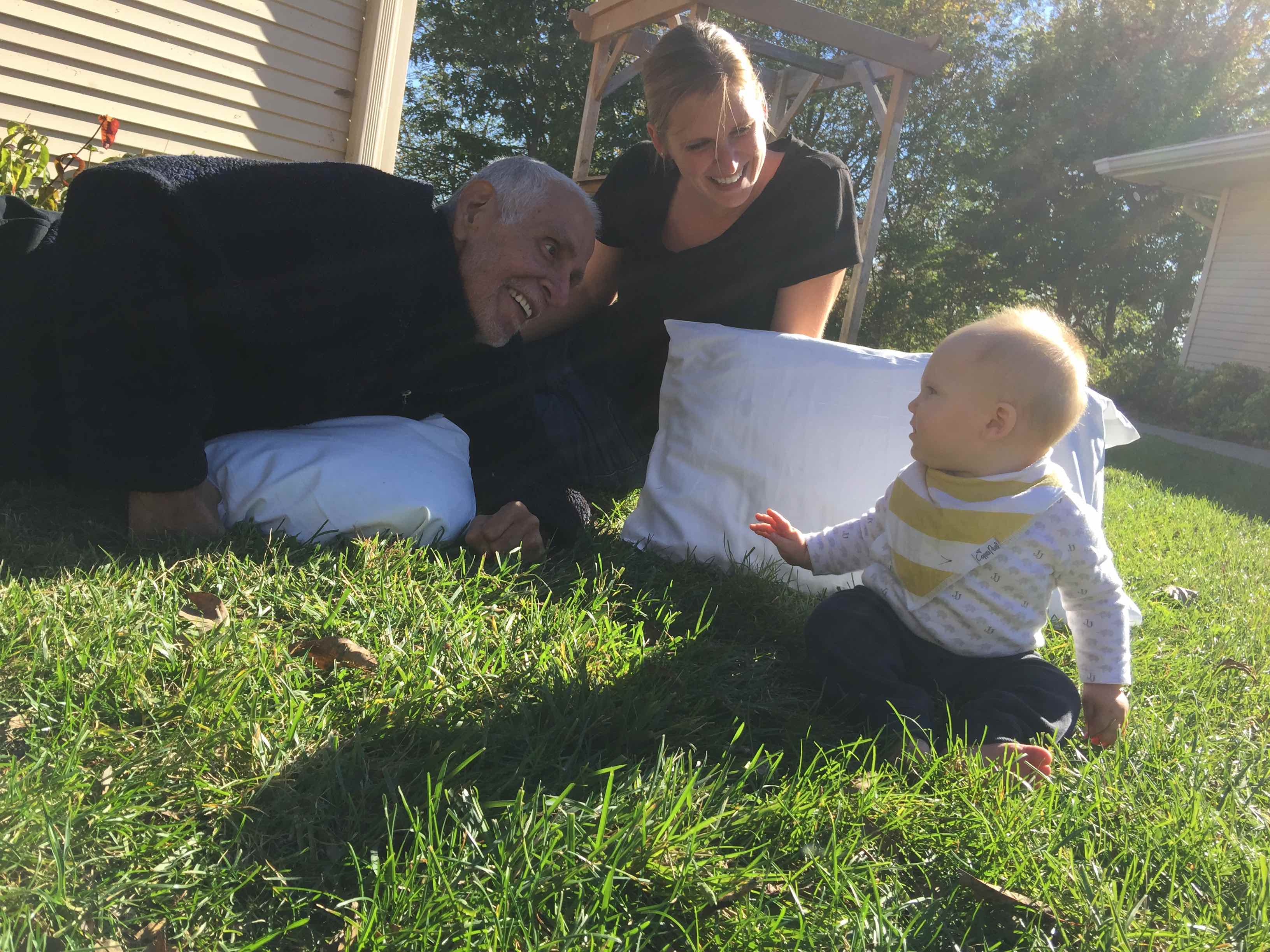