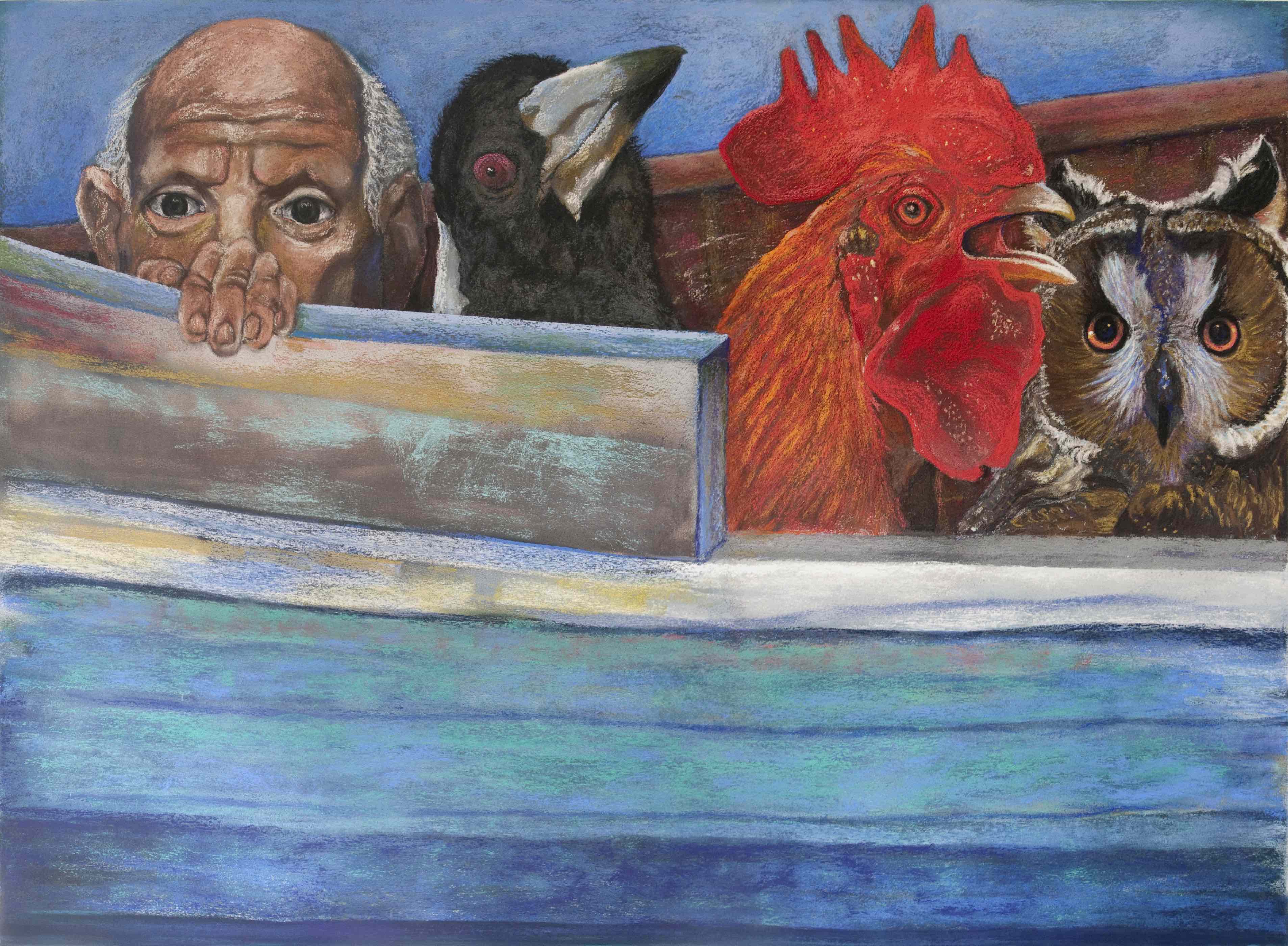 Though Modern Arts Midtown’s next exhibit opening in December is titled James Freeman, the artist is accompanied by two others, Brent Witters and Troy Muller who also enjoy an unconventional aesthetic.

Freeman, Witters and Muller are three very diverse and unusual Omaha artists who work in pastel, drawing, wood relief prints, painting and sculpture. Judging from their show statements, the three underscore serious themes with a sense of irony and humor.

“About ten years ago I found a nice set of woodcut tools, but it was not until several months ago that I started this series of large relief prints,” Freeman explained. “Working with some of my ‘usual suspects’ from the last several years of drawings and paintings, I’ve been enjoying the physicality of cutting the blocks and engaging with the irregularity (and random knotholes) of the wood.” 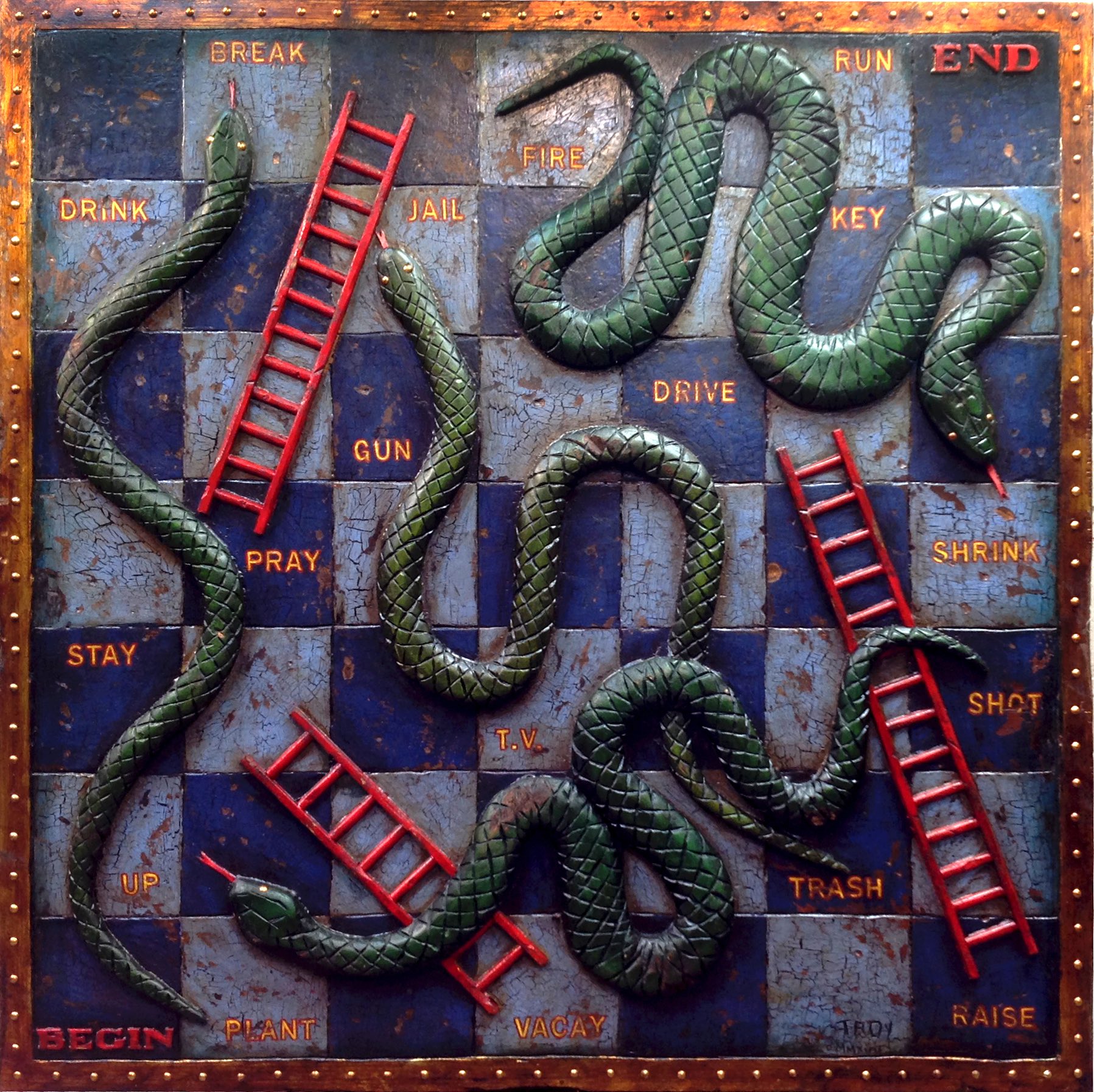 While Freeman’s art is mostly personal, the themes of the others are more socio-political. Muller says that in his mixed media, “3D canvases” he tries to “underscore the inherent dangers of our rapidly changing world with a sense of playfulness. It is my hope that the work will spark discussion, debate and even chuckles among my viewers.”

Witters follows a somewhat similar tack in his assemblage work, which he says, “could be classified as California funk/junk art. Most of the materials used in the assemblages are discarded making a social statement on environmentalism and our consumer based society and putting an emphasis on the creative process.” 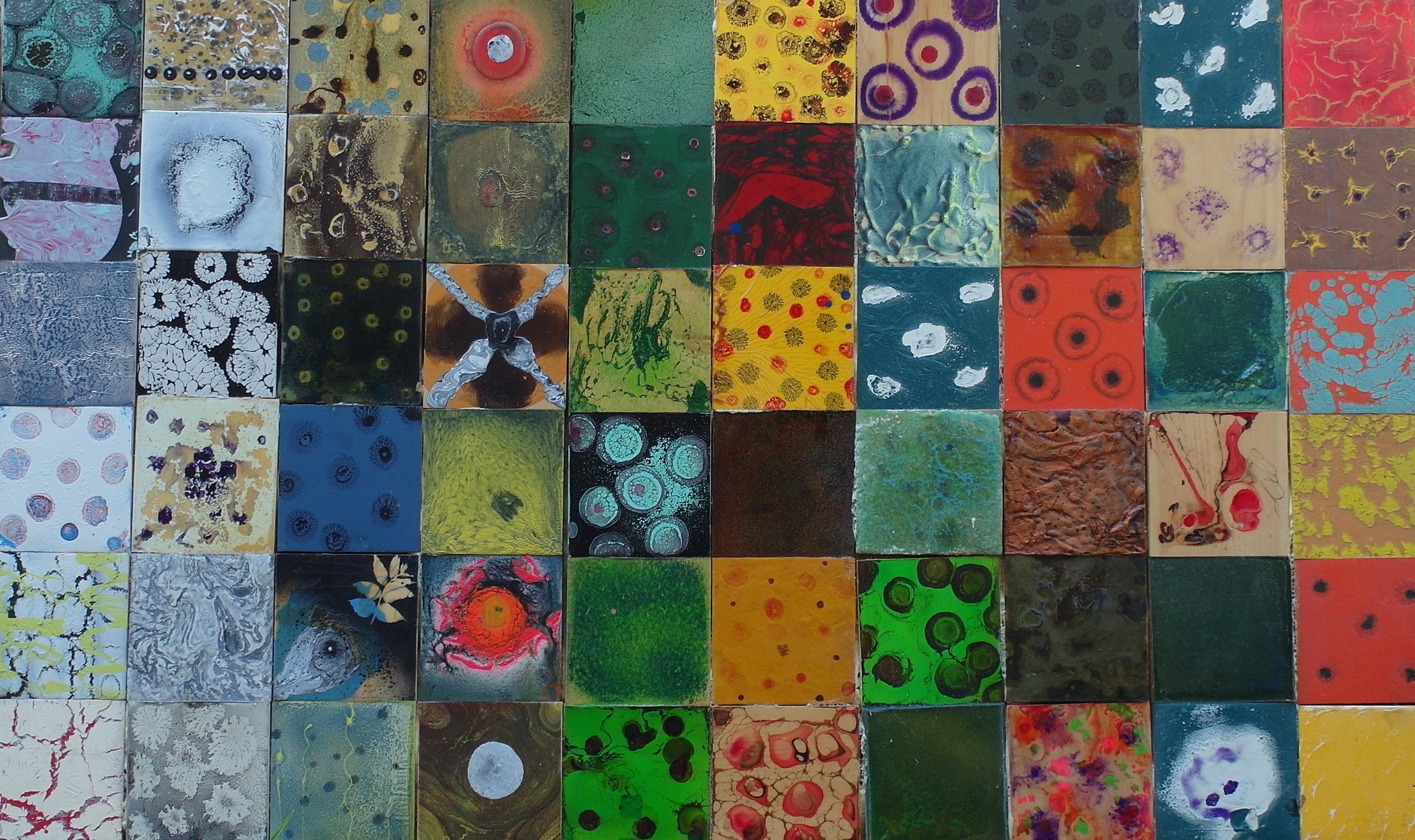