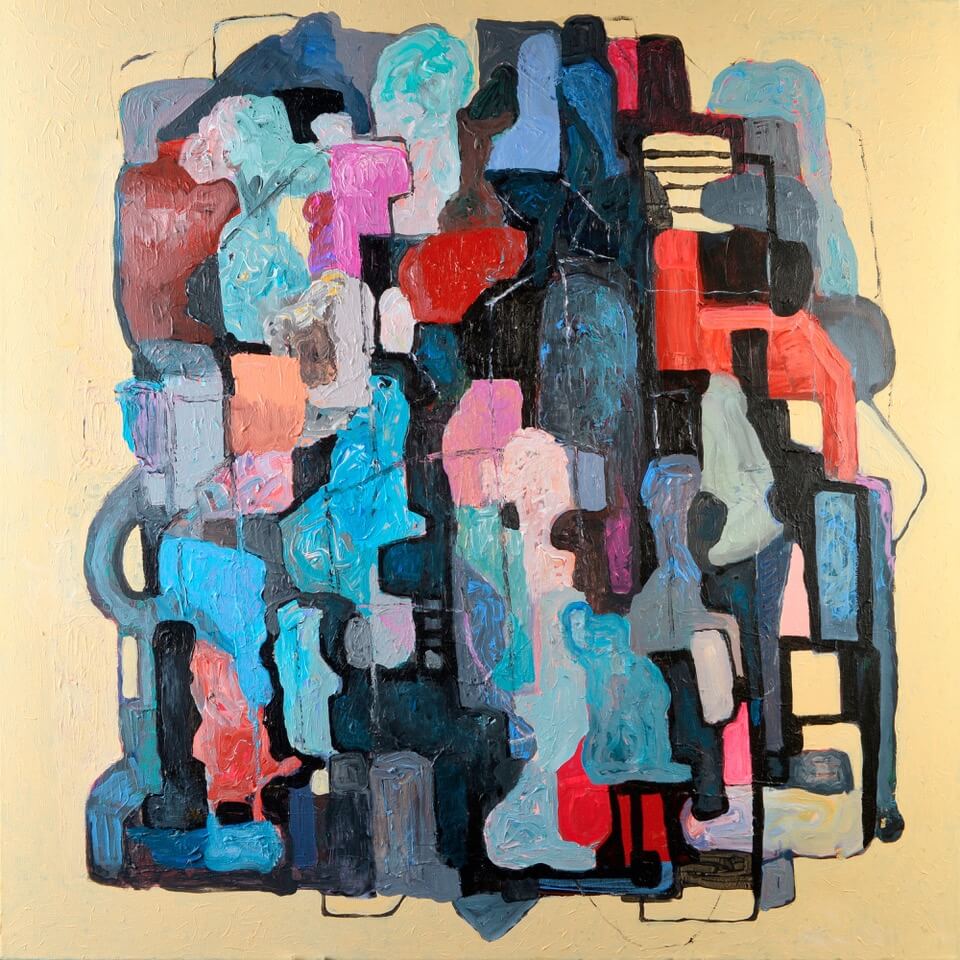 Harris-Fernandez has kept his work out of the public eye for several years, devoting his energies to directing the Sioux City Art Center. A devoted artist himself, it is only recently that he has begun exhibiting his work on a wide basis. The exhibit will be on display through October 7th.

Like the original iterations of Cubism by creators Pablo Picasso and Georges Braque, et al., Harris-Fernandez’s approach to his work is similar: deconstructing and reorganizing to bring some order to a cluttered, confusing, and often contradictory world.

Influenced by later work of Philip Guston, Harris-Fernandez’s abstract paintings offer facets of color and shape, sometimes reined in by a serpentine line running throughout the image. Though less confrontational and stressed than Guston’s subjects, Harris-Fernandez’s constructions are cryptic and precarious.

According to his artist’s statement, the works are intentionally ambiguous. “I invite the viewer to create their own meaning based on what they see and what they bring to the experience of seeing.” Harris-Fernandez has devoted most of his professional life to non-profit administration, mostly as Director of the Sioux City Art Center, only recently beginning to exhibit a large body of work developed over many years.

Gallery 72 hosts an artist’s reception on September 8th, from 5 PM to 9 PM. There will be a gallery talk and book-signing event on Wednesday, September 13th, at 7 PM. The gallery is located at 1806 Vinton Street. Further information is available through Gallery72.com or phone (402) 496-4797.