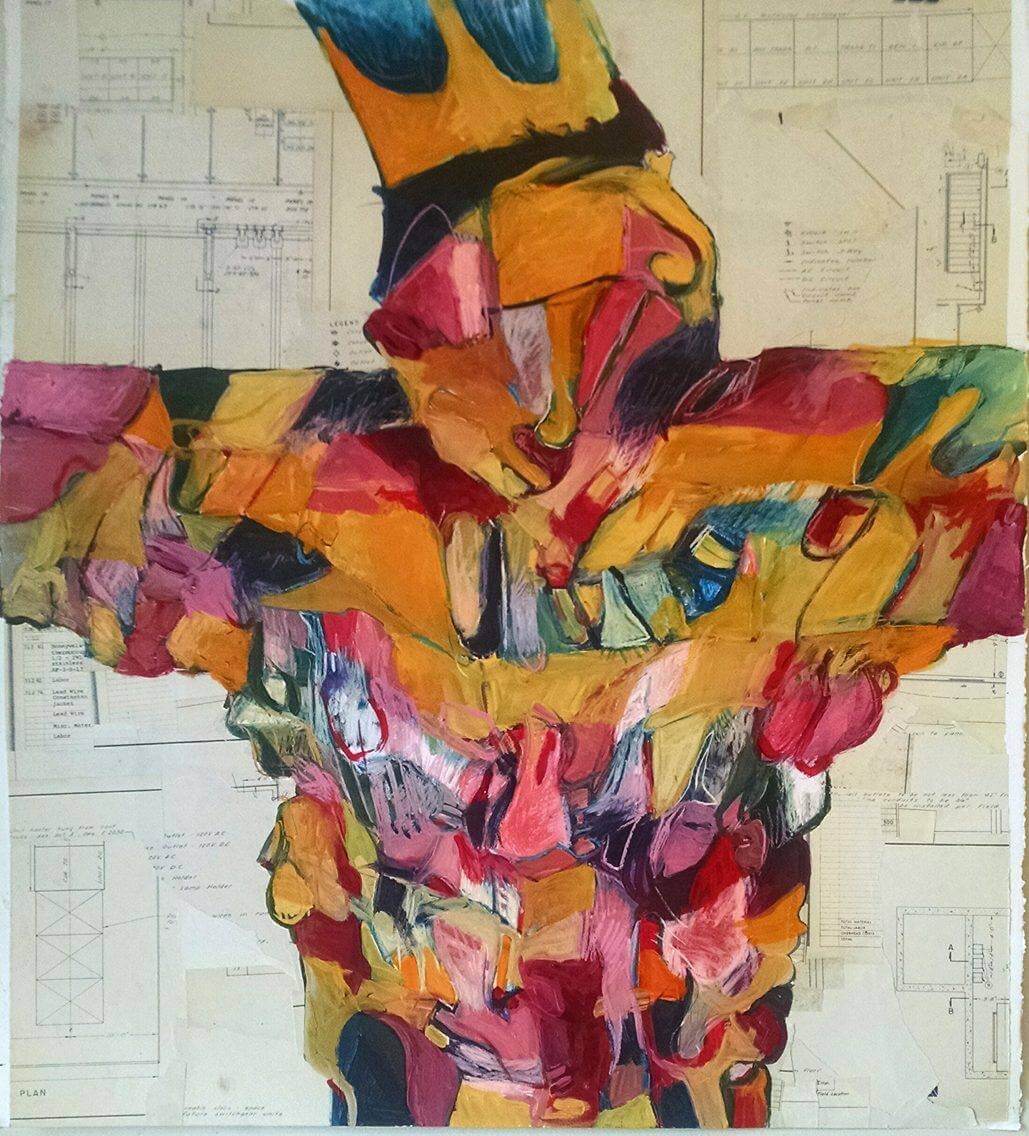 Mark your calendars for the first Friday in July, when The Mike Phipps Gallery opens with new works by Derek Courtney.

Originally from West Virginia, Courtney may be known to some locally from several showings in the Benson area, at venues such as Sweat Shop and Petshop. Others may remember him from the cover of the premier issue of Flyover Magazine, the beautifully designed, but now quiet Omaha cultural and art quarterly from Omaha’s Bryce Bridges.

A regular at the Bemis fund raising auctions, Courtney has been a part of group shows at the Lux in Lincoln and galleries in Arizona, Colorado, and Ohio, just to name a few.

His previous work involved altering old paper documents like blueprints and maps by painting imagery on top, allowing the original document to provide a paper ground as well as a guiding element of the piece. Courtney operates the Caesium studio and gallery, in south Omaha, with two other Omaha artists.

A primary theme through Courtney’s new work is the plight of working man and woman. From corporate mistreatment to misguided dreams to unrealized promises, his work examines the emotional, financial and physical toll our vocations take, often for little, nothing, or even negative return.

Courtney’s mixed media pieces will be showing at the Phipps, in Omaha’s W. Dale Clarke Library, through August 25th. The Michael Phipps Gallery, in the southeast corner of the first floor of the downtown branch of the Omaha Public Library. It is free and open to the public during Library hours. An opening reception for the artist will be held Friday, July 7th, from 4 to 6 PM.