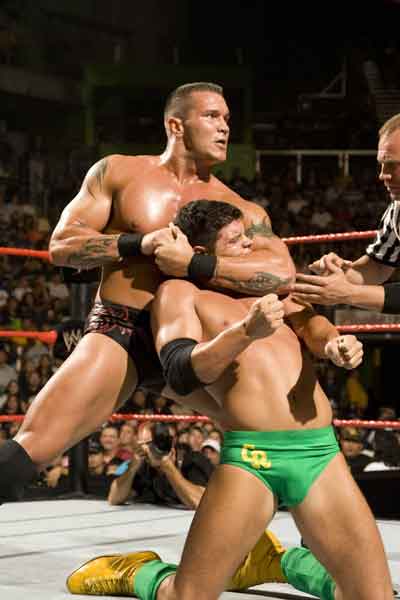 May 30 WWE Raw Featuring John Cena, The Miz, CM Punk, Triple H, R-Truth, Ted DiBiase, Nexus Qwest Center Omaha, 455 N. 10th St. 7:15 p.m., Tickets from $17 to $62 800.745.3000, ticketmaster.com Say what you will about the World Wrestling Entertainment brand, but love it or hate it, WWE is just what it’s name says: entertainment. Some see in it the decline of Western civilization. Others, a manifestation of the American rebel spirit on steroids. It’s loud, it’s brash, it’s vulgar. It’s like a lot of popular culture these days in its self-reflected, prurient excesses, scripted or not. For better or worse, reality TV and movies have taken much from the soap opera, action-packed pro wrestling format. WWE Raw stars are like muscle-bound comic book characters come to life. There’s no questioning their toughness. For this observer’s tastes though, they lack the swagger of real rebels and the presence of genuine stars. Millions disagree.