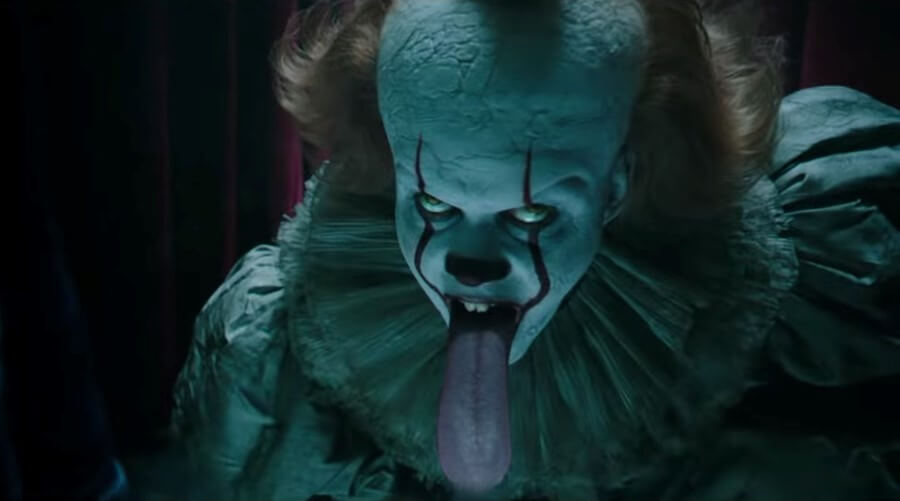 Although I appreciate Ryan’s initial poo-pooing of It: Chapter 2, this painfully plotless 3-hour behemoth that’s awkwardly reliant on Michael Bay-style CGI destruction has plenty of spoilers that are worth poo-pooing, too! It: Chapter 2 is a special kind of “bad” for a lot of reasons they couldn’t show you in the trailers.

The epic conclusion to the mega-hit film adaptation of Stephen King’s seminal work, It: Chapter 2 doesn’t actually carry any epic gravitas or epic emotional stakes. Instead, Chapter 2 makes the bold decision to take an epic dump for seemingly no reason at all. Not that I have any reverence for the first film, but I liked it enough. Nothing in it prepared for me just how bad Chapter 2 would be. I haven’t seen a surefire crowd-pleaser whiff this hard since Game of Thrones…which wasn’t that long ago, but you get it.

First up, the hate crime! Ryan mentioned it in his review, but Chapter 2 opens with a drawn out and graphically realistic scene of two gay men being beaten by homophobic skateboarders. One of them has another graphically realistic asthma attack, so the skater bros throw him off a bridge, where Pennywise (Bill Skarsgard), aka It, eats him. The big “Pennywise is back!” moment kicks off Chapter 2’s half-hearted attempt to explore homophobia as one of the primal fears our heroes must confront to defeat the evil shapeshifter. Instead, the scene relishes in torturing these characters for no other reason than Chapter 2 needs to up the ante and have a more violent opening scene than Chapter 1.

Once you get past an opener that immediately puts an “Oh, screw this movie” taste in your mouth, what’s supposed to be a 90-second “Gettin’ the ol’ gang back together, again” montage is stretched into the entire first act of the movie. Twenty-seven years after It, we see the Losers are all grown up with no real distinguishing characteristics other than they really, really look like the kids from the first movie, and they work at jobs that only people in movies ever seem to have (writer, comedian, curator of local legends, etc). When Pennywise returns, the Losers uphold their vow to return to Hometownville, Maine and defeat the creature with an ancient Native American ritual that obviously didn’t work for the Native Americans because Pennywise still exists but okay.

The Losers assemble, wander around a small town looking for emblems of their childhoods to burn in a ritual and then perform said ritual. That’s seriously the entire plot of the movie. If you find yourself wondering, “Wait just a sec… Isn’t King’s novel longer than the phonebook they make you read in hell? How’d he fill over 1000 pages with one run-on sentence of plot?” Well, King filled it with “filler.” Chapter 2 is a 90-minute movie stretched to 3-hours thanks to the dark history of Hometownville, a psychopath with a mullet, an ancient acid trip, and Pennywise’s spectacularly un-scary backstory being just a few of the billion needless details masquerading as “dense mythology” that bog down the movie.

We find out in Chapter 2 that Pennywise is actually a form of malevolent energy that’s older than the universe itself, called “deadlights.” It piggybacked on a meteor that hit Earth a few million years ago, and the creature pops up every 27 years to wreak havoc. Although the deadlights are kind of shapeshifting Pennywise’s “true” form, he also maybe sort of actually looks like a giant spider with a clown head or something. Pennywise’s lame backstory is a perfect example of Chapter 2 refusing to streamline any part of its narrative because it thinks overcomplicating things is better writing. No one on the planet needs to know Pennywise’s origin and especially not when it actually belongs in a 1950’s sci-fi B-movie. The entire point of Pennywise is that he’s a Rorschach test for our childhood trauma. With a character like It, a definitive backstory quashes any and all tension. I mean, hell, Pennywise is called “It” after all.

It certainly doesn’t help the tension that Chapter 2 mostly represents Pennywise as poorly rendered, giant CGI monsters. After the first It was celebrated for its use of creepy in-camera effects, it feels like a soulless Hollywood producer ordered Chapter 2 to have “bigger” scares. What are supposed to be tense sequences in Chapter 2 usually feel more like big action set pieces. The Losers are chased around by not 1, not 2, but 3 giant digital effects trying to eat them. In his maybe-final form as a huge spider, Pennywise causes more destruction than he actually tries to scare us. The bad CGI is the last in a long line of utterly asinine creative choices in a movie that seems to go out of its way to bring itself down.

Just a quick afterthought, then I’m done. There’s a moment in Chapter 2 when Pennywise aims his deadlights at a Loser (played by Bill Hader), whose feeble human mind immediately goes into a hypnotic trance. Hader’s eyes roll back, his jaw drops, and his body stiffens up so quickly that his arms are still swinging when they go limp. I’ve read dozens—yes, dozens—of critics praise this moment for Hader’s incredible acting. Sorry, folks, but this is one of the dumbest moments I’ve seen in a modern movie. The fact that it happens during what’s supposed to be the film’s most intense scene just makes it that much worse.