The Reader is Nebraska’s only nationally-recognized alternative newsmonthly, part of the Pioneer Publishing family which also includes El Perico and OmahaJobs.com. Pioneer Publishing is a private, family-held business consisting of 6 media channels — two print, four online — with an established market share in Omaha’s fastest-growing and active demographic and advertising segments and one of the most established, local freelance content provider networks. A total estimated audience exceeding 100,000 adults makes Pioneer the only non-traditional local media company in the top 10 by audience size, demonstrating proven growth since its start in 1992. 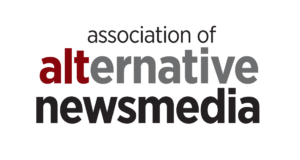 Pioneer’s seeds were first planted in 1991 by a group of college kids involved in Omaha’s nascent homegrown music and culture scene, leading to a non-profit monthly that broke away from the stale and conservative reporting found in traditional local media. That all-volunteer effort became Omaha’s third metropolitan newsweekly since WWII and the first to be accepted for membership in the Association of Alternative Newsmedia. The Reader’s first issue was published in February of 1994 by a group of five, including current Publisher/Editor John Heaston, out of an apartment at 49th and Dodge. Things only grew from there.

Over the next decade-and-a-half, the paper endured a couple changes in ownership while a series of quality editors kept a keen focus on providing Omaha with cutting edge news and sharp cultural coverage, each issue complete with great writing, great presentation and the city’s most complete event listings. Over time, The Reader gained the trust of Omaha’s residents and eventually established itself as a staple of the city in its own right. Operations also steadily improved, as for a time The Reader was published out of a train car that was attached to a brewery on 78th and Cass (1995) before it enjoyed stints at offices downtown (1996-1999) and in historic Dundee (2000-2007) until landing in its current location in the immigrant hub that is South Omaha.

The Reader has published well over 30,000 stories, thanks to contributions from hundreds of creative individuals. In addition to event listings, edgy feature stories and vigorous coverage of Omaha’s music and arts scenes, staples of the magazine include an alternative health column by Michael Braunstein and a local column from Tim McMahan. For well over a decade, The Reader was also home to a mysterious horoscope written by local blues artist MoJoPo until his passing. We are publishing 21,000 copies each month that are distributed to roughly 450 delivery points.

Starting in 2008, The Reader team has also become a local leader in digital marketing services under the brand PioneerMedia.Me.

The experienced in-house staff and enthusiastic contributors that make up our Reader team are prepared to continue providing Omaha with the same honest, thorough and provocative coverage of the city’s culture and news as we transition into the age of new media. But whether you’re flipping through our pages or tapping around on your phone or tablet, we hope you’ll keep reading. It’s an exciting time to be in Omaha. It’s an exciting time to be a part of The Reader.