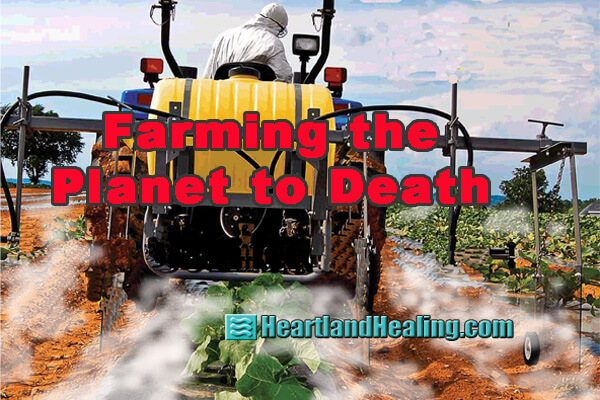 We are stuck in the Stone Age. I’m serious. In the truest sense, in fulfilling our energy needs, we haven’t advanced much since the first caveman came upon that lightning-struck log two million years ago and used it to warm his cave and cook his food. Oh, for sure, we’ve learned better ways to package and transport the fuel we use for energy. Still, we are using the same hydrocarbon-busting process to deliver our energy that was the essence of burning wood. We burn carbon — in all its forms — in order to power our incessant gluttony.

There is no doubt we must pivot from burning carbon in order to produce energy. It’s dirty. And the planet is not a bottomless waste basket. Consuming the very planet itself to fill our energy needs and letting foreign corporations push aside the land rights of American farmers are both ample reasons to support the pipeline protesters. But in truth, oil pipelines are a pimple on a bug’s ass when it comes to dangers to our environment. To put it briefly with very little hyperbole: you could open every pipeline in the country for a month and you wouldn’t do the damage that just one season of Big Ag farming does. Worried about a possible spill into the Missouri-Mississippi watershed? An oil spill would be small potatoes compared to what’s getting dumped into our waterways already. We’re talking farm chemicals. And they are already poisoning our water and our planet.

Invisible. Pollution from Big Ag farms doesn’t produce dramatic optics like goo-covered seagulls or river otters and that makes it even worse. The invisibility of the poisons already dumped into our environment by industrial farming cloaks the damage.

Ethanol is the worst. Renewable pollution. We use petroleum fuels to manufacture the fertilizers and pesticides; semis burning fossil fuels to carry inputs to the farm; more fossil fuels to deliver the corn to processors; more yet (plus vast amounts of water) to make the ethanol and even more to deliver to the pump. Then, when we burn the carbon ethanol in our vehicles, it still produces air pollution. How is that a win?

This should scare you. Each year, conventional, industrial-type American farmers dump billions of dollars worth of chemicals on your food and crops. Most of these fertilizers, pesticides, fungicides and rodenticides find their way into our waterways, including the Missouri and Mississippi. You know, using those terms kind of sanitizes it. Here’s a report that names them and I’ll list only one-tenth of them: Most frequently detected anthropogenic-organic contaminants were desulfinylfipronil, chlorpyrifos, dieldrin, metolachlor, atrazine, deethyl atrazine, glyphosate, desulfinylfipronil atrazine, the antidiabetic medication, metformin, β-sitosterol, triclosan. Do you really want this stuff in your water?

“The ocean is a desert…with the perfect disguise up above,” sang America in “Horse with No Name.” The most dramatic effect of the Big Ag runoff is the number of huge “dead zones” around the world. The one closest to us is the Gulf of Mexico Dead Zone. Simply put, the tons of chemicals used in the Midwest ends up washing down into the Gulf. Nothing can survive that onslaught of toxic chemicals. Creatures die away. Runoff fertilizer spawns an overgrowth of algae that uses up all the oxygen in the water, strangling shrimp, fish, crabs, all other life. The sea floor is dead. The ocean is dead. But no one sees it so it doesn’t get the airplay a baby seal with petro-muck on it does. No PETA activists are down there watching animal life dwindle. And these dead zones are all around the world, all the result of Big Ag chemicals that are already in the water. And they don’t get there via pipelines. They get there because First World inhabitants demand cheap food. As if you can call what we buy in supermarkets, “food.”

So, who should we be protesting? The two most prevalent crops in industrial farming are corn and soybeans. Both demand huge amounts of chemical inputs. And neither are food that you’ll find on your table without vast amounts of processing. The corn we’re talking about isn’t served with butter. It’s not fit for humans. About 90 percent of it is equally divided between livestock feed and ethanol for your gas tank. The rest goes to corn syrup for your diabetic sweet tooth. As for soybeans, when was the last time you sat down to a nice soybean stew or a bowl of buttered soybeans? Never! It ends up basically a food-like additive for processed foods.

Let’s get this straight: Farmers are not the bad guys here. It’s the System that keeps them essentially indentured servants to the Big Ag corporations. They are the ones who run the show. You already know who some are: Bayer, Dow, Syngenta, Novartis and, of course, big, bad Monsanto. And remember Cargill, Tyson, Big Dairy and every fast food burger joint around the world.

If you consider yourself an environmentalist, this April, this month of Earth Day, unchain yourself from the pipeline and protest where it counts: the corporations that are really polluting the planet.