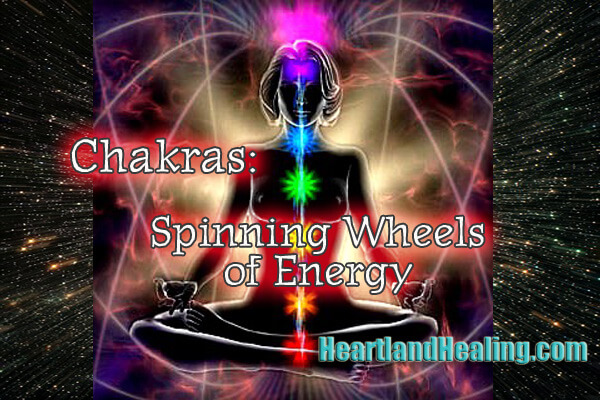 This much I know and physics confirms: I am made of energy, pure and simple. You only have to know a tiny bit about science (and it seems “a tiny bit” is the full measure that people are learning these days), to understand that everything in the physical universe is completely made of energy. We, our bodies that is, are not solid matter but trillions and trillions of atoms (7×1027). And atoms are nothing but energy. Science has yet to find any particle that is made of solid matter but rather they are all made of even smaller “particles” that are only fields of energy that send science looking deeper and deeper trying to find a solid matter building block. So far, we’re still looking.

So, energy it is. And of course the entire Universe, made of atoms, is energy as well. The air around us. The table, the chair, the tree, the person — everything is a connected energy that we are in direct contact with. No doubt, our individualism is displayed as a solid body because the composite fields of energy our consciousness is using has bound certain atoms and molecules together into seeming solid matter. And there is a continuity and that continuity flows through specific locations in our energy field. For millennia, wise men have known of the existence of these areas. As far back as 4000 years, those locations on the body have been known as “chakras” according to the Sanskrit word described in the ancient Indian text known as Vedas.

“Head East, young man.” Paraphrasing Horace Greeley, there was a period of exploration in the 19th century that exposed the West to the philosophies of Eastern culture. True, Marco Polo pioneered the connection with China and northern India but it was the advance of English imperialism that brought full awareness.

As Western culture explored the ancient rituals and philosophies of India and the Far East, interest in spirituality and the occult soared. Trade between India and the West wasn’t limited to tea, silk and exotic spices. The thought and spiritualism indigenous to the region became its greatest intellectual export.

Leadbeater made his way to India in 1884 to study under the guidance of Master Kuthumi at Adyar. Diving deep into the pool of knowledge evidenced in the Vedic texts and lore of the ancient rishis or wise men of ayurvedic wisdom, Leadbeater came to understand physics and energy along a path parallel to Western physics but from the exact opposite side of cognition.

Thousands of years ago, the wisest of the Indian scientists understood quantum physics and atomic theory in their own way. Without the technical tools to measure energy in the same ways we do today, they measured or experienced energy in other, more subtle, ways. Their science was a combination of sensible observation of nature and intuited knowing. Thousands of years later, Albert Einstein, the scientist of our age, would often credit the value of the intuitive mind when it comes to knowledge.

The rishis’ works were eventually written down in texts known as the Vedas. Leadbeater studied the texts in the late 1800s and interviewed yogis who were still knowledgeable in the science of ayurveda. In 1927, Leadbeater published The Chakras. It remains the foundational text describing the chakras for the Western mind.

Big wheel keep on turning. Chakra means “wheel” in Sanskrit. If form and function are related, imagine that a chakra is a wheel-shaped vortex or channel between the body’s energy field and the universal energy. In appearance, and there are those who have seen them to describe them, a chakra looks like the aperture of a camera. Like an iris can open or close, so too can a chakra. An iris regulates light. A chakra regulates energy.

Like a coffee cup on a table, there are many points of contact. The body has seven main chakras. Each is specifically located and has its own characteristics. As the main chakras progress from numbers one through seven, they grow more complex, often compared to a flower’s bloom; the simplest with four petals, the highest with 1000.

The Magnificent Seven. The first chakra, in Sanskrit Muladhara, is located at the base of the spine. It is the Root chakra, attendant and attuned to the most base energies. The second chakra is controversial. Some sources call it the spleen chakra. It is not. The second chakra is actually the Svadhishthana and is in the area of the reproductive organs. Victorian prudishness of the late 1800s prompted Westerners to adopt sexual denial. The third chakra is the navel chakra, Manipura. The fourth chakra, Anahata, is the reddish heart chakra, emerging in the area of the heart and solar plexus. Fifth is the throat chakra of communication, Vishshuddha. Next is the brow chakra, Ajna and then finally, at the very top of the head is the crystal white and complex crown chakra, Sahasrara.

Physiologically, each of these areas is specially innervated. You can find them easily, intuitively. Press on your solar plexus, navel, base of your throat or between your eyebrows. There is no mistaking that those areas feel totally different from just a few inches to either side. The chakras are sensitive to energy even more so than to touch. When chakras become blocked, constricted or otherwise compromised, energy does not move through them easily. Resisting energy causes disease, as surely as plaque blocking our arteries or thought limiting our awareness, the result is the same.