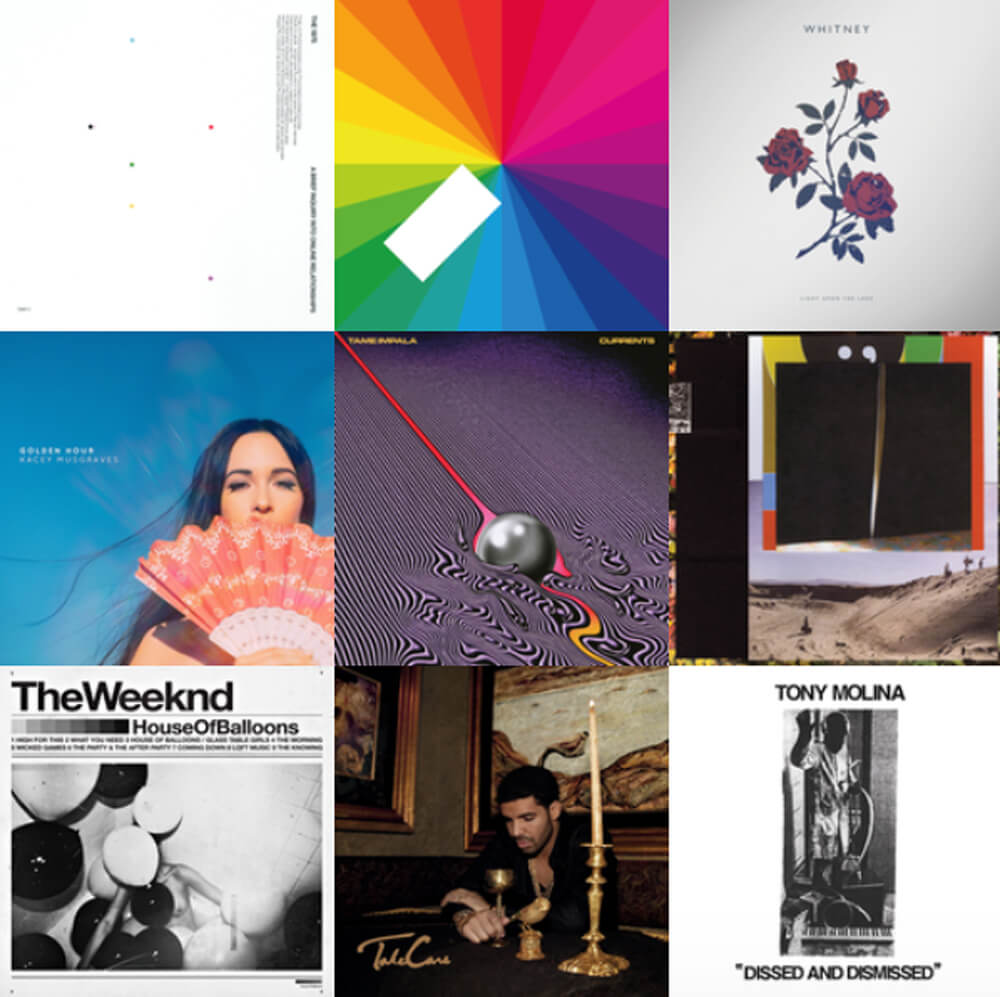 Best-of lists are an inherently stupid, yet completely brilliant, way to judge any type of art. Think about it; even the most devoted music critic only gets the chance to seriously listen to a few hundred records out of the ungodly number released each year — never mind the near-infinite stream of mixtapes and singles that appear exclusively on sites like SoundCloud. From there, they funnel out those that don’t mesh with their tastes and what they believe their readers might have an interest in. Then, toward the end of the year, they try to sift through their feelings about said records and rank them using no standardized criteria. Now, multiply this by 10, and you can see how ridiculous it is to make an all-encompassing, air-tight list highlighting all the best albums from the past decade.

At the same time, I adore these lists, however stupid they may seem. They act as a snapshot that allows readers to see what the musical landscape of a particular year or decade was like. You’re able to go back and see if a record’s stock has risen or fallen since its release. And, most importantly, it’s a way for readers to discover music that they may have missed out on the first time around or convince them to give something a second listen.

That’s merely what I’m hoping to accomplish with this list — to give you, the reader, a chance to find a new favorite song, artist or album.

Or, if you’re already up to date on everything on this list, you can sit back and quietly judge it, basking in the glow of your superior musical knowledge. 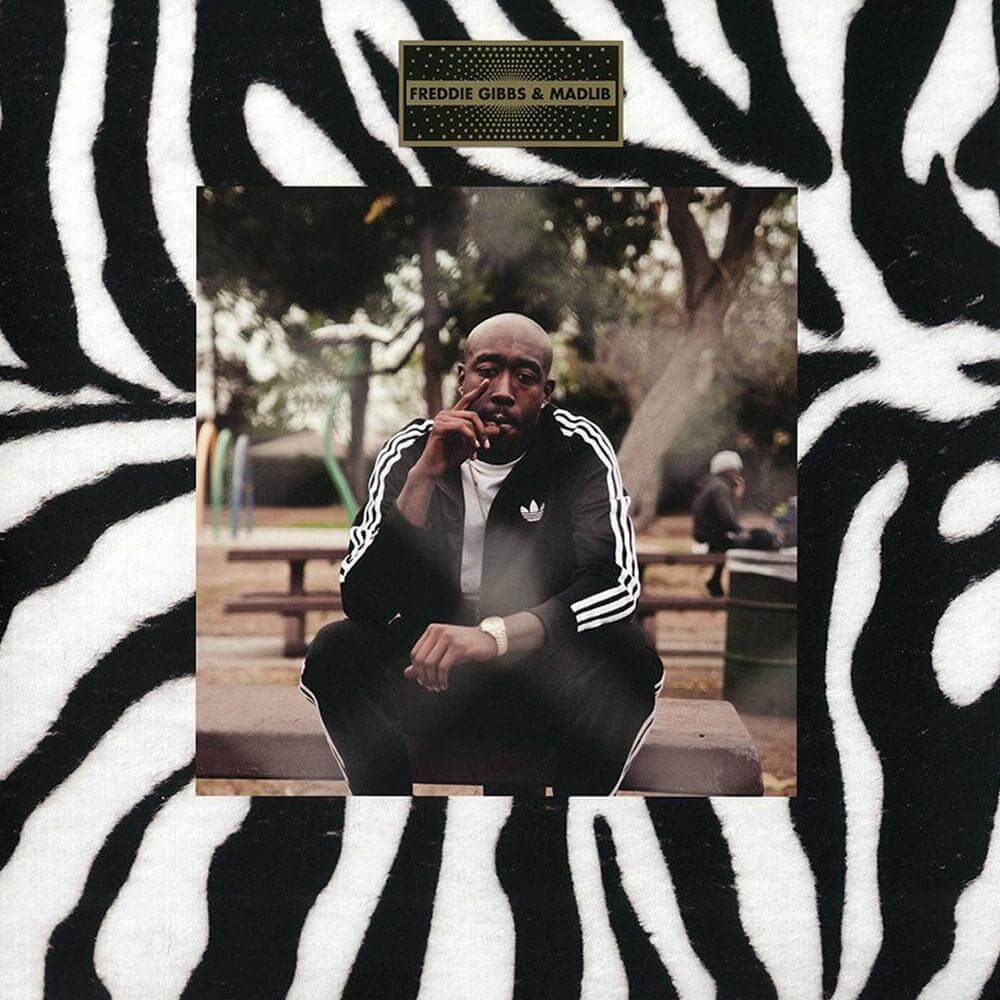 Freddie Gibbs’ greatest strength, up until the release of Piñata, was also his greatest weakness — he could rap over anything. The Gary, Indiana, rapper’s lyrical dexterity allowed him to turn uninspired beats into something truly fun, if not a little forgettable, on his early mixtapes and major label fare. In Madlib, the California producer responsible for crafting Madvillainy with MF DOOM, Gibbs found a partner that could build him a world truly worthy of his talents.

When Gibbs was imagining the record, he claimed he wanted it to sound like the sonic equivalent of a blaxploitation film. Across its sprawling 17 tracks, Piñata unfurls into just that. There are gritty shoot’em ups (“Scarface”), small-time drug deals (“Uno” and “Knicks”) and soap opera romances (“Deeper”). With production that incorporates everything from ‘70s soul to movie dialog and a guest list featuring the likes of Raekwon, Earl Sweatshirt and Danny Brown, it teeters on excess. In fact, it would probably collapse if not for Gibbs rapping his ass off through the whole damn thing. 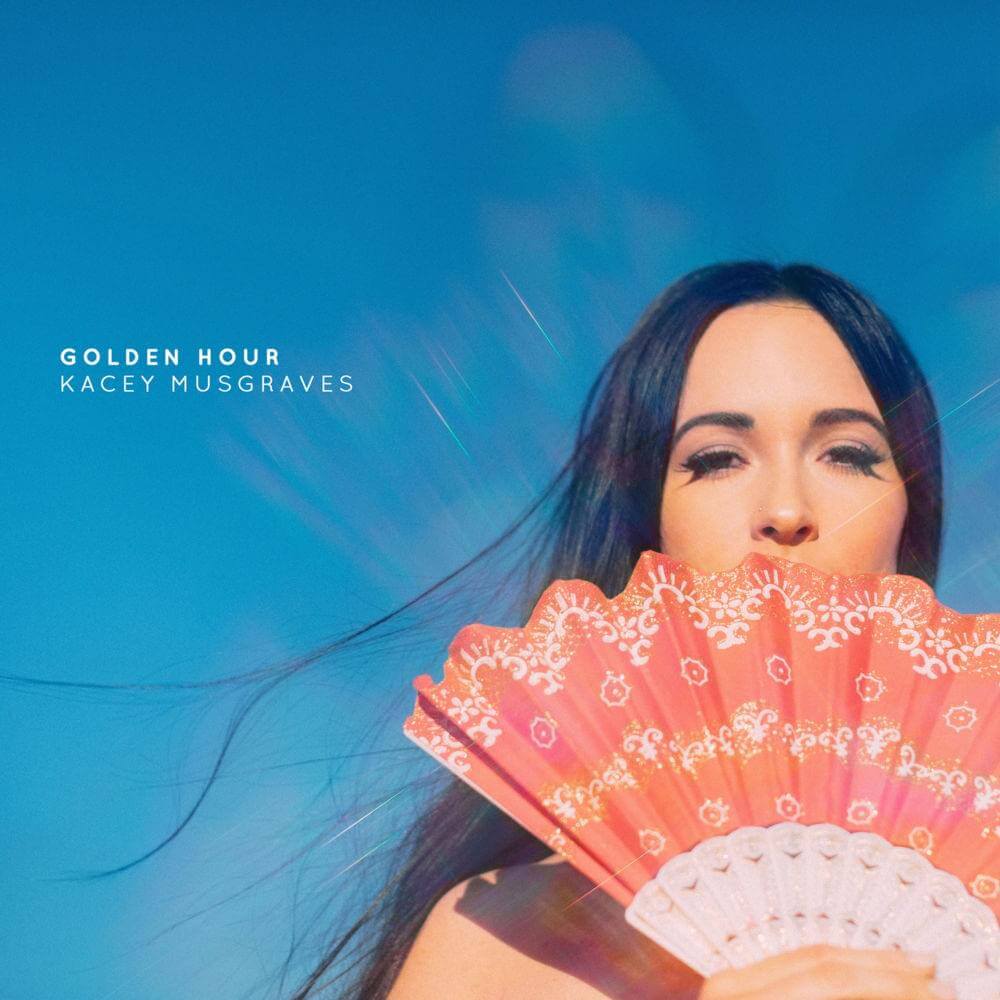 In the decade when cross-pollination between genres became the norm, Kacey Musgraves was country music’s butterfly. On her fourth full-length, touches of psych (“Slow Burn”) and soft rock (“Wonder Woman”) sit comfortably alongside classic country ballads. With “High Horse,” Musgraves was even able to craft a disco tune that feels more at home in the club than the honky-tonk. No matter what genre she was dabbling in, Musgraves made it feel distinctly her own and made fans of all genres take notice. 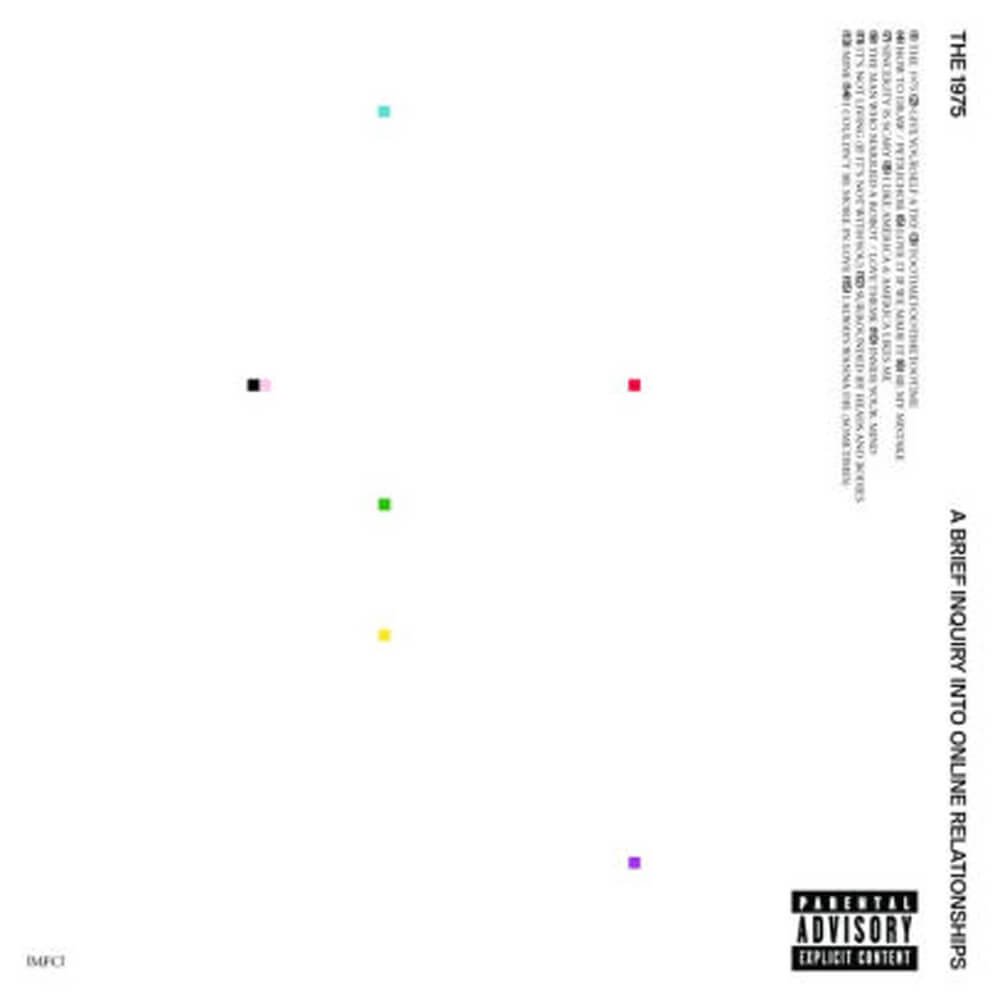 A Brief Inquiry into Online Relationships — The 1975

Speaking of being genre-agnostic, no band typified this more than The 1975 on their 2018 breakthrough record. On it, the lads from Manchester were completely absorbed in reinventing themselves … on every song. One moment they’re making pissy, emo-indebted rock (“Give Yourself a Try”) and the next they’ve moved onto tropical-flavored pop (“TOOTIMETOOTIMETOOTIME”). The three-song closing features lounge-singer crooning from frontman Matty Healy (“Mine”), white-boy R&B (“I Couldn’t Be More In Love”) and the band’s approximation of a late-career Verve track (“I Always Wanna Die (Sometimes)”).

It doesn’t always work — the over-processed trap of “I Like America & America Likes Me” wears thin after a few listens — but there are far more hits than misses. It’s the perfect record for the technologically overstimulated playlist generation. 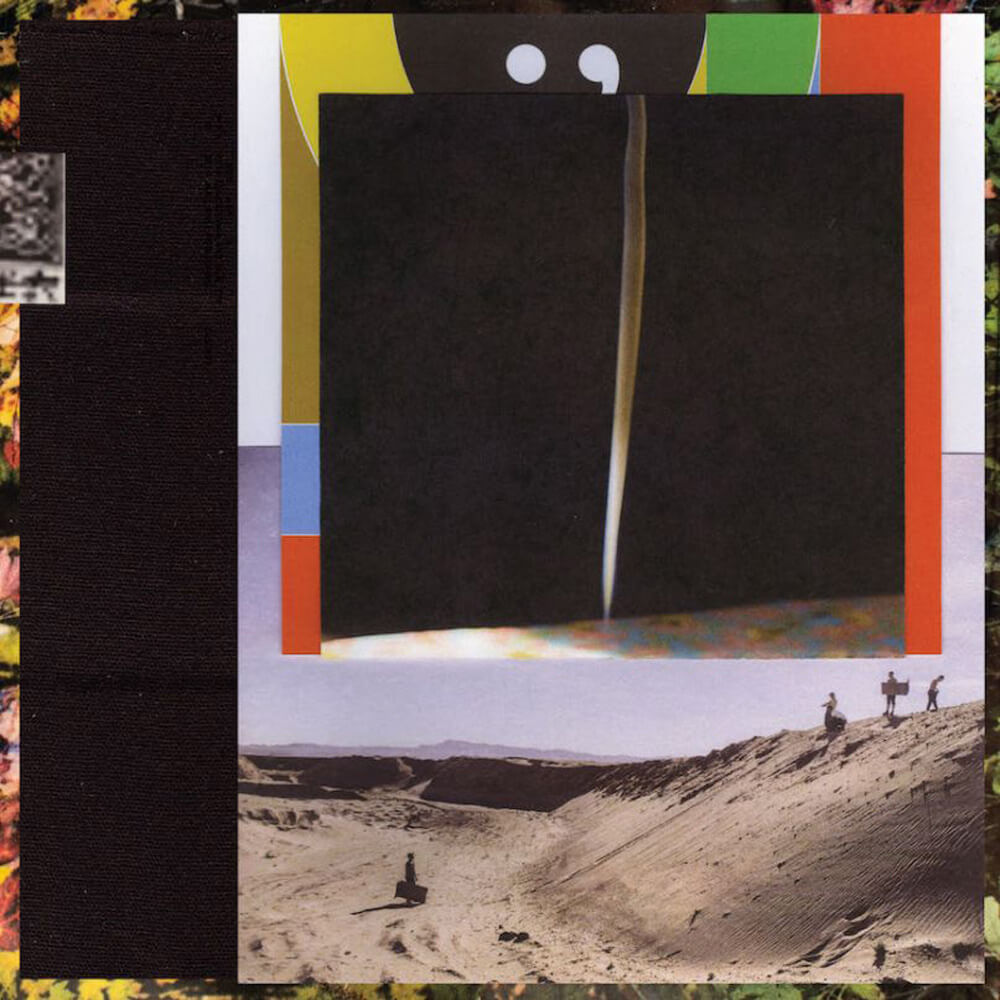 If you scan the extensive credits for Justin Vernon’s fourth album, i,i, you’ll find multiple mentions of Young Thug’s go-to producer Wheezy. It’s a fitting pairing considering that Vernon has spent the better part of the decade becoming the indie-rock equivalent of the Atlanta MC.

Throughout i,i, Vernon uses his voice in the same manner as Thugger, compressing, mangling, amplifying and sampling to extract the desired emotional response from his audience. When it finally does appear unscathed — soaring above the gurgling synths of “Faith” or fluttering along to the metronomic click of “Hey, Ma” — it sounds positively radiant. It’s a reminder that no matter how alien Vernon’s music has become, his first concern is always making you feel unapologetically human. 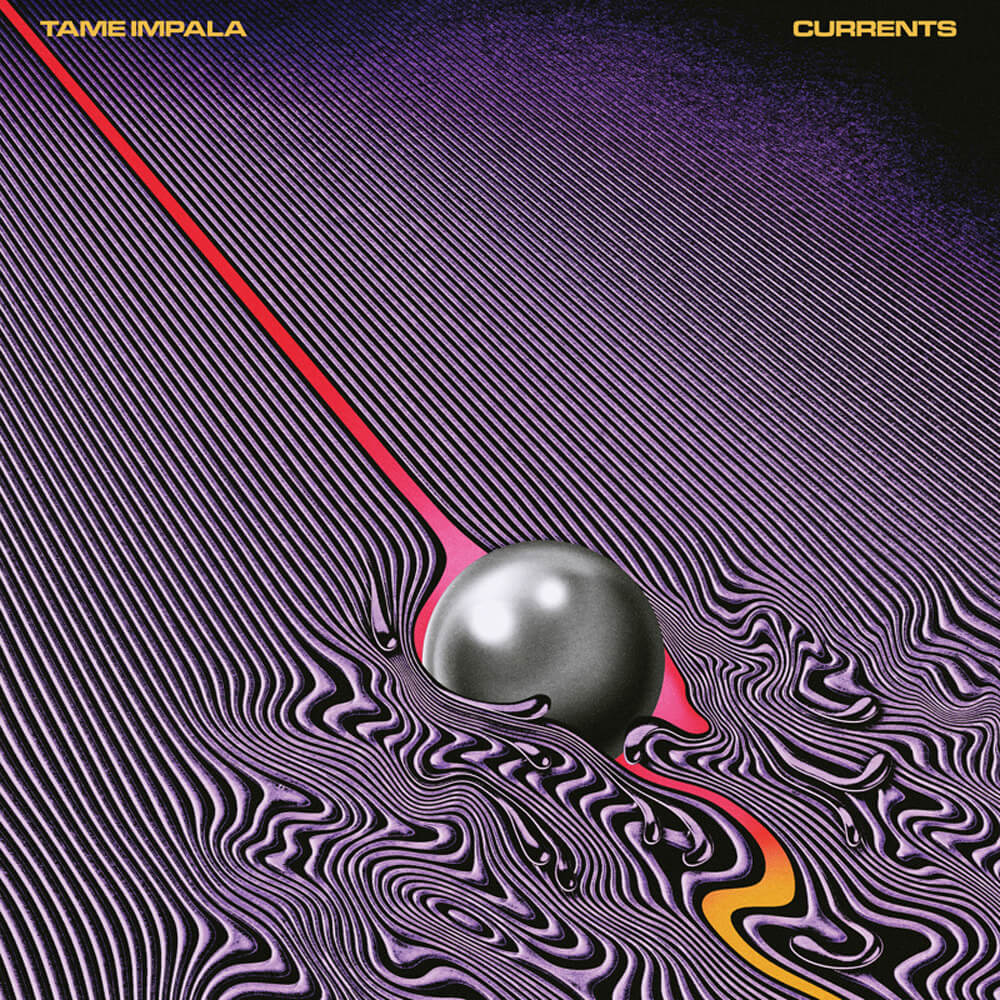 This one was a toss-up. I could’ve just as easily picked Lonerism, Kevin Parker’s flang-forward opus to outcasts everywhere. Instead, I opted for Currents because it sounds completely singular.

Inspired partly by a drug-fueled car ride in LA in which Parker was listening to the Bee Gees’ “Stayin’ Alive” and struck by the “emotive, melancholy feel to it,” Currents is an attempt to bring psychedelic rock to the dance floor.

To do so, Parker spent hundreds of hours in the studio recording a nearly endless amount of takes in search of the perfect sound. The result is an audiophile’s wet dream. It’s easy to luxuriate in the mind-altering synths of “Nangs” or get lost in Axelrod-esque keys that kick off “New Person, Same Old Mistakes.”

Kevin Parker says he finds the album to be “unlistenable.” I respectfully disagree. 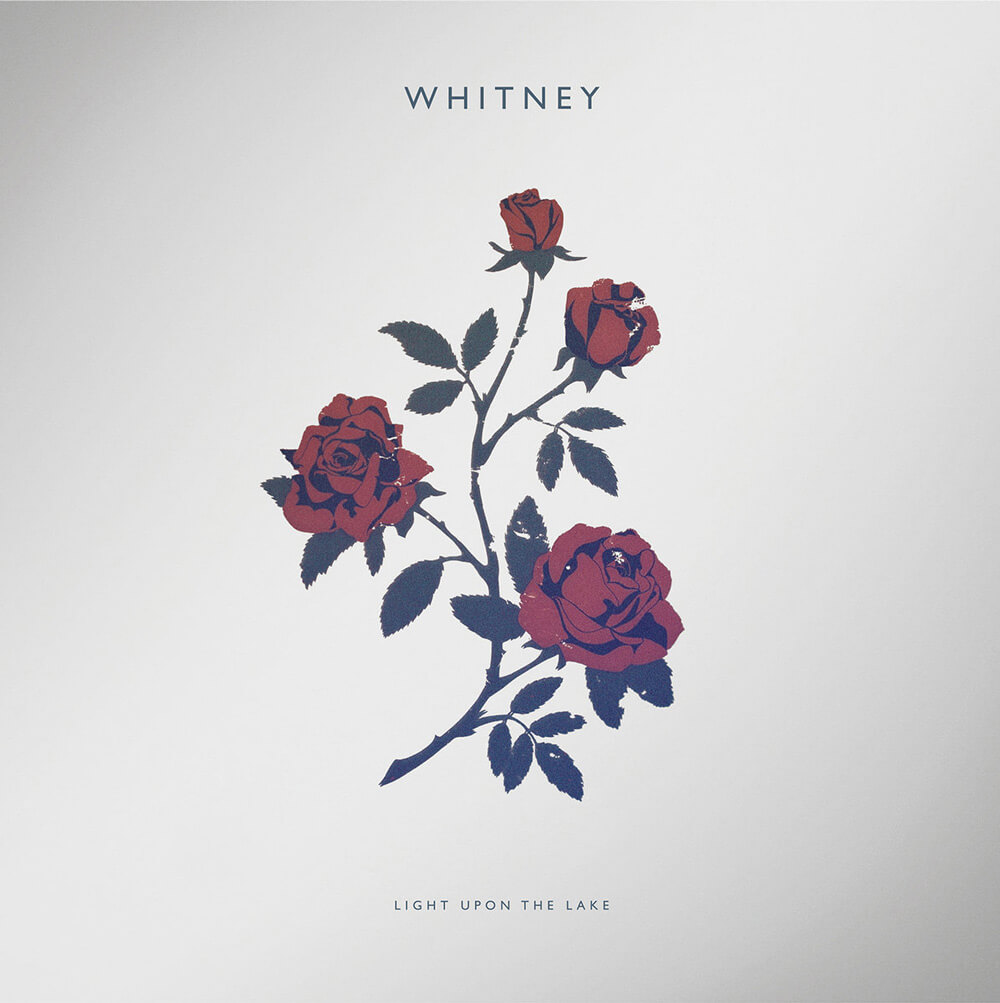 Light Upon the Lake — Whitney

Has a breakup album ever sounded so sunny? After the end of Smith Westerns and the collapse of their respective romantic relationships, Max Kakacek and Julien Ehrlich decamped to a friend’s basement and spent a brutal Chicago winter carefully crafting a collection of songs about their lonely, booze-filled evenings.

However, Light Upon the Lake is anything but depressing. Buoyed by Ehrlich’s feathery falsetto, Kakacek’s zippy guitar fills and a glowing brass section, the duo isn’t lamenting about the past, they’re gazing at it fondly, excited by the possibility of recapturing that spark with someone new. 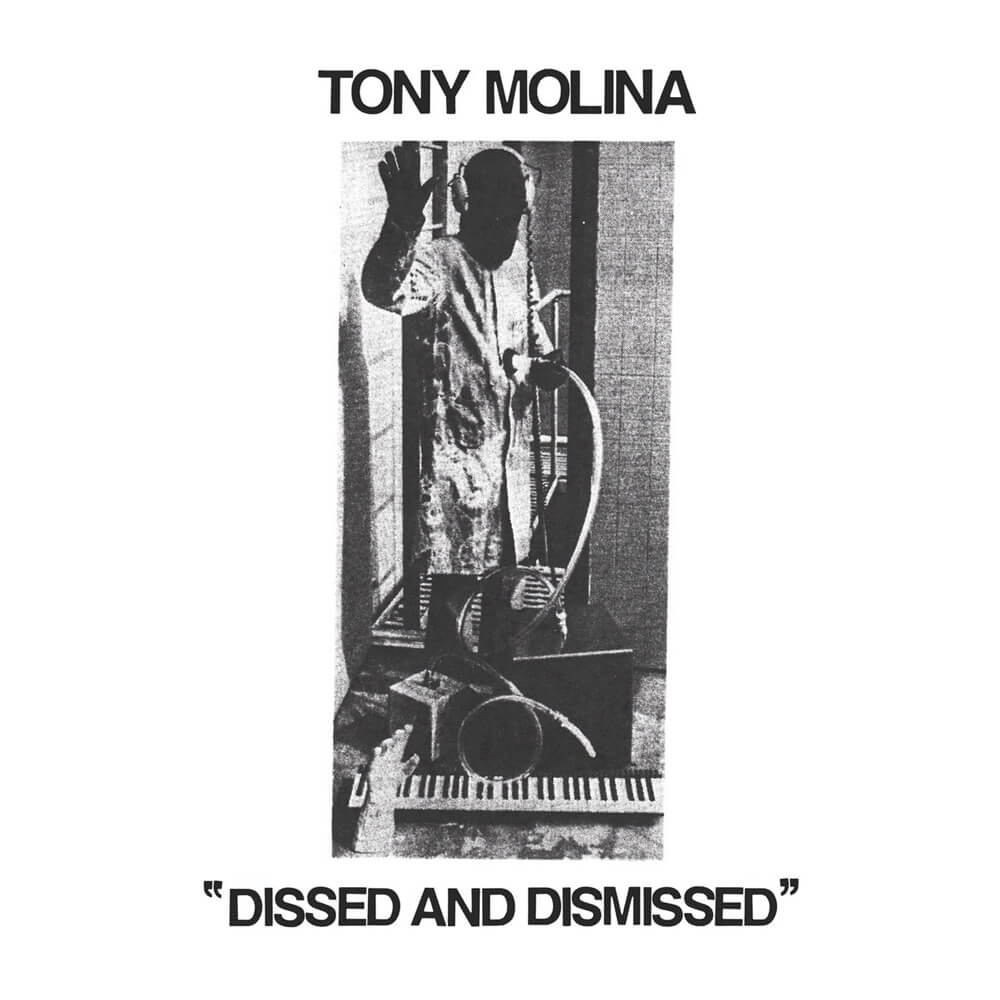 Tony Molina gets straight to the point. The Bay Area hardcore veteran doesn’t waste time writing second verses or bridges or, in some cases, either. At 12 songs spanning 12 minutes, Dissed and Dismissed gets right to the good stuff: gloriously distorted riffs, half-sung lyrics in a mopey lilt that would make J Mascis smile, and uncontainably joyous guitar solos. I could go on about the album’s brilliance, but that would be missing the point. 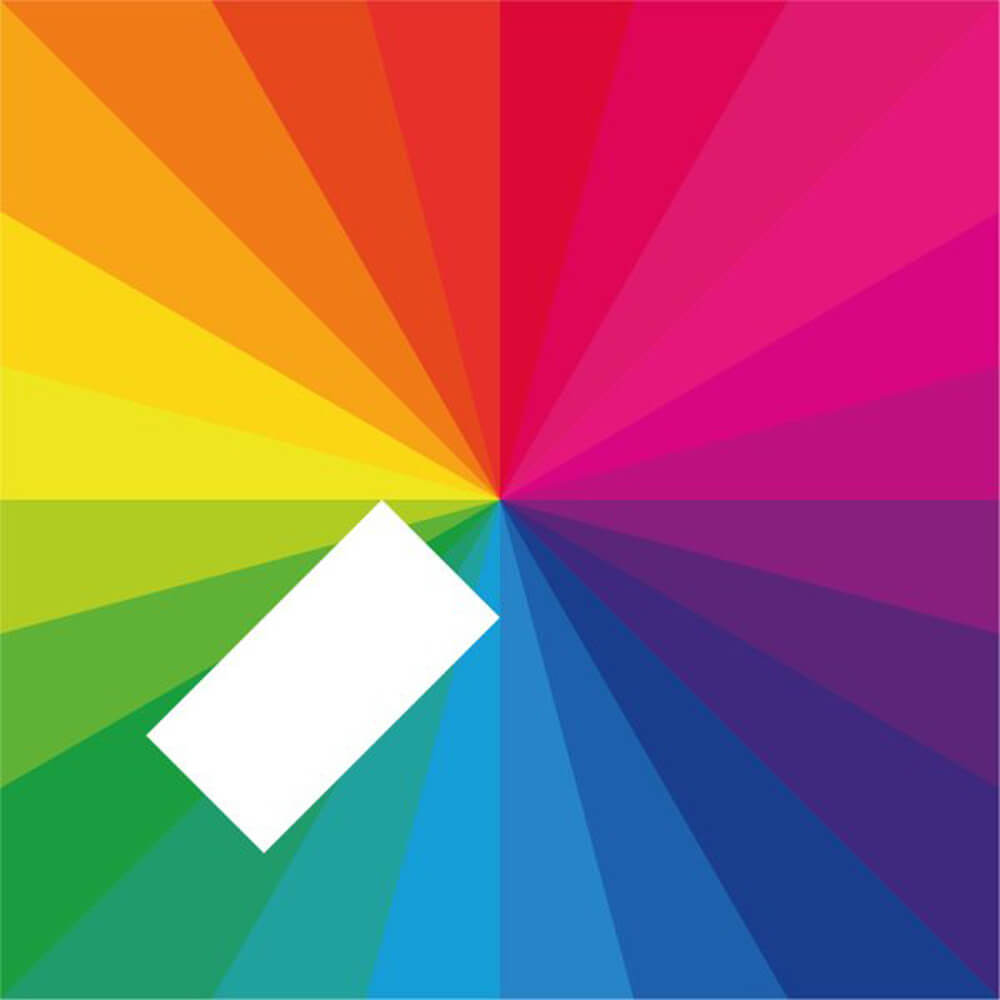 I was never a huge fan of The xx. Maybe it’s because the London trio’s moody pop music always came off a bit too self-serious for my liking or because everyone that owned a copy of the record seemed to have picked it up at Urban Outfitters — along with one of those shitty Crosley record players — and talked about how it was the perfect record to “vibe out” to. Probably a mix of both.

On his first proper solo record, Jamie Smith, the group’s electronic architect drew from a bigger pallet — pulling in the best parts of his flagship band and fusing them with the music of the London club scene, for which he had grown homesick after months on the road.

As a result, there’s a duality that runs deep throughout In Colour. Drum and bass bangers find themselves alongside two of the best tracks that The xx should have recorded. Young Thug even stops by to drop a couple of bars. It’s carefree, spacey, and the closest thing you’ll get to a fun xx album. 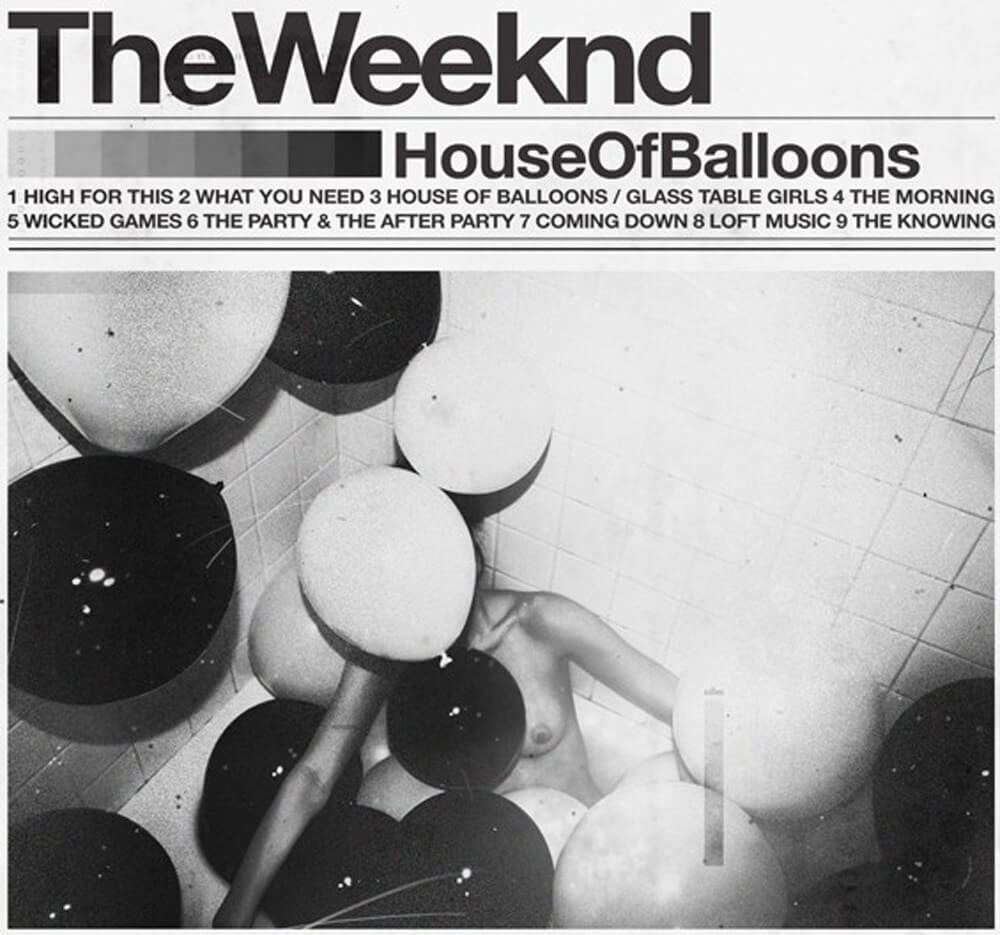 House of Balloons — The Weeknd

“Goddamn bitch, I am not a Teen Choice,” Abel Tesfaye, a.k.a. the Weeknd rapped on “Reminder,” one of the standout singles from 2016’s wildly successful Starboy. After two years of using his MJ-esque falsetto to crank out club-ready hits, it was hard to take him seriously. 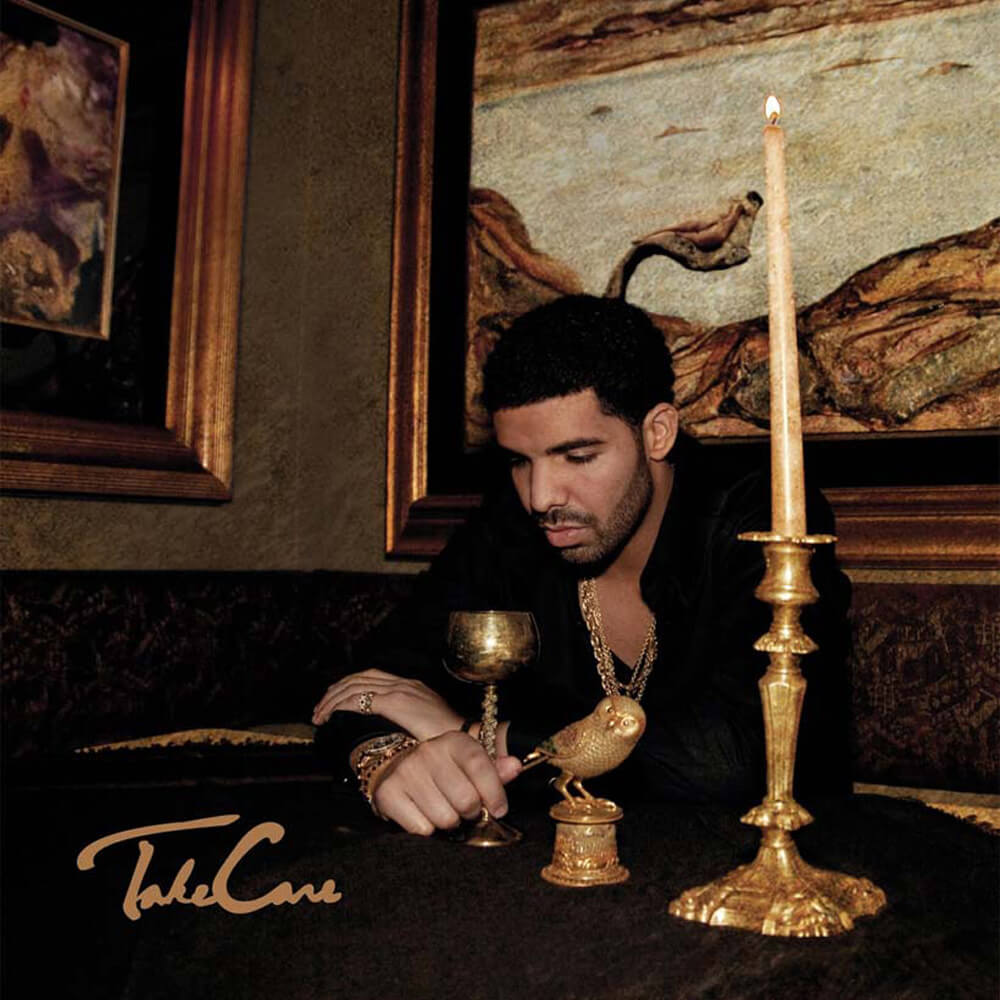 Over the last 10 years, Drake has proven to be one of the all-time wave riders in popular music. Whether barking over the sparse trap beats of If You’re Reading This, It’s Too Late or ripping off the dancehall riddims of D.R.A.M.’s “Cha Cha” with “Hotline Bling,” the former Degrassi star and his production team were able to compress almost every major pop music trend into its most digestible form.

On Take Care, Drake and producer Noah “40” Shebib did the opposite — they created an influential landmark that sounded like nothing else at the time.

A noted fan of Aaliyah, Usher and his mentor, Lil Wayne, Drake combines woozy R&B with big-balled braggadocio into a gold-encrusted glass case of emotion. Whether tossing out endearing, corny punchlines or drunkenly dialing an ex in the wee small hours of the morning, Take Care was the first and last time that the 6 God would sound exactly like himself. 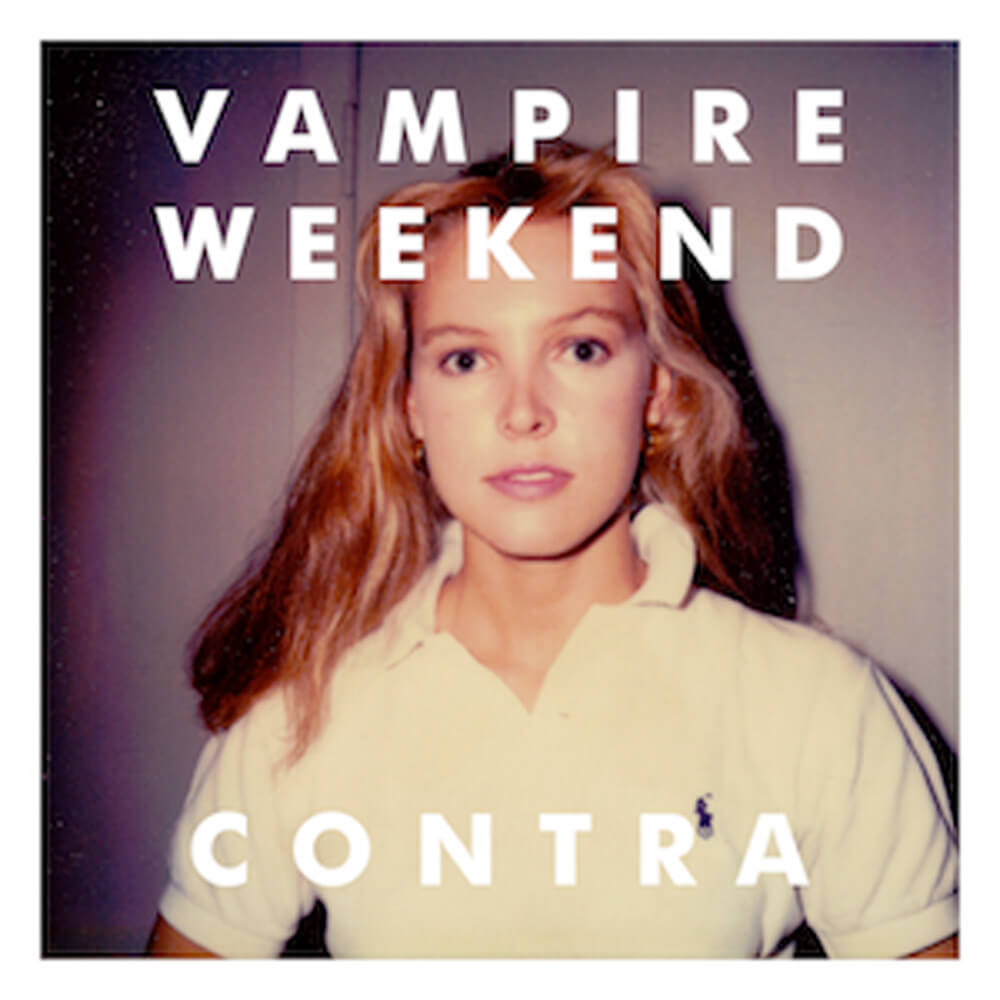 On Contra, Vampire Weekend decided to double down. Instead of spilling kefir and arguing about punctuation, the Columbia grads were sipping horchata and hanging with the sons of foreign dignitaries. And, instead of adding flecks of world music, the band was now fully engrossed in crafting it.

Acting as the record’s producer, multi-instrumentalist Rostam Batmanglij helped to flesh out the band’s explorations into everything from ska to Latin drum music, and frontman Ezra Koenig’s lyrics struck the perfect balance between pointed social commentary and catchy gibberish. Some might ride for Modern Vampires of the City or Father of the Bride, but, for my money, the band hasn’t topped the record they released two weeks into the decade.

Tell Me How You Really Feel – Courtney Barnett

This Is Happening – LCD Soundsystem

Care For Me – Saba

Guilty of Everything – Nothing