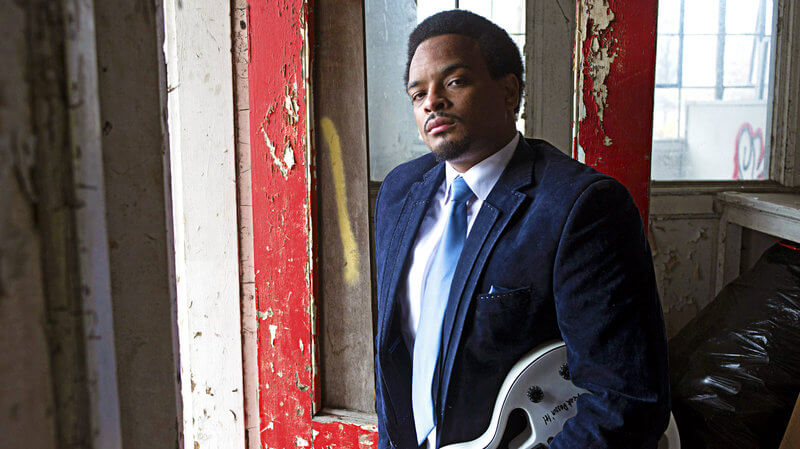 Thursday night the great options for live music include the joyous New Orleans inflected romps of Davina & The Vagabonds at The 21st Saloon Thursday, March 26, 6-9 p.m. They are on their way off to the UK for another European tour next month and are headlining some major jazz festivals, so it’s hard to say when they will be back in Nebraska. Don’t miss this show if you like your blues served up with swampy New Orleans-style keyboards, jump-blues and swing. Davina has called their music “a new spin on an old sound.” And there is no doubt they are both fresh and conjuring up some of the best traditions of roots music at the same time. Come out and experience the pure musical joy that Davina and her band put down. See davinaandthevagabonds.com.

Meanwhile down in Lincoln, Denver-based Andy Sydow brings his Louisiana-inflected roots, blues, Americana keyboard music to the Zoo Bar, 9:30 p.m. Thursday, March 26. Colomusicbuzz.com says “Sydow has a charismatic stage presence, and is an excellent songwriter, showing character beyond his years in both his lyrics and playing ability. With influences ranging from deep-south slide guitar, to jazz and funk, his songs take on an accessible, Americana feel, and he breathes life into traditional styles of music that allows for a new generation of fans, while still appealing to older-generations that grew up with blues, rock n’ roll, and folk music.” Check out this young artist on the rise. Get a taste at andysydow.com.

Austin’s Mandy Rowden has visited Omaha previously with former Omaha singer-songwriter Cass Brostad, who now calls Austin home. Rowden is back playing at the Barley Street Tavern Saturday, March 28. She has just released a new CD These Bad Habits featuring notable artists Lloyd Maines, Redd Volkaert and Brad Rice. Rowden is a multi-instrumentalist praised for her playing as well as for her songwriting and vocal work. Preview her music at mandyrowden.com.

Benson is the place to be Saturday night with the previously mentioned Barley Street show plus Lash LaRue bringing his new band to The Reverb Lounge. Lash LaRue & The Hired Guns featuring Lee Gambrel and Josh Dunwoody headline the evening of Americana and roots. Also performing are Dave Broders, Josh Dunwoody, again, and Joe Watson. All at The Reverb Lounge Saturday, March 28, 9 p.m.

They are touring in support of Refuse to Lose (Alligator Records). The Mississippi-born artist brings contemporary rap, rock and R&B to traditional blues roots. In press materials, Singleton observes, “”I love the blues tradition, and have always been inspired by the masters. But I want to create something for today’s audience that is as original and new as those blues masters were when they first started making records. I want to create blues for the 21st century.”

The Washington Post says “Jarekus Singleton is an exciting new young blues guitarist with melody, hooks, swagger and a strong, original voice. His lyrics are modern, personal, acutely poetic and deeply mature.”  While Blues & Rhythm Magazine in the UK says simply “Jarekus Singleton is destined to be the next big name in the blues world.” For more info see alligator.com/artists/Jarekus-Singleton.

In March, Blind Pig Records was purchased by Orchard Records, which in turn was purchased by Sony Music Entertainment. Billboard reported the news on March 9, stating that the deal included the acquisition of all the Blind Pig label masters from 38 years of blues music production plus “five new albums to be released in 2015 from Albert Cummings, the Cash Box Kings, Victor Wainwright, Zac Harmon and Andy T & Nick Nixon, which the Orchard will release in conjunction with Blind Pig Records principals and the team remaining going forward.”

See more on the changes at billboard.com/articles/business/6494826/the-orchard-acquires-blind-pig-records-catalog and billboard.com/articles/business/6502448/sony-music-completes-orchard-buy-out. Orchard also recently acquired Frenchkiss Records and Balcony TV, an online music showcase that originates live and live-to-digital music performances from various cities. You can follow the future of Blind Pig at blindpigrecords.com.

There’s lots of buzz about the show coming up Tuesday, April 7, 9 p.m. at the Reverb Lounge, when Kitty, Daisy & Lewis play. The London band’s latest record just posted to Interview magazine’s site for a streaming preview. They are gaining fans from all corners for their “mix up of dirty R’n’B & blues, whiskey soaked country, haunting Hawaiian jungle drums and Gospel fever, with a punch in the face by Daisy’s hard beatboxing!”  See facebook.com/kittydaisyandlewis.

The much-anticipated Kim Lenz date April 29 at Chrome Lounge has been postponed by the artist due to a family illness one of her band members is dealing with. The Wednesday, April 29, 7:30 p.m. show will now feature two full sets from Lincoln’s own internationally recognized rockabilly band the Mezcal Brothers. Lenz cancelled the whole tour and hopes to reschedule for September, according to Rockabilly Night organizer Merinda Collins.

Josh Hoyer & The Shadowboxers team up with Sidewalk Chalk at the Zoo Bar Thursday, April 2, 9 p.m.