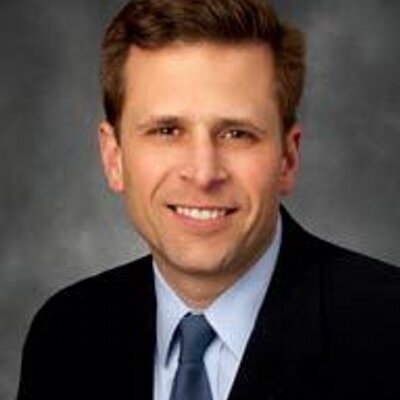 Councilmember Pete Festersen was elected to the Omaha City Council in 2009 and re-elected in 2013. Festersen is the Vice President of Community and Government Affairs for CHI Health. He has held senior management positions with the Greater Omaha Chamber of Commerce, the Peter Kiewit Foundation and the Mayor’s Office. Festersen has served as Chairman of the Omaha Planning Board and on various community boards such as the Omaha Children’s Museum, College World Series Inc., AK-SAR-BEN Future Trust and the United Way of the Midlands campaign.

Festersen says he has focused on public safety improvements such as adding police officers and passing a property crime ordinance to deter burglaries and theft as well as balancing the budget, pressing for pension reform and cutting property taxes during his tenure. He wants to see the continued redevelopment of the Dundee, Benson and Florence business districts. Festersen’s wife, Paige, is a preschool teacher at Dundee Presbyterian Church. They have two young children, Anna and Caroline. 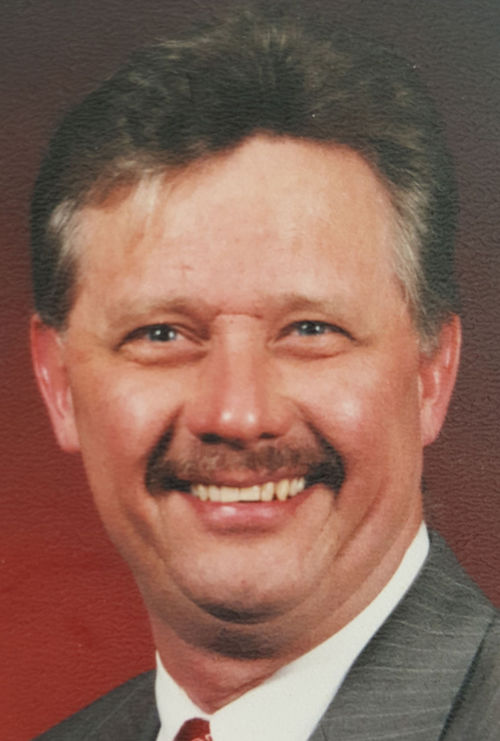 Anderson is a native Nebraskan and has lived in Omaha for most of his adult life. He is a retired journeyman mechanic for Union Pacific Railroad and served in the US Navy Reserves. Anderson says he believes in the old fashioned values of serving God, family and community.

Among Anderson’s priorities are to reduce taxes, including abolishing the restaurant tax. He believes high taxes are the main reason for the “brain drain” in our state and the reason many retirees leave the state. He would push for the Crossroads Mall redevelopment and says the city must focus on improving the condition of our roads. 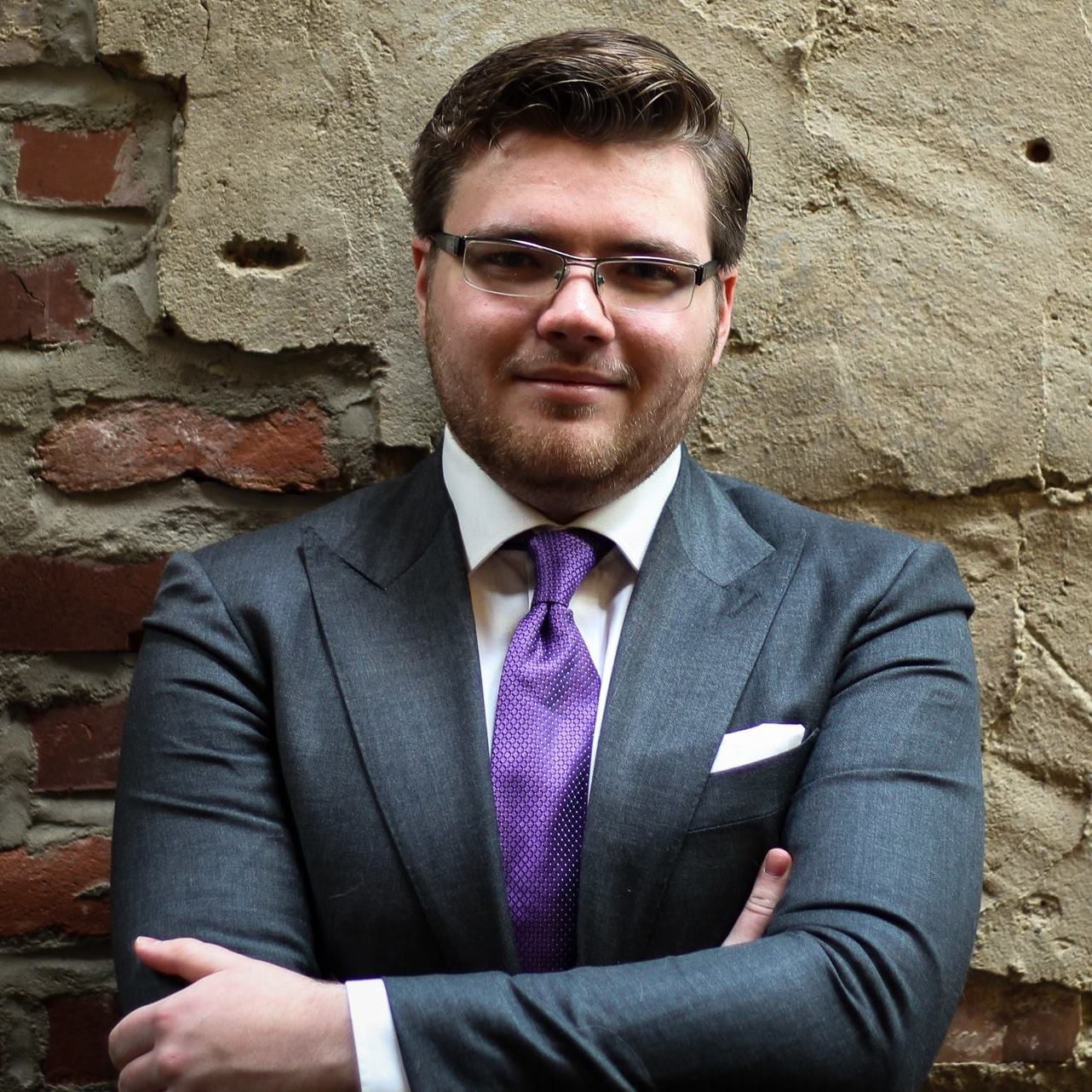 Grant Sturek grew up in the Dundee-Memorial Park neighborhood. He graduated from Omaha Central High School in 2015 and is currently a student at the University of Nebraska-Omaha majoring in economics and political science.

Sturek’s wants to replace the city property taxes with income and excise taxes to lower the cost of living. Sturek says he would like to see the city partner with school districts and community organizations to keep kids off of the streets and reduce the systemic poverty that leads to criminal behavior. He also believes in campaign finance reform for local races. Currently, Omaha has no laws restricting the amount of money that candidates for local office can accept from individual donors. He believes this leaves the system vulnerable to having our democratic institutions suppressed by profit-motivated political machines. 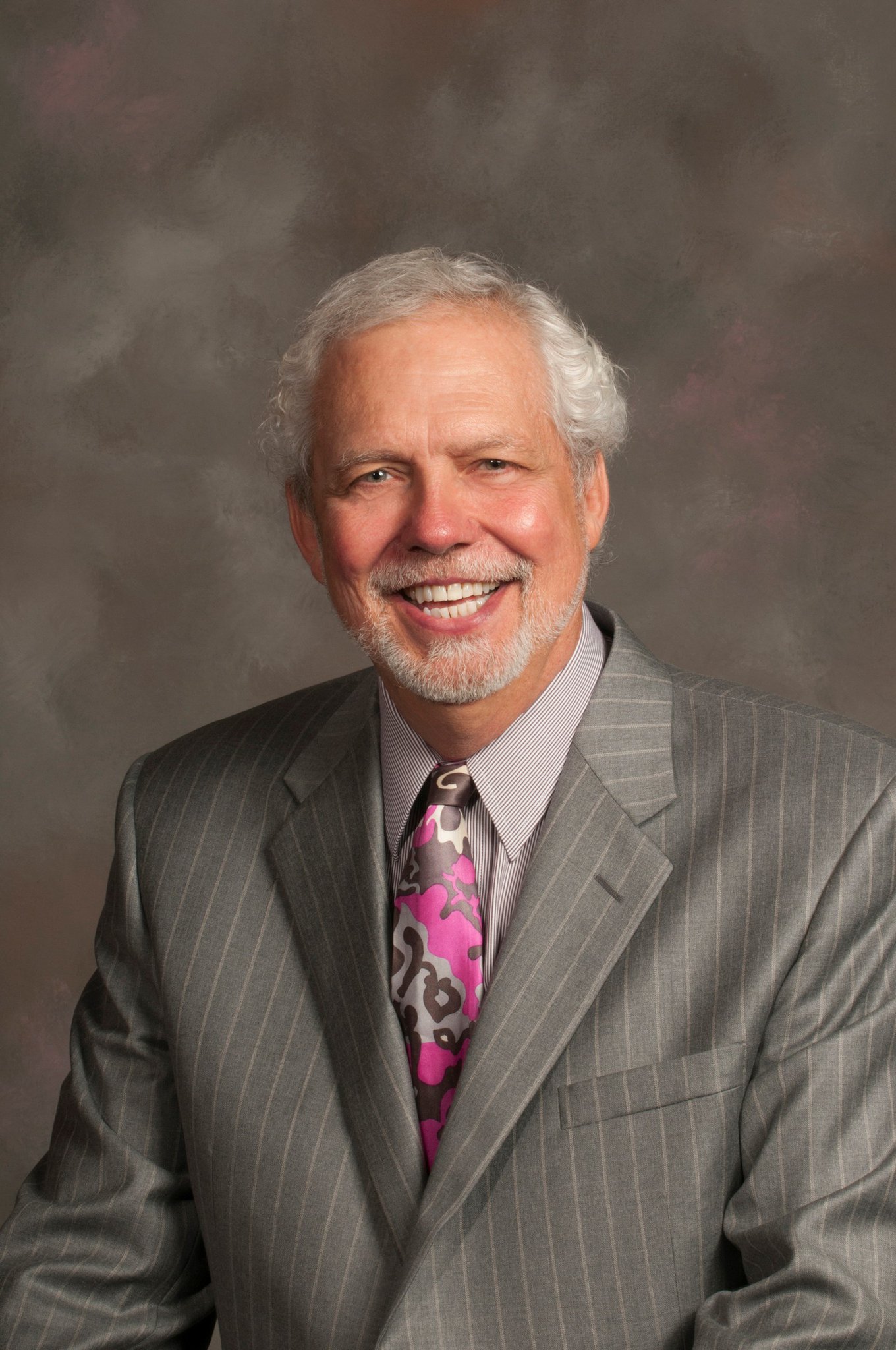 Councilmember Rich Pahls was elected to the City Council in May 2013 and is running unopposed. Pahls represented southwest Omaha’s District in the Nebraska Legislature for two terms. He has lived in the Millard area for more than 30 years while serving as a Principal at many of the Millard Elementary schools and an Administrator for the Millard Public School District. Pahls says he enjoys visiting many of the local restaurants in the mornings, listening to his constituents’ viewpoints and discussing municipal and state government issues over a cup of coffee. 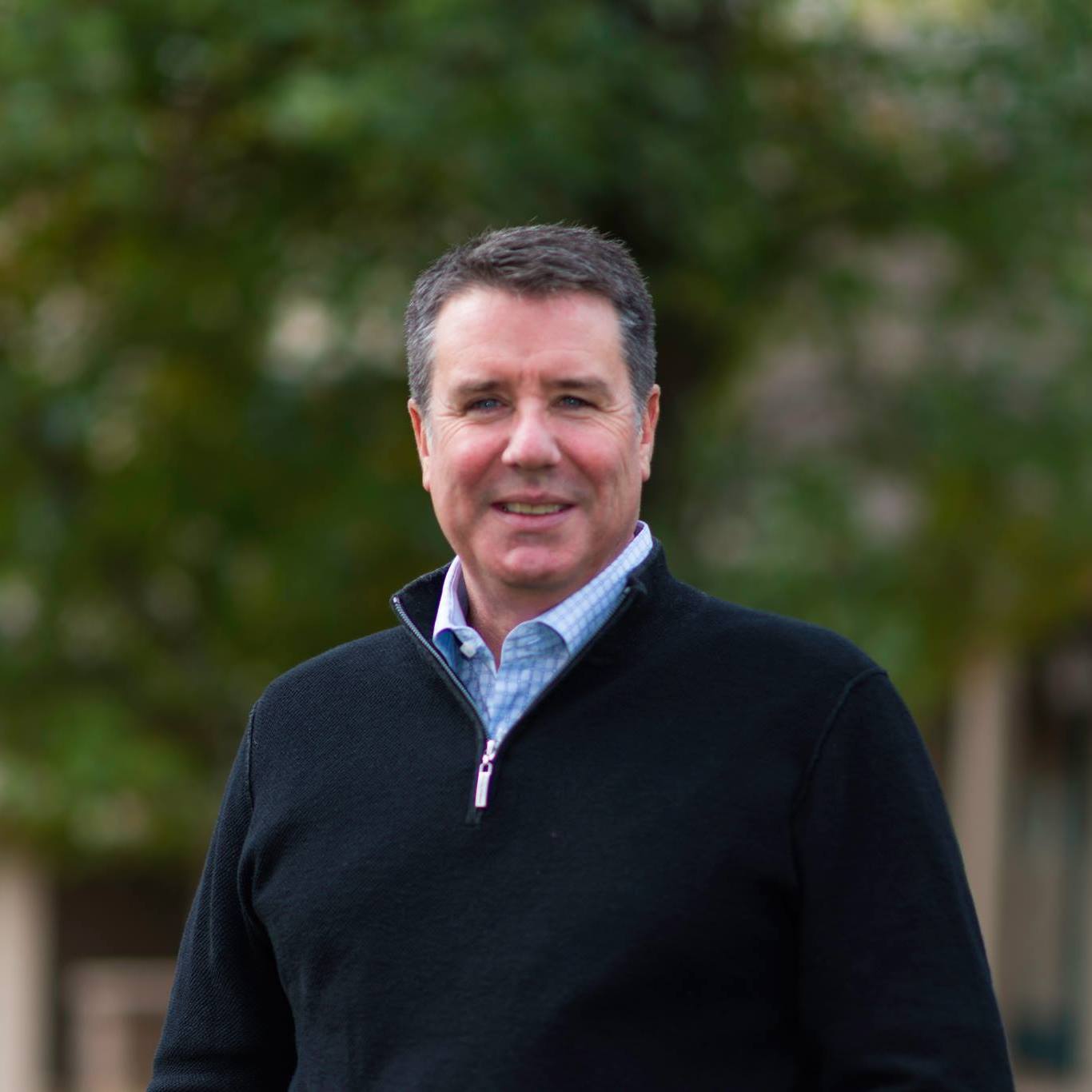 Brinker Harding is a commercial real estate professional at Colliers International and was Chief of Staff to former Mayor Hal Daub. While working in the Mayor’s office, Harding was deeply involved in the redevelopment of the downtown arena and convention center, Gallup University and the downtown Northeast Redevelopment Plan which led to the building of First National Tower, Union Pacific Headquarters. As a councilmember, Harding wants to address violent crime, promote economic development and attract new jobs, ensure fiscally responsible leadership, and prioritize funding for public safety and maintaining neighborhood streets and other city services.

Harding is married to Rebecca Harding, co-owner and founding partner of TACKarchitects, an Omaha architectural firm. They have two daughters, Elizabeth and Grace. 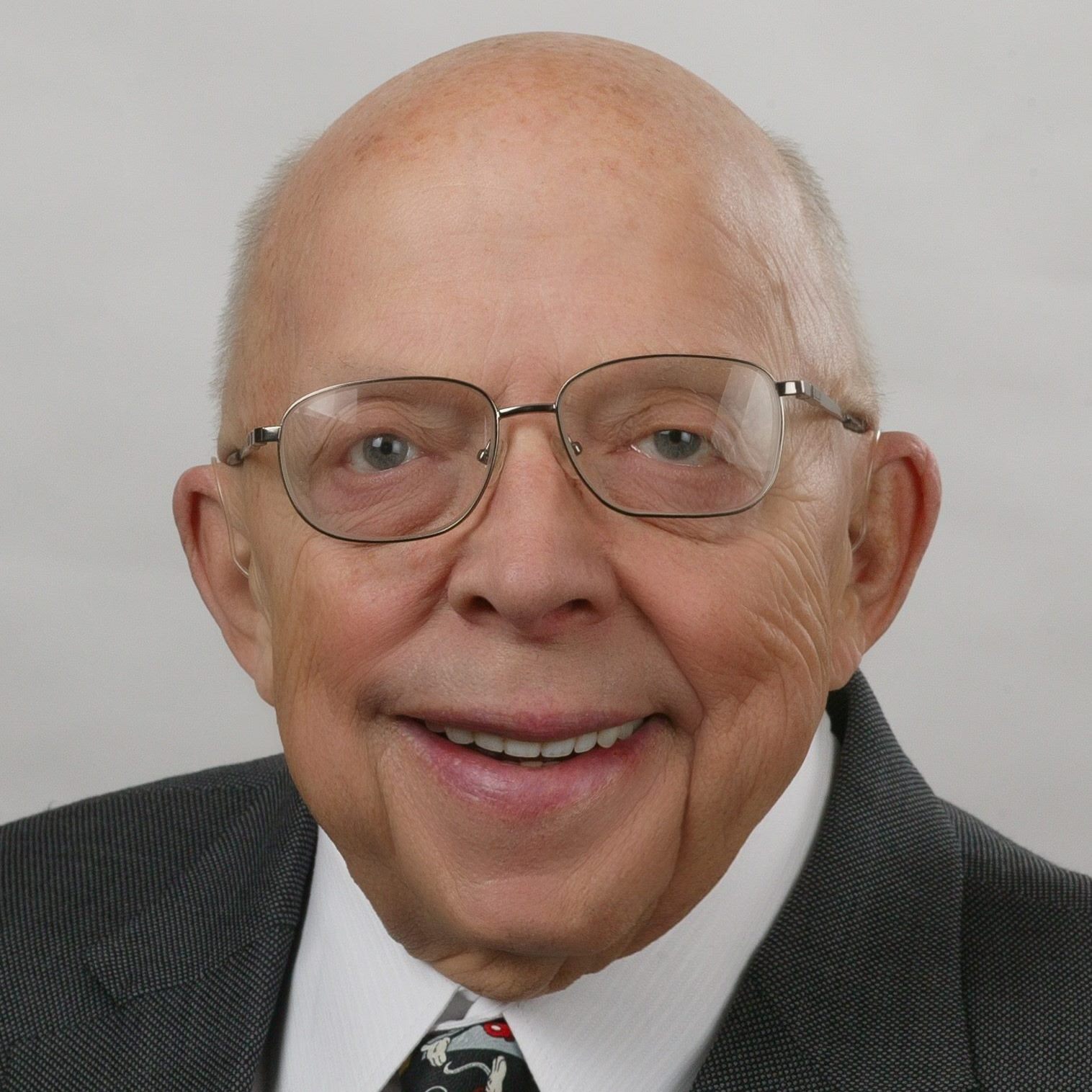 Former State Senator Dwite Pedersen served four terms in the Nebraska Legislature representing Elkhorn and West Omaha. As a Senator, Pedersen sat on the Transportation and Telecommunications Committee, was vice chair of the Judiciary Committee, and chairman of the Committee on Committees. He believes his experience enables him to be an effective voice immediately on the City Council.  Pedersen says he will ensure the City of Omaha continues to efficiently and effectively deliver needed services to neighborhoods, including street repairs, snow removal, well-maintained parks and public safety.  He opposes further annexation which he believes is a financial burden on Omaha taxpayers.

Pedersen is a licensed Alcohol and Drug Addiction Counselor in private practice. Pedersen’s beloved wife, Poe (Priscilla) Dougherty, passed away in 2011 after 41 years of marriage. They raised three children together. 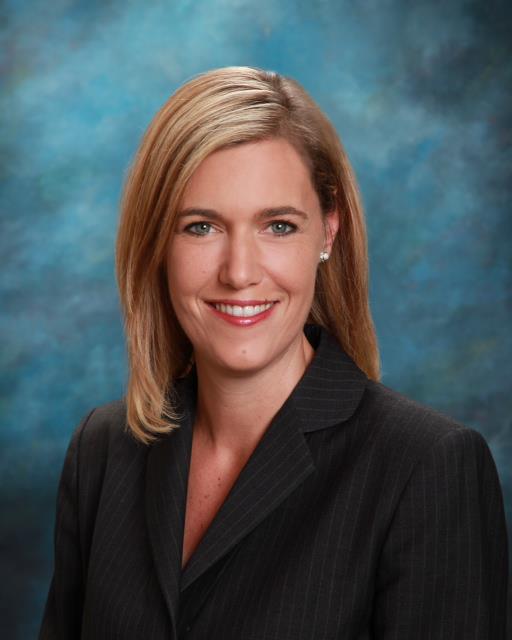 Councilmember Aimee Melton was elected to the Omaha City Council in 2013. Aimee serves as Chair of the City Council’s Human Resources/Library Committee, the Human Rights and Relations Committee and is a member of the Public Works and Law Committees. She is proud that the City Council and Mayor have turned Omaha’s budget deficits into a surplus, cut property tax rates twice, added more police officers and invested in new technology. Melton believes much progress has been during her time on the council and would like to continue that work.

Melton grew up in Omaha, attending St. Robert Bellarmine and Marian High School.  She holds a bachelor’s degree in Political Science from the University of Nebraska-Omaha and a J.D. from Creighton University School of Law. She is a former Deputy Douglas County Attorney and managing partner of Reagan, Melton & Delaney, LLP. She and her husband, Scott, have three children, Jacob, Thomas and Jimmy. 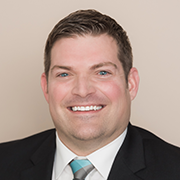 Brian Thommes has lived in Omaha since he was five years old,  graduating from Roncalli Catholic High School. Thommes earned a degree in Continuing Studies from the University of Nebraska at Omaha. After starting his career with the QuikTrip organization, he returned to school to earn a Master’s Degree in Business Management from the University of Phoenix. Currently, he is a store manager for QuikTrip. He lives with his partner Vince, and pets Casey, Molly and Kona.

Thommes believes the city needs to invest in physical infrastructure, public health and safety, and education initiatives. He would like to see a bold, long-term vision for Omaha that includes road and bridge repairs, city-wide wi-fi, light rail and improved public transportation, and enhanced public green spaces and trail systems. Thommes says it is imperative that the City ensures businesses stay in Omaha while attracting new companies, fostering entrepreneurship, and increase tourism opportunities.

For more information visit Ballot Hero at ballothero.com. City elections are nonpartisan with the top two vote-getters moving on to the general election on May 9.