Home » News » Futures at stake for DREAMers with DACA in question

When, on September 5, President Donald Trump appealed to his base by ending Deferred Action for Childhood Arrivals (DACA), a generation of American strivers became immigration reform’s collateral damage.

He’s given Congress six months to enact a plan reinstating DACA protection from deportation for so-called DREAMers in exchange for more robust border security. Because of DACA and the social security card that comes with it, DACA also helps provide permits for undocumented youth to work, attend school and obtain driver’s and professional licenses. Given the political divide on illegal immigrants’ rights, it’s unclear if any plan will provide DREAMers an unfettered permanent home here.

Thus, the futures of some 800,000 people in America (about 3,400 Nebraskans) hang in the balance. As lawmakers decide their status, this marginalized group is left with dreams deferred and lives suspended – their tenuous fate left to the capricious whims of power.

The situation’s created solidarity among DREAMers and supporters. Polls show most Americans sympathize with their plight. A coalition of public-private allies is staging rallies, pressing lawmakers and making themselves visible and heard to keep the issue and story alive.

Alejandra Ayotitla Cortez, who was a child when her family crossed illegally from Mexico, has raised her voice whenever DACA’s under assault. The University of Nebraska-Lincoln senior and El Centro de las Americas staffer has spoken at rallies and press conferences and testified before lawmakers.

“As Dreamers, we have been used as a political game by either party. Meanwhile, our futures and our contributions and everything we have done and want to do are at stake,” she said. “For a lot of us, having that protection under DACA was everything. It allowed us to work, have a driver’s license, go to school and pursue whatever we’re doing. After DACA ends, it affects      everything in our life.

“It is frustrating. You’re trying to do things the right way. You go through the process, you pay the fees, you go to school, work, pay taxes, and then at the end of the day it’s not in your hands.”

If she could, she’d give Trump an earful.

“Just like people born here are contributing to the country, so are we. It’s only a piece of paper stopping us from doing a lot of the things we want to do. As immigrants, whether brought here as an infant or at age 10, like myself, we are contributing to the nation financially, academically, culturally. All we want is to be part of our communities and give back as much as we can. It’s only fair for those who represent us to respect the contributions we have made and all the procedures we’ve followed as DACA recipients.”

“I’m hopeful lawmakers can do whatever negotiating they need to do to come up with a common sense, bipartisan path to protect these young people. It makes no sense whatsoever to seek to punish these young people for actions over which they had no control.

“These are, in fact, the very kinds of young people we want in our country. Hard working individuals committed to obtaining higher education and contributing to their communities. It’s incumbent upon lawmakers to find a fair solution that does not create a whole category of second class individuals. Dreamers should have a pathway to obtain lawful permanent resident status and a pathway to U.S. citizenship.”

“I wouldn’t feel comfortable if that was a compromise we had to arrive at,” Cortez said, “because it’s unnecessary to use a national security excuse and say we need increased border enforcement when in reality the border’s secure. It would be a waste of tax money and energy to implement something that isn’t necessary.”

Ellison opposes attempts to connect the human rights issue of DACA with political objectives or tradeoffs.

Not knowing what Trump and the GOP majority may do  is stressful for those awaiting resolution. 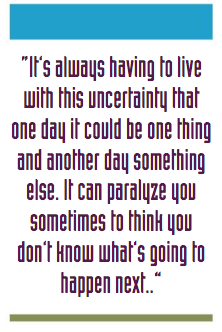 “We could have made this a priority without inserting so much apprehension into a community of really solid youth we want to try to encourage to stay,” Ellison said.

To ease fears, JFON held a September 7 briefing at College of Saint Mary.

“It was an effort to get information in the hands of DACA recipients and their allies,” Ellison said. “We had more than 400 people show up.”

“Some studies show 20 to 30 percent of DACA youth could be potentially eligible for other forms of relief that either got missed or they’ve since become eligible for after obtaining DACA. If, with legal counsel, they decide to renew their Deferred Action, they have until October 5 to do so. We provide pro-bono legal counsel and we’ll be seeing as many people as we can.”

Ellison said nothing can be taken for granted.

“It’s so important not just for DACA youth to take certain action For people who want to stand with DACA youth, now is not the time to be silent – now is the time to contact elected representatives and urge them to do the right thing.”

Alejandra Escobar, a University of Nebraska at Omaha sophomore and Heartland Workers Center employee, is one of those allies. She legally emigrated to the U.S. six years ago. As coordinator of Young Nebraskans in Action, she leads advocacy efforts. 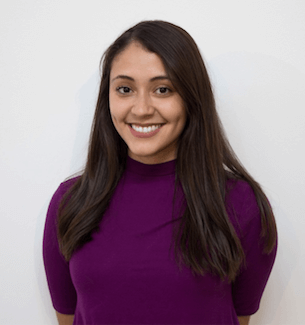 “Most of my friends are DREAMers. I started getting involved with this issue because I didn’t know why my friends who were in this country for all their lives couldn’t be treated the same as I was. I didn’t think that was fair. This is their home, They’ve worked and shown they deserve to be here.

“There has been a lot of fear and this fear keeps people in a corner. I feel like what we do makes DACA recipients know they’re not alone. We’re trying to organize actions that keep emphasizing the importance of the protection for DACA recipients and a path to citizenship and that empower them.”

She feels her generation must hold lawmakers accountable.

“I’d like lawmakers to keep in mind that a lot of us allies protecting DREAMers are 18-19 years old that can vote and we’re going to keep civically engaged and emphasizing this issue because it’s really important.”

As a UNO pre-law student who works in an Omaha firm practicing immigration law, Linda Aguilar knows the fragile legal place she and fellow DREAMers occupy. She was brought illegally to America at age 6 from Guatemala and has two younger siblings who also depend on DACA. But she’s heartened by the support that business, labor and other concerns are showing.

“It has inspired me to continue being active and sharing with elected officials how much support there is for the DACA community.”

She hesitated speaking at a public event making the case for DACA before realizing she didn’t stand alone.

Because we’re all in the same position, we all know what it feels like, we all walk in the same shoes.”

Alejandra Ayotitla Cortez won’t just be waiting for whatever happens by the March 5 deadline Trump’s given Congress.

“I am hoping for the best, but I am also taking action. It’s not only me just hoping things will get better, it’s me educating my community so they know what actions we can take, such as calling our elected representatives to take action and to listen to our story and understand how urgent this is.”

Cortez, too, finds “encouraging” support “from people across the state, from leaders, from some of our state senators in Lincoln, from UNL professors and classmates.”