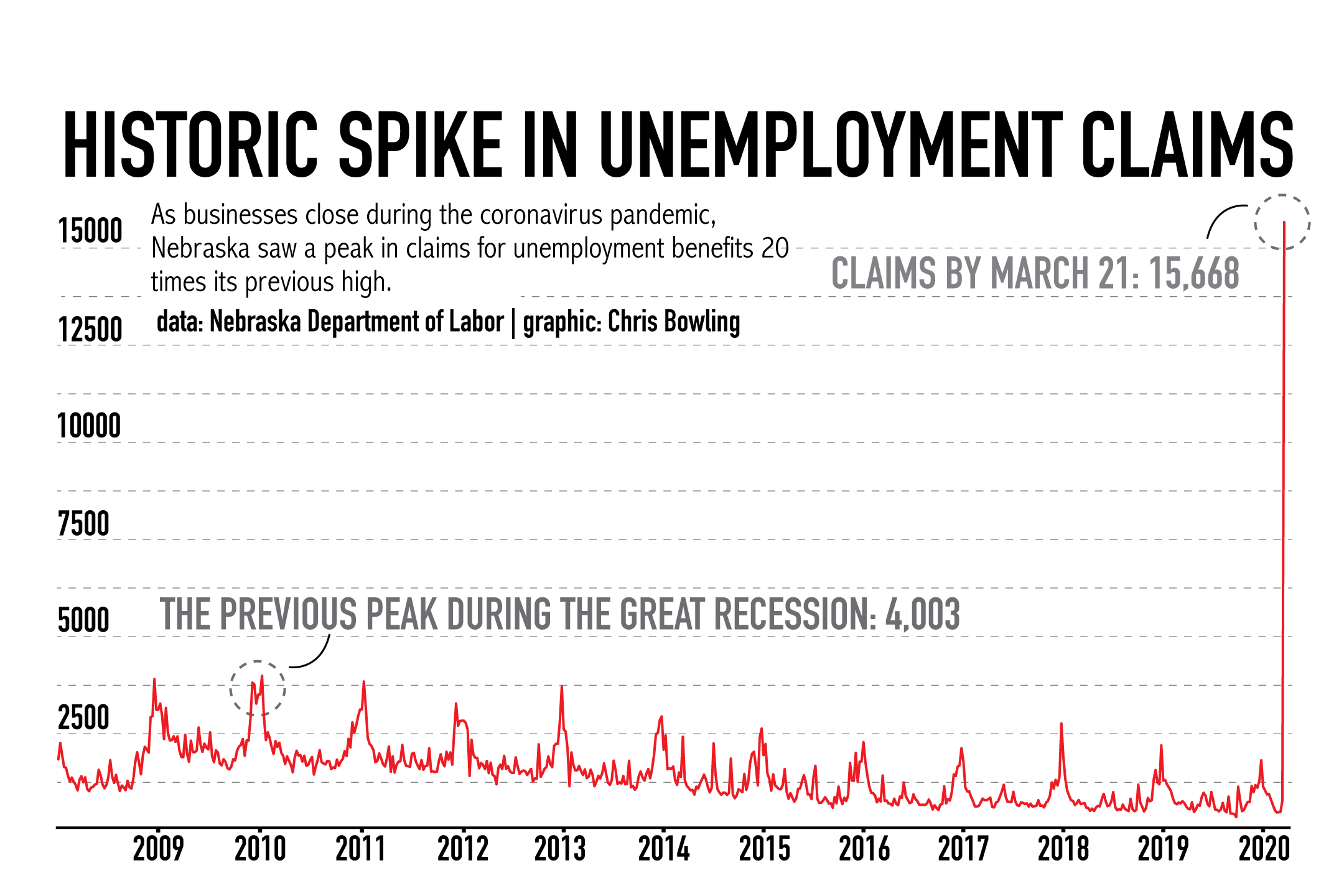 Claims for unemployment benefits climbed to historic peaks, according to new numbers from the Nebraska Department of Labor.

The total is nearly quadruple the peak during the Great Recession when 4,003 applied for these benefits.

At a news conference Wednesday, Labor Commissioner John Albin said food service workers were the hardest hit, making up 40% of applicants. Albin said the volume will create processing issues but said his staff is working six to seven days a week to keep applications moving.

Last week the Department of Labor relaxed its requirements to apply and receive benefits.

Albin said his team expcects the number of applicants to rise again next week, however, he was optimistic people will be returning to work soon.

“You can argue about whether those are available today, but you’ve got to think that sometime in mid-April, early May, those jobs are going to start coming back,” he said.

In the United States, nearly 3.3 million applied for benefits, almost five times its previous peak in 1982. It’s the highest total in the country since the Department of Labor began keeping track in 1967