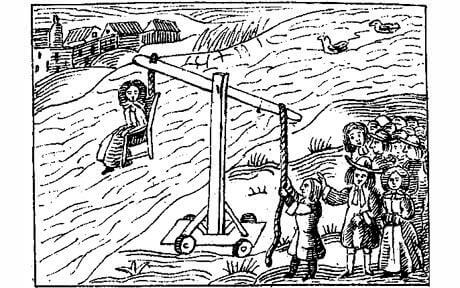 One of the most horrific chapters in human history is making a huge return: witch-hunting. Even now, in parts of Africa, accusations of witchcraft can be a death penalty for the accused. As a result of changes to the social fabric, with an increasingly large number of people leaving mainstream religions, religious leaders will find it valuable to lead hunts for supposed witches in many countries.

This will mostly be associated with fundamentalism, but it will not be limited to any one religion, and neither will it be limited to third-world countries. People — mostly women — will be accused, tried, and frequently executed for witchcraft in Canada, Great Britain, and even in the United States.

These persecutions will be condemned by the press, politicians, and the public, but they will continue, extrajudicially and extralegally. In the next hundred years, as many of 5,000 people will die as a result of accusations of witchcraft, some tortured to death during efforts to extract confession, some at the hands of mobs, and some at the hands of a religiously appointed executioner.