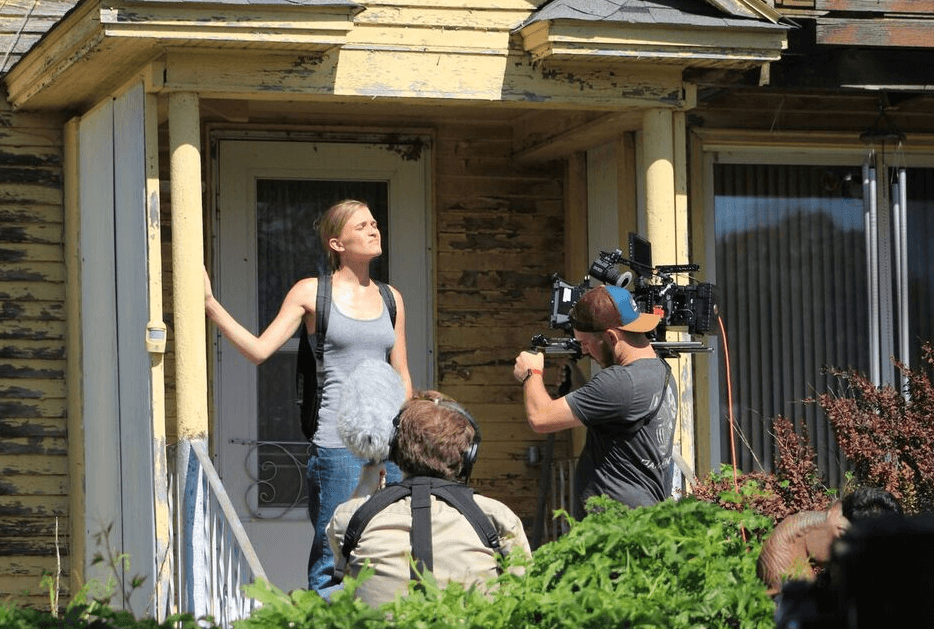 10 years ago, Julia Hinson and Kristin Tripe met auditioning for a show at the University of Nebraska at Omaha.

“I saw Kristin in auditions, and I remember [that] Kristin spoke honestly about what the words were doing and I was like ‘Oh, she’s really smart, she’s really talented’” says Hinson.

They became fast friends, and what followed were years of friendship, collaboration and support. Julia has always been a go getter. She started her own theater company, Lone Tree Theater, which has taken a variety of shows to fringe festivals all over the world. Some of these shows involved Tripe. This film, however, was the first time that Julia was supporting Kristin’s vision. Tripe described Julia as her personal ‘Artistic Midwife’.

“Throughout college and beyond, Julia has always been part friend, part mentor.”

Their newest endeavor is the film Fortunate Country directed by Hinson, and written, produced by and starring Tripe.

The movie, based on O! Pioneers by Willa Cather, started when Julia was directing Kristin in a play based on the same story.

“During that time, we had all sorts of conversations about what it means to have grown up in rural Nebraska.” Says Tripe.

Cather is known for painting beautiful and accurate pictures of living on the plains. It’s a testament to Cather’s work that she inspired not only a play, but the film that Tripe subsequently wrote. Cather will often describe a seemingly common part of nature in a poetically beautiful way.

“There are these scenes where they’re looking at a vast Nebraska sky full of stars…there’s a comfort that comes from feeling connected to the natural world.”

Apparently, there was a running joke during filming as Tripe ran around barefoot practically the whole time.

“You can’t do that in LA, you can’t feel the dirt on your feet.”

Being able to capture the beauty of the world that Willa Cather described in her novel is something unique to film, and specifically Tripe’s adaptation.

“You can only do that in cinema,” says Hinson. Being someone from Nebraska, who has seen the beauty, makes these two the perfect people for the job. The women spoke specifically about a Nebraska sunset. There’s something incredibly unique and majestic about watching the sun fall behind the flat horizon.

The story revolves around Mia, Erin and Alex. “They are amazing, complicated, nuanced, strong, thoughtful women,” says Tripe, “but there’s love in these women. There’s love for the land that they live on.”

Of course, there are always complex feelings involved. “Erin for instance, she loves where she’s from, but she feels as though she can’t stay. Life in the rural Midwest…you’re in a bubble. It can feel as if there’s something more waiting for you beyond these cornfields.”

The film explores LGBTQ issues, as well. Two of the main characters are struggling with their sexual identities. “They feel that they can’t be who they are where they are.” Tripe talks with incredible passion about the characters she fleshed out. With so many different viewpoints displayed about staying where you’re from, one message the two women hope will come across is that you can find yourself wherever you are, and wherever you are from.

Kristin currently lives in Los Angeles where she studied Theater Performance at Cal Arts. Coming from such a liberal place, there were some anxious feelings involved with making a controversial film in the smaller Midwest town of Kearney, Nebraska. In the end, she said she was blown away by the amount of support that they were given.

“Rural Nebraska has become a lot more accepting and progressive than I thought.” Even if on a grander scale, it might seem as though there isn’t a lot of acceptance among those people, Tripe claims “on a one on one basis, Nebraskan’s are kind, they are warm, they are generous, they are accepting.” Of course, there are still people who aren’t as open. However, Tripe points out that those people are everywhere. “I think city people fear the rural communities,” says Hinson, “but I think this film can be a defense of the wholesomeness of the Midwest. I was never taught hate.” Many Midwesterners can attest to this. There’s a reason that they say, “Nebraska Nice”. 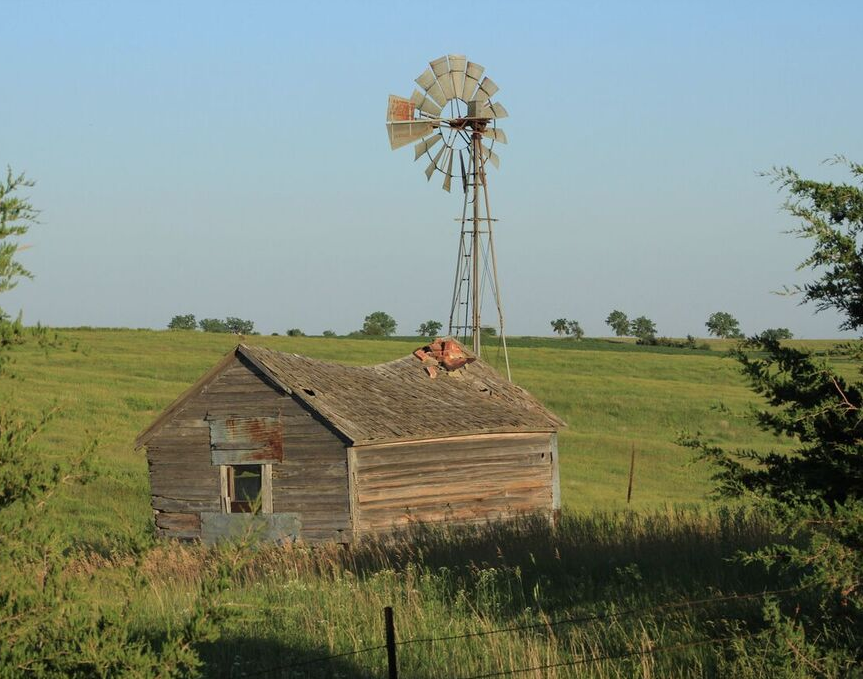 In today’s world, there’s a big upswing of support for Women’s work. As it becomes more and more obvious that these voices haven’t been heard in the past, Tripe felt very passionate about lifting them now. There does seem to be a rumor, however, of women being difficult to work with. Tripe and Hinson collaborated with a primarily female cast, and creative team, and had an incredibly positive experience.

“I think it’s an unfair stereotype that women are catty, or unsupportive of one another, because in my own experience, that’s simply not been the case,” says Tripe. One thing she pointed out is that often, women have a strong connection to their feelings. While this might seem like the exact problem that people fear, it can allow for more nuanced conversations to happen.

“Women often pick up on sub-text. I can be saying one thing with my words, but my body and subtext can be saying something else. That doesn’t mean that either is untrue. But when you have the communication skills, and the intuition and the social awareness to pick up on all of that, the work becomes much deeper.”

Of course, that’s not to say that a man and a woman can’t have that sort of working relationship, but in Tripe’s experience, they happen more often among women. Hinson agrees that “because of these micro-conversations that are heightened in emotion, you can find a richness. I’d love to run things in a more feminine way. Touching in with everybody’s feelings. I think braving emotions makes us better collaborators.”

And these women are inspiring other Midwestern artists. Local playwright Beaufield Berry-Fisher is now working on making her play Boom Boom Bette into a film. Apparently, Tripe and Hinson were a big influence on this decision.

“I’ve always been interesting in making a film, but the idea of what it takes is so daunting.” Says Berry-Fisher. “Through watching their process, I felt empowered to learn more, to lean into all I don’t know.”

Berry-Fisher plans to make her film as women centric as possible, starting with recruiting a primarily female creative team. “I loved the way they made Fortunate Country a woman led public entity. It truly inspired me.”

What it feels like to motivate another artist? “I think it’s awesome.” Says Tripe. “The fact that I could inspire someone else to create something, is phenomenal. Even if that’s the only thing to come of this project, I think that in and of itself makes it a success. If I can have a small part in empowering a woman to tell a story about women, I couldn’t be more grateful for that.”

One of the biggest hurdles in creating this piece was funding. They crowdsourced enough for the production itself, but post production funds are still being generated. “We tried to be as frugal as possible. We saved money in a lot of different areas because of the generosity of the people in Nebraska.” Even with all that, this film was still costly to make. The team is currently on the hunt for donations, sponsorships, and producing partners. Any inquiries on how to take part can be sent to fortunatecountry@gmail.com.

“Making this film for me was a repetitive lesson in trusting myself, believing my myself and empowering myself. I wouldn’t trade it for anything,” concludes Tripe. And having your close friend along for the ride seems to have made it all the more amazing. “With this particular process, I don’t think it could have worked with anyone else.” The film is currently in post-production being edited. The team plans to submit to a variety of film festivals, so keep your ears and eyes peeled for this beautiful work by Nebraska women about Nebraska women. More information can be found at fortunatecountryfilm@gmail.com. 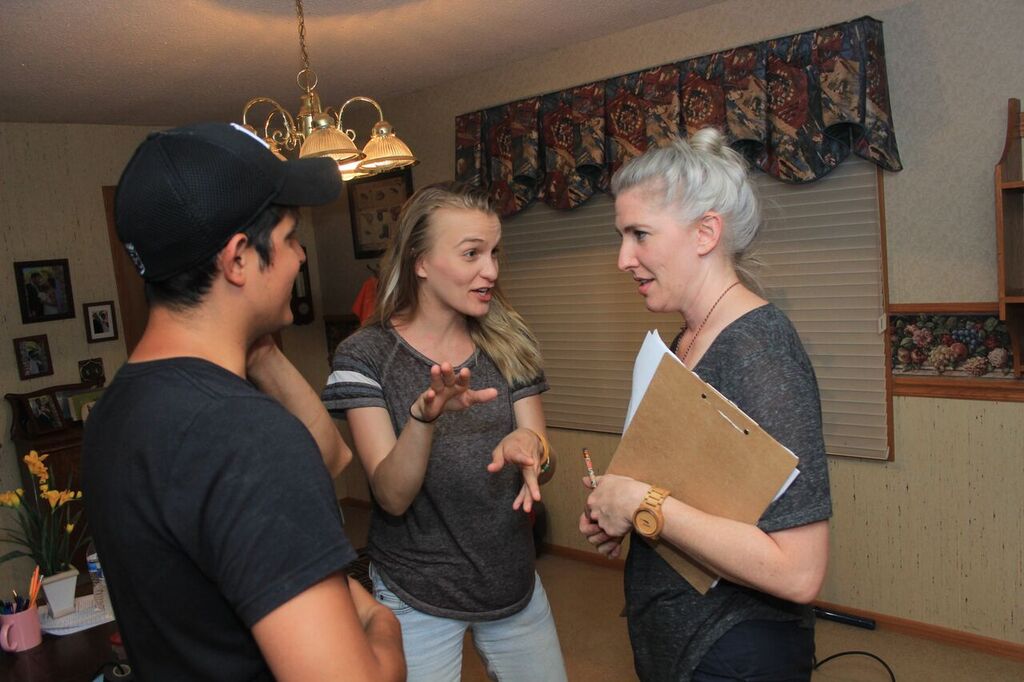