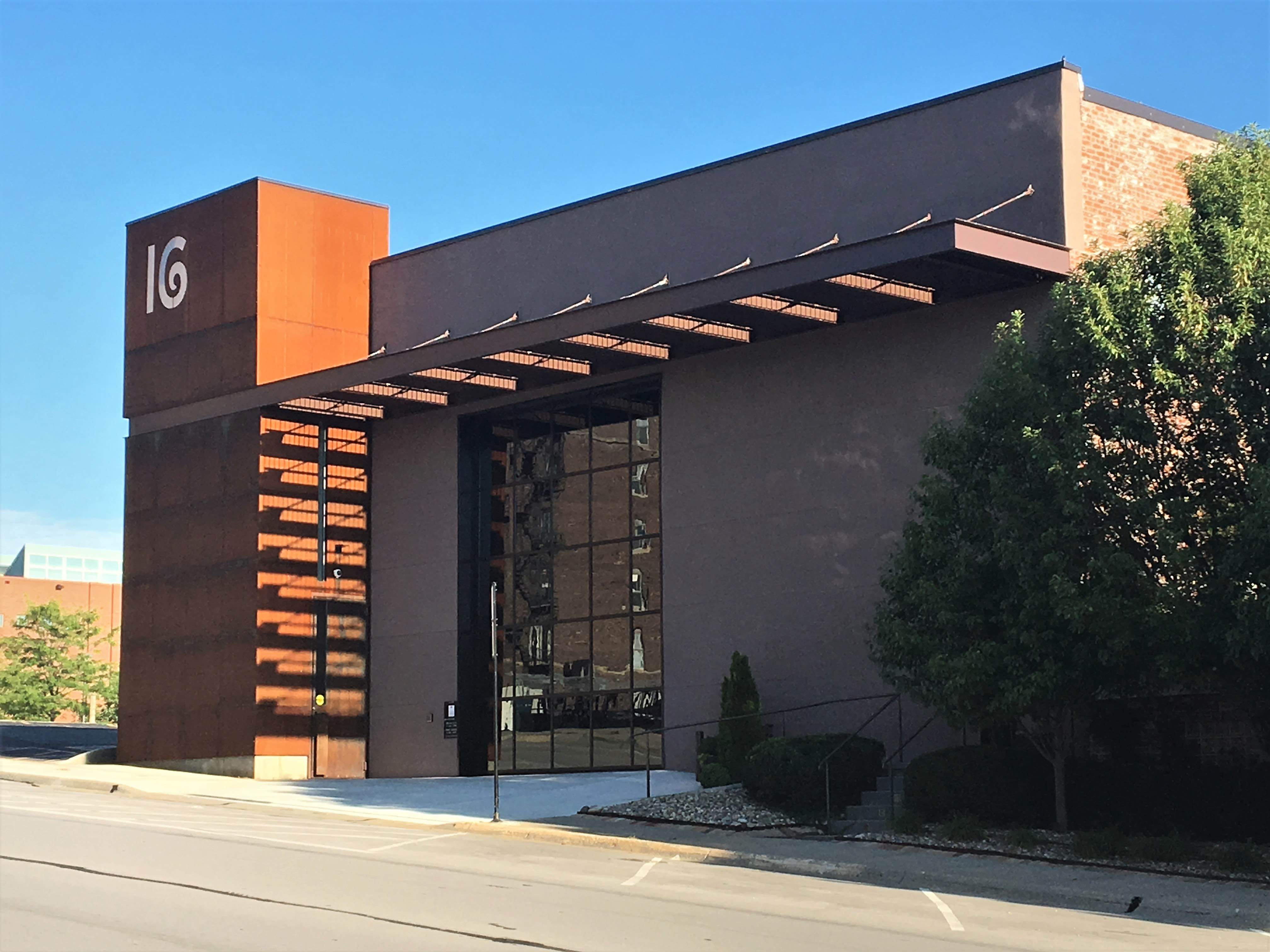 If it’s still true that everything old Is new again in the art world, then Nebraska will soon welcome the rebirth of the Midwest Biennial, the successful, yet controversial exhibition organized by Joslyn Art Museum last seen in 1988.

At least that’s the hope and vision of Patrick Drickey, executive director of Omaha’s Gallery 1516, who continues to mine the past as he moves forward with the venue’s mission to serve the state’s traditional art scene. To that end, G1516 will host the newly-named Nebraska Art Biennial, which premieres Nov. 3, 2017 and continues through Dec. 30.

Though Drickey said that the NAB will share a similar “world class setting to display and view artworks” with the original Biennial at Joslyn, the new event will narrow its focus while strengthening its connection to the Museum of Nebraska Art which shares a similar mission.

“We (G1516 Board) were looking for a defining gala event that would honor Nebraska artists and validate Gallery 1516 at the same time,” Drickey said. “And we were impressed with MONA’s Spirit, also a biennial event but wanted to host in offsetting years. Having an event like the Biennial can only raise the bar of awareness for visual artists statewide.”

The NAB is a juried exhibition open to all Nebraska artists who have until midnight CDT, September 1, to submit up to three 2D works online along with a resume and artist statement and an application form. More detailed information as to this process can be found at http://www.gallery1516.org/nebraska-biennial.

There is a $35 entry fee regardless of how many works submitted in the following categories: drawing/printmaking, painting and photography. This year entries are limited to 2D work though Drickey said 3D will be added in 2019 after a 3D display system is completed and installed for that event.

All entries will be reviewed anonymously by a three-panel jury that includes: George Neubert, former Director and curator for the Sheldon Museum of Art, Linda Rajcevich, former Deputy Director of Joslyn Art Museum and Russ Erpelding, current ArtReach curator for MONA. Artists are encouraged to submit from their most recent body of work but it is not a requirement.

The panel will select 50 entries for the exhibition, all eligible for $9000 total given in following prizes: Best of Show, the Richard D. Holland Award-$5000; Drawing/Printmaking, the Kent Bellows Award-$1000; Painting, the Milton Wolsky Award-$1000; Photography, the William Henry Jackson Award-$1000; and the Student/Emerging Artist, J Laurie Wallace Award-$1000. In addition, though up to the participating artists, work will be for sale, and Gallery 1516 doesn’t take a commission fee.

NAB awards are named to acknowledge prominent historic art figures, but Drickey said the choice of Richard D. Holland, advertising executive and supporter of the arts who passed last year, held a special meaning for him and the gallery.

“Mr. Holland was a good friend and primary benefactor of Gallery 1516,” he said. “He was an art student at UNO before he became an adman. Think “Mad Men” era. There were still one or two of his paintings on display at his home when he passed away. Given his passion for the arts in Omaha and Nebraska, I felt it would be a fitting tribute to him.” 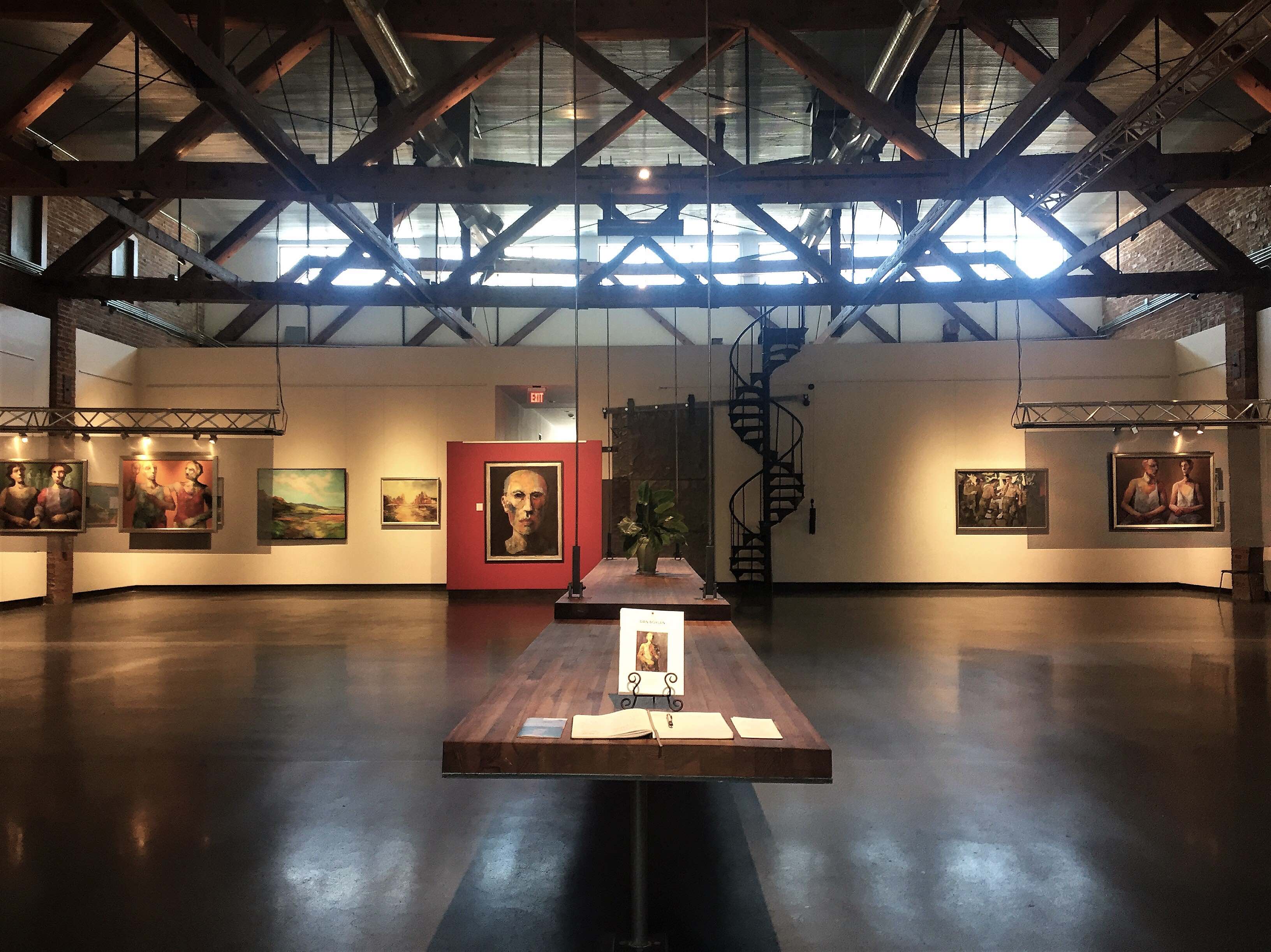 Drickey is hopeful that the public will be drawn to his gallery’s revisionary revival of the Biennial which research shows to have been a storied event. From past World-Herald clips, highlights include: 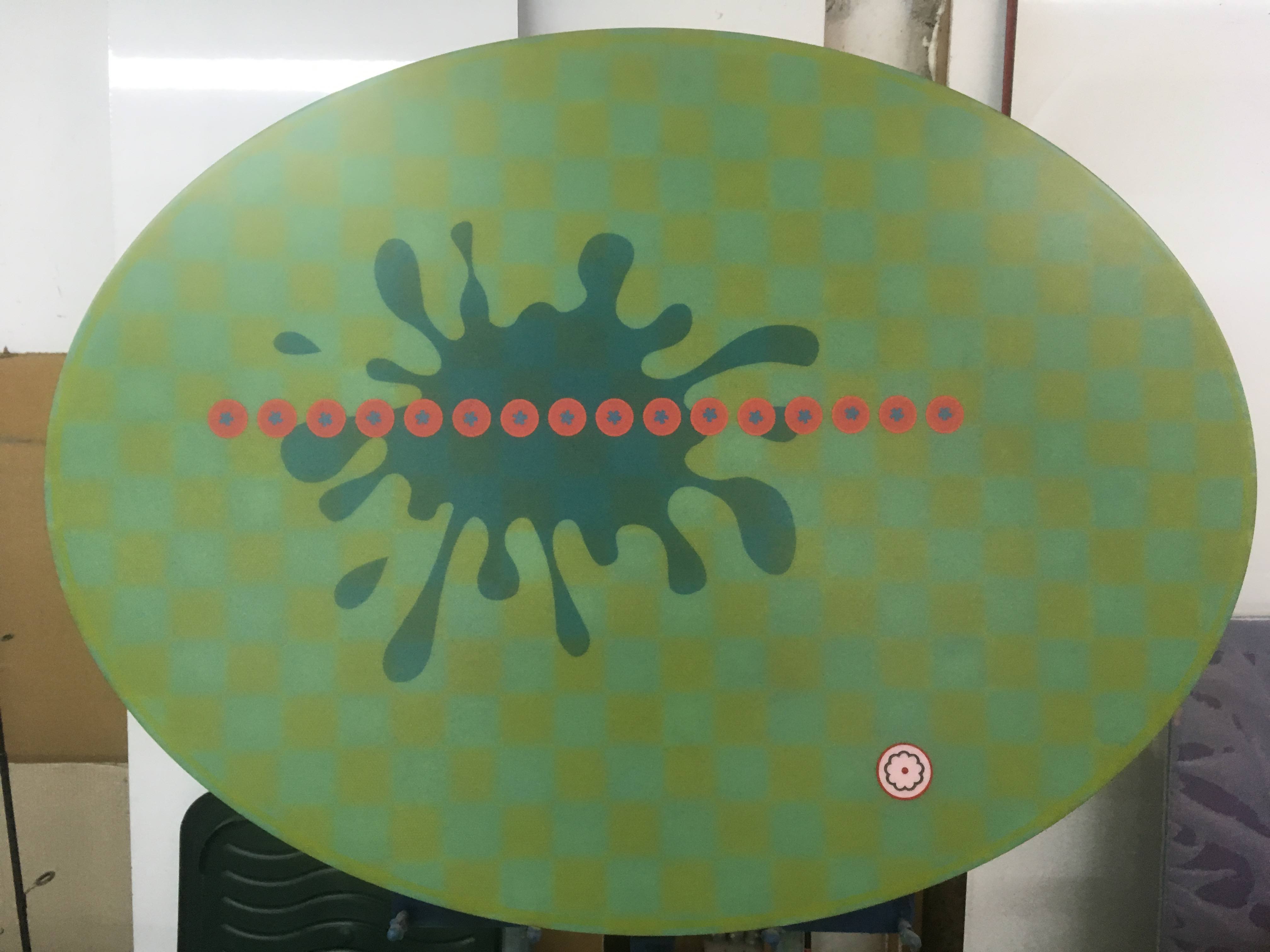 Two Omaha artists who participated in and recall the Midwest Biennial’s history are painter/sculptor Colin Smith and photographer Larry Ferguson. Both look forward to Gallery 1516’s statewide revival with their concerns and wishes for its success. Each is planning to enter the inaugural Nebraska Art Biennial with a few similar reservations.

“Yes, I believe a revived MB could be interesting as long as there is quality control,” Smith said. “I was still in college when Joslyn did it. I do remember when Holly Solomon juried it, the ‘Omaha Art Mob’ freaked out because they didn’t win all the money and wall space. New to the city Bemis people did.

“Anyway, could be a cool thing in my opinion,” he added. “As long as it is not a popularity contest. Needs to be dignified and legit and critical. That’s it.”

Ferguson agrees that the NAB’s success will “hinge on the quality of the work submitted as well as the quality of the jury panel. I think that the Omaha area is long overdue for this type of show, which has the intent of showcasing the best that the area has to offer.”Although he laments Joslyn’s dropping the original event, he encourages artists to be supportive and cautions the new venue to fully commit to getting the word out to its public.

“It was always prestigious to say your work was included in a juried exhibition at Joslyn, it lent credibility to your work,” Ferguson said. “It eventually went with a curated show (the Midlands Invitational) and then stopped showing local artists at all. Extremely disappointing for the Joslyn not to continue to support local and regional artists in the area, only if they reach national and international status.” 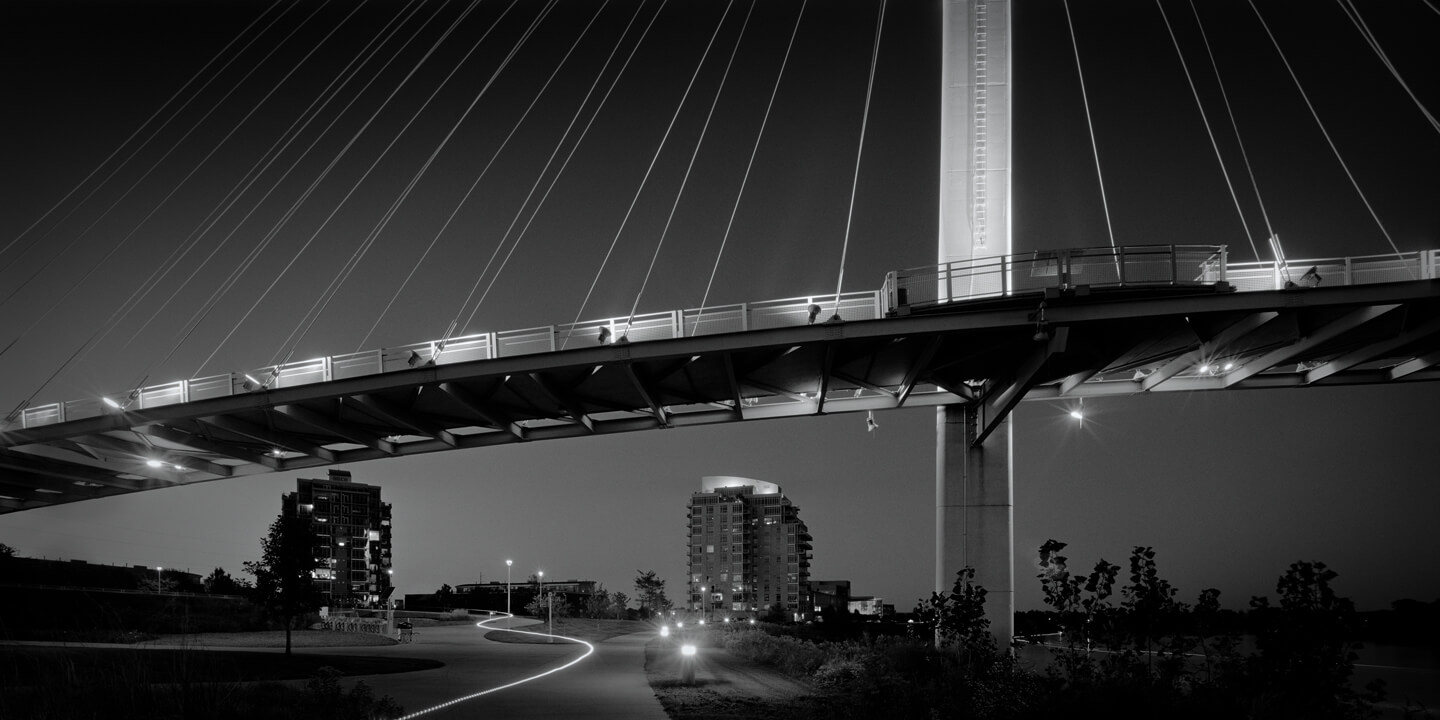 Which may be why he thinks most local artists “will accept this revival, we all need a place to feel part of a bigger whole. Always good to be able to have your work considered for this type of group effort and to have the support of both a major gallery as well as the companionship with your fellow artists.

“This G1516 space is wonderful and the gallery is catching on with some of its shows,” he says, but adds that public acceptance of the revival “will depend upon the advertising efforts to get people out, people usually turn out for shows that showcase a wide number of our most talented artists.”

That’s been Drickey’s observation as well as he continues to seek out community support among artists and their audience.

“My dialogue with many artists has included conversations about the path to success for local artists,” he said. “The Biennial will serve a purpose by giving local artists a stage from which they might find access to a bigger or even a national stage. Again, most artists stressed the opportunity to see their work in a world-class gallery setting.”

And though it may seem premature to think beyond the maiden voyage, Drickey is already setting his course for future Biennial events.

“Definitely adding 3D display system. And probably expanding the territory to artists from any state that touches Nebraska, although we’ll have to change the name. I actually like the sound of 2019 Regional Biennial.”