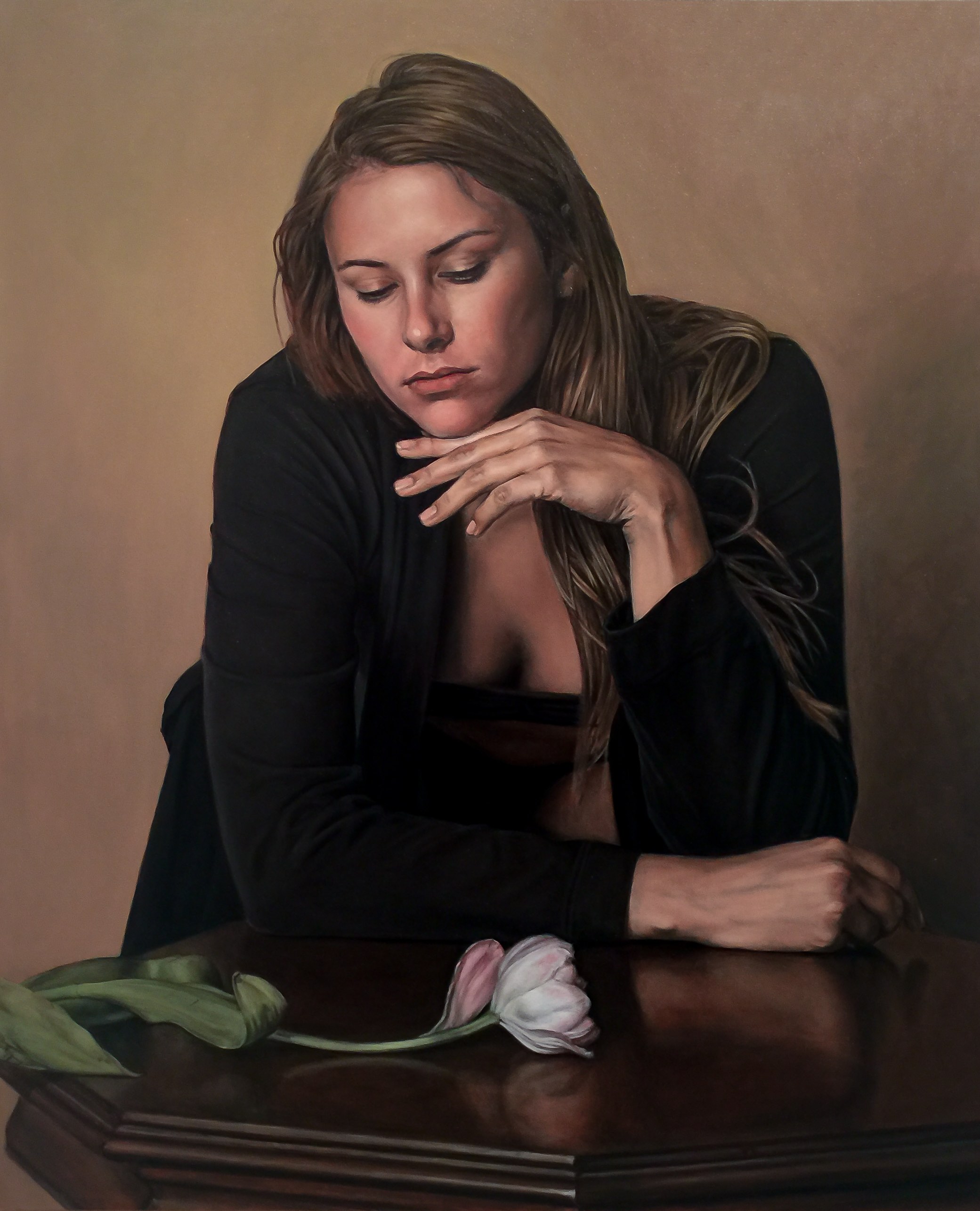 It’s that time again when “year-in-review” and “best of “lists proliferate while reminding us not only what we enjoyed in the world of entertainment, but what we missed, hoping maybe for a return visit either way.

Unfortunately, unlike film, music and literature, the best in fine arts exhibits in 2016 don’t offer a second chance. Once an exhibition closes, it’s an opportunity gone for good. When the art comes off the walls in all sorts of venues, the show is over.

Since so few exhibits are archived in a meaningful way, either online or in print, all the more reason to recognize the year in the fine arts in the Metro with special awards such as the OEAA event next Feb. 19th and with our annual A-List, the best in visual arts in 2016.

The A-List reflects the opinions of mainly yours truly aided and abetted by seven additional arts writers whose own personal favorite or choice for best art exhibit or otherwise accompanies this review. And yes, our choices are subjective.

But while everyone is unapologetically a critic, at least of one’s own taste, as writers we can say our opinions, reviews and critiques are based upon not only considerable face time with the art, but with research, interviews with artists and curators where applicable to help gain perspective. 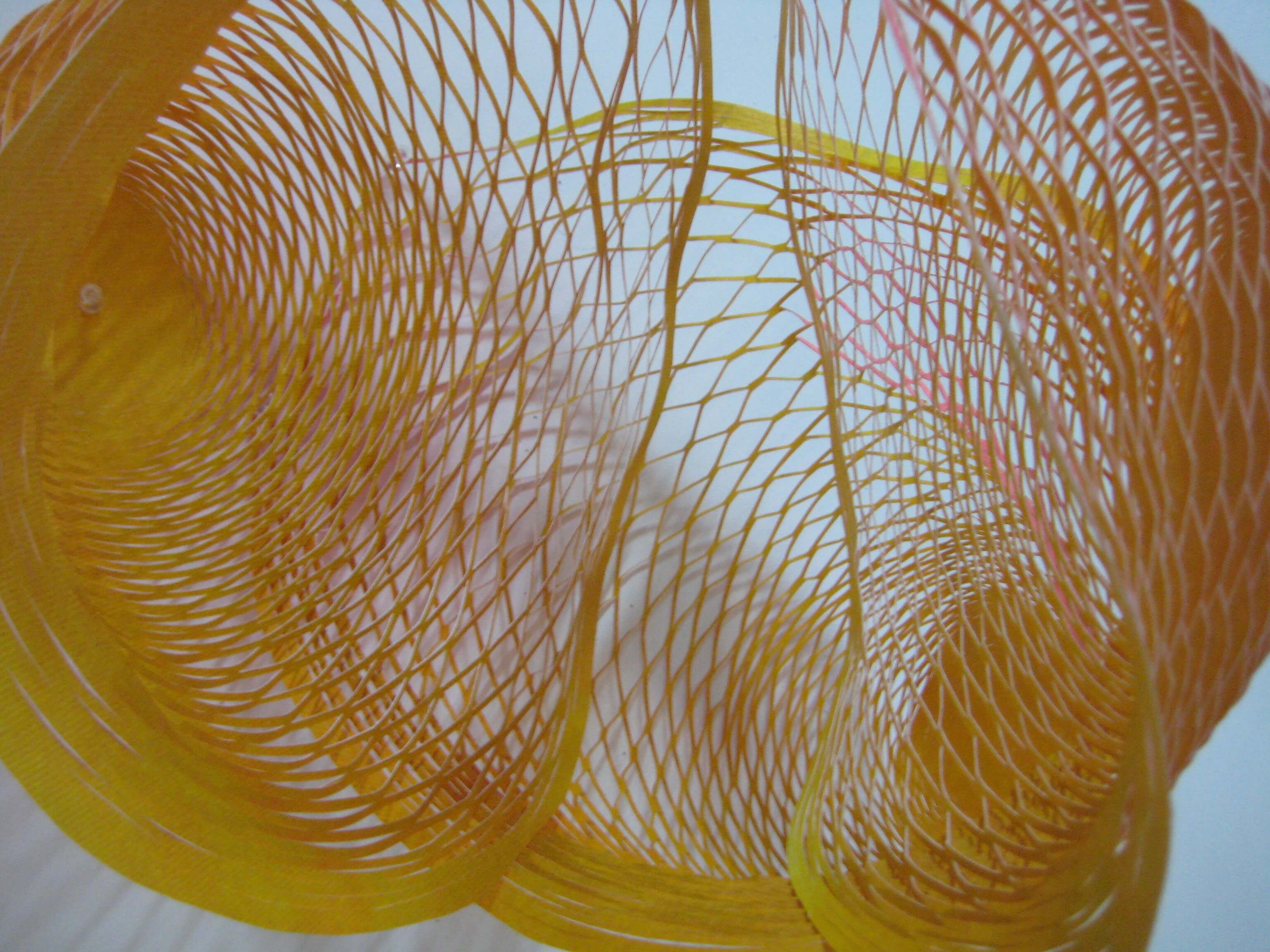 That said, neither collectively nor individually, can we claim to have seen, let alone written about, all of the art exhibits in 2016. Many more than a dozen shows open monthly in the area, and while we can list or preview nearly all, time, resources and space play a hand in the exhibits that receive a full review, one of which appears virtually every week online at thereader.com.

Which means we may have missed one of your favorite art exhibitions or failed to include it in our writing or choice for best of year. If you would like to add … or detract … to the A-list with your own choices and comments, please do so below where indicated at thereader.com. We look forward to hearing from you.

But know this, we take seriously the privilege of serving the Metro arts community by being a part of the conversation while stimulating it as well. Think of our writing as a lesson in prepositional phrases: we write “for” The Reader, “about” the art first and artist second, “to” the viewer, our primary market, and because of love of the work.

As for 2016, the year was marked not only by many enjoyable and worthy exhibitions, but by a number of significant events that shaped Metro arts as well: The Vinton Street 2nd Friday event continued to grow with the welcomed startup of the Darger HQ Gallery; Benson First Friday art galleries commune successfully with the area’s plethora of music venues and restaurants led by the reorganization of Petshop; the Union for Contemporary Art in North Omaha began its move into new digs in the renovated Blue Lion Building at 24th and Lake Streets: and the Kaneko at 11th and Jones has a new “front door” and atrium, a collaboration of LA-based architect Mark Mack and Omaha’s HDR, Project Advocates.

2016 also gave up two prominent temporary public art displays that honored part of Omaha’s history: In May in Turner Park, we saw the debut of Horses of Honor, life-size steeds adorned by area artists to recognize Omaha police officers and one beloved canine lost in the line of duty; also in the spring, the Old Market Art Project, digital prints from 37 artists, were placed on banners on a chain-link fence at 11th and Howard to mark the devastating fire that destroyed the historic Mercer Building, now undergoing complete restoration on the corner. Both public art projects remain up for a year.

But, on a sad note, the year also witnessed the passing of two strong supporters, each in their own way, of the arts in the Metro, Richard D. Holland and René Orduña. Holland, a well-know philanthropist in many fields, was a generous contributor to the performance arts. Orduña, the former chef and co-owner of the beloved Dixie Quicks in Council Bluffs, was an enthusiastic, hands-on advocate of the visual arts, particularly the adjoining RNG Gallery, co-founded by his husband, artist and curator Robert Gilmer. 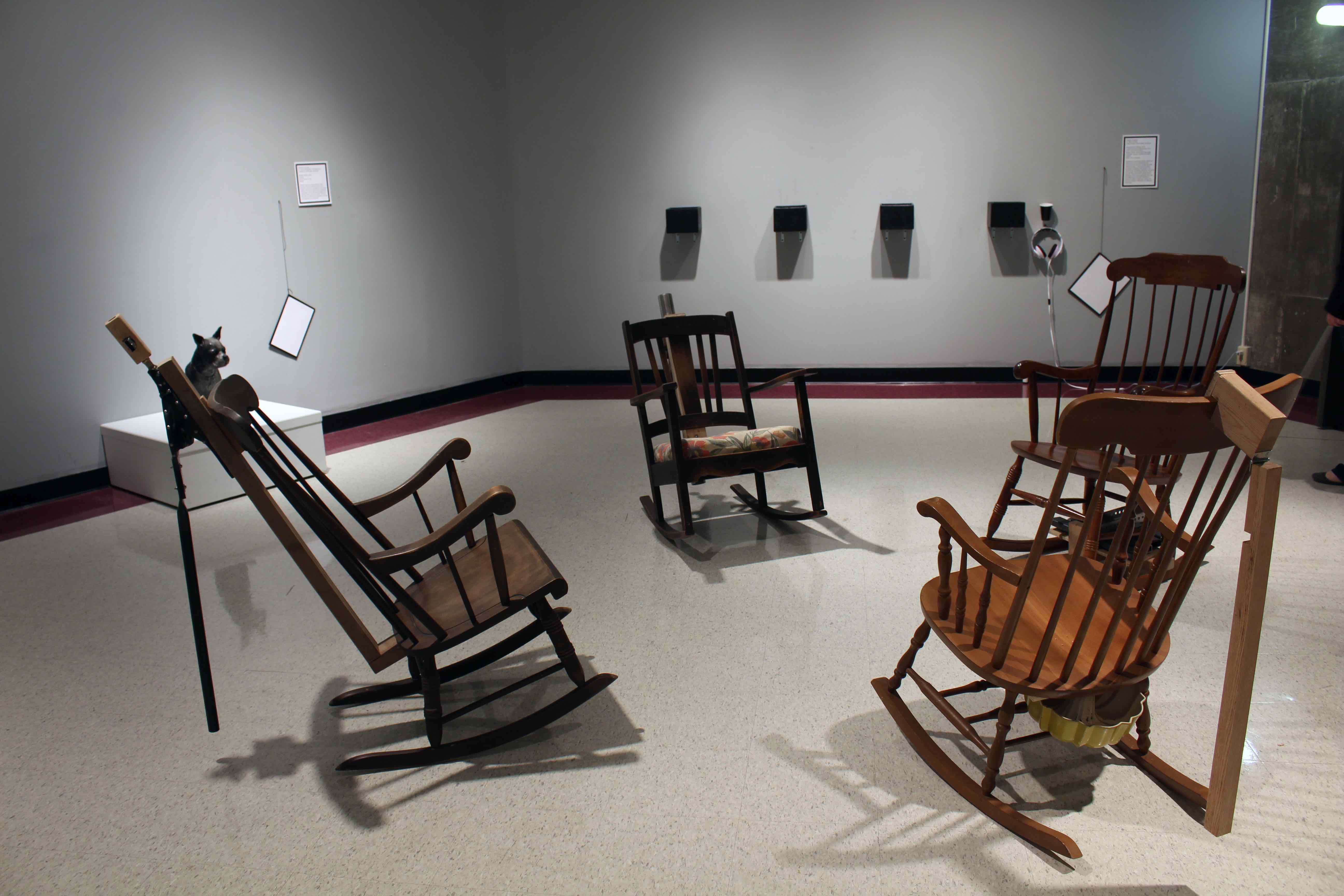 From a list of nearly 100 art exhibitions in 2016, 40 were nominated for the A-List based upon the professionalism of the work itself, their uniqueness — albeit a difficult quality to measure — and how well each lived up to its artistic and curatorial intent. From that list this reviewer chose a baker’s dozen or so that truly were the best the year offered, along with a group of worthwhile honorable mentions that some no doubt made your own best list.

First, the honorable mentions: the original, if uneven group show at RNG, Once Upon a Time; Sarah Rowe’s personal and elegant narrative Stitch seen in the gallery of Union for Contemporary Art; Jenny Robinson’s solo Structural Forms at Gallery 72, a bold, un-Romanticized statement on the built environment; Erin Foley’s equally bold, if understated solo exhibit in the Garden of the Zodiac; and conversely, the more expressive second solo by Jar Schepers titled Repetition, also in the Zodiac; the Fractured World of the very talented Jave Yoshimoto in the Michael Phipps Gallery of the Omaha Public Library;

Federico Perez’s audacious emergence at Project Project with his solo Something Lost and Nothing Gained; a thoughtfully creative group show at Michael Phipps Gallery, Science Future, featuring Travis Apel, Launa Bacon and Reagan Pufall; arguably the best solo sculpture exhibit of 2016, Eloquence in Stone, from Sora Kimberlin at Modern Arts Midtown; the return of artist John Himmelfarb and his Legacy, also at MAM; and two very timely retro exhibits of established artists that benefitted by their setting at Gallery 1516, Tubach + Tubach (Allan & Lisa) and Dan Boylan.

As fine as the above list is, the following baker’s dozen or more made the 10th annual A-List because, in the opinion of this writer, their vision and aesthetic was either more provocative or rewarding or, happily, both. They simply made a greater impression … they linger longer. 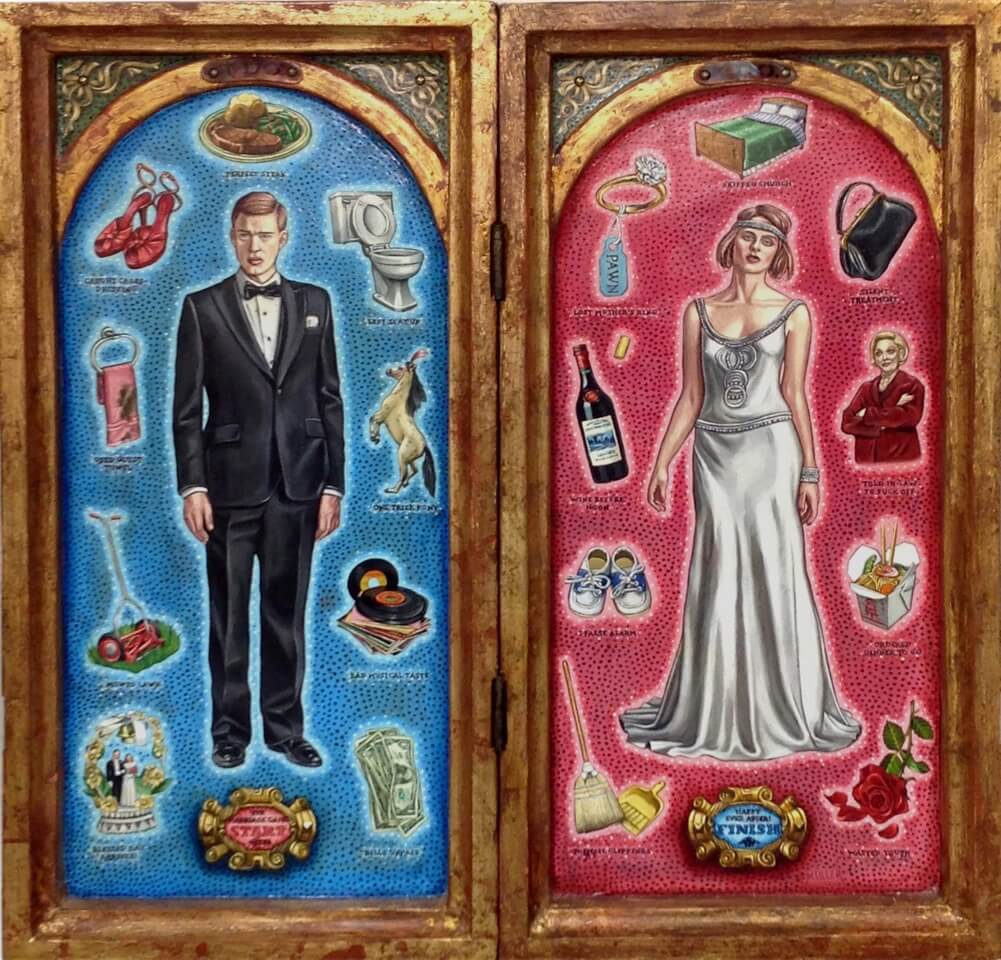 The best group exhibitions of 2016 were, in this order: 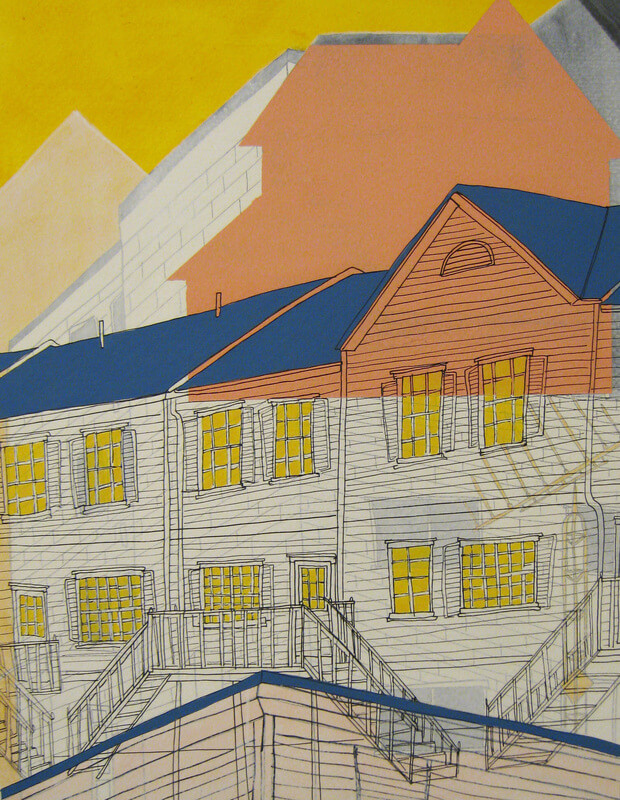 The best two-person shows of 2016 are as follows: 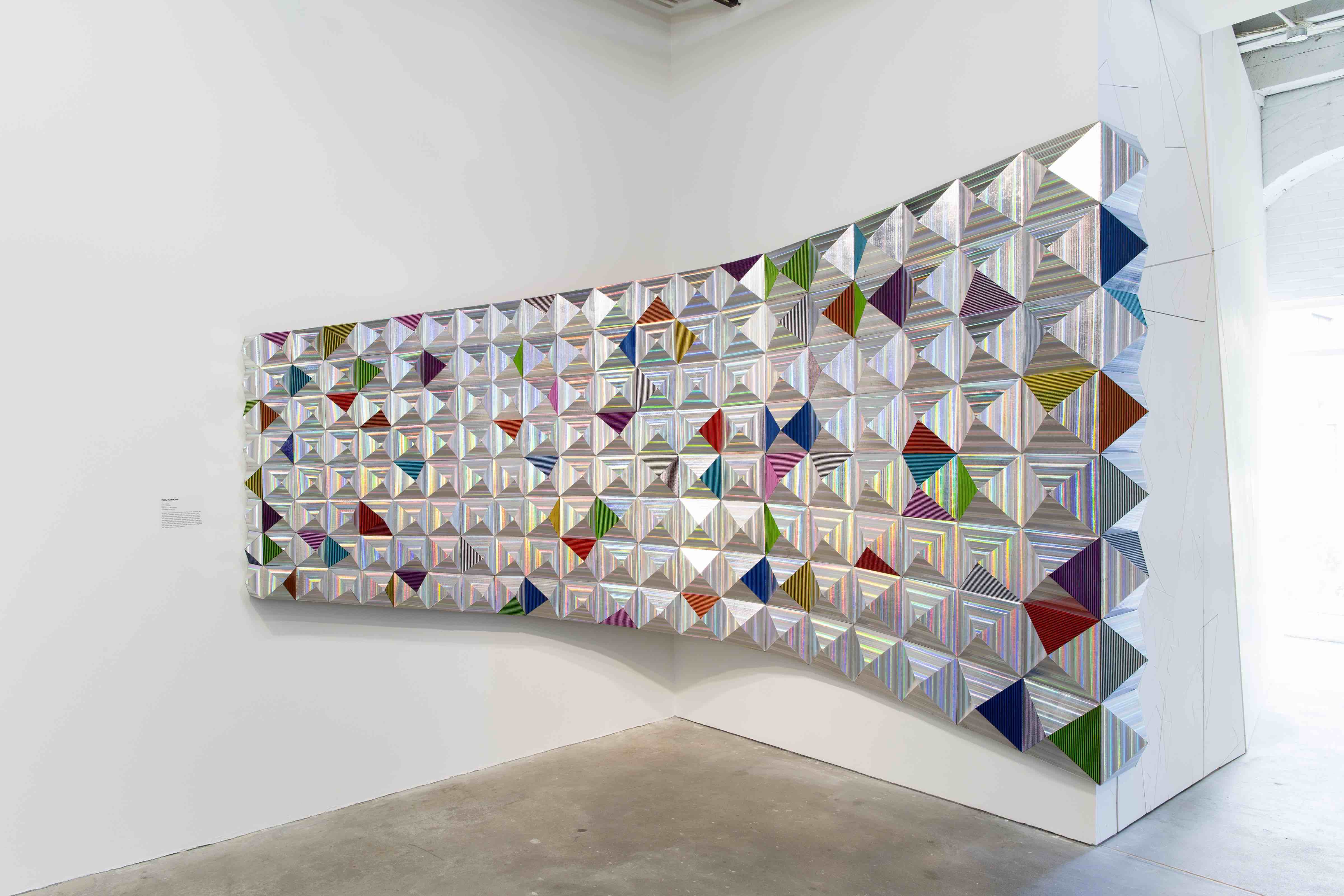 Some value solo exhibitions above all as the purest form of artistic expression. These were the best of 2016: 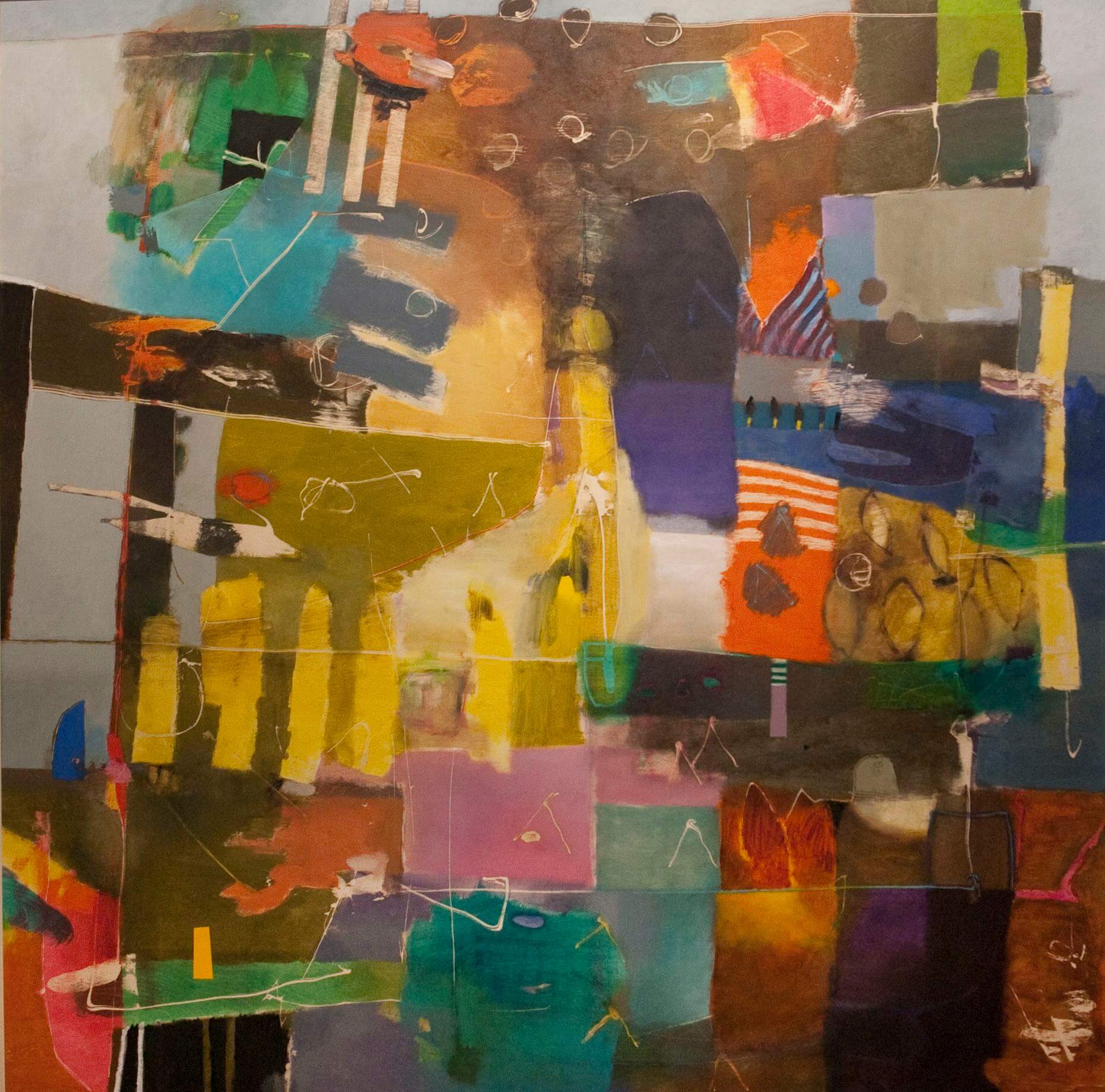 Favorite or best exhibits in 2016 from Reader staff arts writers:

“Erin Foley’s exhibition at The Garden of the Zodiac was the most succinct exhibition I saw in 2016. Her focused subject matter, refined use of color, mark making, and exquisite walnut frames make it stand out.”

“My favorite exhibition of 2016 was Terra Firma at Gallery 1516. This sweeping survey of landscape painting inspired by Nebraska rewarded multiple viewings and intensified my appreciation of our state’s unique geography and the affect it has had on artists.”

“The future of art is socially-engaged and outside the gallery. Tim Guthrie scores with his riotous #makeamericabarfagain and Koch Cash.  Guthrie has been planting his not-so-counterfeit objects in airline seat-back pockets and Omaha cash registers all year long, reaching every walk of life with his artistic and political interventions.”