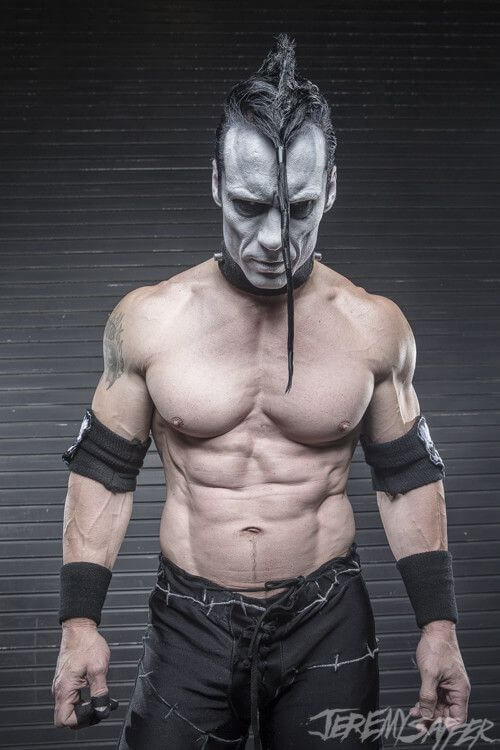 “Doyle can be a man of few words,” his manager writes in an email before my phone conversation with Doyle Wolfgang von Frankenstein, the legendary guitarist who rose to cult fame as a member of the seminal horror-punk band the Misfits. Not exactly what you want to hear before you’re supposed to talk with someone for 20 minutes.

Outside of music, I’m told that the main thing that Doyle, born Paul Caiafa, likes to talk about is veganism, which is crazy because, at 6 feet 3 inches, 225 pounds, he looks like he could eat a whole cow by himself. This, it turns out, could not be further from the truth.

“That shit’s full of hormones, steroids, and antibiotics. We just really don’t need to be eating that. You can’t even digest it,” he tells me when I say I have taken some steps to cut down on my own consumption. According to Caiafa, meat isn’t just murder on your digestive system, it’s a detriment to the entire planet. He starts listing off all the terrible side effects of animal farming and meat consumption: rainforest deforestation, climate change, heart disease, and diabetes. You would think someone this passionate about veganism has been eating this way their entire life.

“I actually started about six years ago,” he says. “My girl is vegan and I just said to her ‘I’m not gonna eat anything in front of you that makes you uncomfortable.'” Ever since then, he’s been spreading the word and trying to convince as many folks as possible to give the vegan lifestyle a try. He even has merch that claims he’s the “Vegan Monster of Metal.”

Caiafa also notes how much he likes the vegan community. “You know what’s cool about being vegan? All the fans bring you food. If there’s a vegan restaurant in the area they’ll bring us enough food for nine people.” He sounds genuinely thankful for the generosity. For Caiafa and his bandmates, the food is more than just a token of appreciation, it’s the lifeblood of the group. “I need it, man. I eat everything. I eat all fucking day.”

He’s not kidding either, his schedule is grueling and he needs those extra calories – along with an intense lifting regimen – so he can stay in shape and continuing playing at a high level. Doyle is currently on a world tour promoting the band’s second album, Doyle II: As We Die, that has them playing a show almost every night. Not that this lifestyle is anything new to Caiafa. In fact, it’s been pretty much the only way he knows how to live.

Paul Caiafa joined his older brother Gerald Caiafa Jr., known by his stage name Jerry Only, and Glenn Allen Anzalone, a.k.a. Glenn Danzig, in the Misfits when he was 16 years old and played on two of the group’s first two studio albums – 1982’s Walk Among Us and 1983’s Earth A.D./Wolfs Blood. He then spent a couple years playing with Jerry in Kryst the Conqueror before the brothers reformed the Misfits in 1995 with Michael Graves as the lead singer in order to tour and record for the next five years.

After releasing an album with his band Gorgeous Frankenstein in 2007 and touring with Danzig, Paul Caiafa turned his attention to forming Doyle with Cancerslug frontman Alex “Wolfman” Story and a rotating cast of drummers and bassists. The band released their debut album, Abominator, in 2013 and have been touring almost nonstop since its release.

Last year, the band released the follow-up, Doyle II: As We Die. If the albums sound similar, it’s because they are. “They were recorded with the same equipment. Actually, they were recorded at the same time,” says Caiafa. The 25 tracks recorded during the session were then divided through a highly scientific, specific process to form the two records. “We just matched up the ones with the same vibe.”

“We don’t write shitty songs. We haven’t written one yet and we don’t plan on putting any out that aren’t great,” he continues. “You don’t have to know music theory or arpeggios or any of that wasted-ass, stupid fucking shit. It’s either good or it’s not good. It either makes you sing along and air guitar and air drum, or it don’t.” 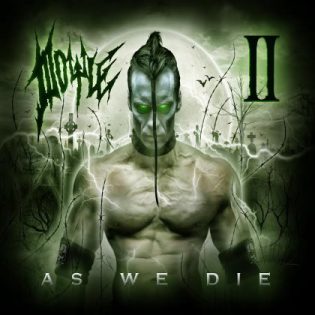 For fans of Abominator, Doyle II: As We Die should have them feeling right at home. And, just to get this out of the way, no it does not sound like the early Misfits records – it’s heavier. The constantly-shifting chug on “God of Flies” and “Virgin Sacrifices” hits you directly in the gut. “Blood on the Axe” is reminiscent of early ’80s thrash metal and “Show No Mercy” has a fun, sinister swing to it.

Lyrically, you get what you pay for. Take a glimpse at the song titles and you should be able to instantly deduce what you are about to hear. Story does a decent job at delivering his lines, but the guitar is definitely the focal point.

Caiafa makes it abundantly clear that his guitar work sounds distinct. “Nobody taught me anything,” he says, noting that he spent hours on end refining his own unique techniques for palm muting and harmonic squeals. “Whenever I show anybody how I do it, they tell me they don’t do it that way,” he notes of his signature squeals. “I showed one of my friends Jeff Loomis (former lead guitarist in the progressive metal band Nevermore and the current axeman in Swedish death metal group Arch Enemy) who’s one of the best guitarists in the fucking universe and he couldn’t believe it. He kept trying to do it but he just couldn’t get it.”

It’s not too hard to fathom that a man who dresses up like a ghostly version of Frankenstein is concerned with originality. Doyle, the man, has spent years mastering his technique and he says that work pays off every night when he’s on stage. Like he says, as long as it sounds good, who gives a shit?

“I’ve had a number of friends who went to music college that are light-years ahead of what I can do, but none of them can write a song and they’ve all been my guitar tech at some point, and I only know two chords,” he says in as close to a joking manner as he’s come to all interview. “You don’t even have to play a fucking solo. I put solos in my songs because when I’m writing them I think ‘fuck, a solo goes here.’ It’s just about the feel of the song and making people react.” It’s hard to imagine him having any trouble with that.