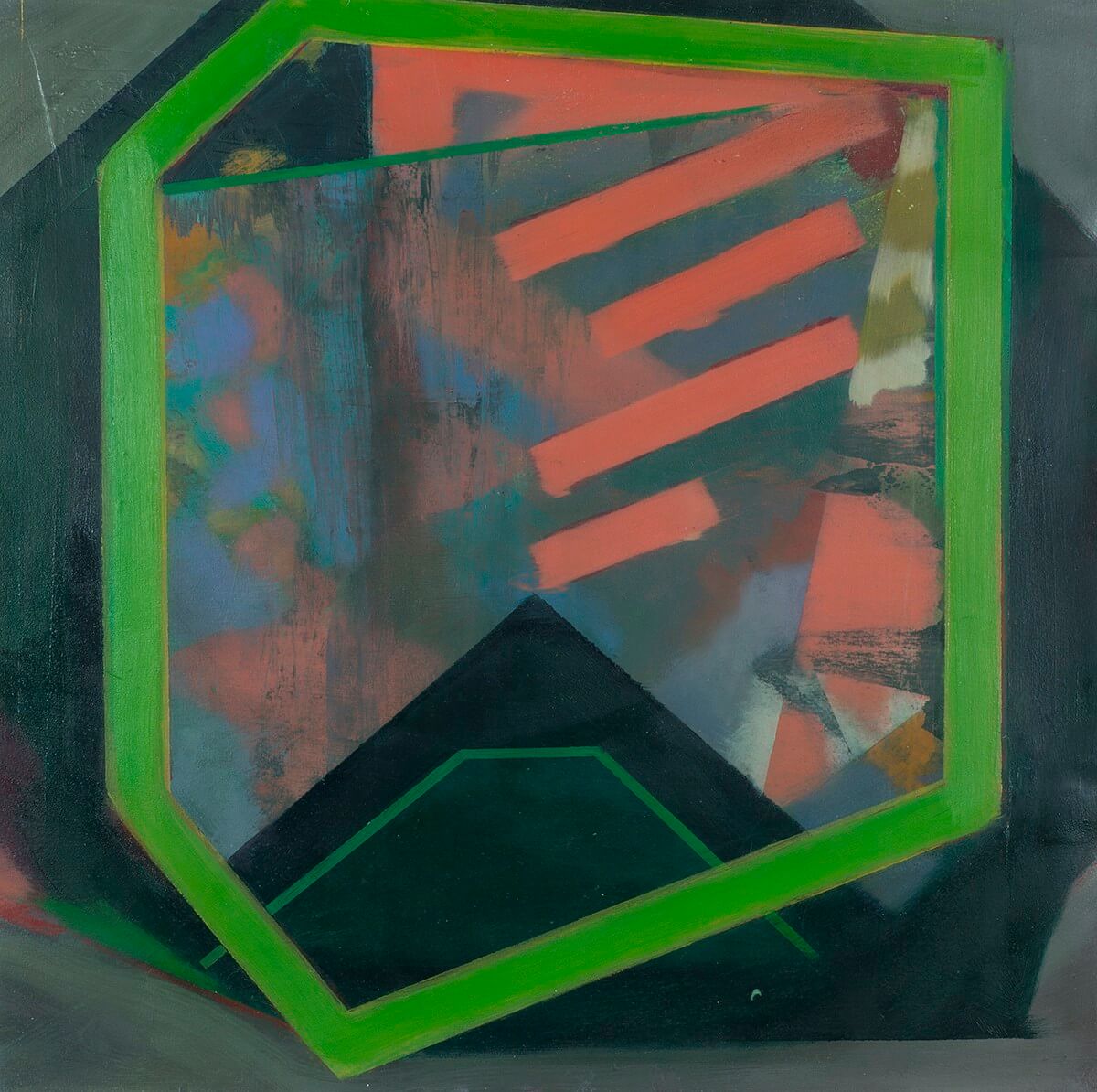 “Good news” was at a premium in 2015 as it had a tough time competing for attention with global warming, terrorist thugs, political pundits and bullies, police brutality and corruption. Oh, and let’s add climate change deniers and immigration fear mongers vying for presidential nomination to the equation.

Locally, the World Herald’s “Public Pulse,” absolutely the most entertaining and enlightening example of vox populi to surpass even social media, has had a field day with: Con Agra’s downsizing and move to Chicago, raising once again the ugly spectre of Jobber’s Canyon; which in turn made the razing of Page-Clarinda allegedly to make room for Mutual of Omaha that more painful.

And now it appears the pending demolition of the Specht Building downtown and two others that, ultimately, will benefit HDR, Inc., remind us, if only temporarily, that not even Landmark status is permanent in the name of “progress.”

It’s enough to make one turn the page—in search of some relief, not to mention enjoyment and inspiration. Do so and you enter Reader’s section devoted to the visual arts featuring below the ninth annual “A-List,” that is, the most significant visual art events and exhibitions of 2015. One of the joys of this retrospect is being reminded of the creativity local artists, curators, educators  and patrons bring to the Metro for our enjoyment.

The “A-List” is composed by this editor and his opinions, but it reflects also the writing and observations of Reader’s  arts writers who include their favorite shows of the year below. But, before we go there, here are some of the major art events, planned and unplanned that impacted the art scene:

On a sad note, the Metro lost three prominent area artists and one major arts patron who passed in 2015. Omaha had no greater friend and contributor to the visual arts than the late Fred Simon, a major supporter of Opera Omaha and the Omaha Symphony as well, along with many other community organizations in various fields. Simon, a former board member of the Joslyn Art Museum, long ago passed that torch of sponsorship and arts leadership to his son, Todd Simon, board vice-president for the Bemis Center for Contemporary Arts.

The Metro will also miss the contribution of sculptor/photographer Nick Chiburis who once superimposed nude images of models over church pews in Omaha; photo artist Stuart Bay who was also a beloved mentor to many artists while an instructor at Creighton University; and Tom Palmerton, an artist known for his sculpture, figure painting and landscape work, who also instructed at the Kansas City Art Institute and Creighton.

Perhaps the most significant visual arts event in 2015 was the opening of Gallery 1516 under the vision and direction of Patrick Drickey who intends to showcase exclusively regional artists particularly in collaboration with the MONA museum in Kearney. The inaugural exhibition, Friends of Kent, which continues at G1516 through Jan. 8, is an excellent start in that direction.

Both the Bemis Center and Kaneko now have a new executive director: Chris Cook brings to Bemis his artist in resident creds and a strong commitment to thematic residencies; and Kaneko just hired native Nebraskan Chris Hoschstetler who has considerable experience in fundraising and developent on behalf of non-profits.

But the most imaginative arts happening of 2015 belongs to husband/wife collectors and now curators John McIntyre and Laura Vranes who created the popular found art project called Adopt Art Omaha that placed dog portraits all over the Metro for patrons to find and keep, culiminating in a “Best in Show” at the RNG Gallery

As for this year’s “A-List,” the best art exhibitions in 2015, once again they are listed in three tiers of achievement. From a list of nearly 100 shows in 2015, 19 made the final cut. In addition the following five shows have earned an Honorable Mention regardless of level:

In the third tier we have shows that though imperfect continued to explore familiar ground, and remain among the best in 2015: Luzia Simons, Stockage, at Moving Gallery; John Dennison, New Clay Works, at G72; Joseph Broghammer, Herd, at Anderson O’Brien; Pop Meets Street, at Modern Arts Midtown; and Monte Kruse, Hummel Park, at Connect Gallery; two similar, yet complex exhibitions from one of the more fertile visions in this region, Nolan Tredway, at RNG Gallery and the Fred Simon Gallery; and Angie Seykora, Working Materials at the Lied Gallery.

At level two, shows that were more ambitious and/or more unified in realizing their curatorial intent we find: Fallen Fruit: Power of People, Power of Place at the Bemis Center, Paolo Dolzan, Mind Escape, at Moving Gallery; Mike Bauer, Welcome to Your Doom, at Sweatshop; James Bockelman, Paintings, at MAM; Kristin Pluhacek at Moving Gallery, and yet another Moving Gallery show, Frauke Bergemann’s Landscape: at a distance quite close, currently on view until Jan. 21.

In the top tier, exhibitions that met or exceeded their expectations of unity, professionalism and scope, we see: Father and son Thomas and Chris Prinz, Paper & Steel, at Gallery 72; Fiber group extravaganza at Kaneko; two inspired shows from Nicholas Jacobsen, Watching the Ground at Petshop and Reconsider at Project Project; Art Seen: A Juried Exhibition of Artists from Omaha to Lincoln; perhaps the most wildly inventive show of the year from Catherine Ferguson, Hair, at Moving Gallery; Watie White’s public mural, You Are Here, the best example of community-engaged art in 2015; and arguably the best show of the year, Friends of Kent, at Gallery 1516.

The following Reader arts writers weigh in with their favorite shows of 2015 as well:

Alex Priest: Nicholas Jacobsen’s watching the ground at Petshop Gallery was “the best” because the artist and the exhibition articulated a concise, rigorous, and poignant use of materials and space. The way the gallery spaces evolved conceptually and physically to form time-based and place-based interventions was really incredible. The material palette was also really transformative. This is contemporary ceramics!

Janet Farber: My favorite show was KANEKO’s presentation of Fiber, an unexpected grouping of several diverse but thematically related exhibitions of thread arts. It ranged from historical (kimonos) to the whimsical (Hawaiian shirts) to the dynamic (sculptural work by Cave and Hicks, embellished textiles by Riis) to the elegiac (Holocaust survivor reflections in tapestry).

Carol Dennison: My first unbiased opinion was John Dennison’s ceramic show, New Clay Works at Gallery 72. Other than that we both liked Art Seen at Joslyn. With a few exceptions it represented some of the best of Omaha and Lincoln’s working artists. I encourage the Joslyn to make showcasing local talent an important part of its mission. (I know that is not likely to happen, but it’s my hope!)

Eddith Buis: Joe Broghammer’s Herd of barnyard animals at Anderson-O’Brien was my favorite show of 2015. Using an expressionistic painting style and soft, surprising colors, Broghammer managed to allow each animal tell its own story to us.

Joel Damon: I’d say my favorite show of 2015 was Mike Bauer’s Welcome to your Doom at Sweatshop. In my opinion, Mike is one most talented and inventive young artists in the area. This was the first time he was given an entire space to himself and he knocked it out of the park.

David Thompson: The group shows at Modern Arts Midtown provide some of the most stimulating and satisfying viewing experiences around, in part because one’s response to the different works bounce off and inform one another. One of the most memorable was The Abstract Show, which brought together the work of nine artists (including MAM owner Larry Roots himself) in a dynamic assemblage that, as the postcard for the show rightfully put it, “combines spontaneity, intuition, and intellect.”