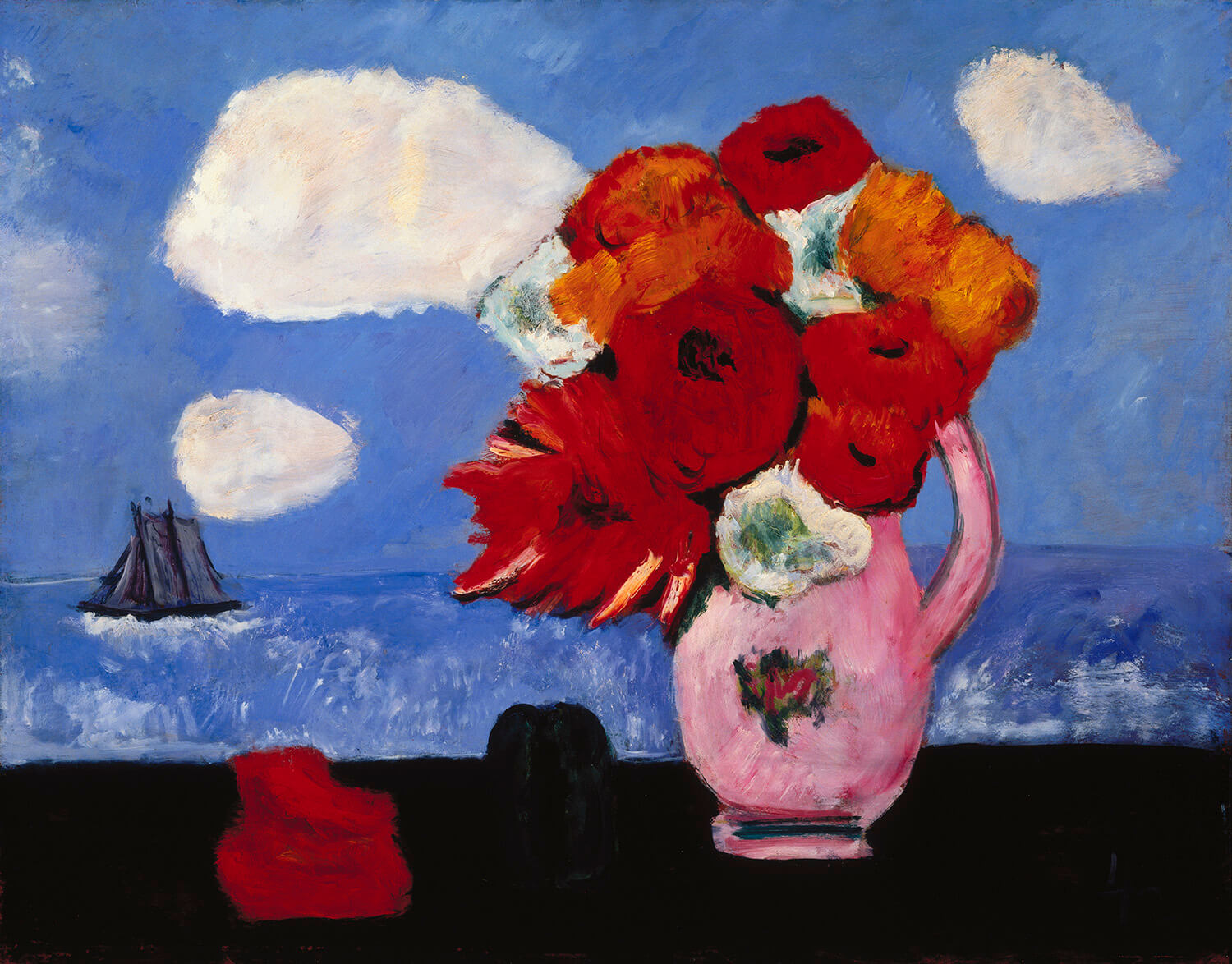 You can’t open a national arts publication such as ARTFORUM or Art in America without being impressed, let alone bewildered, with the plethora and diversity of art on display.

Perhaps the biggest takeaway is that in an era loosely referred to as post postmodernism or meta modernism, when it comes to contemporary art, anything goes, that is, comes and goes, and maybe comes again.

Andy Warhol was probably right about everyone, as well as trends, enjoying their 15 minutes of fame. Yet, the best art endures long after its moment in the sun, spotlight or social media. There are no real instant classics. No overnight success, either.

This is as true for Pop Art as it was for all great art that preceded it from the Renaissance and beyond to Impressionism and the 21st century. There will always be a test of time. What transitions from fame to glory is best left to theorists and academics.

Which is a good thing. Theorists, educators, critics and patrons of the arts have all they can do to get their collective head on what’s happening in art today, and where it is going in 2015. That of course includes the Metro and its surrounding area.

To that end, in order to help us re-launch this January online and in print every month, we asked local curators, artists and venue owners to comment on art in the coming year and how it will impact their work and exhibitions. What follows is less laundry list of 2015 shows and more thoughtful show-and-tell regarding contemporary art in the Metro going forward.

One way to look ahead is to cast an eye in the rearview mirror, as it is still true that “past is prologue.” Do this by having another look at Reader’s 2014 annual A-List in print last week and currently online. It offers a survey of the best events and exhibits of the past year, with the latter participating in same styles, movements, mediums and issues anywhere in America, so eloquently demonstrated by the State of the Art show currently on display at the Crystal Bridges Museum of American Art in Bentonville, Arkansas.

Looking back, it is tempting to play prognosticator and identify trends but most artists and curators prefer not to be followers or typecast. “Social Practice” and “Post Internet Art” are hot button items but only because what really defines the art scene is inclusivity, unpredictability and one thing more.

“Individualism is maybe the only ‘ism’ that really matters,” said Larry Roots, artist and owner of Modern Arts Midtown. “There is so much distraction and sensory overload today, an artist cannot afford to let himself be overly influenced and compartmentalized by the next big thing.”

Karin Campbell, the Phil Willson Curator of Contemporary Art at Joslyn Art Museum, says she isn’t comfortable predicting where art is going in 2015.

“Isn’t that the beauty of current art? It keeps you guessing,” Campbell said, “but I can reflect on things that I’ve witnessed lately. I think that there has been a real upswing on artists’ desire to explore their own personal narratives in the context of broader social issues.”

Joslyn’s major contribution on behalf of area artists in this year–Art Seen: A Juried Exhibition of Artists from Omaha to Lincoln opening in August–reflects such an “upswing” during Campbell’s more than 50 studio visits in the area.

“While I cannot say that I identified a prevailing trend, I was thrilled to see how keenly area artists are responding to issues that directly impact life in the Omaha Metro,” she said. “Topics like water use, the changing landscape of the Midwest, racial and sexual politics, etc., came up repeatedly.”

Roots agrees that artists need to be informed by 21st century geo-political as well as local concerns, but he cautions that there is more for artists to connect to than just what is current.

“Similarities from one era to another are just as real as the dissimilarities, if not more so,” he said. “To think and create art independently of the times is sometimes more difficult than to just conform to what’s happening now.”

That would seem to apply to process and style as well as theme, some of which remain relevant from era to era.

“I think painting is as compelling and dynamic today as it has been in any postwar period,” Campbell said. “Abstraction is particularly beautiful right now.”

What they share is a commitment to emerging artists of all ages in the Metro and beyond. In the process they may be more amenable to trends and experimentation. Gilmer, who has been at this the longest with some of the most controversial and provocative work on display, is also the most vocal and a tad hyperbolic as to what to expect and hope for in 2015.

“There is a major void in mind-blowing contemporary art in Omaha these days,” he said. ‘There are too many norms and not enough risks taken. In the ‘70s Patti Smith sang, ‘Everybody create.’ In the ‘80s everybody did, and it produced a lot of bland art. This is occurring again today.”

Like many, Gilmer looks to Benson to be the epicenter of Metro’s alt arts vibe, and he offers this advice: “Pave new paths in materials, technique and thought. First Fridays need to get more illegal, sexier and downright raunchier. Flesh for sake of flesh, beer for sake of beer, art for sake of art is over.”

To all local artists, aspiring and established, he challenges, “Paint in oil, not acrylic, know art from the classics to now. And get to know the local art scene as well as worldwide. But do not jump on the bandwagon, create your own and find venues to show it. Show where a show has never been. Make us shit in our pants.”

Whether Gilmer and RNG takes his own advice remains to be seen, but if his latest show, cardBoard, is any indication, then we can look forward to more. That includes the OEAA Visual Arts Nominee show, which opens Jan. 16 and previews those honored at the annual Omaha Entertainment and Arts Award showcase, Feb. 15.

Things are relatively quiet in Benson in January, but Jochim and Reid Kuhn have their own take on what makes Metro tick and trend…and what doesn’t exactly work.

“Local art seems to flourish when accompanied by a trending musician, space or artist,” Jochim said. “Patrons get more jazzed about visual art when accompanied by their favorite musician, band or DJ. At Sweatshop, we’ve always tried to interact different disciplines to form this sort of cohesive social scene.”

Sweatshop and Petshop will continue to favor curated group shows and solos with local familiar faces. “At Sweatshop, we’re toying with the idea of an Entomology-themed group show in 2015,” he said. “In February, we are opening with Mark Goodall, a local lawyer. By profession, he is a lawyer. Through passion, he’s a sculptor, and an intriguing one at that.”

Reid Kuhn says she doesn’t’ know about trends and doesn’t worry about popularity. Her take on art with a social conscience has a unique flavor consistent with her point of view and her own work.

“Social practice and community engagement are the lifeblood of art,” she said. “However, unlike what art charlatans tell you, that can rarely be written up in a grant, boxed and packaged and still retain any life or fervor. Social practice without passion equals photo ops.”

Reid Kuhn’s passion for curatorial challenges runs contrarian like her art. Sweatshop will engage the community in 2015 with the show Brut Art in February with “international, national and local weird artists.”

Another veteran of the emerging, alternative arts scene in the Metro is Damon, the former curator of the Bemis Underground. Now he has gone above ground on Vinton Street with fellow artist/collaborators Josh Powell and Jeff King in their startup DIY Project Project.

Like Reid Kuhn, Damon views art as social practice with a jaundiced eye and sees it “slowly fading” in 2015. He does see “a lot of young graffiti artists showing more in the Metro,” which he considers a good thing though Project Project won’t be following in hot pursuit.

“We will be showing a local ceramicist/painter, Luke Severson, in January, who’s never had a solo,” he said, “and in February, two of Kansas City’s heavy hitters, Garry Noland and Lonnie Potter, both do mixed media 2D and sculpture.”

Traditional galleries are also fully invested in the 2015 Metro art scene. Joining their ranks by this summer is a venue whose name is the same as its address on Leavenworth, Gallery 1516. Founder Patrick Drickey says it will specialize in local and regional artists along with travelling exhibits from the Museum of Nebraska Art in Kearney and the Bone Creek Museum of Agrarian Art in David City. Gallery 1516’s inaugural exhibit in June can only be considered blockbuster.

“The Friends of Kent Exhibition features the late Kent Bellows, we have over 90 plus pieces to select from,” Drickey said, “along with Nebraska artists who work in a similar style, contemporaries including Steve Roberts, Edgar Jerins, Gregg Scott and Paul Otero.”

Viewers can also look forward to these significant events and exhibits in 2015: Bemis Center will host workshops next fall with artists Shu Lea Cheang, Claire Pentacost and Mel Ziegler along with collectives Fallen Fruit and FoAMM in conjunction with a residency program on food production and consumption. The Kaneko will open a collective exhibit Feb. 6 titled Fiber, which will “sample the ways in which textiles and fiber art serve as a canvas for various expressions of culture and the creative process. Meanwhile, Joslyn will offer in February its American Moderns, 1910-1960: From O’Keeffe to Rockwell. And the Moving Gallery, a beacon of regional, national and international art will showcase Omahan Catherine Ferguson in March, Brazilian photographer Luzia Simons in May and German photographer Frauke Bergemann in September.

Overall, 2015 boasts an impressive line-up and Drickey probably speaks for all when he says, “I am pleased and surprised to see how much the arts scene in Omaha has grown (He is a co-founder of the Artist Co-op in the ‘70s). It just gets better and better.”

Though some try to put their finger on what exactly the Metro arts vibe is and where it’s going next, Roots, Campbell and others here remind us of the folly of predetermining art or following trends. In the end, what artists, curators and patrons share most is the joy of personal discovery and expression.