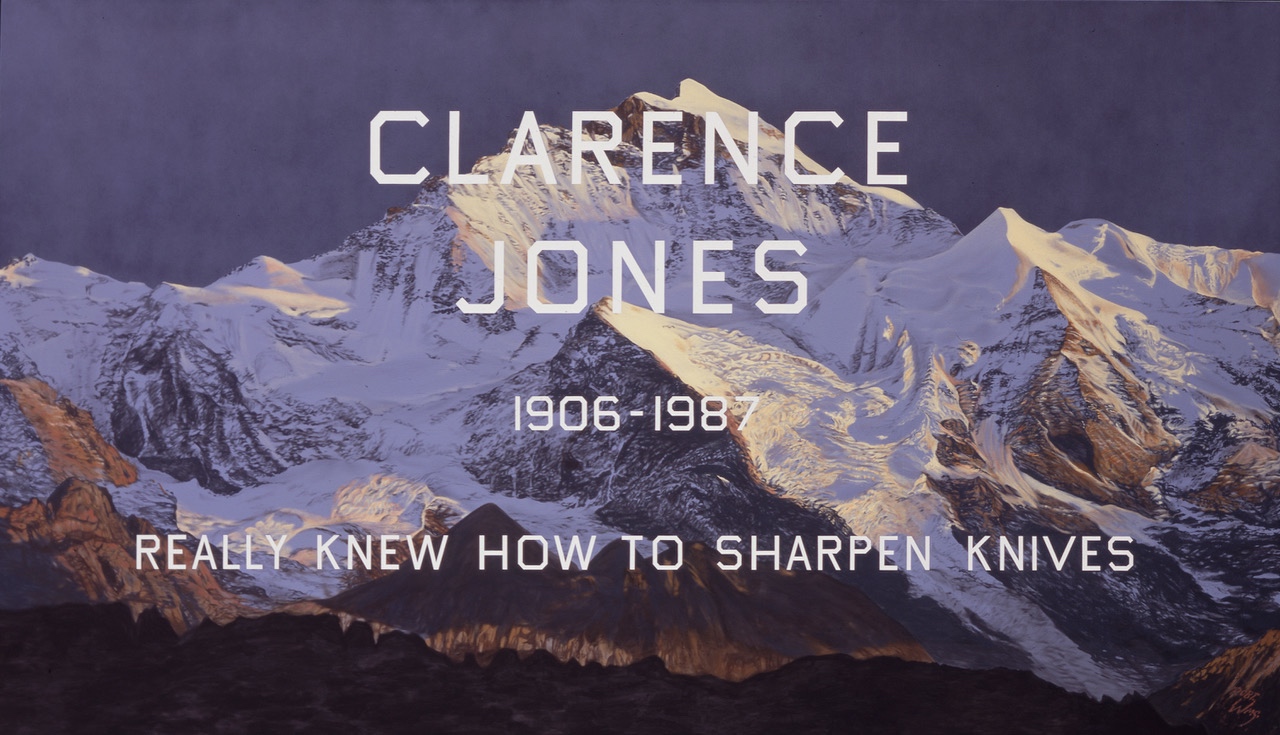 Ah, the New Year. Time to make good on resolutions and get an attitude adjustment. Make big plans, including treating yourself to the next round of offerings from the Metro’s visual arts venues.

What follows are highlights from the exhibition programs of area galleries large and small. Not all schedules are set at this time, so continue to check the Reader for previews of other coming attractions in the months ahead.

It’s been a long time coming, but Joslyn Art Museum will celebrate the work of one the most famous artists you’ve perhaps never heard of. Ed Ruscha (pronounced Rew-shay) is a highly regarded, tremendously talented painter, draftsman, printmaker and photographer considered among the pioneering practitioners of conceptual art.

Ruscha was born in Omaha in 1937 and though he lived here only a short time, we can still lay claim to this native son. In the exhibition Word/Play: Prints, Photographs, and Paintings by Ed Ruscha, running from February 3-May 6, audiences will be treated to this LA artist’s special brand of turning the written word into a platform for visual expression, whether using script to elevate the nondescript or merging the sublime with the ordinary. 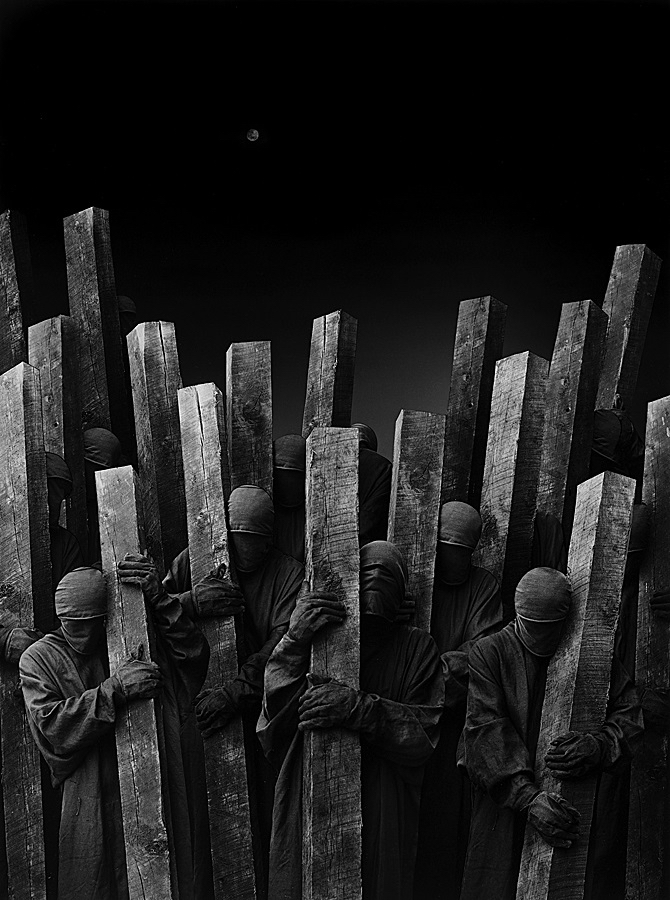 From May 25-September 28, the Kaneko will challenge us to consider the mutability of Reality in another of its multifaceted approaches to an overarching theme. The show will feature the moody, surreal photography of Misha Gordin, a Google Tilt Brush VR collaboration with Alex Myers and the CB school district, UNMC’s iEXCEL virtual learning program, and Opera Omaha’s production of Proving Up, a haunting story of hardship in post-Civil War Nebraska (the production is staged there in April).

Perhaps the most anticipated component of Reality will be the re-incarnation of Tim Guthrie’s Museum of Alternative History. No stranger to topically-inspired work, Guthrie was motivated by his outrage against retrograde factions, such as those promoting “Intelligent Design” or denying climate science, and their widening impact on education and public policy.

Taking a cue from this selectivity and twisting of fact, Guthrie has asked a number of artists and writers to reimagine the past; together these works form a new kind of museum of natural history, full of imaginative antiquities and specimens along with their “credible” backstories. The Museum had its debut in 2013 at RNG Gallery; this iteration promises to be larger in size and scope. In our #fakenews world, nothing could be more trenchant or timely.

Proving everyone old is new again, Gallery 1516 is hosting the 65+ exhibition, organized by John Miller and Pat Lontor. The contemporary art world has a habit of putting premiums on the work of newly minted or emerging artists, while moving on from those older artists whose work we might have come to “expect.” In truth, the Metro art scene does not entirely ignore its mature artists, including 1516 which has gone to some lengths in its early years promoting retrospectives of several long-careered artists. 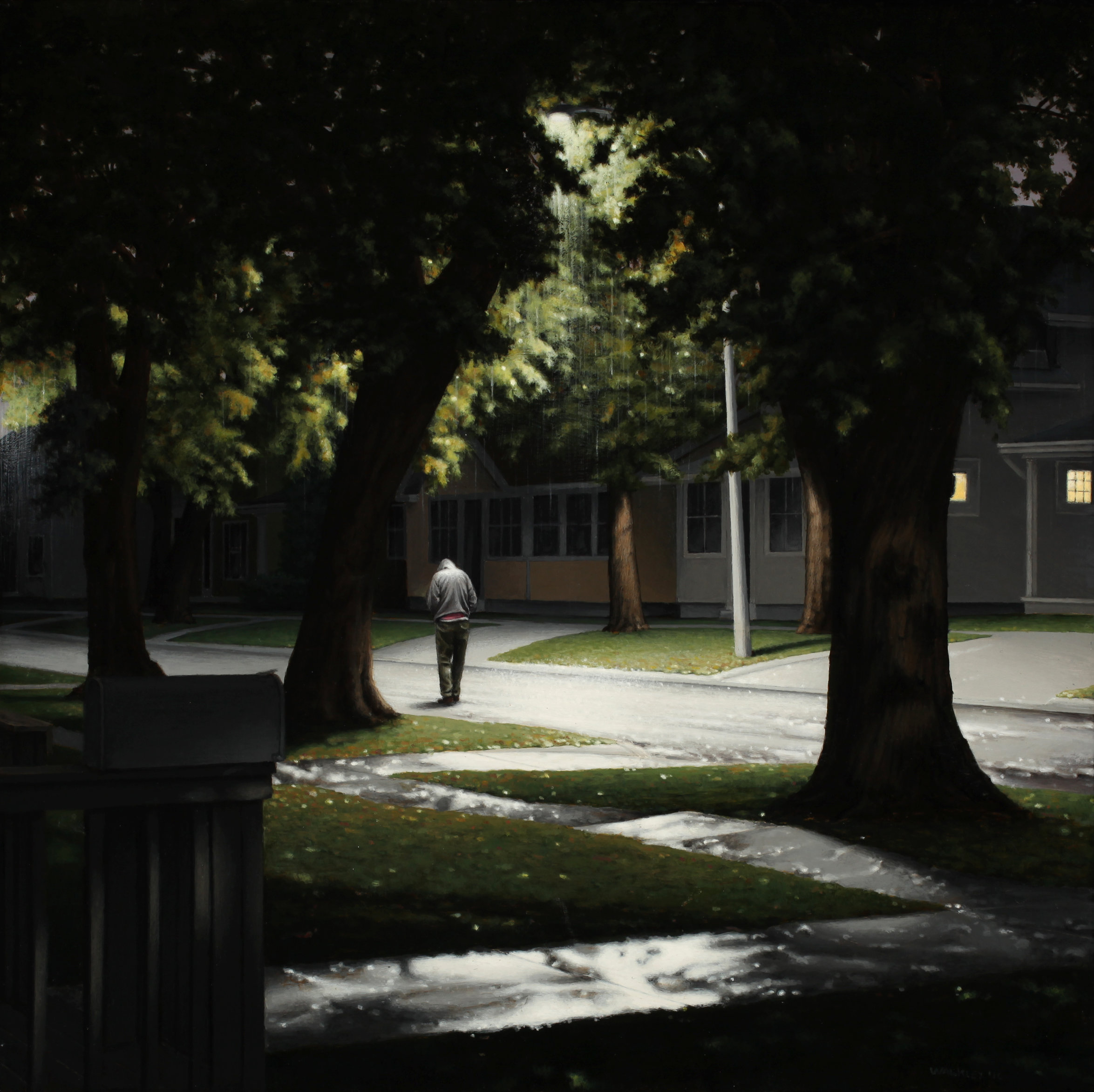 Gallery 1516 will also host a collaboration with Opera Omaha during the month of April, the setting for a visual/aural/performance installation of John Adams’ The Dharma at Big Sur. 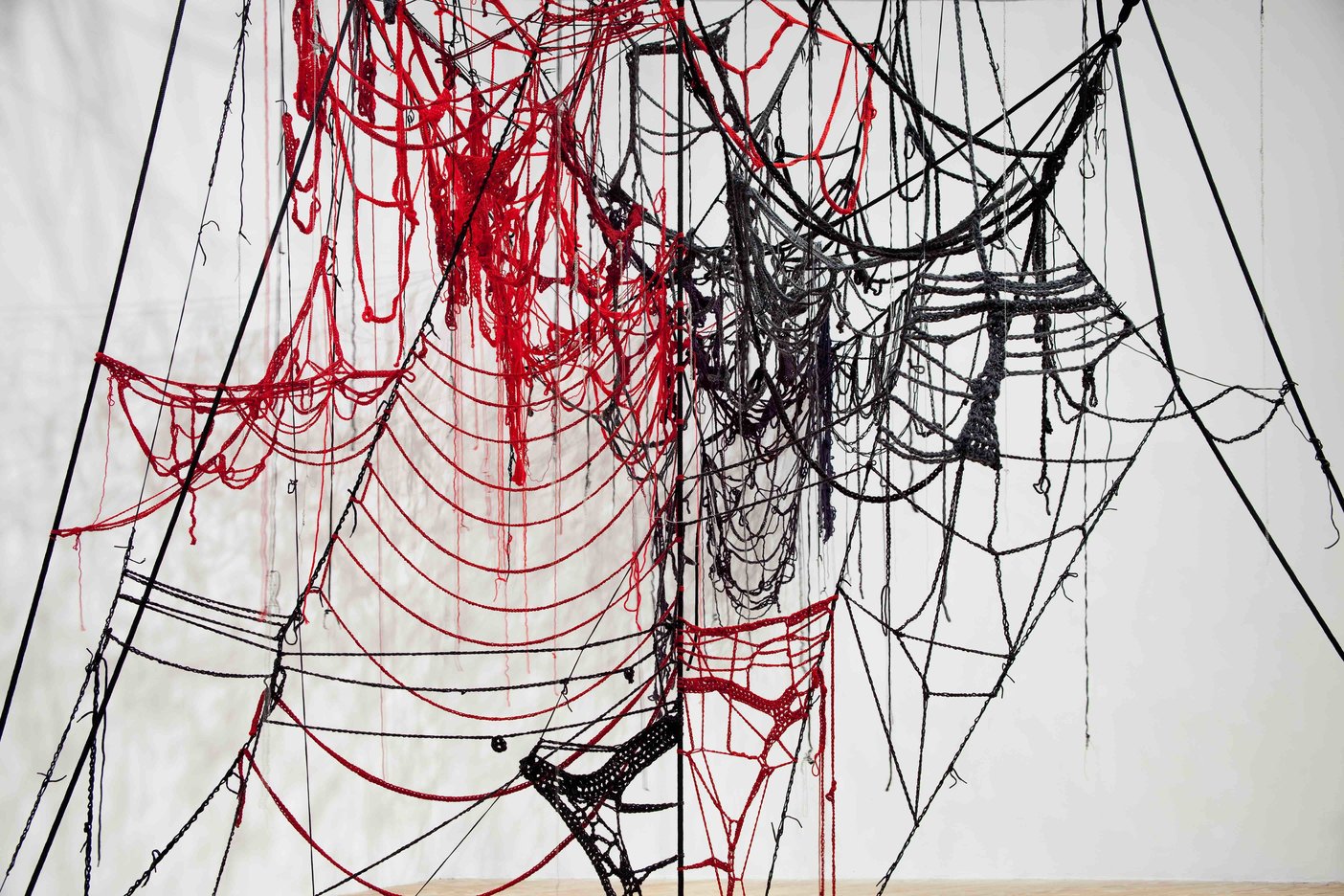 The remaining big player among local exhibitions spaces is, of course, the Bemis Center for Contemporary Arts. Not quite ready to tantalize us with their post-Monarch program (which closes February 24), they will host a traveling show this summer organized by the Phoenix Art Museum. Sheila Pepe: Hot Mess Formalism presents a range of installation and sculpture by the Brooklyn-based artist whose work crosses boundaries of media (she uses industrial and domestic materials) in order to upend imbedded ideas about appropriate formats for artmaking. Currently, her plays on feminist and craft traditions address gender hierarchies in the art world. This first mid-career survey opens June 28 and runs through September 15. It will be interesting to consider her art against the backdrop of local makers such as Angie Seykora and Camille Hawbaker who also employ materials in a contextualized way.

The Moving Gallery/Garden of the Zodiac can always be counted on to provide some international flavor and two offerings this spring are no exception. In February, the gallery will introduce the Metro to the surreal cinematic landscapes of Parisian photographer Nicolas Dhervillers. May 3 through July 8 brings the return of favorite Berliner Christian Rothmann with Circles on the Move, his new botanically inspired abstractions in round formats.

On the university scene, you can expect to find the annual round of student shows plus a few surprises thrown in. Creighton’s Lied Art Gallery is partnering with an Honors course and Joslyn on shows featuring the Carlson Fable Collection; Aesop’s tales will be a main feature of both, January 12-Februrary 11. Recent paintings by local Kenny Adkins follows February 23- March 27. 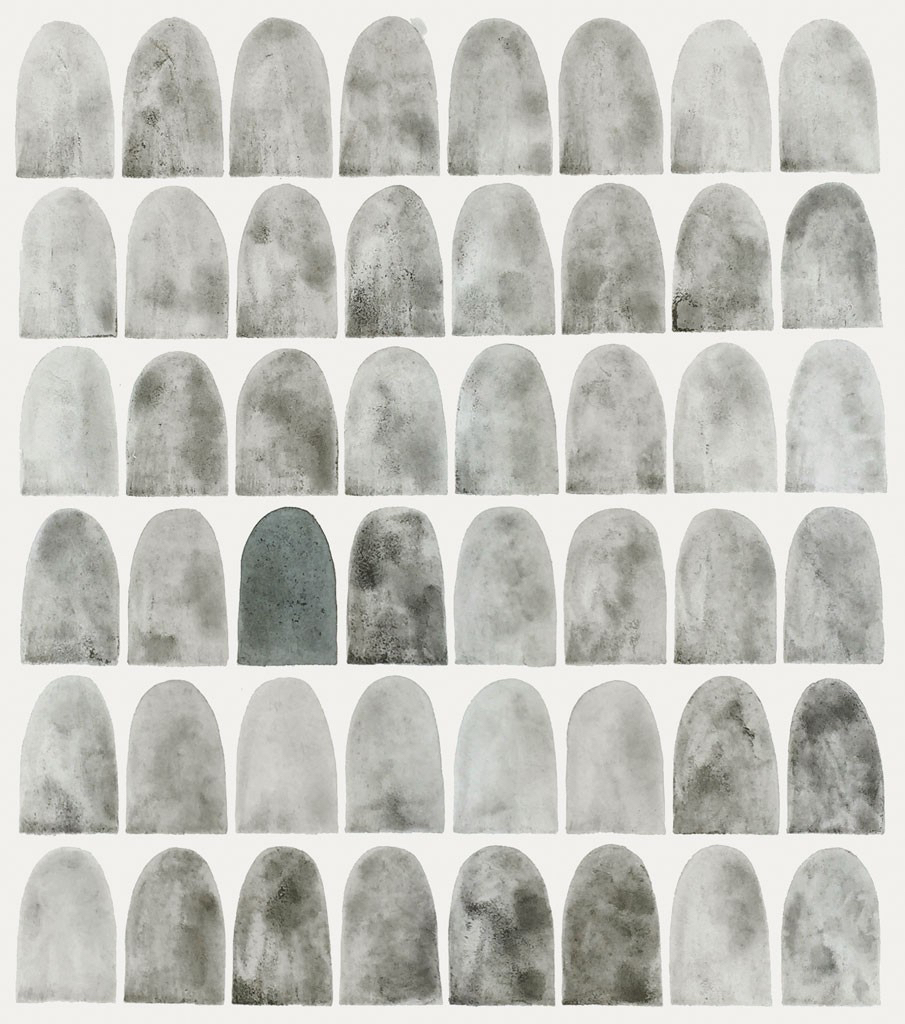 If you ever wondered what became of its former studio art students, UNO will round some up in Reconnect: A Juried Alumni Exhibition, January 12-February 15. And MCC Elkhorn campus will host the photography of Chicagoan Krista Wortendyke, whose Heat series confronts gun violence in her home city.

Darger HQ continues its pairings menu with UNL prof Matthew Sontheimer and Viennese artist Sophie Dvorak; they share a mutual interest in the ways text and pictures convey meaning. Beginning March 9 and continuing through May 6, this show shares an opening date with Sontheimer’s solo at the Union for Contemporary Art. Following this duo will be the dark and compelling symbolism of Lincoln photographer Sheila Talbitzer plus Berkeley painter Freya Prowe in full Rorschach mode.

Gallery 72 will open a show of new work by Steve Joy on February 9 in conjunction with a solo feature at the Sioux City Arts Center. Joy’s protégé and artist-in-residence Belinda Smith will have an abstract painting show downstairs. Shawn Ballarin’s new paintings opens March 1.

Several artists will reprise their works in upcoming solo and duo shows. Connect Gallery is honoring the late Nick Chiburis with a memorial exhibition running the month of February. That same month, Modern Arts Midtown will focus on Brian Gennardo’s street-inflected expressionism, followed in March by the panoramic landscapes of veteran photographer John Spence.

RNG Gallery will reunite with some of its favorites, including new works by Lakota artists Paul High Horse and Steve Tamayo, whose paintings and sculptures display a balance of both traditional and contemporary relevance. In April, Watie White and New Orleanian Brent Houzenga will reprise some of the graphic kismet they created in 2010’s Slippery Humanist Values at Jackson Artworks. Kim Darling will be presenting new paintings in June. 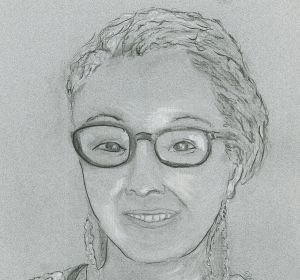 Be sure to “check out” the library’s spring schedule at its Michael Phipps Gallery. Portraits by Eddith Buis will kick off Groundhog’s Day, followed by a group show displaying the trio of Erin Blaney, Kimberly Glass and Larisson Seidle in May.

Petshop is also looking to school us this season. In the February-March slot is Missed Connections: Maneuvering love, heartbreak & hooking-up in the digital millennium. Organized by Christopher Vaughn Couse, it will feature Ella Weber, BZZY LPS, Kelsea Brunner, Nathan Gurnon, Granny Oopsy and promises the introduction of @bffmissedconnect.

Further, Petshop and Benson First Friday are teaming up on April 6 to celebrate insects with the first ever Omaha Bug Symposium, a science, lecture, art and live music event. This conservation-themed day organized by Dave Crane and Andy Matz should be abuzz with excitement; Petshop’s related exhibition continues through May 25.

Finally, be on the lookout for a couple of organizations on the move. Omaha Creative Institute is decamping from NODO back to the S. 13th Street area in order to better facilitate its professional development programs as well as maintain a small exhibition space. And the new Mayflower Moving Gallery (#MaMo) will kick off its program year in its mobile moving container. Think of it as a food truck for art, coming soon to a neighborhood near you.

To be sure, art in the Metro always delivers regardless of location. Be sure to save room for this pleasing palate of winter/spring offerings!