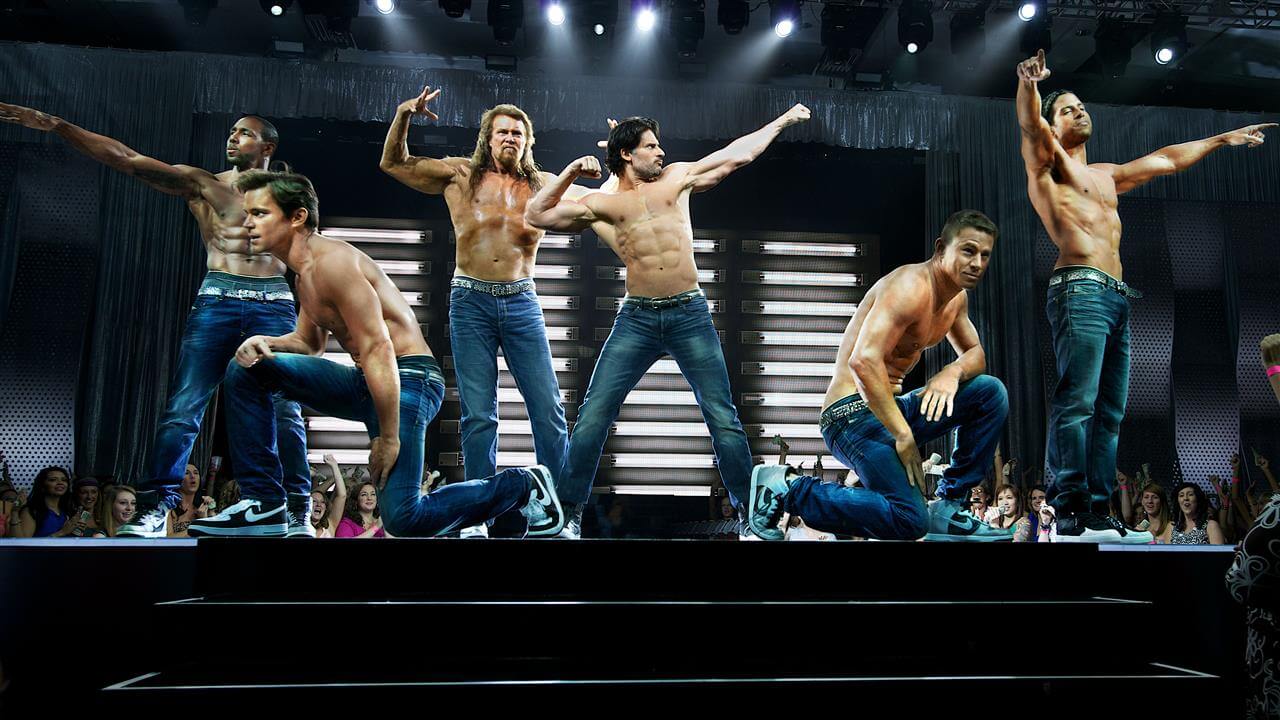 Magic Mike XXL is arguably one of the most pleasant movies without any kind of dramatic arc whatsoever. It is also inarguably the most women-friendly film to ever refer to a vagina as a “glass slipper.” The film opens with Mike (Tatum) working at his own furniture company. I know what you’re thinking: His business is struggling and he has to go on one last strip-a-palooza. Nope! Business is good, actually. Mike’s old “adult entertainer” buddies roll through town and meet up with him. You may assume that they desperately plead with him to help “save the club.” Nope! They invite him to come to a stripper convention and he declines briefly before agreeing.

The film then becomes a road trip movie without any adversity at all. They crash a car, but then immediately wind up at the mansion of a kind divorcee (Andie Macdowell) who loans them a ridiculously expensive convertible. They lose their announcing MC, Tobias (Gabriel Iglesias), but pick up an even better one, Rome (Jada Pinkett Smith). They do not almost miss the convention. They do not have internal struggle and fighting. None of them has relationship problems. It’s the most undramatic, conflict-free movie I may have ever seen.

Magic Mike XXL tells you several times that all it wants is for you to smile. And it’s hard not to. Tatum is just stupid charismatic, and the rest of the cast is deceptively charming, most notably Richie (Joe Manganiello) and Ken (Matt Bomer). Everyone supports each other, openly professes their love for one another, talks about their bigger life plans and encourages each other to stop simply dreaming and work for those goals. It’s all so…nice…