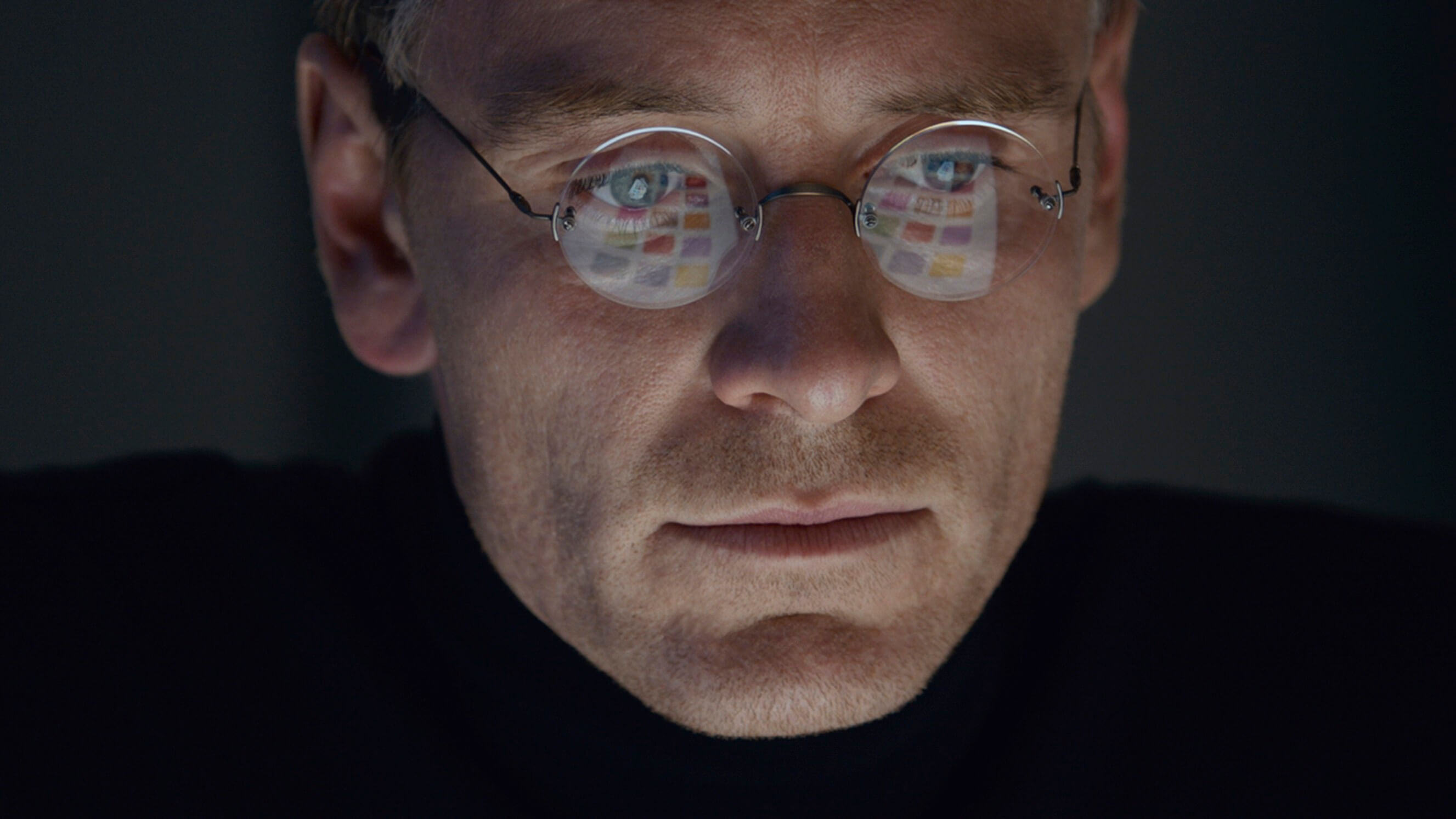 Set in near real time just before Jobs (Michael Fassbender) is about to unveil a new product at three different conventions years apart, Steve Jobs is basically a stage play on screen. Actually, it’s basically Walking Whilst Talking: The Movie, as Sorkin’s trademark, fast-paced dialogue delivered in near full-sprint makes up literally almost every scene. For those who feast on the man’s words like I do, it’s a glorious buffet of nouns and verbs. Those looking for “plot,” “events” or “fully developed supporting characters who do more than come into a scene and say or do something cool and then slink away” may be more disappointed.

This is neither a deification nor condemnation of Jobs. Actually, who knows how much of this is even “true?” The myths swirling around the man were so sweeping and thick, it is almost irrelevant that Sorkin was technically adapting a “nonfiction” book. Instead, the film is best seen as an exploration of the prototypical self-aggrandizing genius, a myopic mastermind willing to sacrifice every relationship with every single person in order to create something.

Jobs’ long suffering assistant, Joanna (Kate Winslet), constantly reminds him that life is about more than the work you produce. And Steve Wozniak (Seth Rogen), Jobs’ cofounder and “best friend” (if he has such a thing), reminds him explicitly that life isn’t “binary,” that Jobs could be a genius and, you know, not a huge asshole. Which he is. Sorkin’s ability for snark ensures several flinches at just how big a d-bag Jobs can be.

The only real narrative arc is Jobs’ relationship with his daughter, Lisa, who he initially claimed he didn’t father despite a test that confirmed it with 94% accuracy. The reasons tie into Jobs’ own adoptive upbringing. In doing so, the film gives Jobs an “out” with the “I was never loved as a child” excuse. It also provides redemption him through his changed fatherly perspective. In real life, this may all be total hokum. But as a movie? It works so, so well.

And that’s the thing: Who cares if this is how it went down? Fact becomes fiction in every biography, and this fiction is fantastic. So fantastic, we haven’t even gotten to how nuanced Fassbender is, somehow wildly charismatic and yet wholly unlikable. Steve Jobs is a breathless, brilliant character study that gloriously relies on nothing more than words and performances. For a film about a guy pushing towards a revolutionary future, this is as much a blissfully simplistic throwback as could be imagined.