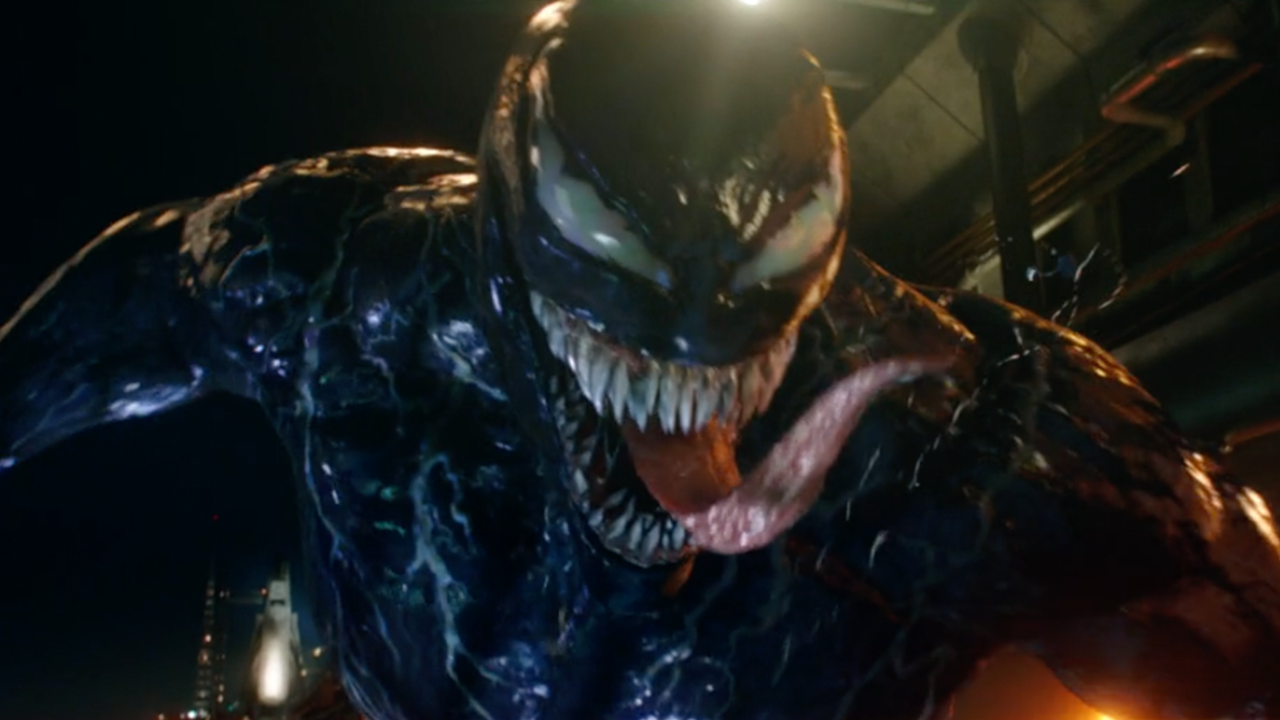 Everything is weird and stupid lately, so why should movies be any different? At this point, why not have a movie about a Spider-Man villain without Spider-Man in it? Sure, go ahead and let Tom Hardy do a 112-minute audition for Benecio Del Toro’s Secret Society of Actors Who Give Every Character a Drunken Cartoon Voice. What’s that, Jenny Slate and Riz Ahmed want to be in it? Fine. But she has to play a lady-scientist whose character name is one letter away from “Dr. Skirt,” and he has to basically be Elon Musk with actual charisma. Oh, and add in loads of very muddled gay subtext in the relationship between Hardy and his CGI costume that is actually a sentient space alien.

Venom is an almost irritatingly fun total catastrophe. If you can endure the wretched and boring first hour, wherein everyone involved briefly pretends this is a regular movie and not one where Hardy will eventually converse with a monster coming out of his butt, the last half is a willfully silly spectacle that is oddly satisfying. It’s enough to make you wonder if the whole thing could have been legitimately great if it wasn’t for the transparent studio interference and a hobbling PG-13 rating.

Frustratingly, Venom has an incredibly thin plot that was spaghettied into being annoyingly time-consuming during the editing process. Eddie Brock (Hardy) is a hip, cool journalist who is obviously beloved by millennials because he does video reports while wearing Johnny Depp’s bracelets. Carlton Drake (Ahmed) is a hip, cool billionaire who is attempting to get alien creatures that one of his rockets found to bond with human beings. Drake’s lead scientist, Dr. Dora Skirth (Slate), is troubled by the fact that Drake’s experiments are killing tons of homeless volunteer test subjects, so she gets Brock to investigate.

Of course he accidentally bonds with one of the aliens, which gives him crazy powers. The alien also talks to him inside his mind, often eats people’s heads and turns Brock into an 8-foot-tall creature with a 3-foot-long tongue. With the help of his ex-girlfriend, Anne (Michelle Williams), and her hilariously patient new boyfriend, Dan (Reid Scott), Brock becomes the anti-hero known as Venom. Please insert franchise dollars to continue.

If you don’t have a good time watching Hardy slur-mumble in Brooklynese as he talks to a gooey alien that “emerges from his body,” that’s fair. For those of us who prefer captivating oddness, the more preposterous director Ruben Fleischer’s film gets, the more an R-rated cut of Venom seems kinda fantastic. Honestly, a thousand wacky body-horror/rom-com/superhero sendups before one more stale and “grounded” comic book origin story, please.

Venom is a narrative nightmare in which every scene feels rushed. And yet, by the power of slimy black tentacles, possessed dogs and children, and Hardy’s fearless lunacy, it is a wickedly watchable experience. Despite a class-clown Rotten Tomatoes grade and conservative projections, remember who told you this will be a tongue-heavy French kiss at the box office. Hooray?