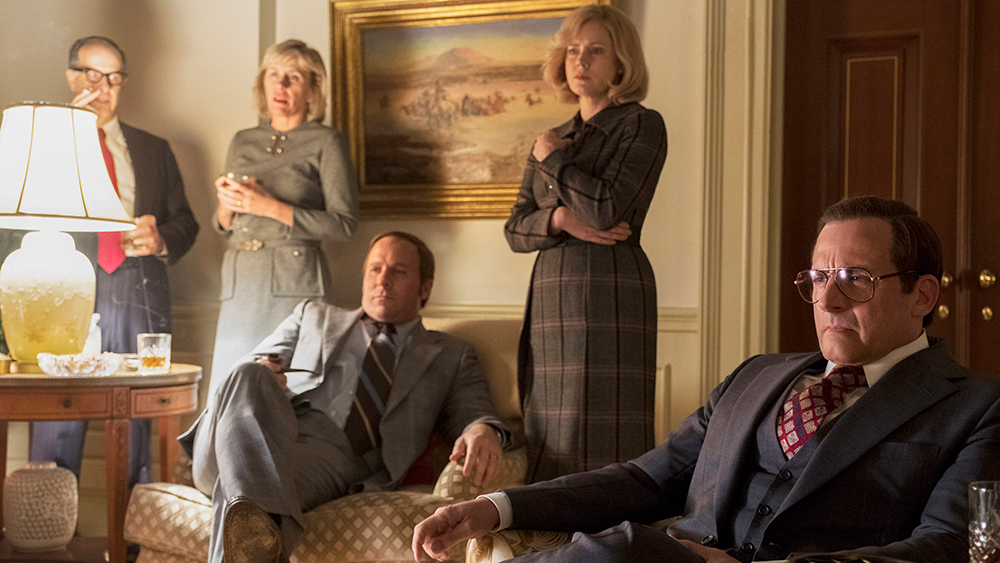 A solid, empirical argument could be made for putting writer/director Adam McKay’s Vice on a year-end movie list. What’s uniquely weird is that the film does enough to justify a spot on either a “Best of 2018” or a “Worst of 2018” collection… A biopic that refuses to clearly show what makes the bio in the pic tick, McKay’s tonally bizarre film somehow flirts with excusing warmongering, engaging satire and sorely needed historical condemnation on a rotating basis. Vice is a captivating mess that almost-kinda-sorta serves as the cultural reminder we desperately need of that one time America killed thousands upon thousands of Iraqis based on a lie told by the CEO of an oil company.

According to Vice, Dick Cheney (Christian Bale) was a drunk sack of mumbling crap who bumbled into being a lackey to Congressman Donald Rumsfeld (Steve Carell) because his wife, Lynne (Amy Adams), threatened to leave him. Although he later breaks the fourth wall and explicitly professes his zealotry as a true believer in the torture and war he launched between heart attacks and shooting a friend in the face, McKay suggests Cheney became a Republican on a whim. In direct contradiction to the second half, the film’s labored front end portrays a somehow-savvy buffoon who only cared for status and power, not genuine ideology.

The bloated back end—that’s the movie’s, not Cheney’s—gets into the truly vital stuff. As he did with The Big Short, McKay whimsically lectures on the rise of Fox News, the insane expansion of executive branch powers and the wholesale slaughter of innocent civilians and soldiers in the wake of Vice President Cheney manipulating President George W. Bush (Sam Rockwell). The accuracy of these allegations and assumptions would only be verifiable if the United States had ever actually held substantive hearings about how we committed torture and went to war based on a WMD whopsie.

Every incredible thing about the movie is immediately met by something equally as frustrating and, ahem, Vice versa. For example, Adams is a vibrant, coy, Lady-MacBeth-by-way-of-Utah in the first act, while Carell is distractingly awful, and Bale’s impression feels stale. The second half, which tackles Cheney’s time in the White House, satirically exposes and eviscerates the entire administration for manipulating Americans left in a 9/11 stupor. Yet, it somehow shuffles and rushes past the most crucial moments and refuses to measure Cheney’s actual motivations.

Fittingly, Vice is a movie at war with the movie it wishes to be. McKay’s observations are most pointed, most compelling when he is articulating the complex deceit required to incite global conflict. However, those elements are the good, brown fat buried beneath the white girth of Cheney’s portrait. Unquestionably, Americans should not reflexively excuse or forgive our involvement in atrocities less than two decades old. Vice is so very close to being the kind of imaginative insight needed to resurrect these issues in our collective cultural memories. Again, maddeningly but fittingly, it loses in a tight recount.