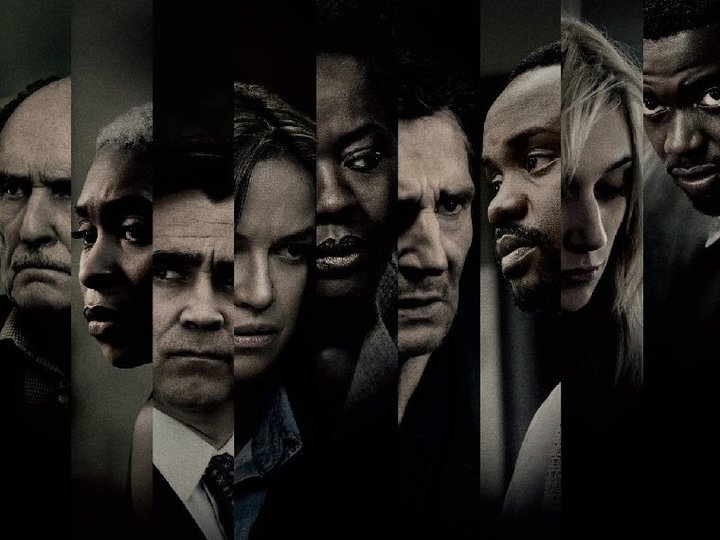 Writer/director Steve McQueen’s Widows proves Viola Davis can make literally anything work on screen. Can Viola Davis issue a sincerely chilly, ominous warning whilst holding a fluffy white dog named Libya? She can. Can Viola Davis make you cry during a wordless funeral scene, just from how she puts on a pair of gloves? Sniffle it up, everybody! Can Viola Davis transform scenes in which Liam Neeson French kisses her like the objective is to get the entirety of her mouth inside his mouth into something intimate and sensual? God help us all, yes. The biggest problem with Widows thus comes as no surprise: An ensemble movie with Viola Davis, no matter how stacked the cast, leaves you wanting more Viola Davis.

Set in a version of Chicago that is either hyperbolically awful or unrealistically tame, depending on your firsthand knowledge of the city, Widows deals with the fallout of well-known thief, Harry Rawlings (Neeson), getting spectacularly murdered while stealing from well-known underworld boss, Jamal Manning (Brian Tyree Henry). Jamal lets Harry’s wife, Veronica (Davis), know that she’s got a month to return the $2 million Harry done blew up. She finds detailed plans for Harry’s next job; so she calls in Linda (Michelle Rodriguez) and Alice (Elizabeth Debicki), the wives of Harry’s now-super-dead crew, to help her do a heist.

This all plays out opposite a political race between Jamal Manning and Jack Mulligan (Colin Farrell). Jack wants to take over the alderman seat held for ages by his corrupt dad, Tom (Robert Duvall), a human MAGA op-ed. While Jack clashes with Tom, Jamal relies heavily on his brother, Jatemme (Daniel Kaluuya), who is the kind of terrifying bad guy who never raises his voice and walks like a snake, which is weird because they don’t got no legs… Eventually, much like the Chicago streets they’re set upon, the storylines intersect in a violently clunky but begrudgingly effective manner.

Widows has a cast so loaded, this is the first time I could use Carrie Coon’s name. Jon Bernthal, who is the lead of his own TV show, has exactly two lines of dialogue. Mcqueen and cowriter Gillian Flynn thin the script soup enough for everyone to get a cup, but it leaves a few of them pretty hangry. Because TV and film have blurred lines like a Robin Thicke date-rape anthem, “this is in the wrong medium” has been a go-to critique. Sorry to be unoriginal, but you can’t help but wonder if another several hours would have taken Widows from “darn good” to “best of the year” lists.

Recently, a trailer for a better animated version of an existing animated movie, the upcoming CGI Lion King, became the most watched of all time faster than someone could Google “who plays Poomba?” High-profile actors performing in a non-sequel that explores rich themes of grief, betrayal and onerous family legacies is just increasingly rare. Widows may overreach a bit, but who can be mad at the effort?