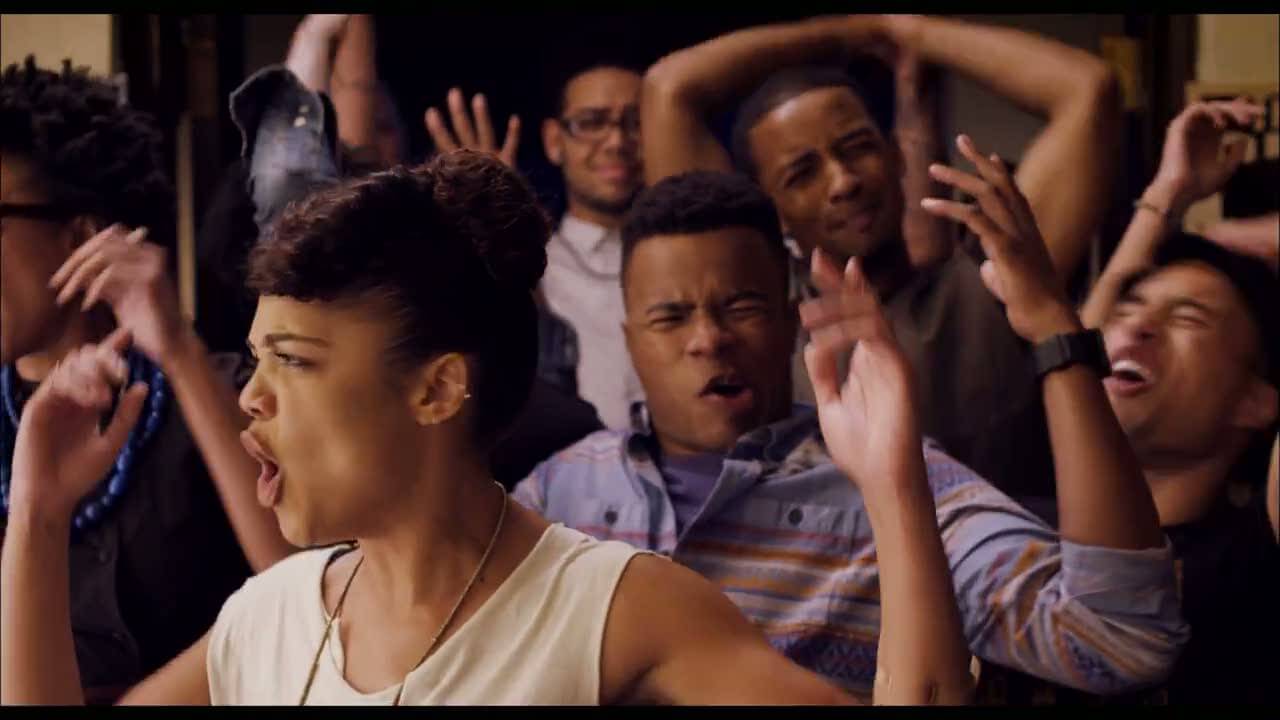 Thrill-seekers live for the rush that comes from defying death; adrenaline is the body’s chemical “thank you” for keeping it alive. Somehow, that’s the sensation I got watching Dear White People, writer/director Justin Simien’s declaration that he didn’t come to half-ass it. Audacious, overly ambitious, challenging and understandably flawed, Dear White People may be the most important conversation about race you’ve never seen, heard or had.

Set at Winchester University, a faux Ivy League college, the film opens with a contested election for “head of house” at a mostly black dorm. Sam (Tessa Thompson), a word warrior and aspiring filmmaker whose project is “Rebirth of a Nation,” runs against ex-boyfriend Troy (Brandon P Bell), the son of Dean Fairbanks (Dennis Haysbert). Given Troy’s connections and airbrushed image, Sam expected to lose and was just fighting against a change that would “randomize” housing assignments, arguing that privileged white kids would pull strings and get the house they want, while the black unity provided by her house would be destroyed.

When she unexpectedly wins, tensions boil as hot as Brooklyn asphalt in a Spike Lee joint. Kurt (Kyle Gallner), the son of the University President, goes after Sam, offended by her radio program, “Dear White People.” He organizes a Halloween party with white kids in black face, aided by Coco (Teyonah Parris), a luminous black woman trying to make it onto reality television. When Lionel (Tyler James Williams), a gay aspiring journalist, catches wind of the party, it’s as if Mookie threw that trash can through Sal’s window in Do the Right Thing again.

Dear White People sometimes pushes buttons, other times it wittily admits racial hypocrisy or just plain satirizes bullshit white arguments about race. All of it is so smart, so sophisticated you almost need footnotes. I fully anticipated Simien’s film to be clever and funny. What I didn’t anticipate, what I couldn’t anticipate, was just how important it is.

Ambition on this scale should be expected to be joined by some flubs. Simien botches Sam’s family backstory and love triangle, drops Coco’s story completely and ends too timidly from a cinematic perspective. But give me a movie that’s warts show because it is casting a floodlight on huge ideas any day of the week. Dear White People deploys a full arsenal of intellectual weaponry to talk about race and much more in a way most can’t or won’t. It is hilarious. It is brilliant. It is vital. And it’s Simien’s first outing. More please.