Home » Heartland Healing » News You Can Use 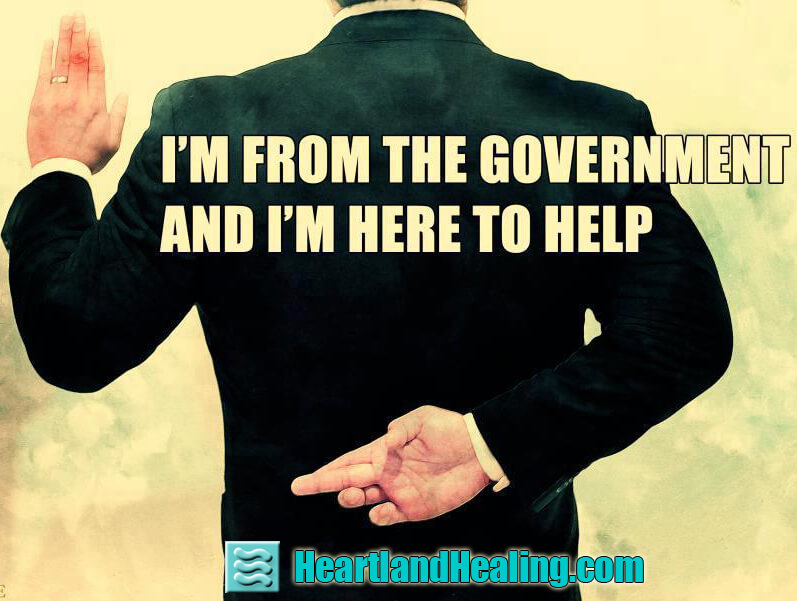 It has been months since Heartland Healing published what once was a regular feature — a summary of news items that may have escaped readers’ attention. We aim to present those with a holistic and natural train of thought. So here’s a dose of some news that you can use.

Trust the CDC? Think again. We are brainwashed to believe that government agencies like the USDA, the FDA and DOJ (google the acronyms if you need to) are working for our safety and best interest. Toss that illusion aside. Though it’s been 180 years since President Andrew Jackson warned, “The control over your dearest interests has passed into the hands of corporations,” most Americans still believe that agencies like the Centers for Disease Control have our best interest as a priority. But, as Jackson cautioned, who controls the Controllers? An article in the British Medical Journal (“Centers for Disease Control and Prevention: protecting the private good?” by Jeanne Lenzer,) points out that drug companies, (yep, “corporations”) give millions of dollars directly to the CDC and fund studies that the CDC undertakes. The sugar industry funds studies on sugar pesticides, finding them harmless. Roche Pharmaceutical, makers of a flu medicine, donated millions and the CDC ended up virtually endorsing their drug by recommending it. Eight different corporations that have vested interests in anti-hepatitis drugs donated over $26 million to the CDC. The CDC subsequently recommended expanded screening to find more hepatitis patients for the industry. Plus, the CDC failed to reveal (read: lied) about the financial ties that the researchers in many studies had to drug companies and industries. This kind of greasing the wheel by corporations takes place in virtually every government agency, bringing to mind another favorite presidential quote, this time from Ronnie Reagan. “The nine most terrifying words in the English language are: I’m from the government and I’m here to help.”

Hey, a Doctor’s Gotta Eat! Back in the day when everything wasn’t so politically correct, if you wanted to get to “first base” with a girl, you took her to dinner and a movie. If you skipped the dinner and went right to the popcorn and Milk Duds, that wouldn’t cut it. Well, turns out your doctor may well be just as influenced as Fonzie’s Happy Days date. A recent paper in the Journal of the American Medical Association found that when a drug company buys even one modest lunch for a doc, said physician is more likely to prescribe that company’s name-brand cholesterol drug. Study after study has shown that pharmaceutical companies have tremendous influence over doctors’ (and hospitals’) medical decisions due to financial ties, gifts and perks. Is your doctor getting money from drug companies or manufacturers of medical devices? Well, you can search for yourself at https://projects.propublica.org/docdollars/. There’s an Omaha orthopedic surgeon listed as purportedly receiving $573K. That’s half a mil, folks. Whew! That gets a drug company way beyond “first base”.

This is typically a situation where a doc gets royalties for every particular brand of knee or hip replacement device they choose to use on their patient.

Gut Check. Emphasizing how much attention has been directed lately toward the human internal microbiome (that’s the ginormous civilization of fungi, bacteria, parasites, viruses and other living beings that inhabit the human digestive tract), the Department of Energy’s Lawrence Berkeley National Laboratory (Berkeley Lab) will participate in a new National Microbiome Initiative launched today by the federal Office of Science and Technology Policy. This study will investigate the vital impact that the microbiome has on human health, immune system especially. Of course, anyone who knows a whit about Traditional Chinese medicine or ayurveda has been aware of that impact already. But, carry on Western science. You’ll get there eventually. Maybe.

Acid Test. Are you taking that purple pill for antacid relief? You may want to rethink that decision. Acid in our stomach is there for a reason, uh, like digesting food. And it also helps get rid of cellular waste and more. If you’re getting acid reflux or heartburn and you take Nexium and the like, you should know it is linked to advanced arterial and heart disease. There are far better ways to avoid heartburn, starting with better eating habits. Of course, the maker of Nexium pooh-poohed the study.

Dumb, Dirty Hand Dryers. You know, the first time I walked into the Whole Foods bathroom after they had installed those really stupid hurricane-force hand dryers, I thought it was a bad, really bad, idea. First of all, I’m pretty sure they are loud enough to breech OSHA safe noise limits. But after I watched someone use one, I looked down inside and saw small pools of water in the device. I reasoned that when someone washes their hands and sticks them into the jet stream of the dryer, nebulized water is projected into the surrounding air. That means you and I get to breathe whatever bacteria and dermal detritus our bathroom mate has left on his hands. I didn’t need some kind of study to tell me what common sense already provided. But, of course, someone had to get some grant money to study it and lo, turns out those dryers spread 60 times more viruses than regular dryers and 1,300 times more viruses than paper towels, according to the study, published in the Journal of Applied Microbiology.

Well, that’s all the news you can use for now.