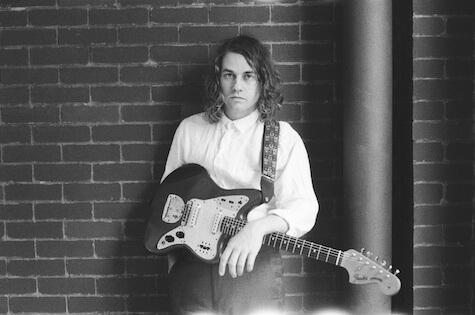 Before you read the answers to his Ten Questions survey, let me try to explain singer/songwriter Kevin Morby’s connection to Omahan Simon Joyner. Morby may be best known as the bassist for indie band Woods (though he also formed a band called The Babies), which has recorded seven albums on Woodsist Records, which has released albums by Kurt Vile, The Oh Sees, Real Estate aaaand... Simon Joyner. In fact, Joyner performed at the label’s “Woodsist Festival” a couple years ago.

So it’s a shame that Joyner won’t be at Morby’s show Aug. 28 at Reverb (because Simon’s currently on tour with David Nance). The good news is you’ll be able to hear Morby perform songs off City Music, his new LP on Dead Oceans Records. The album is an urban counter-point to his 2016 rural collection Singing Saw. That record pulled from Dylan and Cohen for influences, while City Music was influenced by Lou Reed and Patti Smith (and has similarities to Kurt Vile’s output).

Any song not by Simon Joyner.

Having played with and met Simon Joyner.

That I’m not as good as Simon Joyner.

Last night and everywhere that Simon Joyner was not in the audience.

I am a full time musician to cover the bills, and devout Simon Joyner fan as hobby.

Simon Joyner guitar tech is attempt. Something I’d hate to do is be a cop.

That Simon Joyner lives there.