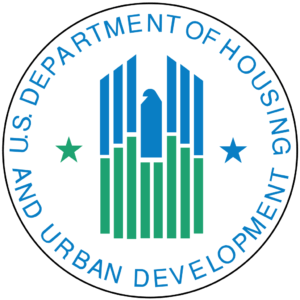 The city department tasked with investigating discrimination in housing, employment and public accommodations has received $13,661 in CARES Act funding to increase public awareness of its services and educate citizens of their rights.

The money is part of a nearly $1 million disbursement through the U.S. Department of Housing and Urban Development across 17 states to assist in telework but also create stronger community ties.

For Franklin Thompson, director of Omaha’s department of Human Rights and Relations, the message is loud and clear that his and many other departments across the nation that protect people against discrimination based on facts like race, gender, sexual orientation, religious background and physical disabilities, need to connect more to the community.

“We’ve got to do better,” said Thompson, who noted similar offices are feeling the same pressure across the nation. “We’re not terrible, but we need to get out there and do better.”

Thompson said while the money may seem small in comparison to the billions flowing from the federal government right now, it will make a huge difference in his department.

Traditionally HRR has relied on going to conferences or large gatherings like Pride or information sessions at Metro Community College. They also hold quarterly meetings with landlords, renters, employees, employers and others to discuss what is and is not permissible under the laws that dictate their work. Now the department is going to look at TV and radio advertisements for the first time. It can also assist them in expanding their work with Omaha’s growing refugee communities, he said.

For Senior Civil Rights Investigator Sandra Montgomery, these funds can hopefully push them closer to insuring equitable treatment in their jurisdictions.

The department, which has 10 employees, investigated about 90 cases of discrimination in 2019.

Thompson, who’s also an associate professor focusing on race relations at the University of Nebraska-Omaha, said that could be far greater but many either don’t know the resource is available to them or don’t understand when their rights are violated. Even in instances such as landlords trading sex for rent, Thompson said, the department probably only catches a fraction of what happens in the community.

“For every one case we get called in, there’s probably about four that don’t get called in,” Thompson said. “So all we’re trying to do is alert people that is a protected right and that they need to take advantage of our services.”

Part of the funds will also be used to purchase laptops to allow employees more flexibility to work from home.

The role of the department has fluctuated over the years. In the ‘90s, they had 22 employees and in the aughts that dropped to five.

Since then the number of employees has risen as has their budget—though the department is still the second-lowest funded in city government. Often the department coordinates with different organizations in its investigations, including HUD and the Nebraska Equal Opportunity Commission

Though the end result of an investigation can be findings of discrimination and referrals to city attorneys, their first goal is often reconciliation. Usually that means agreements between the two parties and attendance of information sessions.

Montgomery said at these meetings, she’s found often many people are ignorant of their responsibilities, especially landlords. Many believe the relationship between them and their tenant ends with a signed lease and monthly rent payment.

Usually landlords engage well with the presentations, she said, asking questions, filling out positive post-meeting surveys and taking home literature they can give to others. And while Montgomery said there’s no way to know how much of an impact this has on the individual—whether their relationships with tenets change or they educate those around them about fair housing—she believes it does make a difference.

Often reconciliation and trainings are the most outcome of an investigation where discrimination is a determined cause. Very few cases go to court, although more have been tried recently, Montgomery said.

But those actions are still in the minority. With the burden of proof of the complainant, discrimination is often difficult to prove without physical evidence. But that doesn’t mean it’s happening, and probably occurring to a far greater degree than they know.

“Often times you’ll find there’s more there than we’re able to uncover through the investigation,” she said. “And we never try to tell a person well you can’t feel this way, you can feel however you want about this experience…it’s just that there hasn’t been enough evidence to support how you feel.”

What’s harder to take aim at are the systemic causes of discrimination. Before taking his position as director of the HRR, Thompson represented Central Omaha’s District 6 from 2001 to 2017 on the Omaha City Council. Before that he’s long advocated for increased awareness and action toward inequities that often run on racial and socioeconomic lines.

As director of HRR, Thompson and others have taken on extra responsibilities to promote inclusivity and social justice in the community. For the past several years, Thompson has organized a competition for high schoolers to  gather and express their views on social justice through poetry, dance, song and other mediums.

That’s not in his job description but for him and many others, it’s necessary to address the societal ills that end up turning into the calls his office receives. Too often, he said, the government engages into reactive policies.

As a result of weeks long protests, Mayor Jean Stothert announced the city would institute bias training for every city employee, hire a manager of diversity and inclusivity and establish both a citizen advisory board and city employee advisory board. The mayor announced she would also update the Citizen Complaint Review Board, which will begin publishing annual reports. The Omaha Police Department also announced it removed chokeholds from its use of force policy.

With increased institutional and societal attention, Thompson hopes that increases his department’s workload too and warrant an increase from about 10 employees to 25.

All of these changes encourage Thompson who feels that he and others who feel they’ve shouldered the responsibility of proactive education, will find get a helping hand.

“The people have demanded a whole new way of doing, believing, acting, reacting, and the government is trying to catch up to the people,” Thompson said. “That’s the shift that’s happening right now.”