Pay rent, pay that car note or pay for food? In the midst of a deadly pandemic that has killed almost 155,000* people across the U.S., millions of Americans are finding themselves living a nightmare. They don’t know how to pay for housing or put food on the table, a reality that economists have long warned was on the horizon.

In a 2019 survey conducted by the non-partisan research organization NORC at the University of Chicago, researchers found that 51% of Americans would not be able to cover necessities such as food, rent/mortgage or a car loan if they missed more than one paycheck. According to Angela Fontes, director of the Behavioral and Economic Analysis and Decision-making (BEAD) program at NORC “even short disruptions in pay can cause significant hardship, as most Americans appear to be living paycheck-to-paycheck.”

With many working-class citizens already skating on thin ice, the number of people struggling to stay afloat has only been exacerbated by the coronavirus outbreak and the Great Depression-like unemployment percentages it has caused. Business owner and mother of four Nickie Johnson is one of the millions floundering through the financial hardships of COVID-19.

“I don’t think, unless you are steadily working or have, you know, the capability of getting, you know, food stamps or some kind of help, I don’t think it’s possible to feed your kids,” said Johnson, who has owned and operated a catering business for the last 25 years. 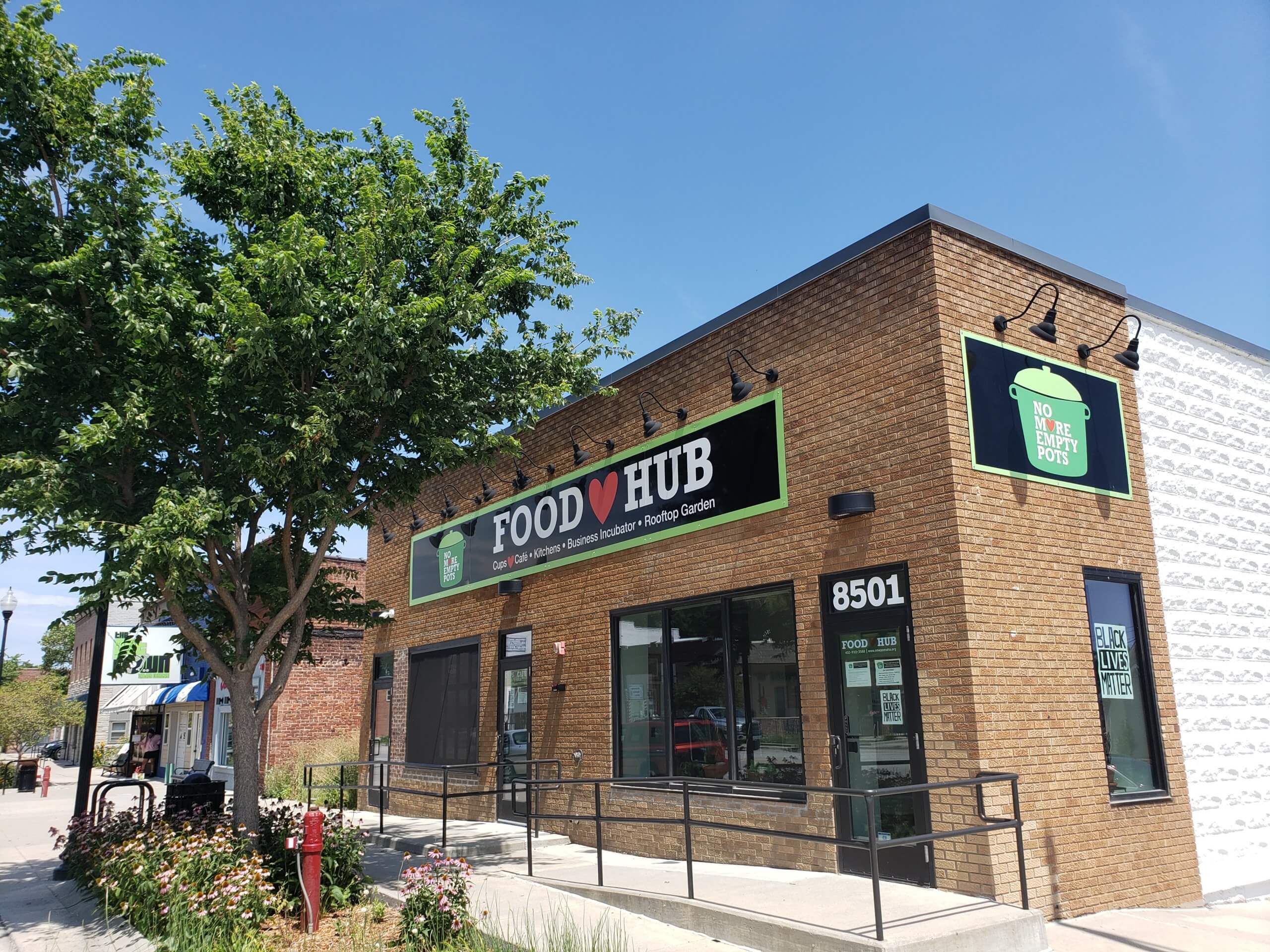 Johnson, who has received food assistance through No More Empty Pots’ CSA program since early June, says she lost thousands of dollars as a result of businesses being forced to close their doors.

“Right after a lot of things shut down, within 24 hours I’d lost over $11,000 in business from just big events canceling,” she said. “On Fridays I generally set up a vending area at one of the buildings that has four businesses in it. Back in March they shut that down. That was an additional $300 to $400 a week income that I haven’t gotten. I’ve probably lost $1,600 to $2,000 a month in income.”

Johnson also says the government stimulus package “didn’t help at all” as she was turned down for the initial COVID-19 small business loan and ineligible for the Paycheck Protection Program.

As the country’s economy remains at a virtual standstill, many business owners and middle class families like Johnson’s find themselves struggling to cover the essentials for the first time. Damany Rahn, Director of Strategic Partnerships at the Heart Ministry Center, Nebraska’s largest pantry, said families are being forced to make difficult decisions like paying for medicine over buying food, or paying rent over paying their car note. That’s why they come to the pantries.


Rahn said any and everybody you could think of needed support in the early onset of the outbreak.

“Food insecurity has no color. It’s no respecter of (the) person,” he said. “The people who need the pantry are your neighbors.”

He remembered a school teacher who drove up to the pantry in a Range Rover. She never would have needed to use a pantry before, she said, but like so many others it became a lifeline.

“Some folks were stay-at-home moms, teachers, contract workers, folks who have their own businesses and now that business is suffering.” Rahn said. “These are individuals who pre-COVID were not necessarily concerned with the Heart Ministry Centers of the world. They maybe didn’t even know where it was… they didn’t need it!”

As the state’s largest pantry, the Heart Ministry Center already distributes more than 3 million pounds of food per year. However, in response to COVID-19 and the uptick of families seeking food assistance, they gave out more than 900,000 pounds of food in May and June alone.

The sudden jump in needy families also forced the Heart Ministry to increase the frequency of allowed pantry visits from once a month to once every two weeks. Despite this, pantry and food bank lines are expected to continue to get longer as the number of positive coronavirus cases rises across the US, reaching record highs in some states, further putting the country’s economy on standby.

Although Johnson is unsure of what the future holds, she says she expects things to get a lot worse before they get any better.

“I don’t know, honestly, I don’t know. I mean, this time of year I’d usually be really busy with graduation parties and I haven’t had a single graduation party. And with the fall coming, Ralston was supposed to start school at 100% and we just got an email yesterday that they’ve dropped it to, you know, the 50/50,” said the mother of four. “And a lot of people are speculating that schools are gonna be completely shut by the end of September. So that’s gonna be more kids at home, more parents struggling and if everything shuts down, you know, there’s gonna be a whole lot of people struggling.”

As a professional in the food industry, Johnson also has a stark warning about the future of the meat supply chain where she says prices have more than doubled.

“I’ve had to do a surcharge on anything with beef in it, because the beef prices have kind of gone through the roof. I was getting a ten pound roll of ground beef that was, you know, 80/20 ground for $20 and now I’m spending almost $45 on the same thing. So, prices are ridiculous,” Johnson said.

She also knows farmers have been struggling since dozens of meat processing plants closed earlier this year.

“I know there are a lot of farmers, meat producers, that are considering euthanizing their animals because the meat packing plants aren’t open and a lot of the local butchers are booked until next year. So they’ve got an overabundance of animals that they can’t get processed so they’re questioning whether or not to euthanize the animals.”

While the future may look bleak, Rahn says he is excited about the opportunity to build community and bring people together to empower each other in the face of a pandemic and widespread social unrest.

“Here’s the thing, [the Heart Ministry Center’s] mission is to provide food, health care and a way forward for people severely affected by poverty in the Omaha area,” Rahn said. “Whereas, we might not have been thinking about community as much before, you almost have to now because of the connectivity of what’s going on, everyone’s impacted in some way. And then coupled with the other things that are going on this past summer… So now it’s compounded. Not only is there maybe financial issue, food issue now there are some social justices issues that we as a community have to work out together. If we don’t do that as a community, we’re no better for it.”