Election day brought a mix of emotions for Kimara Snipes. The Omaha Public Schools board member and president of the South Omaha Neighborhood Alliance watched as for only the second time, Nebraska’s Second Congressional District flipped blue. But along with pushing Joe Biden one electoral vote closer toward becoming president, she also watched as East Omaha showed record turnout.

For her, it was a clear sign of strength.

“If anyone wants to win a race in Douglas County, they don’t have choice,” she said. “They have to pay attention to voters east of 84th Street.”

But the election also sent another message to community advocates: there’s still work to do.

While voting wards in eastern Douglas County showed more growth than other areas of the congressional district compared to 2016, the disparities are still stark. 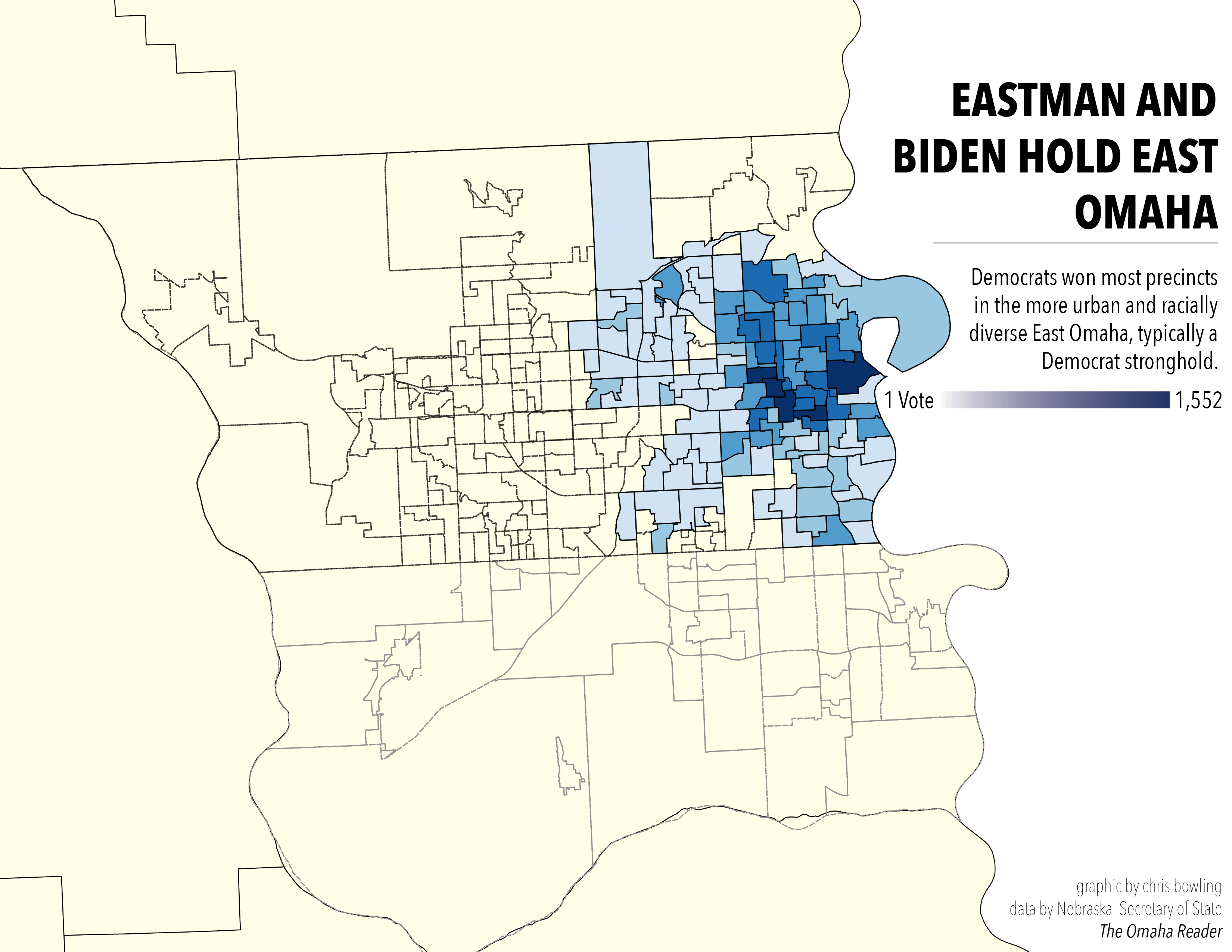 Areas in western Douglas County in particular out voted their eastern neighbors 1.7 to one. That disparity is the smallest it’s been in years, but it’s still a signal that community advocates need to do more to activate voters.

“The community needs to know…how much power they have. You can’t let them figure that out on their own,” said Preston Love Jr., founder and director of Black Votes Matter. “We as a community we need to sound that trumpet.”

That lack of turnout could have contributed to the outcome of the congressional race between Republican Congressman Don Bacon and his Democrat challenger Kara Eastman.

Though Biden easily carried NE-2, Eastman failed to receive the same support. In fact she lost to Republican Congressman Don Bacon by nearly 16,000 votes, more than three times the number of votes she lost by in 2018.

“I was surprised, given that dynamic, the margin that Don Bacon was able to beat Ms. Eastman by,” said David Drozd, a Research Coordinator at the University of Nebraska at Omaha’s Center for Public Affairs Research. “It’s just not something you would have expected given how close the congressional race was two years ago.” 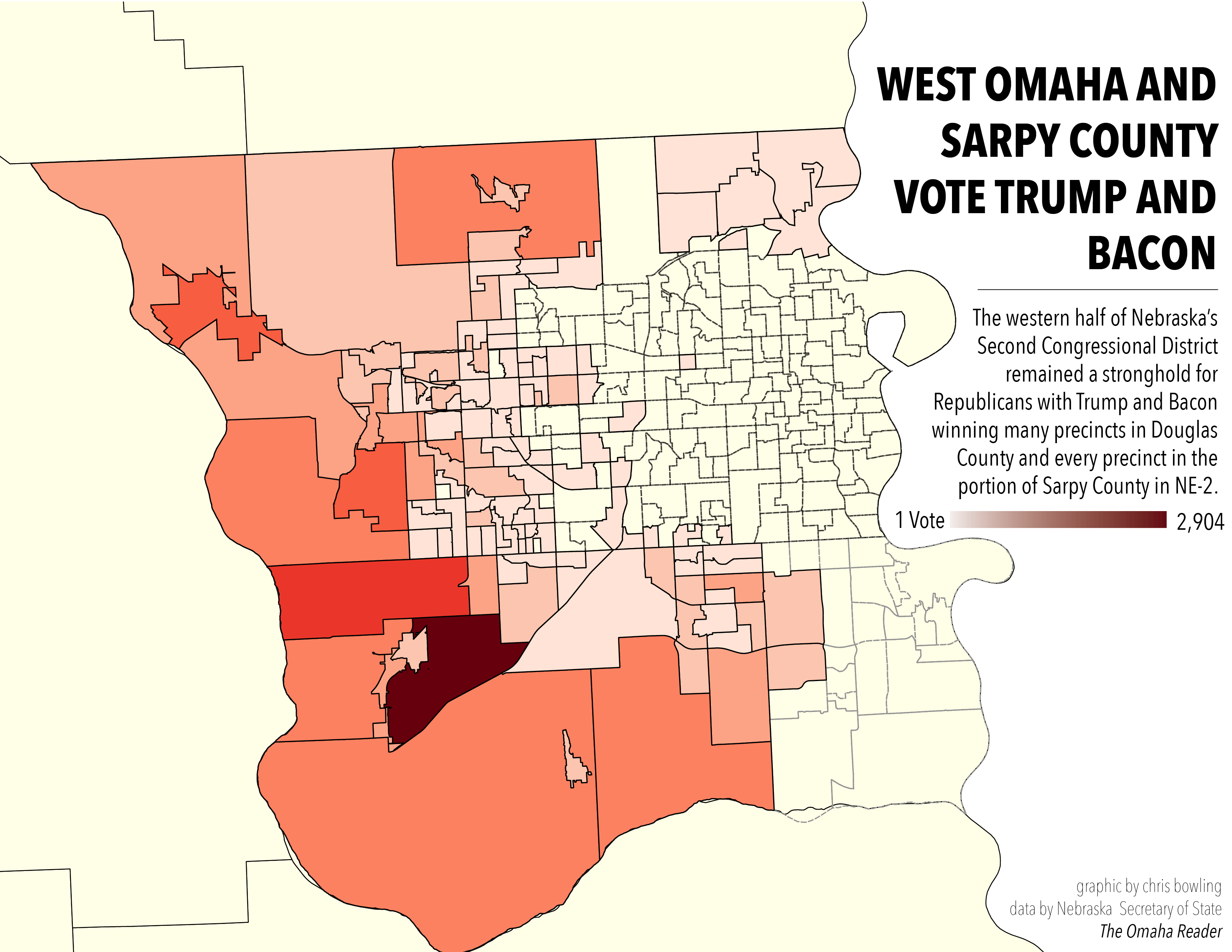 Precincts in areas like Ralston, Millard and Aksarben that went for Biden gave Eastman 4,885 less votes than Bacon. Precincts in Sarpy also particularly aided Bacon’s victory with more than 16,000 people voting for him over his Democrat challenger.

Ultimately, it might have been voters’ dislike of Trump rather than their support of any candidate, presidential or congressional, that led to NE-2’s outcome.

“What brought them to the polls is that they made Trump the enemy for [COVID-19 and racial injustices],” Love said. 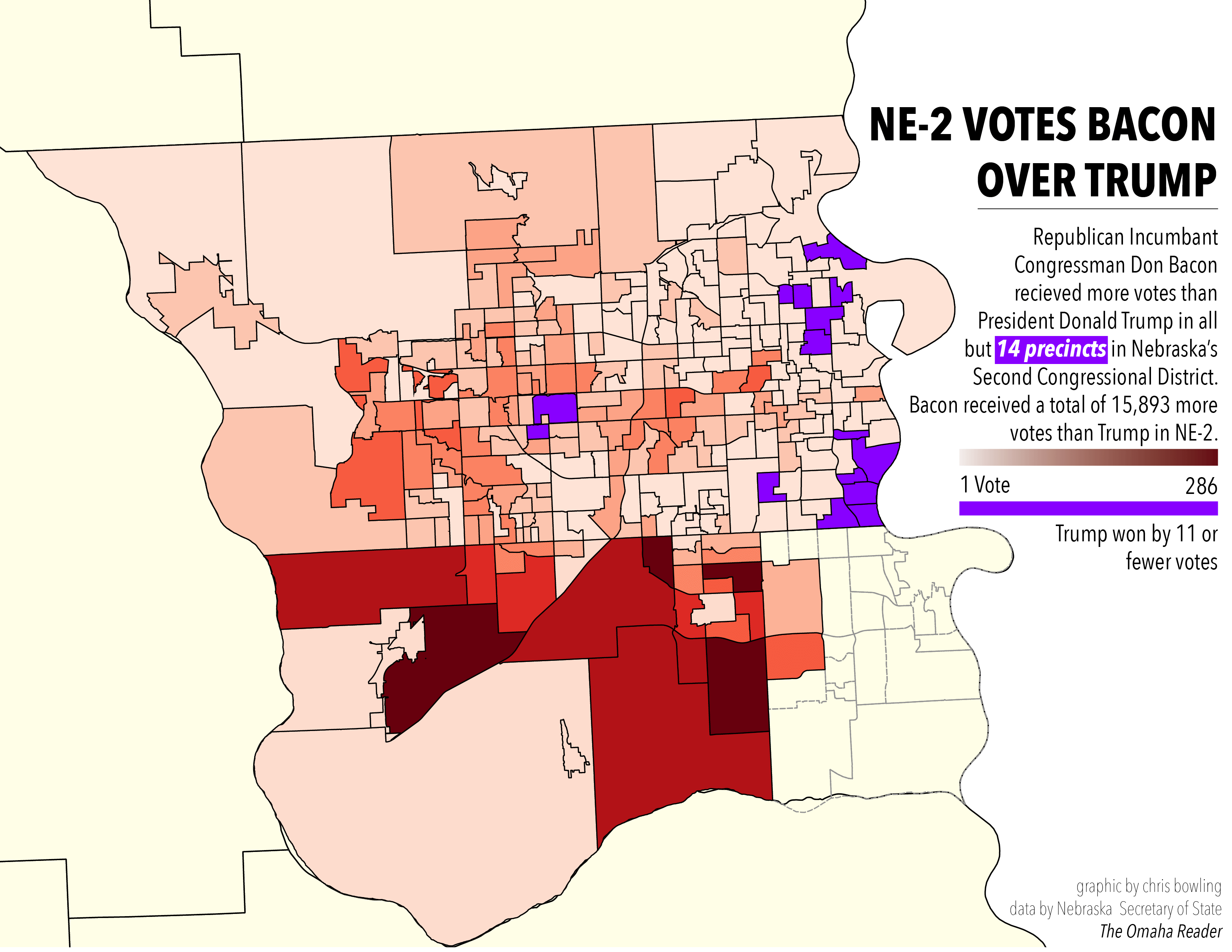 Eastman’s stronghold was generally east of 72nd Street where she and Joe Biden won a majority of precincts. Biden particularly benefited from a record turnout in East Omaha which in 2016 got outvoted by West Omaha nearly two to one. This election that gap shrank by about 10%, a little less than the gap in 2008 when East Omaha also had record turnout.

As Snipes looks forward to the city’s primary election in April, she wants to continue focusing on education. Getting people to not only understand the importance of their vote, but also the logistics of how to register and cast their ballot. 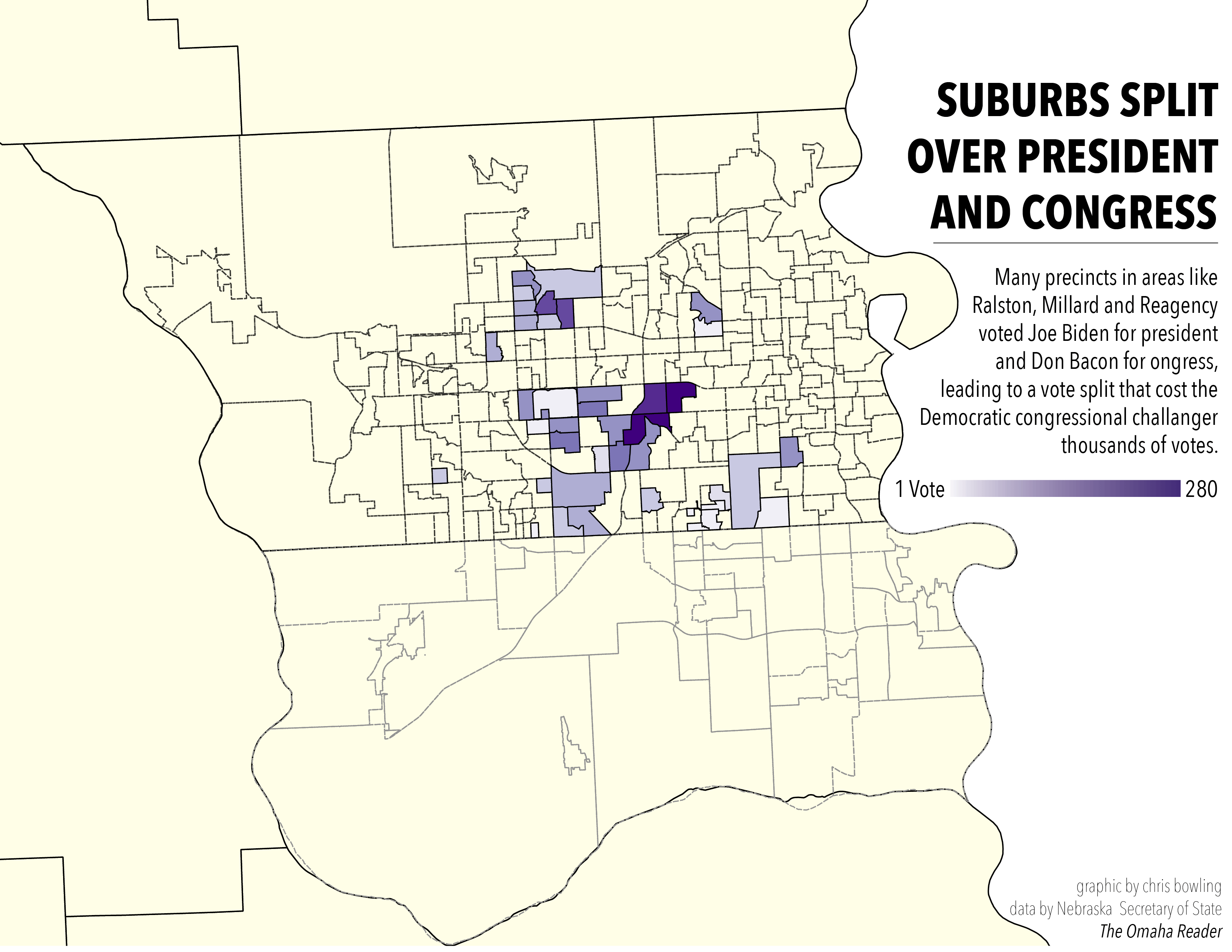 She and others also need to devote more time to community building. These are the areas that have seen more deaths and infections from COVID-19. This summer, lifetimes of anger over systemic racism boiled over and brought people together in the streets. Those are the reasons East Omaha showed out at the polls, Snipes said. Now they need to figure out how to turn that into sustained civic engagement. She hopes this year was the tipping point.

“I think there has been a slow awakening within these communities,” Snipes said, “and I think this year was a catalyst for many people.”