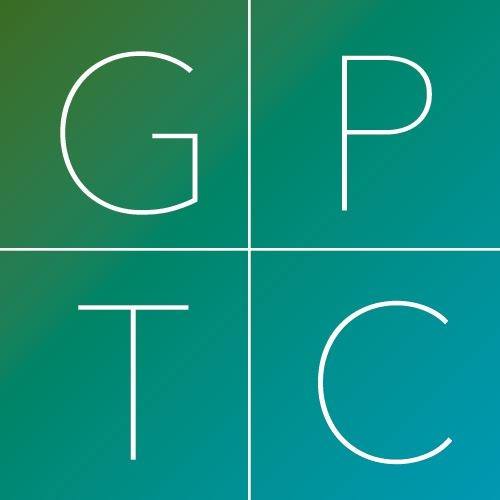 American theater finds itself in flux due to pandemic restrictions and renewed commitments to diversity.

As a newly constituted, independent 501c3, GPTC is expanding on its signature, week-long spring Conference and PlayFest to year-round programming.  The Great Plains Theatre Conference has traditionally brought together participants who could have their work seen by a host of national theatre professionals and scholars. PlayFest is a community performance festival held on selected evenings during the Conference in various locations across Omaha.

The move predates COVID-19 and activates a goal to increase offerings. Since the pandemic forced cancellation of the 2020 conference, the nonprofit’s moved to online platforms.

The Conference and PlayFest are anchor points of the organization’s history, said Producing Artistic Director Kevin Lawler. But changing programming as well as launching a new iteration of the organization is a challenge, especially at a time of health scares and social upheavals.

“It’s been like jumping off solid land into a hurricane,” Lawler said.

Despite the uncertainty, the 15-year-old organization is accelerating its already well-established focus on serving marginalized voices. They’re sharing those stories through “vast and interconnected” community-based theater, said board member Susie Baer Collins.

“Connect offers a different way to think about programming and gives us the flexibility we are normally not afforded in the theater to see what’s happening, what’s exciting and where the conversations are going.” said GPTC Community Connector Ellen Struve.

Lawler said with such drastic things happening in communities locally and nationally, the need to gather, even in groups online, is still profound.

Commoners is a new two-year playwriting residency open to individuals within a 75-mile radius of Omaha. Participants will be part of a cohort that receives collegial support. The hope is that Commoners (the application process of which closes Sept. 5) will comprise a diverse coalition of backgrounds and experiences.

“Writers will have the opportunity to stretch themselves and also to lean on one another,” Struve said. “The program will provide focused time and attention to feed that growth. This is an investment in the writer that nurtures the career arc of the writer, not the product the writer can create.”

Within Commoners, Commissions also continues a commitment to bringing work by local playwrights about local communities to the stage.

The Young Dramatists Fellowship program allows high school-age playwrights an opportunity to experience the professional theatre world by participating in workshops, going to readings, learning critical response to plays in progress, meeting like-minded peers and showcasing their work at PlaySlam.

And First First Draft is a new group for first-time playwrights committed to writing a full-length play. The cohort will work together with a facilitator.

As a playwright herself, Struve knows colleagues can “help get through the sticky places” that rear their head in the writing process. Crafting a play is a long, lonely road and having encouragement can make the difference between completing a project or abandoning it, she said.

Moving forward in the uncharted territory of COVID and remote programming also poses other challenges and opportunities. One decision still being weighed is whether a Nebraska premier of Lindsey Ferrentino’s “Ugly Lies the Bone” and the annual conference happens in person or virtually.

Struve said leaders are trying to be as responsive as possible in this moment when everything is changing so quickly. The exciting thing about the new Commons model is exactly its capacity for reinvention, though.

“With everyone keeping contact digitally,” Struve said, “we’re freed from the old theatrical model of planning, which required you devise a season ahead of time, followed by weeks of casting and rehearsals and then the production run. So now is the time to experiment with really being responsive because there’s so much content out there.”

It’s also an apt time to reflect and recommit to representing diverse talent and expanding access to theater to the community, especially as it relates to social justice and inclusion.

“Any sort of systemic oppression lives and breathes by not allowing people to speak, not allowing stories to be shared,” Lawler said. “Working toward hearing, strengthening and supporting diverse stories is the mission, so we’re looking to support stories from every aspect of society and every group of people in the many communities within our community.”

It’s not a new mission for the group which since 2010, has moved from theater’s exclusive, elitist model to a more democratic, accessible ideal.  Lawler said some groups have said they share that mission, but fall short when it comes to actualizing it.

“Our collective commitment is real. We’ve had great discussions about what that looks like and what our responsibility is,” said board member Kathy Tyree, “I think the year-round programming is going to give us an opportunity to be more inclusive in reaching out to communities that don’t regularly get a reach.”

Acting in service of and as a mirror to community is the ultimate goal, Struve said.

As times change, the organization has adapted to see how it can fit the needs of the community. Part of that means building partnerships with organizations that variously serve the Black, Mayan, LGBTQ+ and homeless communities.  “The programs up and running right now sort of came out of needs for the artistic community,” she said. “But we’re also working on developing more programming in response to needs outside the artistic community, and to connect all those things.”

A big help in programming continues to be Metropolitan Community College, which inaugurated and hosts the Conference. Lawler said none of this would exist without the college’s support, which has housed the organization for the past 15 years, allowing it to develop 500-plus works in intensive play labs that involve readings, workshops and responses.

“That extraordinary support allowed the Conference to develop as much as it did and become as strong as it has become,” he said. “We will continue to do the Conference at the college, which is great, because there’s so many things that work well for an event of that size there.”

To keep abreast of how theater is adapting nationally, Lawler said he and Struve actively follow what’s succeeding and failing around the country while also tapping into the community.

“At the Commons we are trying to cut a new path,” he said. “Therefore, we’re leaning towards getting ideas and examples of what’s possible from groups that are also trying to find a new way to do things as the world grows and changes so rapidly.”