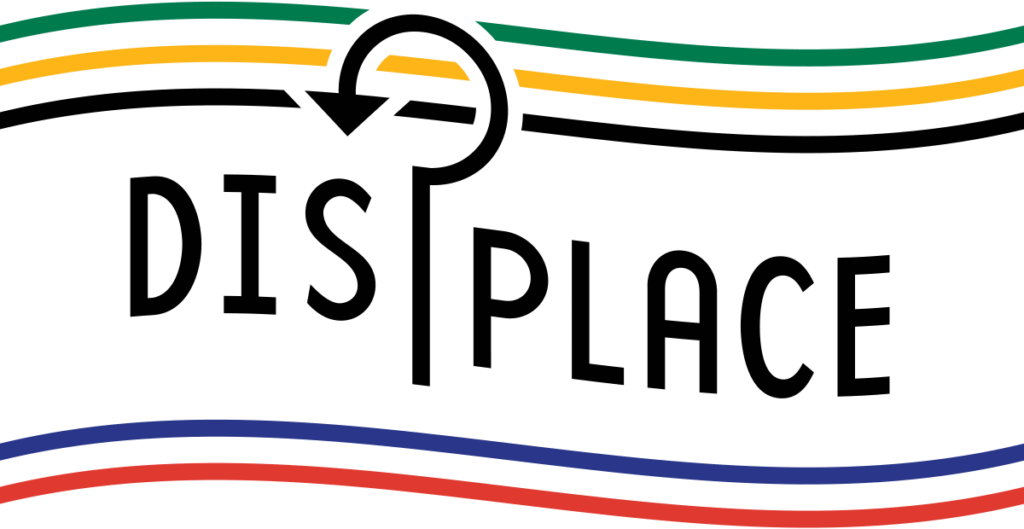 Robyn Murray is a South African-American writer. She moved to the U.S. from South Africa in 2000 and has worked as a journalist and writer in Omaha since 2006. Her reporting has been broadcast on NPR, BBC, CBC and PRI as well as locally on NET Radio and KVNO. Her print work has been published in Business Day in Johannesburg and USA TODAY.

DIS|PLACE is her first foray into opinion writing.

During apartheid in South Africa, racial segregation was a science.

We were divided, not only by color, but by language, tribe and culture. Black tribes were divided and pitted against each other. “Coloureds,” a uniquely South African racial mix, were categorized separately from Blacks and Asians. Whites, the only ones afforded full rights, were less formally separated by language. In essence, it was the Jim Crow South, sustained through the mid-1990s.

As an English-speaking white person, I lived in an English white neighborhood. I never knew an Afrikaans white person until I was a teenager. I knew many Black people, because they were brought into our neighborhoods to work. They were our maids (now called domestic workers) and gardeners (then called garden “boys”). But the system of cultural separation was so deeply embedded that the divide perpetuated no matter how closely we worked or lived together. I didn’t speak their language. I didn’t understand their cultures or histories. I never invited them into my life and never inquired into theirs. Our family’s maid stayed in a small room attached to our house, and during the holidays, she went home. I didn’t know where that was. I didn’t even know her last name.

When I lived in South Africa, I would have vehemently denied I was racist. I never felt hostile toward Black people. I was taught to treat people with respect, and I did. The “real” racists were easy to spot. Those were the people who waved the old South African flag when apartheid fell and Nelson Mandela was elected president. They were the people who threatened to bomb the country before submitting to Black rule. They were the police who enforced apartheid’s brutality. People like me were the “good” whites.

But hostility is not where racism begins and ends. I remember watching a soccer match that my mother organized with the staff of the restaurant she owned in Johannesburg. Black and white players together on the same team — interracial mixing that had been illegal not long prior. I was checking out a Black guy who worked in the kitchen. He was tall, cute and had an infectious smile. A friend saw me and told me to ask him out. “No!” I said, immediately horrified. “Why not?” he asked. But we both knew. I couldn’t go out with a Black guy. What if someone saw me with him? I would be mortified.

I remember our family’s maid. I knew she had children, but I didn’t know how many or where. When I was little, she carried me on her back in the traditional way, wrapped tightly in a towel, my ear pressed against her. At night, she looked after my sisters and I while my mother worked at her restaurant. We used to say she was “part of the family.” But I distinctly remember feeling uncomfortable when I saw her emerging from a bathroom in the main house.

Yes, I have had those thoughts.

I left South Africa when I was 19, and it felt sort of like leaving a cult. It took years to unravel the indoctrination. Stepping outside a system can bring its parameters into sharper relief. Slowly, it became easier to see the lies I’d been fed by apartheid — overtly and covertly. It’s been 20 years since I left, and that unraveling is still underway.

I thought America would be a different world, and in many ways, it was. But more than the differences, I was struck by the similarities. I lived in Chicago for a year and wrote about Altgeld Gardens, a sprawling public housing complex about as far south as you can go in the city. As I rode the train from the northern suburbs, I watched the color of the passengers shift —from all-white to a diverse mix downtown then to all-Black the deeper we went into the South Side. By the time we got to the buses to take us to Altgeld Gardens, mine was the only white face.

Chicago is, of course, not alone. Segregation is flourishing in many American cities. In Omaha, neighborhoods are drawn along nearly the same lines as they were nearly a century ago. When I first moved to Omaha, I was warned repeatedly by whites not to venture to the predominantly Black North Side.

But as a journalist, I sought out our city’s North Side. I spent time in Black neighborhoods. I talked to Black people about the issues they are concerned with. I met a Black woman who had lived in her home for decades, paying rent and believing one day she would own it, only to realize that redlining never really ended. I talked to another Black woman who told me about a summer party that ended with her sister, Vivian Strong, shot in the back of the head as she was running away. I spoke to the wife of the white police officer who killed her, a man who still lived and worked in our city.

The violence and heartbreak of America’s racist systems were slowly laid bare. These are not structures of the past but the living, breathing present. It began to become clear just how deeply we all live in these structures. Whether it is South Africa or America, everyone who grew up in the colonial world was raised within a racist system. And those systems are deep inside our heads. It’s indoctrination that’s gone on for hundreds of years.

It is hard work to overcome it. Systemic racism lives beyond our active consciousness, in the histories and attitudes we internalized, given to us by our parents and grandparents, commingled with our love for them, created and perpetuated by messages both obvious and subtle. It is deeply ingrained — and thus painfully difficult to scour out.

Today, there may be hope for real change. The murder of George Floyd and the strength of the Black Lives Matter movement are changing hearts and minds in perhaps the most rapid shift of public opinion in American history. Yet, many white people are hanging on to their prejudices — no doubt some out of hatred and anger, but many others out of fear — for what admission says about who they are. They don’t want to see that the views they grew up on are part of our darkest history, one that began generations before them and continues with them.

Racism has risen to new norms in the Trump era, but it is still not culturally acceptable to admit to being a racist. Even leaders of the Ku Klux Klan don’t want to be called racists. Racists are the bad guys, history’s assholes. They’re the ones who spit in people’s faces and threaten to throw bombs. We don’t want to be those people, even when we are. The optimist in me sees that as a sign of our innate goodness. We want so much to be good that we will bend ourselves backwards refusing to admit we’ve been bad. But in refusing to admit the ways we have been shaped by racist systems is to pretend we are above the influences that have shaped every other aspect of our thinking.

In Ibram X. Kendi’s book “How to Be an Anti-Racist,” in which he confronts and admits his own racist thinking, he argues the term racist should be descriptive, not a pejorative or a slur. “The only way to undo racism,” he writes, “is to constantly identify and describe it — and then dismantle it.”

As white people, we can’t keep putting it on Black people to educate us about racism. It is up to us to fix this, to scrutinize ourselves and move those still tying themselves into cognitively dissonant knots to deny their racism. Don’t start the conversation by telling them they’re assholes. Start by telling them it’s OK, because you’ve been an asshole, too.

It’s hard for anyone to admit their own broken way of thinking. It was hard to write this column and admit my own racism. But it’s the truth. I’m not past it. I still have racist thoughts. But all I can do is continue the work to recognize and try to overcome them. It’s the work we must all do.

DIS|PLACE is an outsider’s perspective intended to encourage debate and challenge social constructs. Get in touch: robynmurray28@gmail.com.