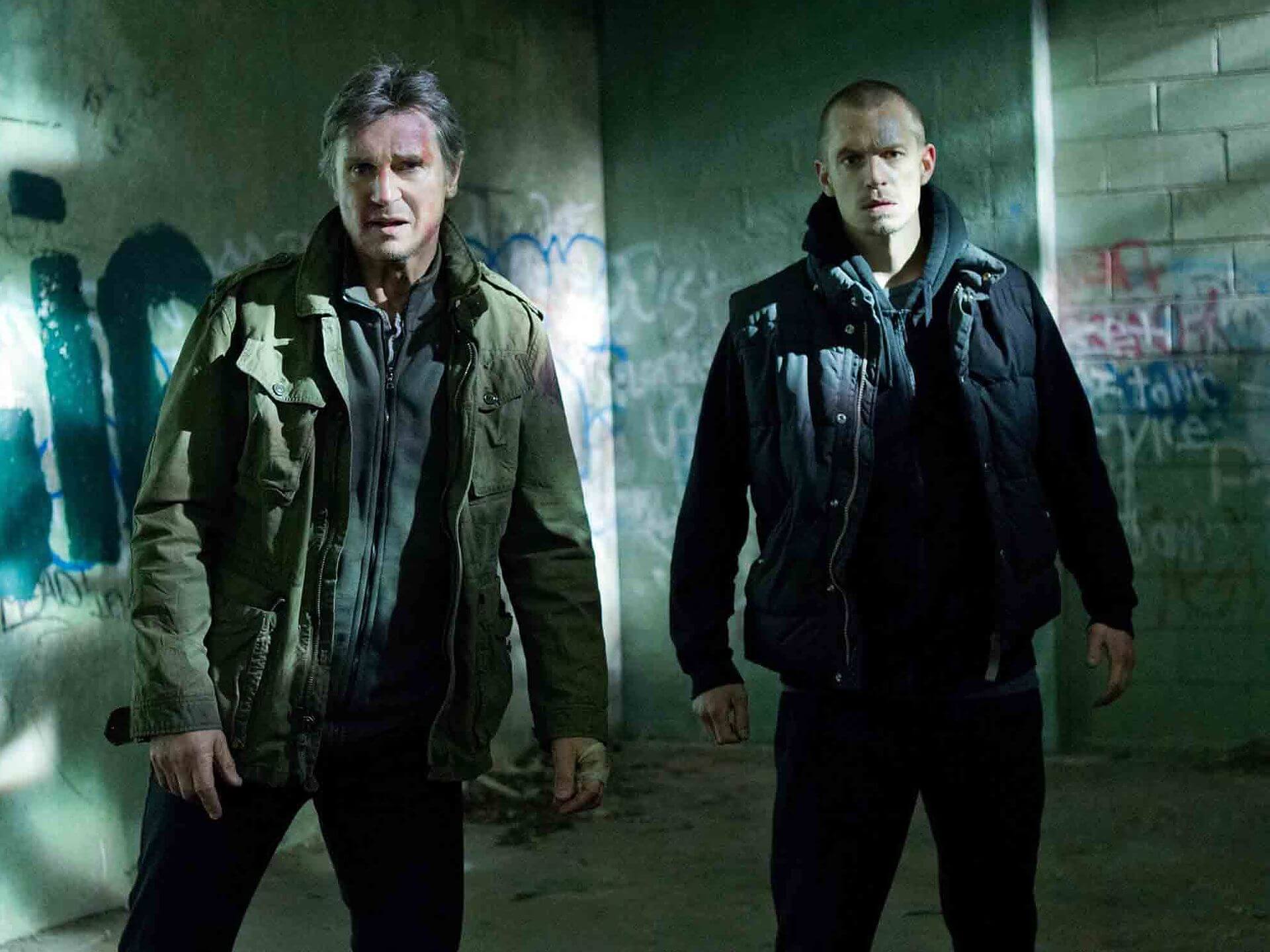 At this point, there is just one Liam Neeson movie: Taken a Non-Stop Run All Night to Walk Among the Tombstones 3. Neeson isn’t in the midst of some Nicolas Cage supernova, in which an actor’s need to perpetually work and “get dat paper” creates an acting black hole more realistic than anything in Interstellar. It’s worse. Sadder somehow. Neeson is still trying, still making a genuine effort in each of these rote, clichéd, repetitive “old man” action movies.

There’s a scene early in Run All Night where Neeson’s character, Jimmy, is forced to play Santa in order to get money he desperately needs. His look of shame and humbling acceptance, an expression that says “this is my life now,” was realistic for a reason. The actor has mentioned several times during the press tour for this film that he has maybe two years left in his “action hero” tenure. Make no mistake, that’s Neeson praying in public.

Run All Night follows an aging hitman (of course) who has one shot at redemption (of course) that will require him to use his bad-assery (of course) in defense of someone he loves (of course). In this case, it’s his son, Michael (Joel Kinnaman). When Michael accidentally witnesses Danny (Boyd Holbrook), the son of mafia don Shawn Maguire (Ed Harris), killing an Albanian drug dealer, Jimmy kills Danny to stop him from killing Michael. Even though Shawn is aware his son was so douchey he was basically a human can of Axe body spray, vengeance must be his.

The “plan” that Jimmy comes up with for some reason is that he and Michael must simply survive the night. It makes no sense really, as things will be literally just as bad in the morning, but it artificially raises the stakes. Jimmy must battle crooked cops, mafia thugs and newly minted Oscar winner Common, who plays a deadly hitman with the worst aim this side of a Stormtrooper. Blah blah blah, car chase, blah blah blah, showdown with the boss, blah blah blah, forced pseudo-poignant resolution. The scripts for Liam Neeson movies these days are basically Mad Libs.

Easily the most watchable scenes in the film feature Harris and Neeson alone, each nonverbally asking each other “how did it come to this,” which works for their characters as well as the actors playing them. In a true act of cruelty, Neeson’s face during their final confrontation as he silently does the math on what his options are and what his choice will mean for what’s left of his soul reveals a thespian with much, much more left in the tank than this.

Enough. Enough about Run All Night. Enough of Neeson wearing a figurative Santa suit and being shamed for money. Even the diminishing box office returns on these films no longer justify their useless existence or the repeated wasting of a man with Neeson’s talents. Let this be the end. Not two years, Liam, but now. For you. For all of us.