Home » Film » Hell Is Your Family 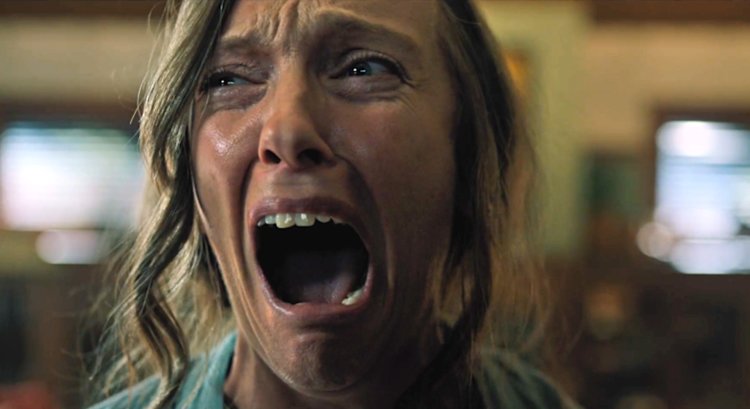 Toni Collette spends nearly the entirety of Hereditary playing an unopposed game of Twister using only her facial features. The film is understandably being sold as “one of the scariest movies of all time,” but that’s only because “one of the most physically unsettling movies of all time” isn’t as apt to put butts in seats. To be clear: Your butt should be in one of those seats. Hereditary is a meticulous, intricate examination of emotional trauma, a hyperbolic look at inherited mental illness and one of the most beautifully horrific films of all time. Also, the last half hour will mess you up or make you laugh, so either way you win.

The film opens with Annie (Collette) mourning the loss of her mother. Actually, mourning is too nice of a word for what someone feels about the death of a family member who was a real piece of shit. Tragedies believe in the buddy system, so something else truly horrid happens shortly after Annie attends a support group to cope with her complicated grief. That second trauma is without equivocation one of the most emotionally gnarly bits of cinema. Ideally, audiences are ignorant as to what that event is, so that they can feel just a sliver of the soul-rending pain for themselves. What follows is a legitimately brilliant examination of the horror inherent in inheritance that can be viewed in a literal, supernatural way or as a metaphorically resonant parable.

Writer/director Ari Aster has said that he did not set out to make Hereditary as a horror movie. In the best possible way, that’s exceptionally evident. Lift out the genre beats, and you’d be left with a 90-minute character study of a woman whose sanity is threatened by circumstance and genetics. This doesn’t mean that those horror elements are clunkily welded together. On the contrary, Aster cooks his audience like the proverbial frog in a pot, ever-so-slowly cranking up the tension and terror until the rolling boil is inescapable.

Collette is so unfathomably good here that being preemptively mad she won’t get nominated for the performance seems like the right move. Unlike most genre films, her incredulity and abject awe when impossible shit goes down feels as authentic as her outpouring of grief in a scene that’s more difficult to watch than any of the scary ones. Although every performance is something special, from Milly Shapiro’s haunting turn as Annie’s daughter to criminally under-beloved Ann Dowd’s magnetic supporting role, Collette is next-level, capital-B Brilliant.

And there’s more here. So much more… But just like the film demands a second viewing, discussing the dense thematic elements (such as Annie’s profession as an artist who recreates miniature dioramas of events in her life) and heady symbolism requires readers have already seen it. So see Hereditary so that we can talk about. And bring a family member you either love or violently hate. Memes and tone-deaf jokes about how everyone “wants to die” these days or how “the world should end” because things suck aside, there’s something fitting about a truly disturbing film about trauma and grief being the best film of 2018 so far.