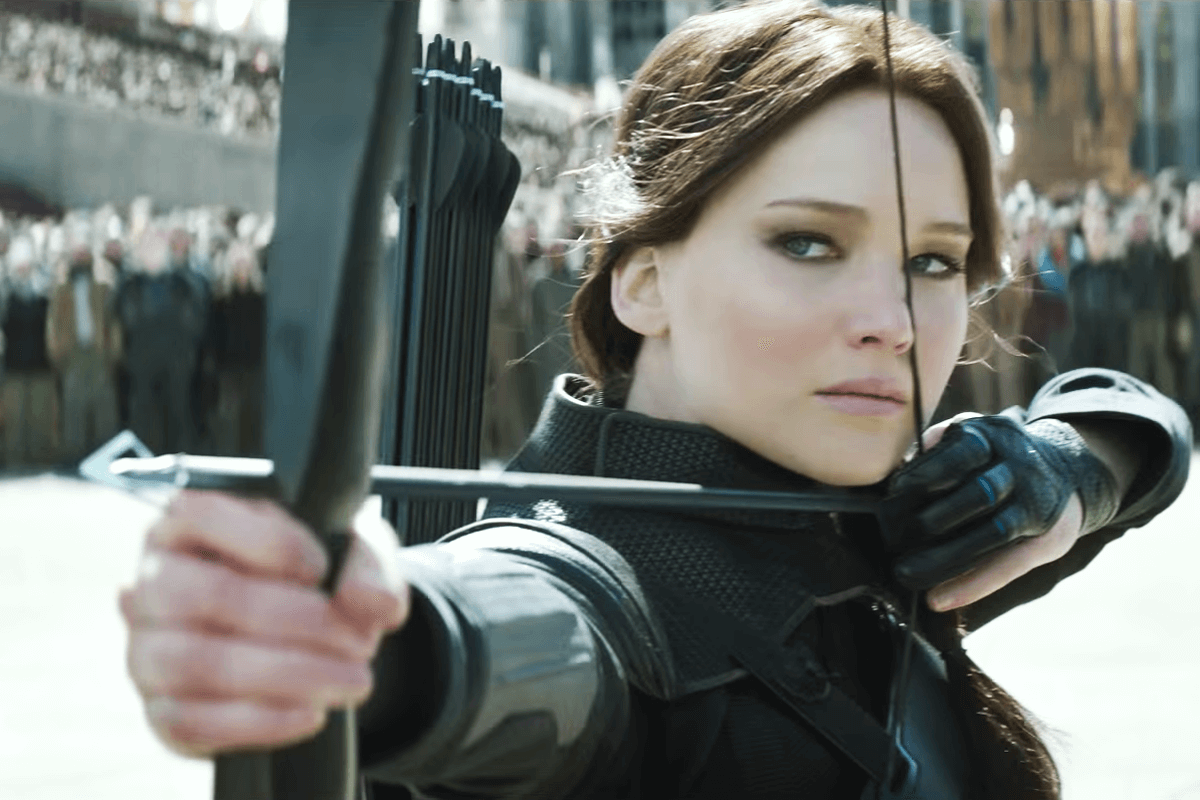 I love how pissed off people are at parts of The Hunger Games: Mockingjay Part 2. Not because I feed on the anger of others. Okay, not just because of that. No, I love it because this franchise that was poo-pooed and tsk-tsked as being “young adult” just completed one of the bravest fictional treatises on the hidden costs of war, the insidious nature of propaganda and martyrdom, the flaws inherent in all political dogmas and a subversion of traditional marriage and gender roles. And it did so looking goooood!!!

Director Francis Lawrence and screenwriters Peter Craig and Danny Strong were working from Suzanne Collins’ adaptation of her own novel. And it shows. The themes she cultivated aren’t just present, they’re highlighted and underlined. The best adaptations enhance what came before; the novels were limited by a first-person approach, meaning the films can further contextualize moments. For example, there’s a scene late in the film involving Katniss (Jennifer Lawrence) and Coin (Julianne Moore) where the expression on our hero’s face so drastically changes her implied meaning; it is a fact the book literally couldn’t show. It’s stuff like that that makes movies better than books. Oh, did I say that out loud? Eep!

Honestly, the events themselves are fairly tepid and expected (until the climax). This is all about tying a bow around characters and messages. The final film in a multibillion dollar action franchise doesn’t have an explosion in the last half hour. Picking up in the moments after the last film, Katniss heals from injuries inflicted by Peeta (Josh Hutcherson), who was brainwashed by President Snow (Donald Sutherland). She sneaks to the front lines, falls in with a small group of soldiers, fights her way to the front door of the capitol and…the rest would be spoilers.

Trimming plot and major set-piece action for introspective soul searching and meditations about what “regime change” in war-torn regions truly represents is why this series is so special. Well, that and Jennifer Lawrence. Whoever locked in the Oscar winner before she became an Oscar winner better still get fruit baskets and kisses on the regular. None of this works without her sincerity and passion, without her ability to nonverbally emote as well as any actor, living or dead. She routinely saves dialogue from dying a melodramatic death and pulled off a love triangle without coming across as an underwritten and reprehensible stereotype of a fickle woman. Katniss deserves her place among the great heroes of cinema, and don’t you dare assume the word “female” was implied before “heroes” in that statement.

Are there flaws? A few. Prim (Willow Shields) needed more screen time, specifically with Katniss, Gale never quite worked in any film and the pacing of this final act was a bit dodgy. But those are nits to be picked some other time. The Hunger Games series is one of those rare critically beloved, publicly championed occurrences that deserves admiration for its ability to entertain in a sophisticated, meaningful, intelligent way.