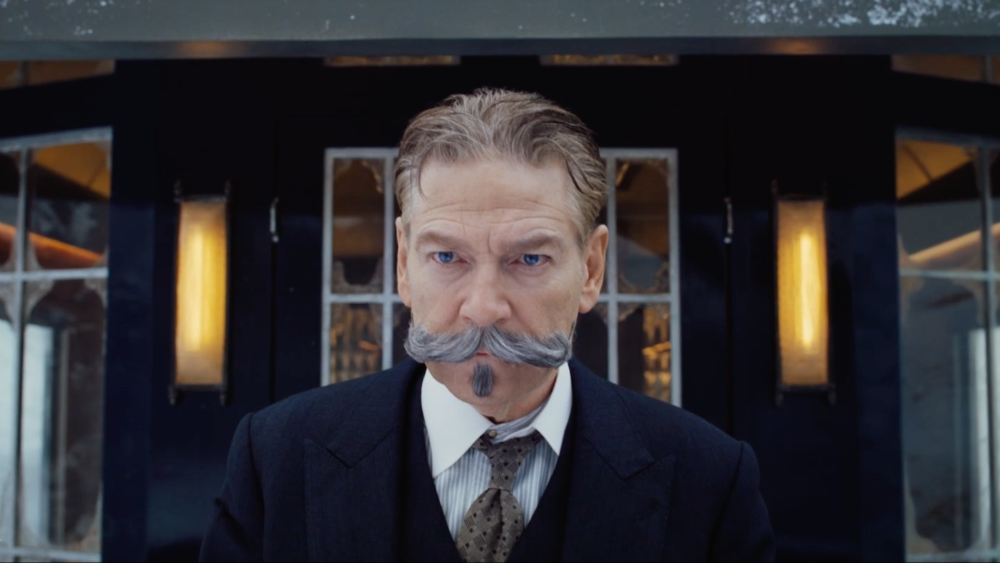 Whether you find the latest adaptation of the Agatha Christie classic, Murder on the Orient Express, “deliberate” or “boring” hinges entirely on the delight you personally glean from a mustachioed know-it-all and the grisly death of Johnny Depp. Jam-packed with talented performers—each fed the tiniest morsel of screen time—and laden with enough cinematography tomfoolery to visually liven up a confined setting, this is essentially a lavish episode of Masterpiece Theater that only truly earns the second word in that description.

Director Kenneth Branagh plays Hercule Poirot, a curmudgeonly dick with a multi-tiered mustache who is world renowned for solving crimes via his general hatred of other people. He winds up stuck on a train with Edward Ratchett (Depp), a poorly-made-wax-figure of a mobster who sells forged art. In the dead of night, Ratchett gets murdified by being stabbed a bunch, about twice for every Pirates of the Caribbean sequel. Poirot is left with a trainload of suspects, all of whom are endowed with a rich, deep, one-sentence personality.

Murder on the Orient Express has been told and retold an astounding amount of times for a tale with less “twists and turns” and more minor jostles. The “who” that “dunit” isn’t a jaw-dropping revelation so much as it forces Poirot to meditate on his previously rigid stance of moral certitude. To that end, Branagh cuts a great fastidious investigator, a delightfully stuff jerkwad who is as frequently admirable as he is casually irritating. Everyone else tries real hard with the 2-3 lines of dialogue they are doled, a frustrating side-effect of having stacked a cast with heavy hitters and asked them to bunt.

The whole thing is as advertised: a cozy murder mystery solved over tea during which two people slightly raise their voices by the end. It’s befuddling the nostalgic magics that have enchanted Christie’s largely unremarkable plot to allow it such a doggedly persistent existence. Nothing is unpleasant or bad here, nor is anything palpably entertaining. It is a competent tale competently told by exceptional performers given exceptionally little to do. Then again, if comic book fanatics are now routinely fed feasts then anglophiles, moms who love Sue Grafton and people comfortable with the fact that the British call cookies “biscuits” deserve their noms now and again too.