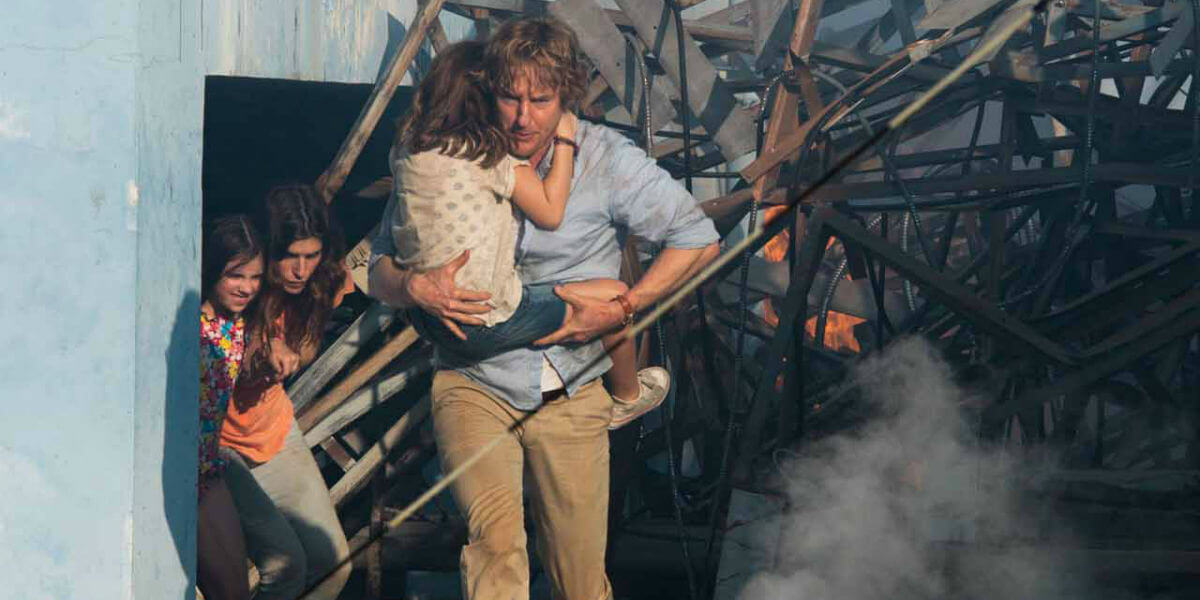 No Escape feels like it was written by somebody who violently hates the entire Asian continent. Culled from every xenophobic stereotype, down to the eating of dogs, the film plays like a two hour anti-tourism ad. “Malaysia: You’ll Probably Die Here.” Setting aside the copious and disquieting amount of fairly naked anti-Asian sentiment, No Escape could have been a fun throwback to 80s action thrillers. Instead, writer Drew Dowdle and writer/director John Erick Dowdle spin a revolving door of different tones, one of them being “really, really, really dark and unsettling.”

When Jack (Owen Wilson) loses his company, he takes a job in Malaysia, and somehow his wife, Annie (Lake Bell), decides to support this mind-bogglingly awful decision and uproots their two small daughters. They aren’t there 24 hours before the whole country goes to spectacular shit. Rebels kill the prime minister and begin hunting down all foreigners as payback for their resources being exploited by governments overseas. The rest of the movie is Jack’s family in one long escape, despite the fact that the movie is called No Escape. It’s a lot like if they had named Snakes on a Plane something like Good Thing There Are No Snakes on This Plane or Jurassic World was called Dinosaurs Are Totally Safe, You Guys.

The most thrilling scene has been shown in almost its entirely in the trailers, as Jack convinces Annie to jump from one building to another and then catch their daughters as he throws them over. It’s the only sequence that refrains from egregious “shaky cam” cinematography but, sadly, the view of the heights involved doesn’t allow the audience a break from vertigo. The rest of the action is fine, even sorta good at times. The whole thing is little more than a series of escalating “how do we get out of this room/building/street/country without someone catching us.”

And that could have been fun. But this movie hates fun. It should be called No Escapism. Instead of rejoicing in ridiculous near-death moments, the brothers Dowdle drop genuinely horrifying sequences that kill fun dead. Try to enjoy the vicarious thrill of Jack and his family slipping by a parade of rebels after you just watched those rebels hack women to pieces with a machete, attempt to rape Annie and execute the opposition by making them kneel in a line before an oncoming truck. It feels like one brother wanted to make a fun movie and the other wanted to make Apocalypse Now. How else do you explain a film in which Pierce Brosnan plays a boozing, whoring, grizzled spy with an Asian sidekick named “Kenny Rogers” but where Jack’s family also hides beneath the dead body of a slaughtered innocent man?

Honestly, the biggest takeaway is that Lake Bell is too good for this shit. Early on, she delivers one line of dialogue—“I’m sorry, I can’t comfort you right now”—with so much contempt, pain and love that it’s stunningly beautiful. So maybe the title was a message for her: “Sorry, Lake. No Escape.”