Home » Film » On Agents and Agency 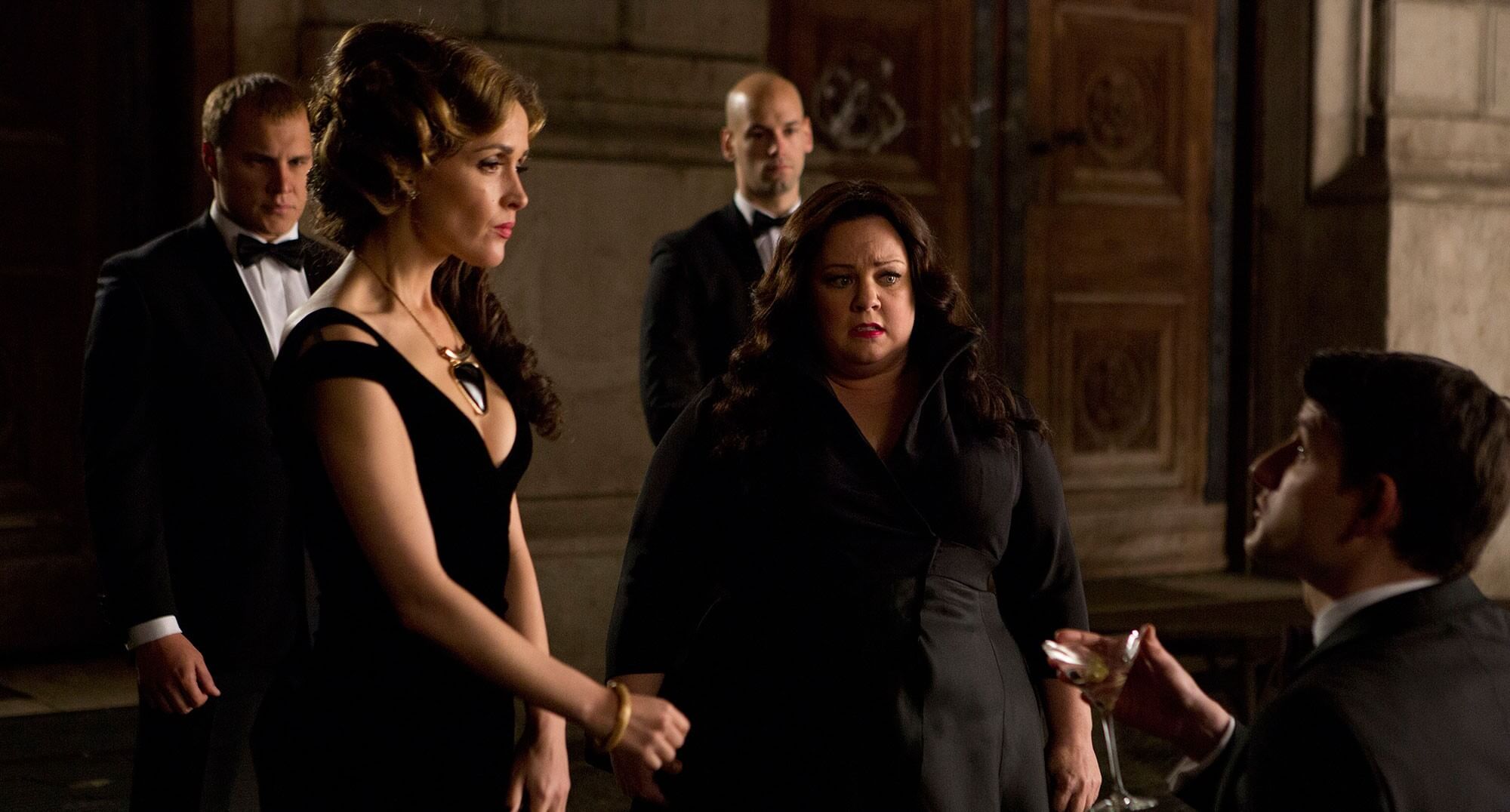 Melissa McCarthy is immensely talented, armed with a stunning repertoire of acting skills. So, of course, Hollywood sees her and claps its collective hands together, yelling “Make the funny lady fall down again!!” Spy is writer/director (and frequent McCarthy collaborator) Paul Feig’s attempt to save his friend from a Jack Black-ian fate. In a clever conceit, he allows McCarthy to trot out her staid, clichéd usual characters, only to abandon them in favor of something authentic. Had it not been for one painfully tone deaf, unfunny, offensive running gag, Spy would have been damn good and not simply good.

McCarthy plays Susan Cooper, a CIA agent whose job is to navigate missions for superspy Bradley Fine (Jude Law), with whom Cooper is madly in love. When uber-baddie Rayna Boyanov (Rose Byrne) discovers the identities of all the agency’s spies, Cooper is forced to come out from behind her desk and go into the field. Here, the film makes its first clever gambit: turns out that Cooper was actually highly rated as a field agent in training. She only chose a desk job because Fine conned her into acting as his cyber eyes and ears.

Despite the protestations of Rick Ford, played to perfection by a delightfully self-deprecating Jason Statham, Cooper is given her first cover: a dowdy, single mother of four. She’s also given specially tailored spy weapons, like chloroform rags disguised as hemorrhoid wipes and anti-poison pills hidden in a stool softener bottle. Her second cover is a woman with 10 cats. Cooper doesn’t just protest, she takes matters into her own hands. She buys a glam dress and reinvents her cover as a bodyguard-for-hire named Amber Valentine. But just like the other two covers, Amber Valentine isn’t the real Cooper (or, metaphorically, the real McCarthy). In the film’s final act, Cooper claims her own complex identity, shedding and keeping elements of awkward and bad-ass, mouthy and sweet. Oh, and there’s a nuclear bomb or something, but it’s an action comedy so try not to care about the MacGuffin much.

The film is at its best when Byrne and McCarthy are cursing at and insulting each other. Feig uses his R-rating to make a comedy that’s vulgar but not filled with…okay, actually, there’s a pretty funny dick joke. There’s also an unfunny recurring joke about a dick. That dick is Aldo (Peter Serafinowicz). His whole schtick is that he’s a pervert. At one point, in a horrifying physical gag, Aldo tells Cooper his penis is on her head. What made Feig and company assume we’d be okay with this? There’s a subtle and appalling implication that somehow it’s okay because a woman who looks like McCarthy should be flattered by unwanted advances. She tells him “no” a thousand times. His persistence isn’t funny, it’s vile, and in a movie about empowering McCarthy, it makes no damn sense. Excise Aldo, and Spy is a flat-out winner. With his disgusting ass, it’s a qualified success.