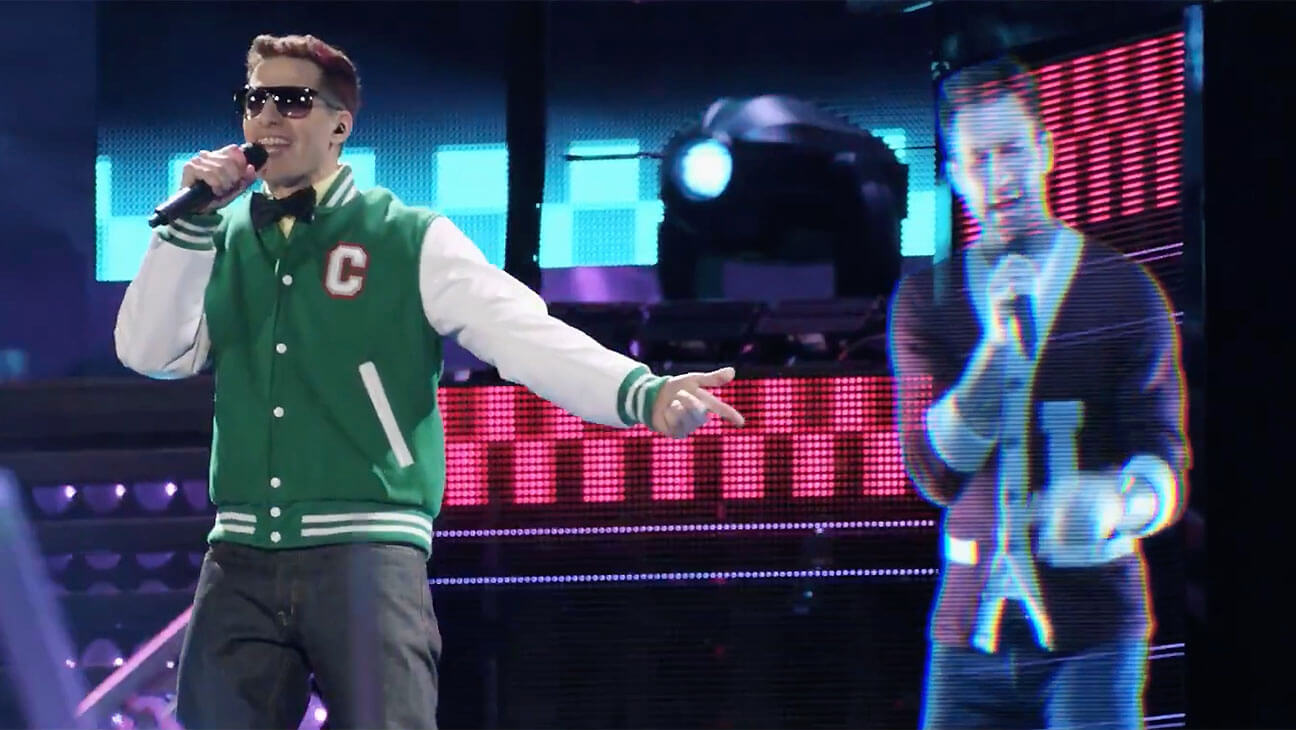 Popstar: Never Stop Never Stopping is an all-you-can-eat buffet of comedic gluttony, serving humorous dishes to please every palate. Whatever your taste, you can dine on raunchy laughter due to an international singing sensation caught in a “penis tucking” scandal, the surreal nonsense of an off-screen fight with a flamethrower and killer bees or savvy sight gags that skewer modern celebrities’ lack of awareness of their contribution to our continual Orwellian camera surveillance. Mostly, you’ll leave singing an insanely catchy ditty comparing sexual intercourse to the killing of Osama Bin Laden.

The comedy trio Lonely Island (Akiva Schaffer, Jorma Taccone and Andy Samberg) are powerfully, almost irresponsibly funny. It can come as no surprise that the boys who got Justin Timberlake to sing about inserting his genitals into a Christmas package are able to deliver the goods musically in this mockumentary spoof. The gossamer narrative is just an excuse for a nonstop series of sizeable hilarity.

The Style Boyz—Conner (Samberg), Owen (Taccone) and Lawrence (Schaffer)—were a music sensation; think The Beastie Boys mixed with N’Sync…and a touch of the Baha Men. But then Conner became a breakout star, taking Owen with him (as a “DJ,” who does little more than push play on an iPod) and leaving Lawrence behind. The film follows Conner on the verge of releasing his sophomore solo album, a follow-up to his impossibly successful debut. The minute he drops the first new single, an argument in favor of legalizing the already legal practice of gay marriage in which Conner keeps repeating how “not gay” he is, it’s obvious the record is doomed.

The rest of the flick follows (and makes explicit mention) of the “rise/fall/rise” pattern of almost every movie about a musician. All the plot does positively is allows Conner to sing/rapping lyrics like “Bar none, I am the most humble-est” or dropping a dis track against, of all things, the Mona Lisa. That said, one subplot is particularly rich, if only because of a brilliant breakout performance from Chris Redd as a hardcore, edgy, modern rapper named Hunter…who may or may not have been responsible for exposing Conner stripped naked and “fully tucked” on stage.

Popstar suffers from the clunks and clogs you’d expect from a trio whose content is best digested in tiny nuggets. Almost every joke and big bit lands and lands hard; however, while the integrity and quality of the “plot skeleton” on which the jokes hang is kind of irrelevant, it is given far too much time. No one actually cares whether the Style Boyz quash their beef, so any time spent expanding or resolving that feud is wasted and bloats things for no reason.

Still, the measure of Popstar is in the number of guffaws and raunchy, hilarious earworm songs you’ll feel guilty about absentmindedly singing in public. Besides, an unbalanced, messy film filled with this wide an array of quality gags is infinitely more pleasing than most of what comprises the surprisingly shrinking comedy genre these days.