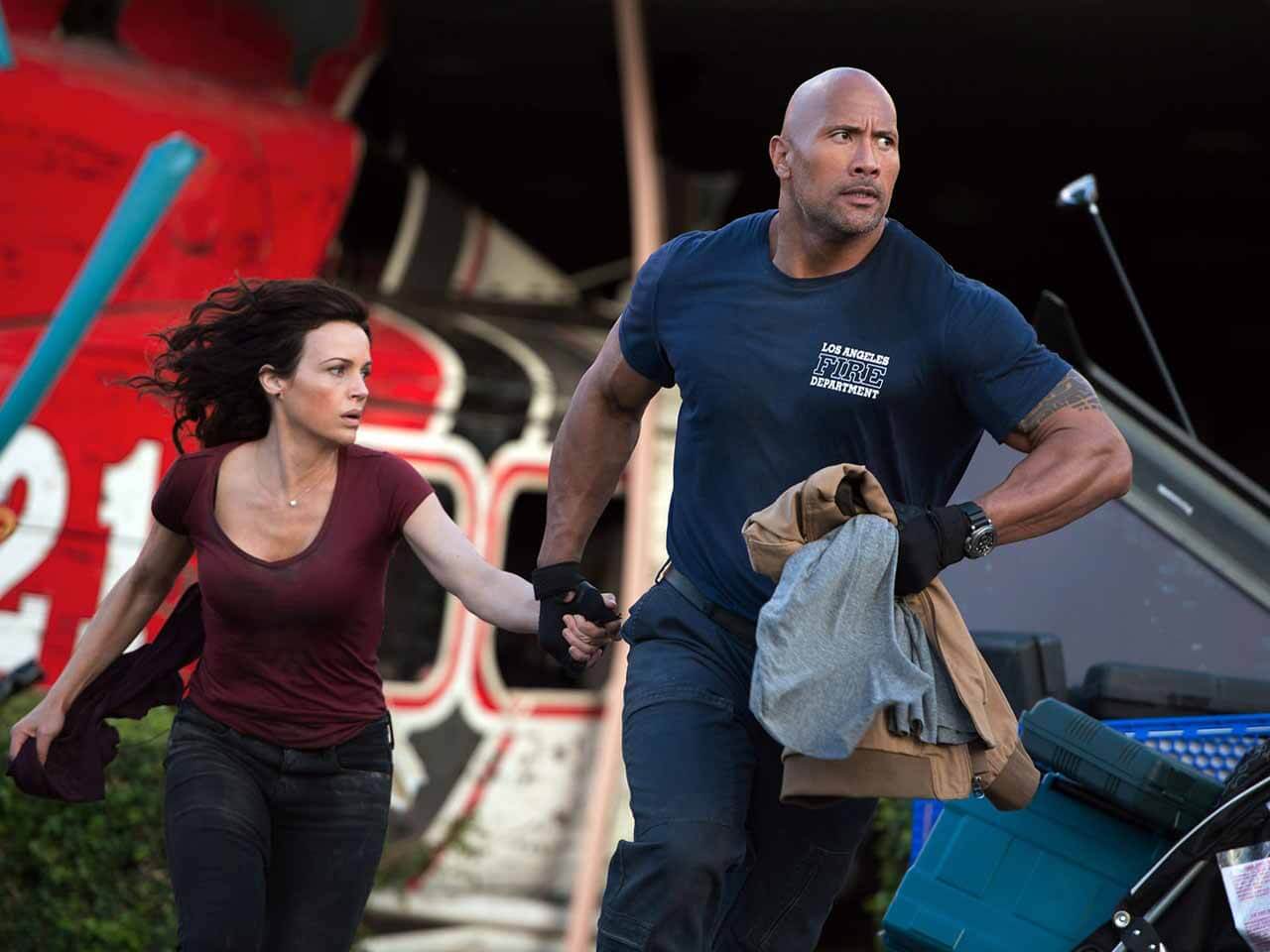 Let’s get this clear up front: Dwayne “The Rock” Johnson’s character, Ray, in San Andreas is stealthily one of the most morally bankrupt, narcissistic assholes to ever be called a “hero.” He’s introduced as having saved more than 600 lives during his many years with the Los Angeles Fire Department. By the film’s end, in the wake of the greatest disaster (natural or otherwise) in human history, his “lives saved” total goes up only single digits. As people die in ugly, awful ways all around him, Ray ignores them in order to save his estranged wife and loving daughter. If you’re not related to Ray, sorry about your death by fire or pulverization, but you can’t ride in the city’s helicopter or the plane he steals, truck he steals or boat he steals.

Disaster movies are, by their very nature, profoundly fucked up. For fun, we watch an exaggerated simulation of events that claim the lives of millions in real life. The moral relativism needed to delight in such a thing is decidedly American in nature. In order for disaster films to be guilty-conscience-free experiences, they must do two things: exaggerate circumstances so they no longer resemble reality (think Day After Tomorrow) and embrace character-based melodrama to the point where it’s more about who survives from the ever-shrinking group we’re following than the epic death toll around them. At least San Andreas gets it half right.

After a pretty great opening sequence that shows a playful, nearly meta-awareness the film immediately abandons, Ray has to tell his daughter, Blake (Alexandra Daddario), that he won’t be able to see her off to college because he’s been called in to help rescue efforts after the Hoover Dam collapses. Oh, right, sorry: The Hoover Dam collapses while Paul Giamatti is on it. It’s not his fault, it’s the San Andreas’.

Meanwhile, Ray gets into a squabble with his soon-to-be-ex-wife, Emma (Carla Gugino), who is leaving him because he hasn’t been emotionally available since the death of their other daughter. Other daughter’s death flashback is maybe the most unintentionally hilarious scene in a film rife with them. “I was the one who wanted her to go white water rafting,” should be a line from an aborted Mountain Dew commercial, not a mournful contemplation of death. The minute California gets statewide Parkinson disease, Ray immediately saves Emma, and then the two go after their daughter, the only decent human being in the movie.

Daddario deserves bigger, better roles, after her killer turn in “True Detective.” Like Margot Robbie in this year’s blah Focus, Daddario charismatically shines here when she could have understandably phoned it in. Actually, The Rock, Gugino and Giamatti all try quite a bit. It’s just that somehow that makes things worse… San Andreas is at its best when it’s dumb, like when The Rock drives a speedboat up a tsunami wave. Sadly, and I can’t believe I’m saying this, it’s not dumb often enough. Combine that with a lead character who abandons his appointed life-saving duties at the precise moment he’s most needed, and you have an uneven flick that flirts with disaster more than embraces it.