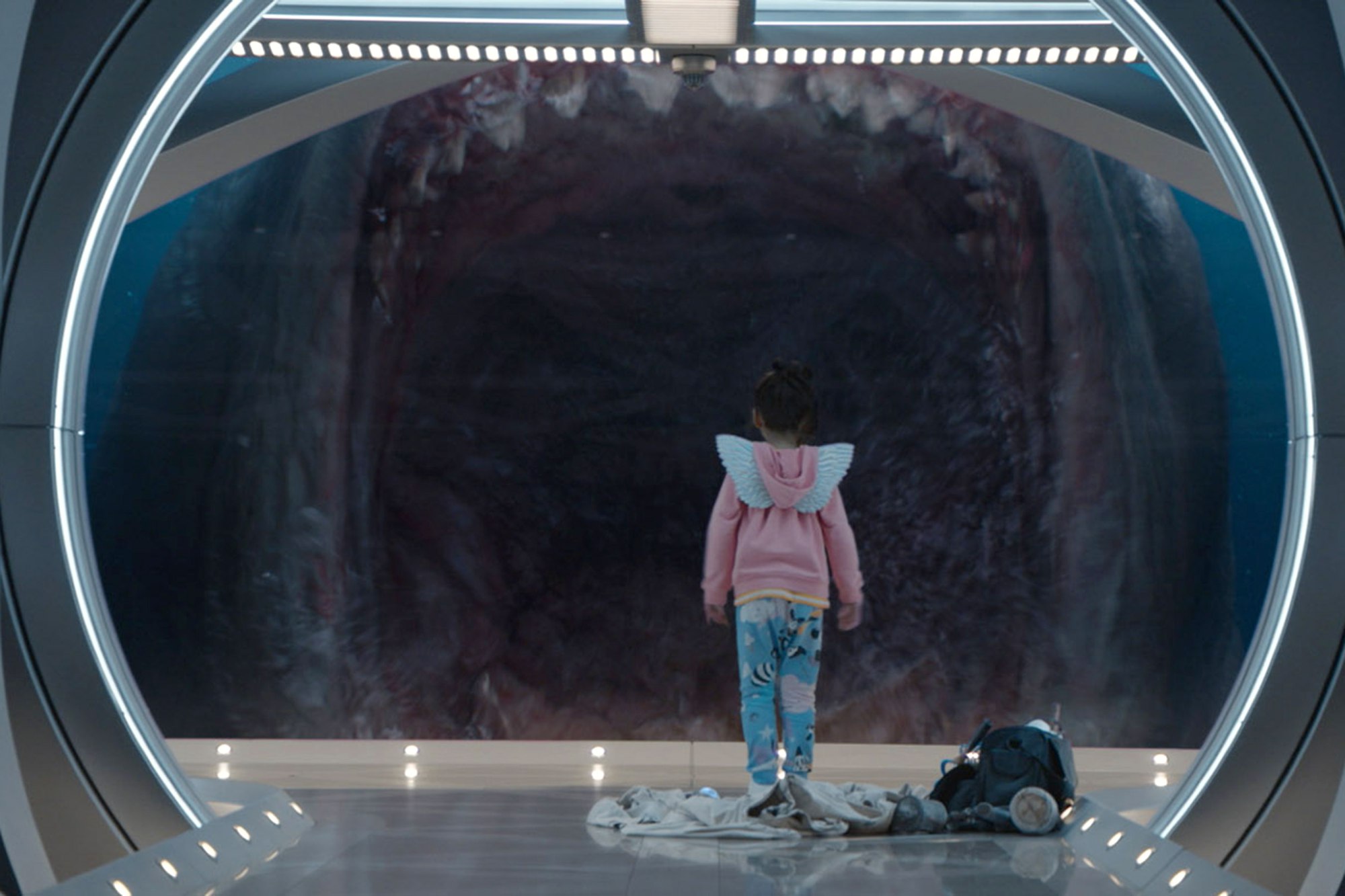 There are but two fleeting moments in The Meg that actually live up to the potential inherent in its “Jason Statham cockneys a giant shark in the face” premise. One is a cheeky bit of text right before the credits, which shan’t be spoiled. The other is, Shakespeare included, the best dialogue ever written by a human person. In summarizing recent catastrophic, shark-gobbling events, a stoic researcher opines with the soberest of tones, “It didn’t go our way. Not for [Person Currently Digesting in Shark]. Not for…SCIENCE!”

Purposefully creating a B-movie is like intending to accidentally discover penicillin. You can’t knowingly produce something that requires an unplannable degree of serendipity and shenanigans. It’s why Sharknado and Snakes on a Plane are violently unpleasant but They Live is gospel. Although The Meg applaudably plays things straight(ish), neutering almost all gore for the sake of a PG-13 rating and inserting way, way too much talking leaves it swimming like a lead-fed fishie.

Right off the bat, The Meg demands the suspension of all disbelief by asking audiences to believe that Jason Statham has feelings. He plays Jonas, a rescue diver who quits after a giant creature that only he saw prevents him from saving his teammates. Years later, he’s a drunk in Thailand who is actually pretty well-behaved, given that description and setting. After a research mission with his ex-wife goes deep blue in the sea, unintentionally releasing an ancient mega-shark, Jonas is convinced it’s safe to go back in the water again, like he’s never even heard that tagline.

Rainn Wilson plays Morris, a billionaire solipsist who is so evocative of Elon Musk that it’s easy to envision him calling a critic of his a pedophile on social media. Li Bingbing is given the thankless, nigh-impossible task of faking romantic chemistry with Jason Statham. Even less fortunate are Ruby Rose, whose character is a super smart science person reduced to comments about her appearance, and Page Kennedy, whose character is the kind of lazily offensive stereotype that can only be written by three white dudes named Dean, Jon and Erich.

Somehow The Meg feels exactly like a movie directed by the guy who did the Nicolas Cage adaptation of Mickey Mouse’s The Sorcerer’s Apprentice. In all fairness, Jon Turtletaub agreed to direct the film back when it was a hard-R romp and not a swim through stale, stagnant water, and Statham is on record, poignantly asking “Where’s the f**king blood? It’s like, ‘There’s a shark.’” It’s almost like there’s not really a shark there at all, Jason.

It’s delightful that cult-classic B-movies continue to elude studios intent on exploiting those of us who truly love them. In an era so commodified and coldly, capitalistically calculated, it’s a beautiful thing that audiences remain the staunch arbiters of this one sub-genre. The Meg is many things, most of those things are boring. What it isn’t and never will be is a beloved cult flick that is surprisingly profitable or genuinely cherished.