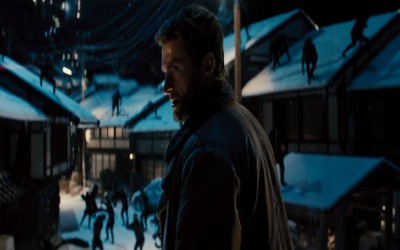 X-Men Origins: Wolverine was the kind of movie that is released with apologies and finger pointing. After his first solo stint landed with the grace and majesty of a wet fart, odds were stacked against a sequel for Wolvie. But if Hugh Jackman can forcibly warble Les Miserables to more than $400 million worldwide, there is literally nothing he cannot do. And so we get The Wolverine, a movie that pretends X-Men Origins never happened, just like the rest of us.

The Wolverine is based on the defining comic book miniseries by Frank Miller and Chris Claremont. Well, based on may be too strict a term for the liberties taken with that classic, intelligent work. Let’s just say that director James Mangold and writers Mark Bomback and Scott Frank probably at least read the miniseries. They primarily borrowed the setting (Japan) and the henchmen (ninjas). But the fate of the characters are different, the thematic thread is altered and the miniseries definitely didn’t have a cameo from Famke Janssen.

The film opens with Logan (Jackman) at his burly lumberjack-iest. He’s living in an actual cave until Yukio (Rila Fukushima) finds him and brings him to Tokyo to reunite with Yashida (Hal Yamanouchi), who Wolverine saved from the nuclear bomb at Nagasaki by laying on top of him in a well. All these years later, and Yashida is a tech mogul and billionaire who is dying. His scientist (Svetlana Khodchenkova) has developed a means by which to siphon Logan’s healing powers that grant him immortality and inject them into himself. He thinks Logan will leap at the chance to finally be mortal. Logan does not.

Even though he’s depressed about Jean Grey’s (Janssen) death in another previous terrible X-Men sequel, he wants to live. Especially after he meets the lovely Mariko (Tao Okamoto), who is engaged to Noburo (Brian Tee) because her father Shingen (Hiroyuki Sanada). Because it’s a Western film about Eastern culture, everything comes back to concepts of honor and loyalty, traits that have been almost fetishized by mainstream American entertainment. Still, the change of scenery allows for a killer setpiece action sequence on a bullet train and plenty of ninja fighting. And there ain’t no kind of fighting like ninja fighting!

Jackman is actually given things to do this time, which was probably nice for him after trying to will X-Men Origins to not suck by sheer charisma and failing. Equally pleasing is the fact that Yukio and Mariko are not presented as delicate Asian flowers. Each has complex story arcs that exceed being kidnapped and demonstrate martial arts prowess. Sure, that invokes the weird assumption by foreigners that all Asian people can kung-fu fight, but it’s nice to see women in a comic book movie do more than squeal for help.

Because the bar wasn’t just lowered by the last installment, it was buried in a deep grave, The Wolverine being “pretty good” seems like a miracle. It isn’t. But it’s watchable, satisfying and a less harmful way to scratch your Jackman itch than his last few offerings.