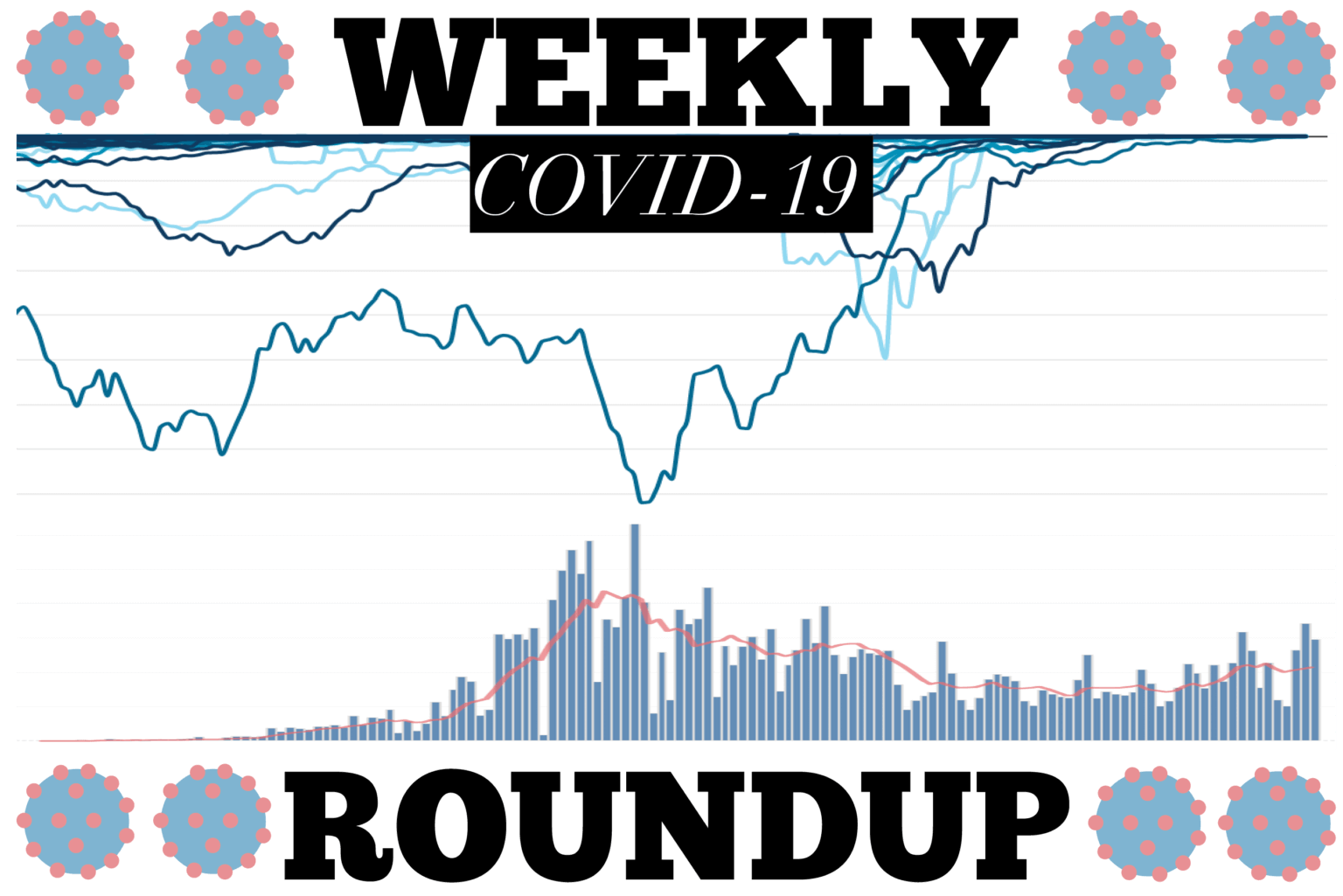 Where should we start this week?

Do we talk about how Nebraska’s daily COVID-19 cases are through the roof? Or that Gov. Pete Ricketts imposed meek directed health measures to limit spread? Or that states recently submitted their plans to distribute a vaccine (which if you believe President Donald Trump we should have by now) with no plans on how to distribute it?

Let’s start with the local data. Nebraska’s meteoric rise in COVID-19 currently has it 14th in the country for new cases per 100,000 residents. The Dakotas, Iowa and Wisconsin are all posting high infection rates along with virtually every southern state.

It’s a little redundant to say Nebraska is breaking records for daily COVID-19 cases because every day is a new record, but as of right now we are just shy of double the amount of daily cases on a seven-day average that we had back in May, the previous peak until we passed it back in late September. Douglas County’s daily caseload on an average—265 cases as of today—is about 1.6 times its previous peak.

Part of this rise can of course be attributed to higher testing. Since the state started reporting its “Number of specimens tested” metric, it’s not uncommon to see well over 10,000 test performed in a day. More than a fourth of the state has also been tested. The positivity rate is slightly lower than, coming it at right around 10%. But if we were to solely attribute the rise in cases to an increase in testing it’d have to be much lower.

And what’s more we’re not only seeing an increase in cases, but an increase in hospitalizations. Many facilities are reaching or at their capacities in the Omaha metro area. This is a bad precedent as we’re only starting to get into flu season, which killed more than 34,000 people across the country last year.

To reverse the pandemic, it would seem to any lay person we’d need quick and decisive action. Gov. Pete Ricketts imposed new directed health measures that limited indoor gatherings to 50% capacity. Tables and bars and restaurants are limited to eight people. Ricketts continued to dismiss the need for harsher mandates in an interview with The Omaha World-Herald such as a statewide mask mandate which health officials have practically begged for along with stronger directed health measures. Ricketts also continued to echo a need for personal responsibility.

To put Nebraska’s in response I thought I’d take a look toward places that have thus far handled the pandemic better than the United States—basically every other country in the world. In September, Israel became one of the first developed countries to reimpose its lockdown. At the time it had reported an average of 3,398 cases, or 382 cases per million people. Today, Douglas County has an average of 464 cases per million people. Other countries like France, Spain and Germany have imposed partial lockdowns while the U.K. imposed new restrictions that closed pubs and bars after 10 p.m.

A few weeks ago University of Nebraska Medical Center and Nebraska Medicine doctors made a statement that the state was approaching a dangerous period in the pandemic. We needed strong leadership, new directed health measures and more bold action to get the virus under control

From my standpoint that’s not happening. And it seems like it’s only going to get worse.

So finally, if we’re not willing to reign in the virus with social distancing and mask wearing, I guess that leaves the vaccine. The Texas Tribune reported yesterday that if a vaccine was available next month, most Texans wouldn’t have access to it until July of next year, according to the state’s distribution plan. Colorado had a similar plan of prioritizing health care workers and nursing home residents first, but it’s unclear when the vaccine would be available to everyone. It’s the same story for many in the nation.

This all to say nothing about the continued skepticism of the effectiveness and safety of a vaccine. Dr. Anthony Fauci, who was the target of President Trump’s ire in a recent recorded phone call, said that feeling is still pervasive.

“It would be a terrible shame if we have—and I think we will have—a safe and effective vaccine but we’re not able to widely distribute it to those who need it,” Fauci said in a virtual event for the National Academy of Medicine on Monday.

So where do we go from here? I’m not sure. A few weeks ago I posed the question that public health officials were trying to tell us we were in a crisis, but would we listen. With everything that’s happened since, I think it’s safe to say those cries have fallen on too many deaf ears.