Home » Specials » A firsthand account of school suspension and trauma

When I was three 3 years old, I was expelled from preschool because — as my mother remembers it — I was “acting too grown.”

I was a preschool dropout.

My elementary experience was similar. Whether it was me “acting too grown,” fighting over something silly or passing letters because I was bored, the end result was the same: I was suspended, and because my mother worked, my Aunt Linda and my grandma watched me.

It was the early 1990s, and on the East Side of San Antonio, Texas, where I grew up, the black community was unraveling. Crack cocaine had kidnapped black mothers and fathers, including my father. When my grandma saw me in the principal’s office, it was reminiscent of the countless times she had seen my father strung out on crack cocaine as he was being hauled off to the county jail. To my grandma, my schooling experience had become my father’s prison experience.

As I got older, rather than focusing on becoming better in school, I focused on getting out. The older I got, the less I attended school. I was chronically absent and despite a B+ average in high school, my mother was forced to pay a fine, to the courts, for my absenteeism.  I was assigned to a probation officer and sentenced to Saturday school and after-school detention for most of my 11th-grade year of high school to make up for all of the days I had missed. Despite skipping school and being suspended at nearly every grade level of K-12, I graduated from high school and tried college for a bit before dropping out. I eventually went back to college after a four-year hiatus, and in 2012, eight years after graduating from high school, I became the first woman — and just the second person — in my family to earn a bachelor’s degree. On the surface, it appeared as though the adult-me had outrun the school-suspended child-me.  On the surface, the trauma of being cast out by schooling, and the trauma experienced in my family had been conquered.

“We need you to come pick up Jason,” the director of my oldest son’s preschool said.

“Is he being suspended?” I asked.

“We don’t like to use the word ‘suspended,’” the director said. “We just call it going home for the day.”

That same year, my oldest two sons, Jason and Joah, who were 3 and 4 years old at the time, went “home for the day” nearly a dozen times combined. By 2014, my life was completely different than that of the 1990s. Having escaped poverty and married now, my husband, who was in the Air Force, and I were living in suburban Omaha. I was a published author, motivational speaker and founder of a nonprofit. But no matter the years and miles removed, that phone call took me back to my childhood; that of not only being told that I was a problem but actually believing it. While on the first of multiple calls that year with my children’s preschool, I was reminded that I could not outrun trauma, out-accomplish trauma, nor could I buy my way out of trauma. The trauma of my childhood experiences with suspension and those of my children permeated my core being. Similar to a solider, safe and away from the battlefields, having a reflexive duck-for-cover response after hearing a loud sound, suspension had “impaired my hearing.”  Every time the phone rang, the sound brought tears to my eyes as I was always expecting it to be a suspension phone call. The trauma impaired my sight. As I looked in the mirror, I no longer saw the accomplished woman, only a problem who had given birth to two problems.

For black families throughout the United States, this has become the norm as black children have become the most suspended students in the country, according to a report released in 2018 by the U.S. Government Accountability Office. According to that report and others like it, black boys are the most suspended of any group of students; and Black girls — the most suspended of all girls — have the highest-growing suspension rate of all students. Black K-12 students are nearly four times as likely to receive one or more out-of-school suspensions as white students. Among children in preschool, black children, who make up only 19 percent of preschool enrollment, represent 47 percent of out-of-school suspensions. Furthermore, according to a report released by UCLA’s Civil Rights Project, even among students with disabilities, who carry federal documents that are supposed to protect their civil rights (e.g. IEP and 504 plans), black students are unprotected as they are suspended more often than any other group of students with disabilities. Based on these statistics, it is easy to assume black children – as young as 3 and 4 years old – are the problem, that their behavior and emotional responses are particularly maladaptive to schooling.  However, black and white children do not behave very differently; it is the adult response that is different. Previous studies have shown that adults typically view black children as older, less innocent and more blameworthy compared with non-black children, including Latino children.

In my case, I was a curious child who asked a lot of questions and enjoyed talking. At home, my family, especially my father, called me smart and gifted. However, at school, preschool teachers interpreted that behavior as me “acting too grown.” These school discipline disparities are rooted in a history of the dehumanization and adultification of black children. Black children are treated like they should know better, adultified and are consequently robbed of the chance to be children. For example, in 2016, a group out of Yale University found that the early childhood educators tended to observe black students more closely, especially black boys. According to their study, early childhood educators expected black preschoolers to exhibit more challenging behaviors compared with their non-black peers. This has resulted in the increased likelihood of dropping out of high school, academic failure, grade retention and future incarceration – all things that are harmful and traumatic to black children and their families.

As the Trump administration is repealing federal protections that guard students from these discriminatory practices, the fight to disrupt and dismantle what is happening in schools must be fought at the local level – and must begin and end with black families. All across the nation, in cities such as Los Angeles; Portland, Oregon; and Dayton, Ohio, black families are fighting against school suspension and supporting behavior intervention. In Omaha, where black families are met with the same fate as black families nationally, the time to be vocal is now. The single-most-important first step of disrupting and dismantling school suspension disparities is for black parents and students to share their experiences. Additionally, because parents in other states have launched grassroots efforts to combat school suspension, it is important to study those successes. For example, Dignity in Schools – a national coalition of parents, youth and community organizers to end school pushout – offers a toolkit for parents, youth and organizers who want to combat school pushout. This toolkit includes organizing and campaign strategies as well as fact sheets and sample reports.

Right after desegregation, black parents tried to alert us of school suspension disparities. More than 50 years later, the cries of black parents have gone unheard, resulting in black children being the most pushed-out children in the country. However, at this time in history, black parents are lifting their voices in ways that are forcing school districts to hear us and see us. Omaha needs this kind of rallying. 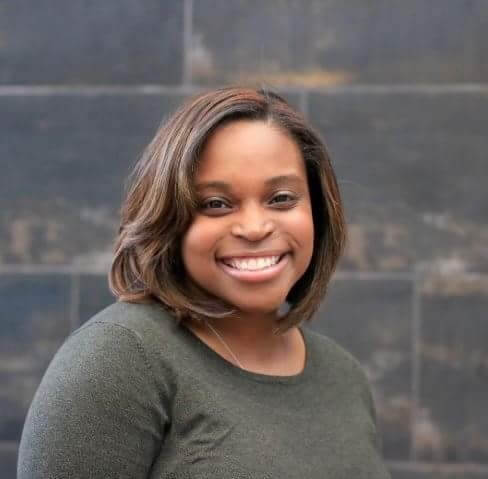