For the past several years Omaha has had an impressive theater selection—and this year keeps up the tradition. The arrival of fall is bringing about an array of season announcements that is sure to please people of all tastes. 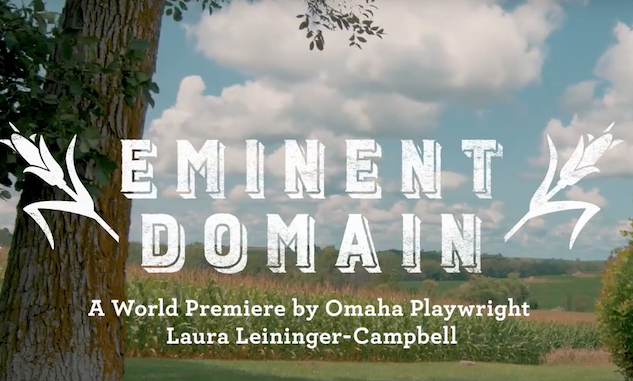 The Omaha Community Playhouse is the largest community theater in the county, and it lives up to that title. The Playhouses’ fall season consists of a variety of performances spanning across several genres.

First up is the Eminent Domain world premiere. Written by Omaha playwright Laura Leininger-Campbell, this production is touching on subjects that are close to home. Eminent Domain tells a story of a Nebraska family whose farm land is threatened by the construction of an oil pipeline. The plot illustrates a serious and grim battle being fought by Nebraska farmers today. If nothing else, this performance is a play written for the Nebraska audience. Eminent Domain will be performed in the Howard Drew theatre from August 25 through September 17. Audiences should be aware that adult language is used in Eminent Domain.

Next on the Playhouse’s schedule is the well-known musical Mama Mia! featuring the pop group ABBA’s music. The story in Mama Mia! observes the complex situation of a bride-to-be trying to discover her true father. By luring three possible candidates, Sophie puts her mother face to face with past lovers. This audience favorite has experienced one of the longest runs on Broadway and has received a movie rendition since its release. Mama Mia! will be performed in the Hawks Mainstage theatre from September 15 through October 15.

Following Mama Mia! is the Playhouse production of Stupid F@#%ing Bird. Under the direction of Suzanne Withem, this partial adaptation of Anton Chekhov’s The Seagull takes on the complex issues that take place in art and life. Following the story of several young people trying to make a name in the entertainment industry, Stupid F@#%ing Bird explores art, romance, and change. The production aims to be a funny, modern reimagining of a classic play. Stupid F@#%ing Bird will be performed in the Howard Drew theatre from October 13 through November 12. As one may conclude from the play’s name, Stupid F@#%ing Bird contains adult language and themes.

The Omaha Community Playhouse will continue their yearly tradition by ending their fall season with A Christmas Carol. Each year Omaha residents are given a chance to follow Ebenezer Scrooge on his exciting and terrifying journey to become a better person. Originally written by Charles Dickens and adapted for stage by Charles Jones, this play’s timeless message still holds up. A Christmas Carol will be performed in the Hawks Mainstage theatre from November 17 to December 23.

Chanticleer will be starting their fall season with G2K Cinderella, part of the Getting To Know series by Rodgers and Hammerstein. The Getting To Know series is aimed at helping recreate classic stories for younger audiences. This includes emphasizing the important messages to take away and formatting the storyline to better hold the attention of young minds. All the classic characters and songs are included in this youth oriented reimagining of Cinderella. G2K Cinderella will be performed from September 22 through October 1.

Finishing the Chanticleer fall theater season will be All My Sons. On a much more serious and darker note than the Chanticleer’s previous show, All My Sons is an Arthur Miller play that dives into the conflict struck lives of the Keller and Deever families. Two business partners go on to live very different lives after one is jailed and the other is let free following the failure of their product. The two families become intertwined in more ways than one leading to a dramatic climax. All My Sons will be performed from November 10 through November 19. 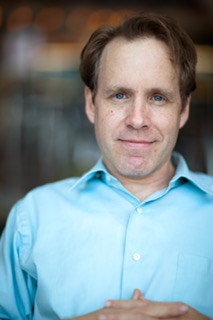 The BLUEBARN Theatre will be giving the Omaha theater crowd a regional premier and a returning original cast during its fall season.

The second show of the BLUEBARN fall lineup is The 39 Steps. The BLUEBARN’s production of The 39 Steps will feature the returning original cast in this comedic journey. Much more lighthearted than the theater’s previous performance, this comedy is inspired by Alfred Hitchcock’s 1935 film by the same name. The theatrical interpretation boasts creative stagecraft and a glut of characters played by only a handful of actors. The 39 Steps will be performed from November 24 through December 17.

SNAP! Productions will begin its fall season by revisiting the first play ever performed by the theater, Bent. The plot follows the unexpected and forbidden love between two male prisoners in Nazi Germany. Max, the main character, learns the importance of loving others throughout the course of the performance. Bent explores the often overlooked and brutal treatment of gay people under Nazi rule and occupation. As Omaha’s self-proclaimed diversity theater, Bent is certainly a fitting play. Bent will be performed from August 24 through September 17.

Those who are seeking family friendly theater can find just that at Omaha’s Rose Theater, which specializes in entertainment for all ages. This year the Rose will be giving young theater fans several theatrical performances that will even hold a child’s attention.

Babe the Sheep Pig is heading up the Rose’s lineup this fall. Based on the book that spawned the Oscar-winning movie, this play follows the story of Babe—a piglet that arrives on a farm. With advice from an old sheepherding dog and through his own innovation he develops his own methods for herding the farm’s sheep. This journey eventually leads the little pig to a sheep herding tournament where he is given the daunting task of proving himself as a sheepherding pig. The show is recommended for children ages 5 and up. Babe the Sheep Pig will be performed from September 8 through September 24.

The Rose will follow up with Madagascar: A Musical Adventure, the musical stage adaptation of the DreamWorks’ film Madagascar. The musical will feature all the main characters from the film, including Alex the Lion, Marty the Zebra, Gloria the Hippo, and Melvin the Giraffe. Using the same premise as the film, a band of Central Park Zoo animals are found in unfamiliar territory after accidently ending up in Madagascar. Far from the familiarity of their old lives, the group of friends go on an adventure to return to their lives of comfort. Madagascar: A Musical Adventure will be performed from October 6 through October 22.

Finishing off the Rose’s fall season will be finished off by the world premiere of Van Gogh & Me. Mathew Gutschick, the Rose’s artistic director, wrote the play specifically for the Rose’s stage. Van Gogh & Me is based on the actual friendship that existed between the artist Vincent Van Gogh and Adeline, a young girl living in small town. The real-life Adeline grew up as prominent voice in correcting the often-false portrayal of Van Gogh. Van Gogh & Me’s on stage story dives into some of the complex issues that surround Van Gogh, such as bullying and the effect of mental illness. Given the heavier themes portrayed in Van Gogh & Me the performance is recommended for children ages 10 and up. Van Gogh & Me will be performed from November 3 through November 12.

This preview wouldn’t be complete without the inclusion of the Orpheum, one of the most prominent venues in Omaha. Known for consistently reeling in national acts to the Omaha stage, the Orpheum’s fall season lives up to the theater’s legacy. Shows typically don’t stay long at the Orpheum so fans should be sure to make plans and purchase tickets in advance.

Next on the Broadway series is Disney’s The Little Mermaid, based on the popular children’s movie by the same name. Main character Ariel is curious about the world on dry land and the lives of humans. Through musical numbers, friends, and curiosity Ariel gets to experience another world and overcome the obstacles that stand in her way. The production will feature music from eight-time academy award winner Alan Menken. Disney’s The Little Mermaid will be performed from November 7 through November 12.

Finishing the Orpheum’s fall Broadway performances is Waitress. This final performance of the year is an uplifting musical about Jenna, a small-town waitress stuck in an unhappy marriage. An unexpected pregnancy and an affair take Jenna down a difficult path.  After getting herself stuck in a complex situation, she finds a pie baking contest as her way out. Waitress is based on the 2007 movie by the same name and will be featuring music by Sara Bareilles. Waitress will be performed from December 12 through December 17.

The 2018-2019 theater may be quite a way into the future, but it is worth noting that in April the Omaha Performing Arts announced that sometime during the 2018-2019 theater season Hamilton will be coming to the Orpheum. Omaha Performing Arts felt the announcement should be made a year early given the musical’s popularity. For those who don’t know, Hamilton was easily the most popular Broadway performance of the past year. The date hasn’t been set yet, but those set on getting tickets should stay alert as tickets are going to be bought up quick.

University of Nebraska at Omaha

Those looking to watch aspiring thespians, directors, and crew members in action can support blossoming performers by attending university theaters. The University of Nebraska at Omaha has released their season lineup for the 2017-2018 school year.

The University of Nebraska at Omaha is incorporating the theme of revolution in their theater season which is starting with Our Town. While Our Town may not focus on literally revolutionary matters, the play did change the face theater with its presentation. Our Town was originally performed in a theater that was stripped bare, with only seats for the audience. This decision, according to Professor Scott Glasser, forever changed how people would create theatrical performances. The plot of Our Town is carried by the Stage Manager who speaks directly with the audience throughout the course of the show. Our Town will be performed in Weber Fine Arts Building theater from September 27 through September 30 and again from October 4 through October 7.

The next performance at the University of Nebraska at Omaha theater is Spring Awakening. While Our Town dealt with a theatrical revolution, Spring Awakening takes on the plot of a social revolution. It should be noted that UNO’s theater will be performing the 2006 musical recreation of the 1891 play of the same name. While the plots are similar, the 2006 version incorporates more contemporary themes and a rock score representative of Spring Awakening’s rebellious topics. The play follows the stories of adolescent boys who are taking their first steps into adulthood. Development and exploration of sexuality are prime topics of Spring Awakening. Spring Awakening will be performed in the Weber Fine Arts Building theater from November 15 through November 18, November 29 through November 30, and December 1 through December 2.